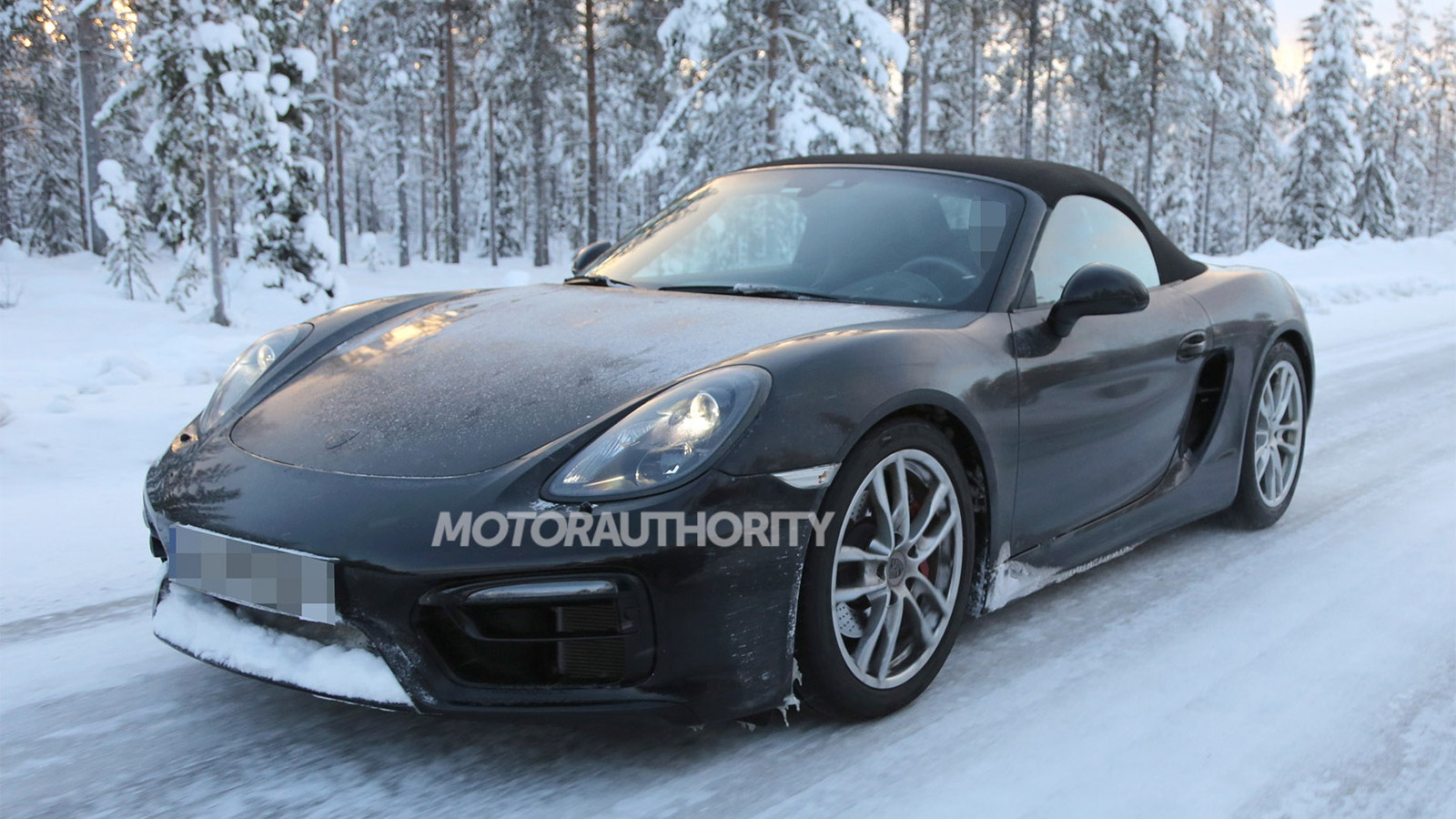 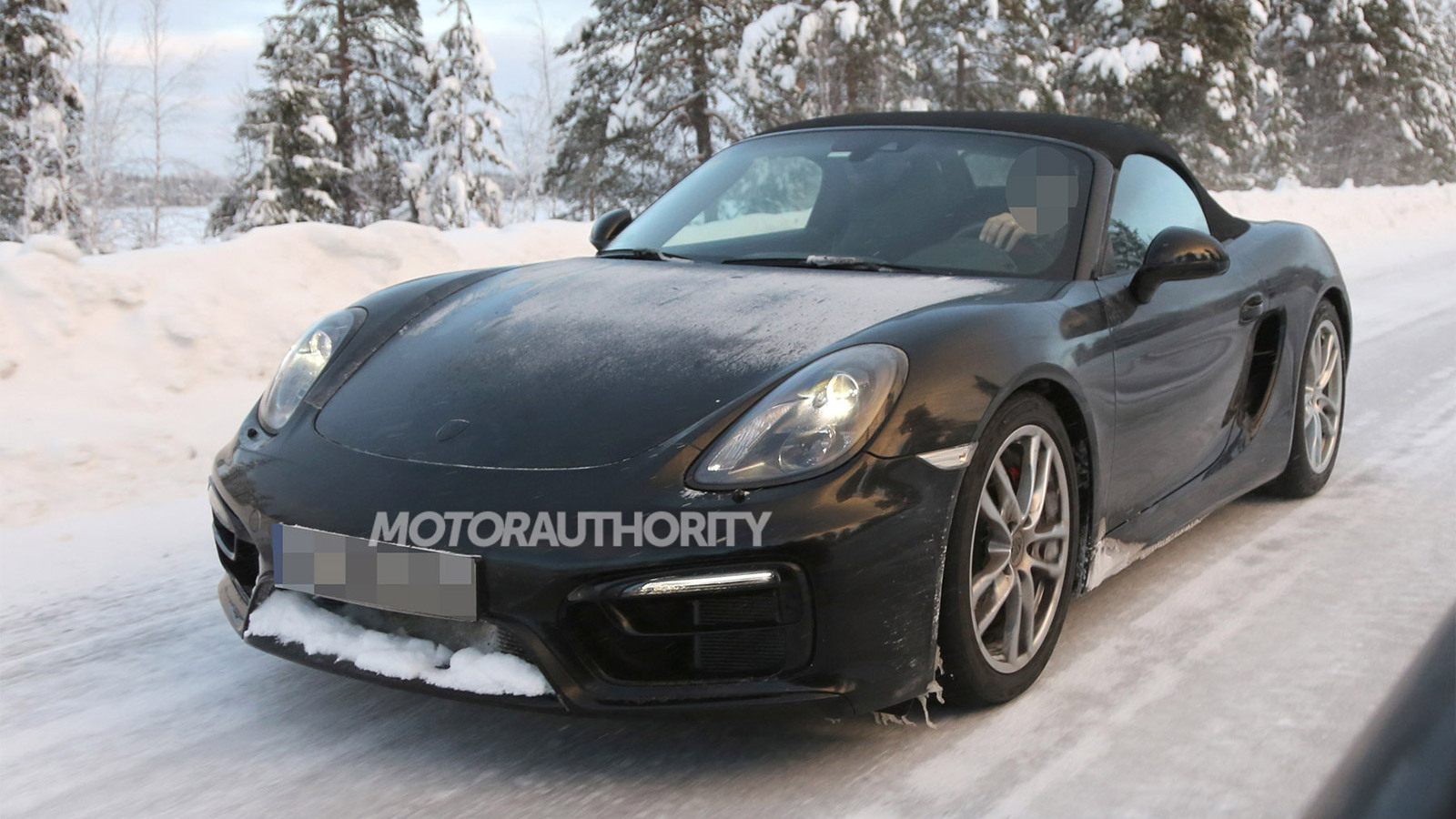 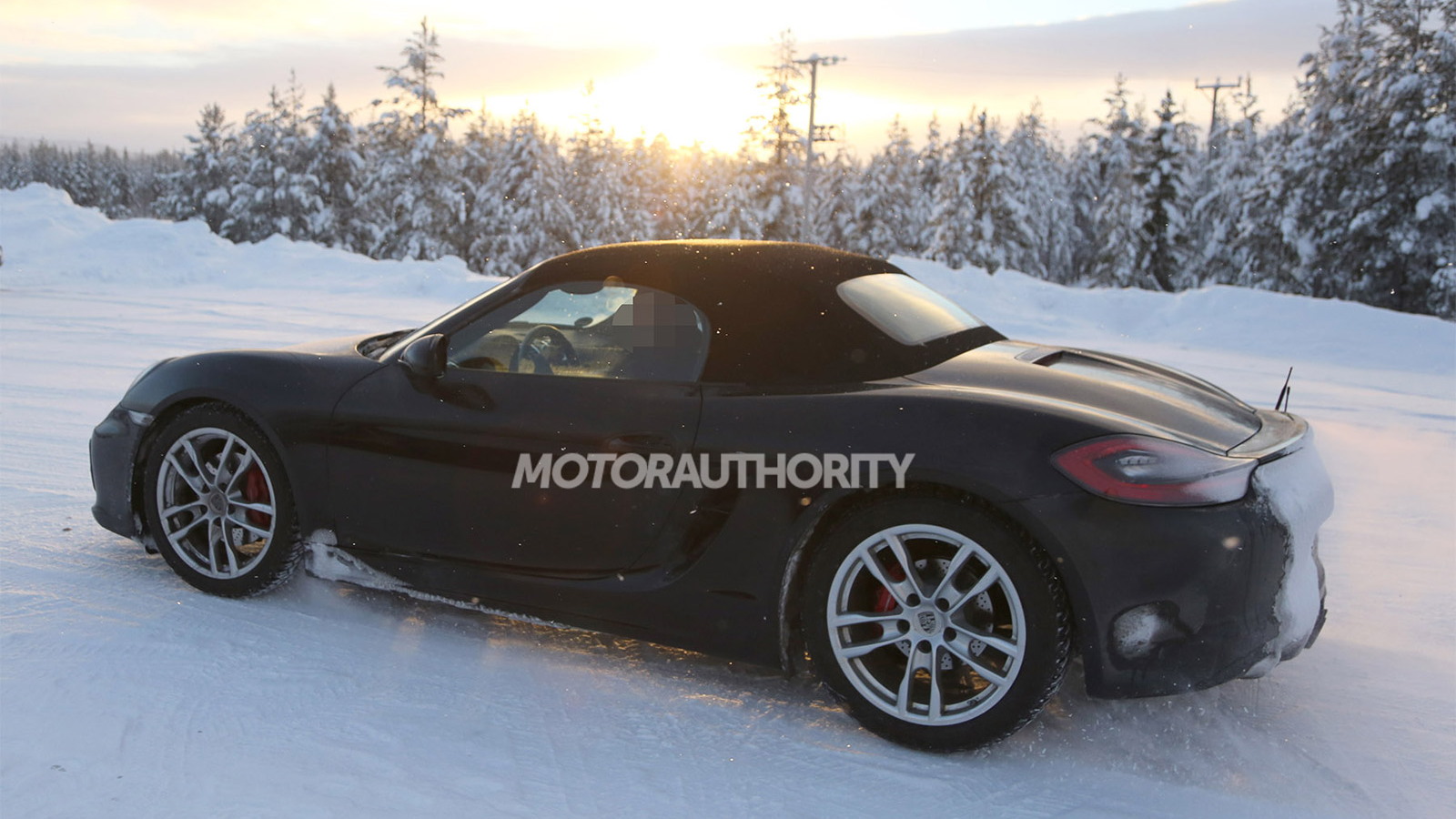 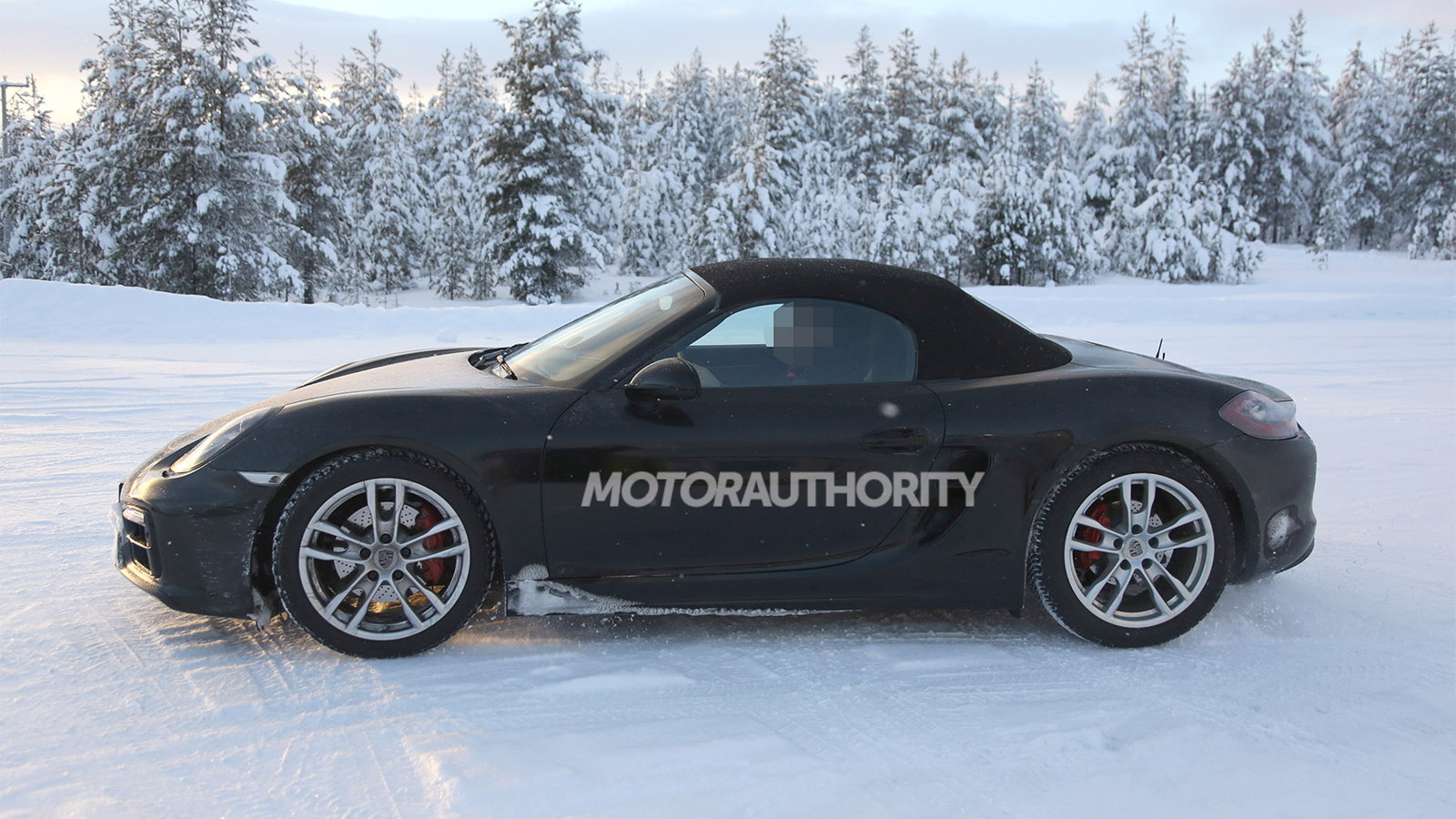 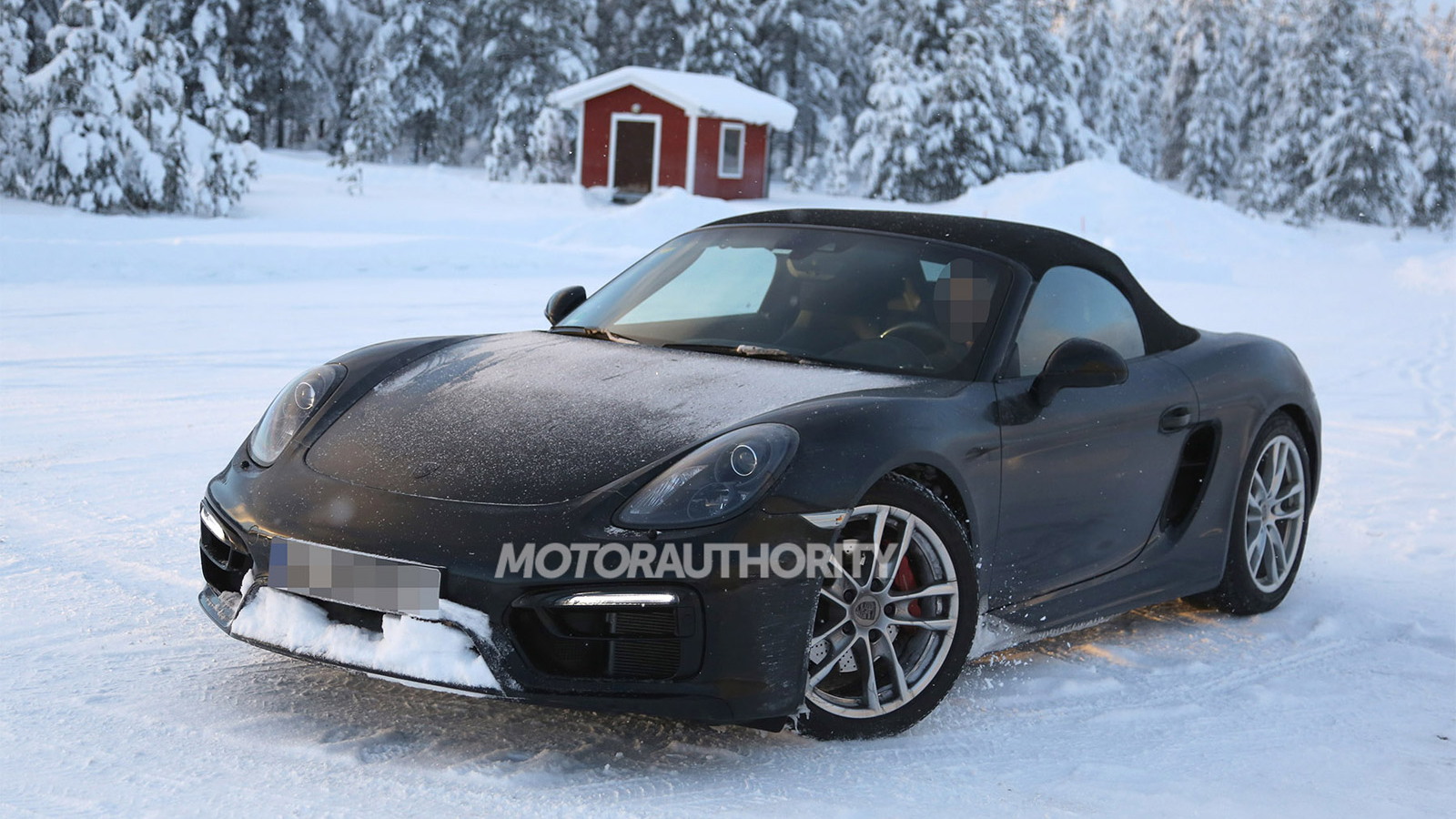 10
photos
The Porsche Boxster is a favorite at Motor Authority. In fact, the latest generation of the car won our Best Car To Buy 2013 award. That’s because the Boxster sums up almost all of what a luxurious, fun, and timeless sports car should be, and it’s got a reasonable pricetag to boot.

Never one to rest on its laurels, Porsche is working on a tweaked version of the car that’s likely to wear the automaker’s GTS designation. Porsche’s GTS models are aimed at buyers after something sportier than the regular S models and are typically adorned with a slight bump in power, tweaked aerodynamics and stiffened suspension.

A Boxster prototype has just been spotted and is said to be for an upcoming Boxster GTS. We can clearly see the bumpers are new--at the front there are new intakes and LED daytime running lights, while at the rear there is a new diffuser insert--and the wheels are also new. A Cayman prototype was spotted alongside this Boxster one, confirming that both cars will receive the GTS treatment.

According to alleged presentation slides from a Porsche dealer meeting, which were obtained by Jalopnik, the Boxster GTS and its Cayman GTS twin will also benefit from a 15-horsepower bump in output over their respective S models, meaning 330 horsepower for the Boxster GTS and 340 horsepower for the Cayman GTS. The cars are said to also benefit from Porsche’s PASM active suspension damping as standard.

Unlike previous GTS models, Porsche’s PDK dual-clutch should be offered as an option alongside the standard manual transmission.

A debut is expected soon, at either March’s Geneva Motor Show or April’s Beijing Auto Show, meaning we may see the cars in showrooms by the summer. Pricing is expected to start around the $75,000 mark.