We suspect--and this is just a hunch--that cutting-edge infotainment won't be first on the list of priorities for buyers of the new 2015 Ford Mustang. Nevertheless, in-car entertainment is an essential aspect of modern vehicles and Ford Motor Company [NYSE:F] would have been foolish to hamstring the latest 'Stang with out-of-date technology, so instead it's home to the latest generation of Ford's SYNC AppLink technology.

Announced at the 2014 Consumer Electronics Show this week, where the Mustang was named car of the show, AppLink pairs your vehicle with functions on your smartphone, allowing you to use your favorite mobile apps on the road. Mercifully, following early criticisms of SYNC, Ford has simplified the latest version making integration easier than ever before.

Among the new AppLink's new features, drivers can now launch apps from their mobiles more easily using the SYNC voice button on the steering wheel and saying the name of the app. This cuts out an extra menu layer over the previous system, streamlining the experience. Apps can also access a wide range of vehicle data such as speed and location, allowing greater personalization of the user experience. One of the greatest benefits of this is using the car's GPS signal rather than those of your smartphone for location data--lending greater accuracy to location-based services.

READ: First 2015 Ford Mustang GT To Be Sold At Auction

Voice commands normally used for your mobile device will also be recognized by the car, using a voice pass-through capability. Should you have a notification via email, or text message, or one of your multiple social media accounts, AppLink also allows SYNC to read these aloud, should you choose.

And if all of that still sounds like too much hard work, there's still those 2.3-liter turbocharged, V-6, or V-8 engines to enjoy... 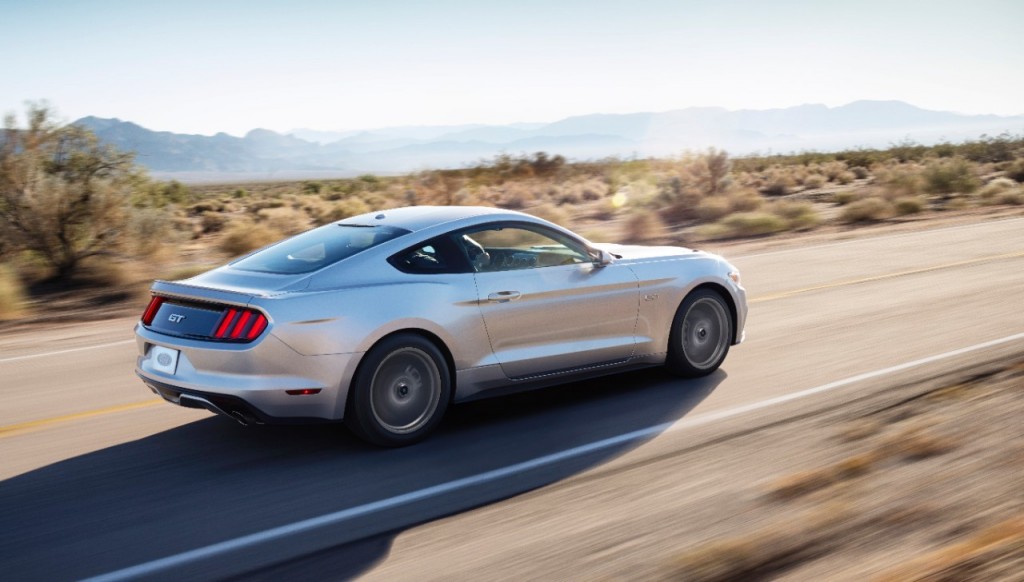