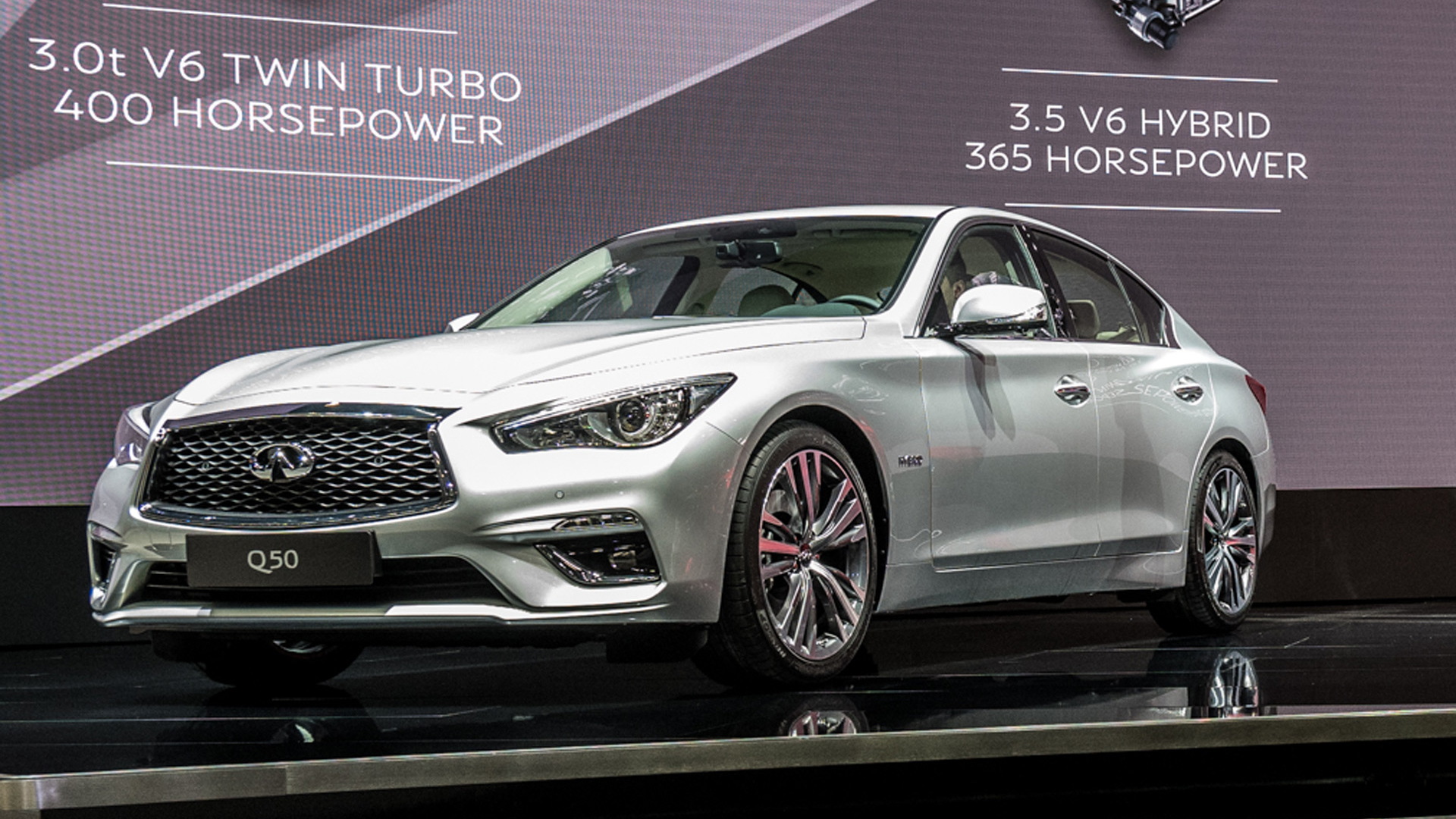 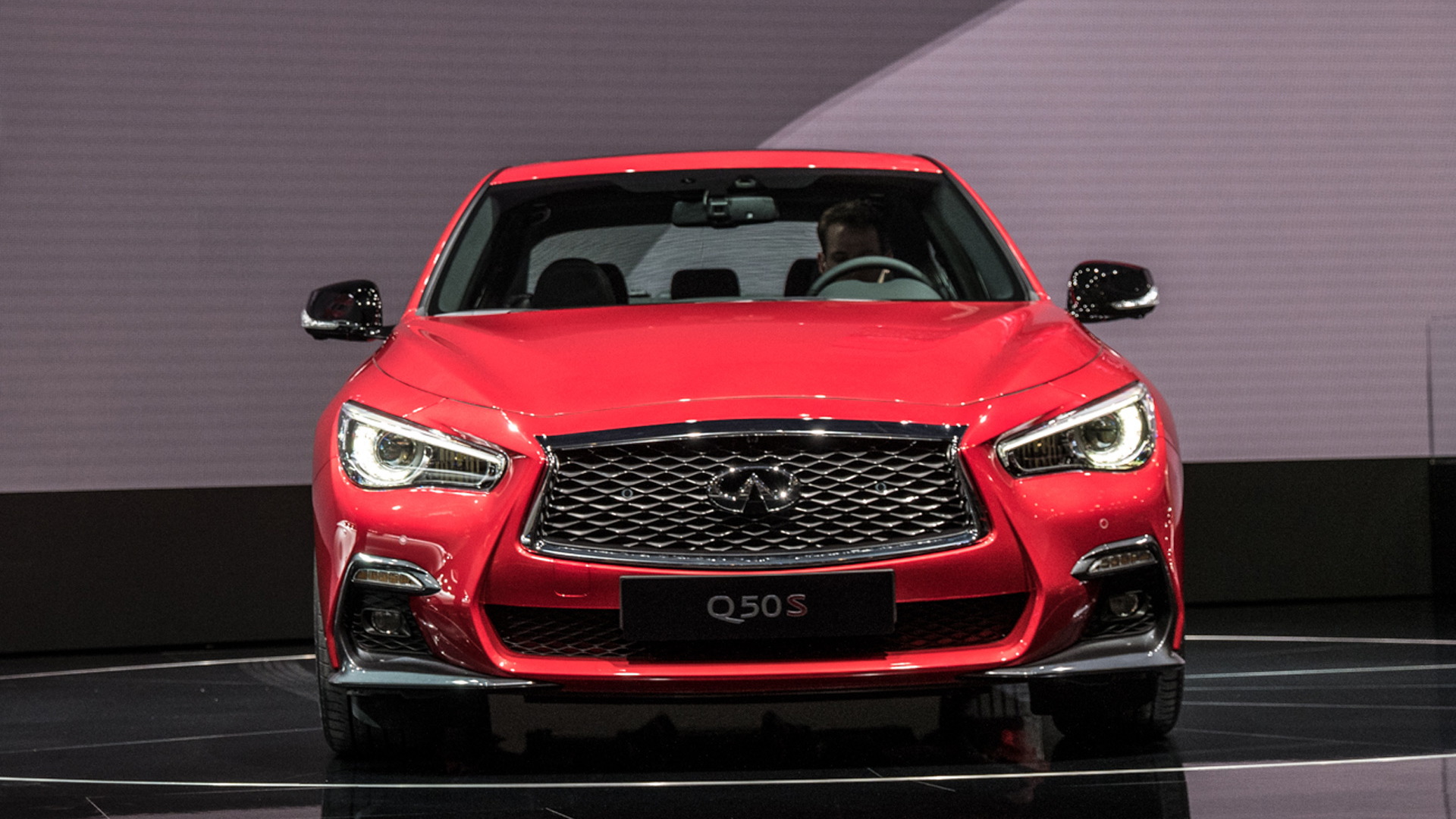 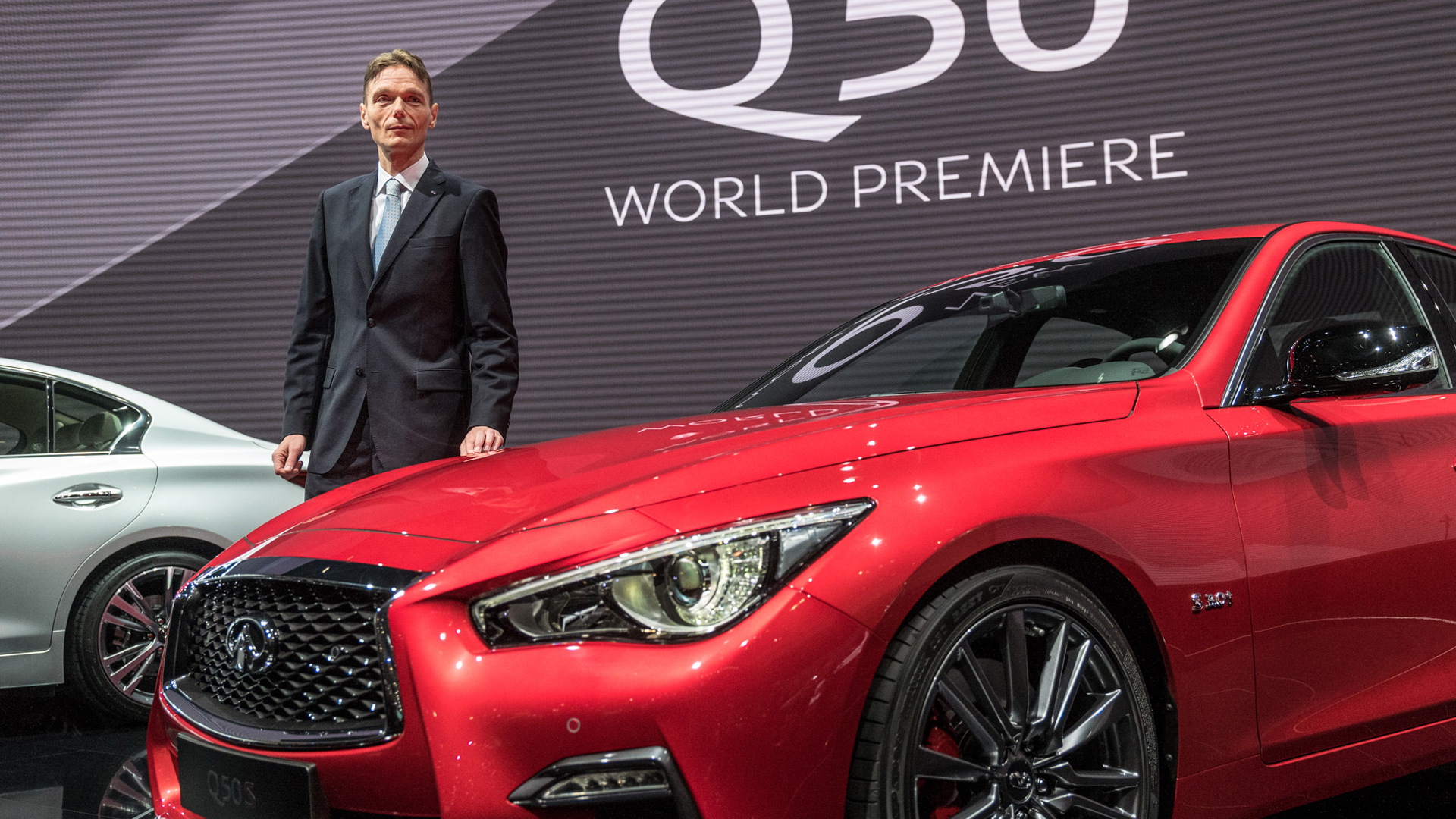 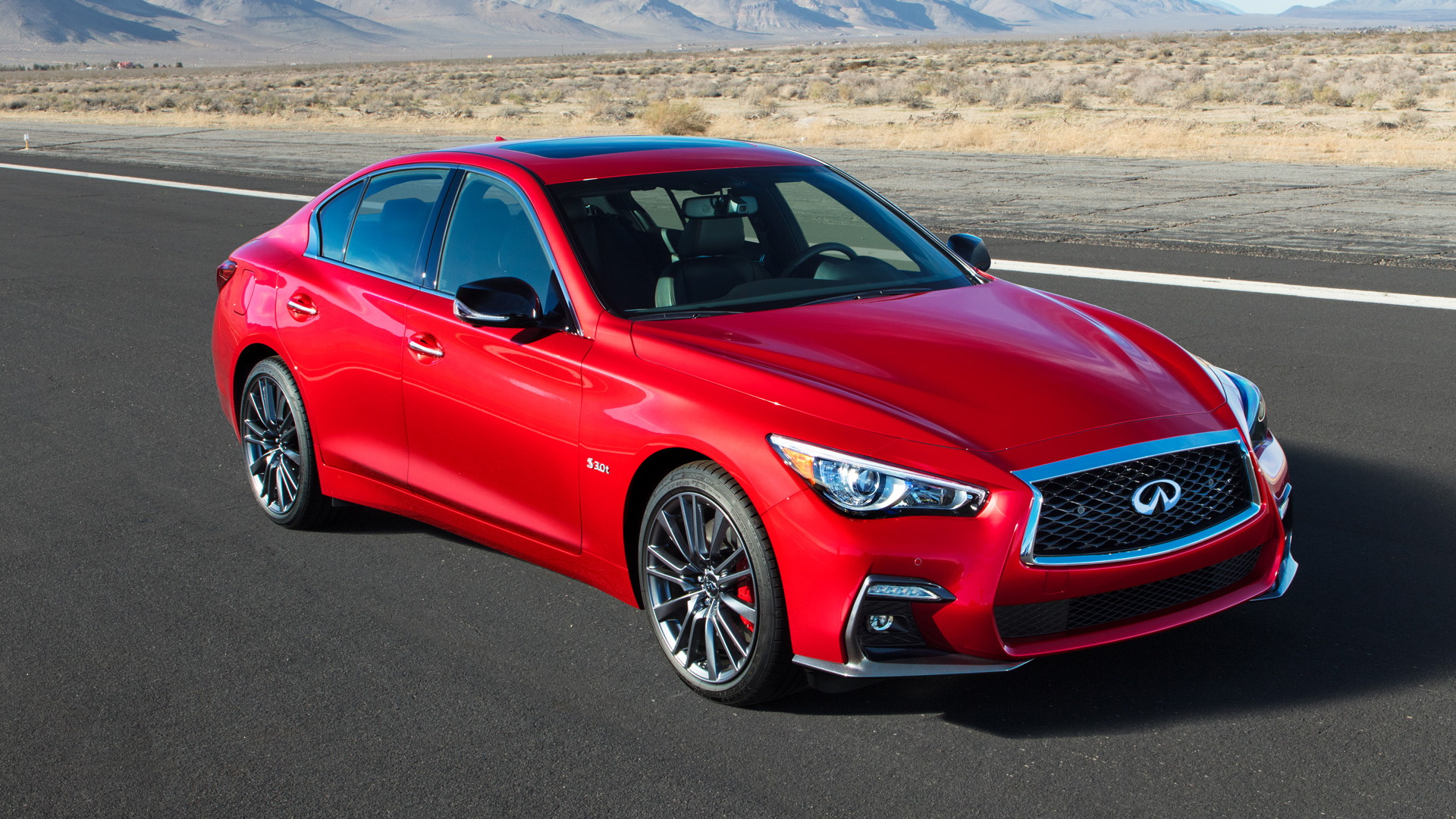 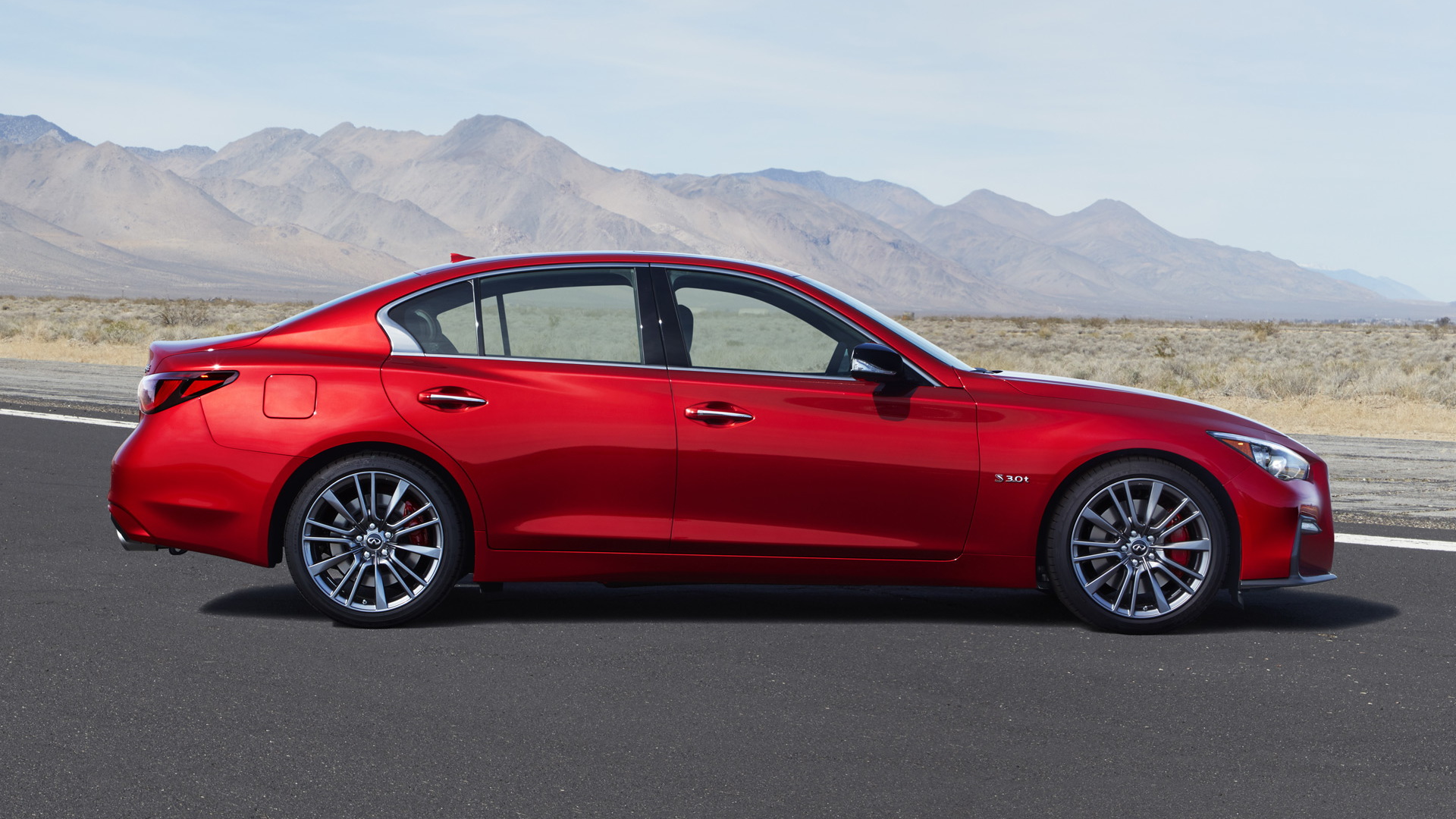 The Q50 was the first model to utilize Infiniti’s Q-based naming strategy when it arrived on the scene four years ago. The car is now at the midpoint in its life cycle and to keep it looking and feeling fresh Infiniti has made some updates.

Those updates are being introduced on the 2018 Q50 which debuted in March at the 2017 Geneva auto show. It’s due to go on sale this summer.

The visual tweaks are minor and consist of new bumpers plus revisions to the grille and lights, though there’s now greater differentiation between the grades, especially in regards to the range-topping Q50 Red Sport 400 model whose bumpers are more pronounced. Below the Red Sport 400 are the new grades Pure, Luxe and Sport.

The changes are equally mild in the interior. Here, too, the new grades provide greater differentiation. A leather-like trim now surrounds the instrument panel and is finished with double stitching, while new wood elements can be ordered to further accent the dash. There’s also Infiniti’s latest infotainment system which relies on two touchscreen displays (8.0-inch upper and 7.0-inch lower), plus a new, more ergonomic steering wheel.

One final change worth mentioning is the introduction of ProPilot. This is Nissan and Infiniti’s new banner for electronic driver assist features, including self-driving technology. On the 2018 Q50, ProPilot includes adaptive cruise control, collision warning, blind spot warning and intervention, and lane departure warning and prevention.

No changes are found under the hood as the Q50’s powertrain lineup was just expanded for the 2016 model year with a new 3.0-liter twin-turbocharged V-6. Also in the lineup are 2.0-liter turbocharged inline-4 and V-6-based hybrid powertrains.

For more on the Infiniti Q50, read the in-depth reviews at The Car Connection.