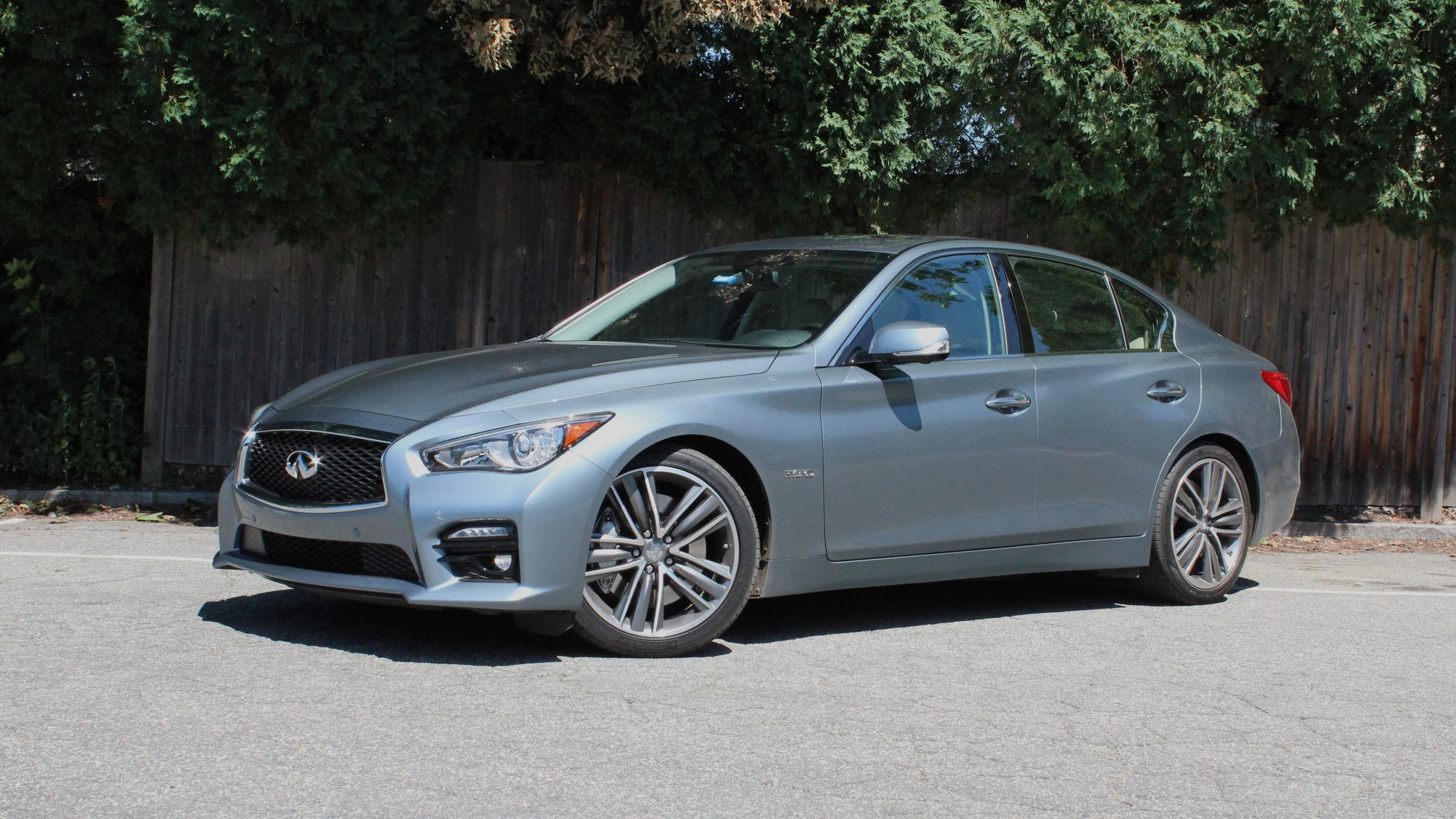 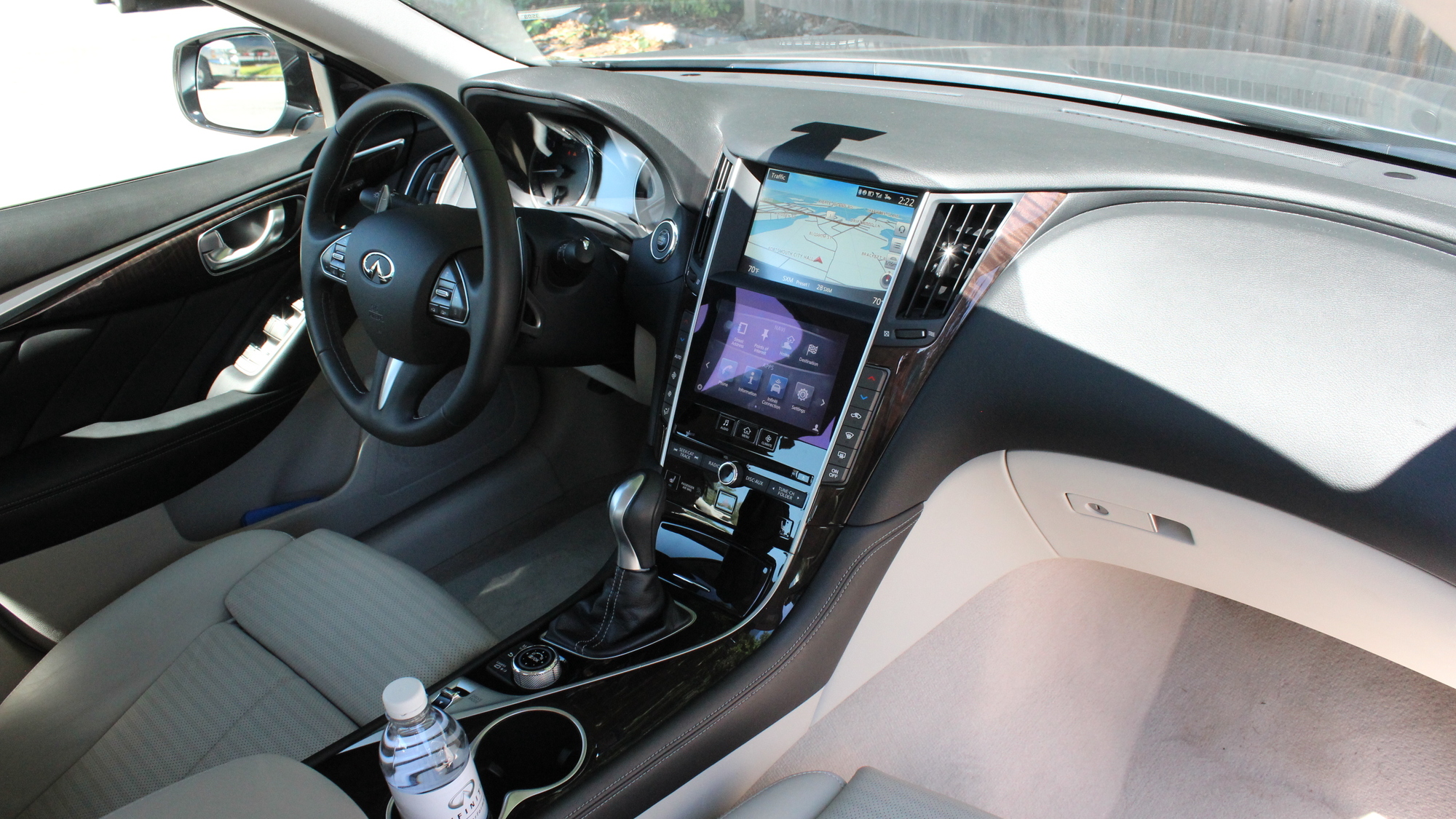 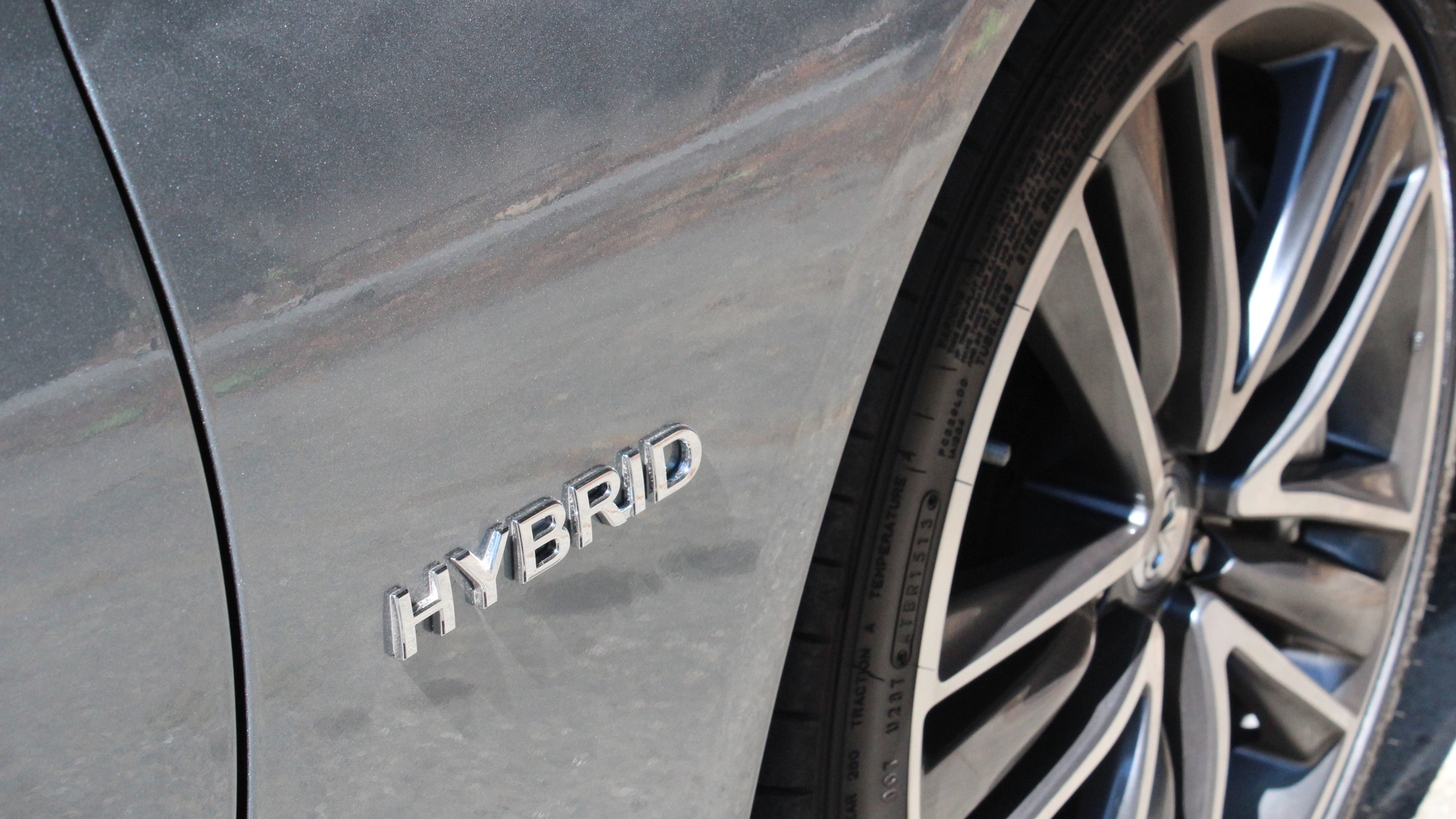 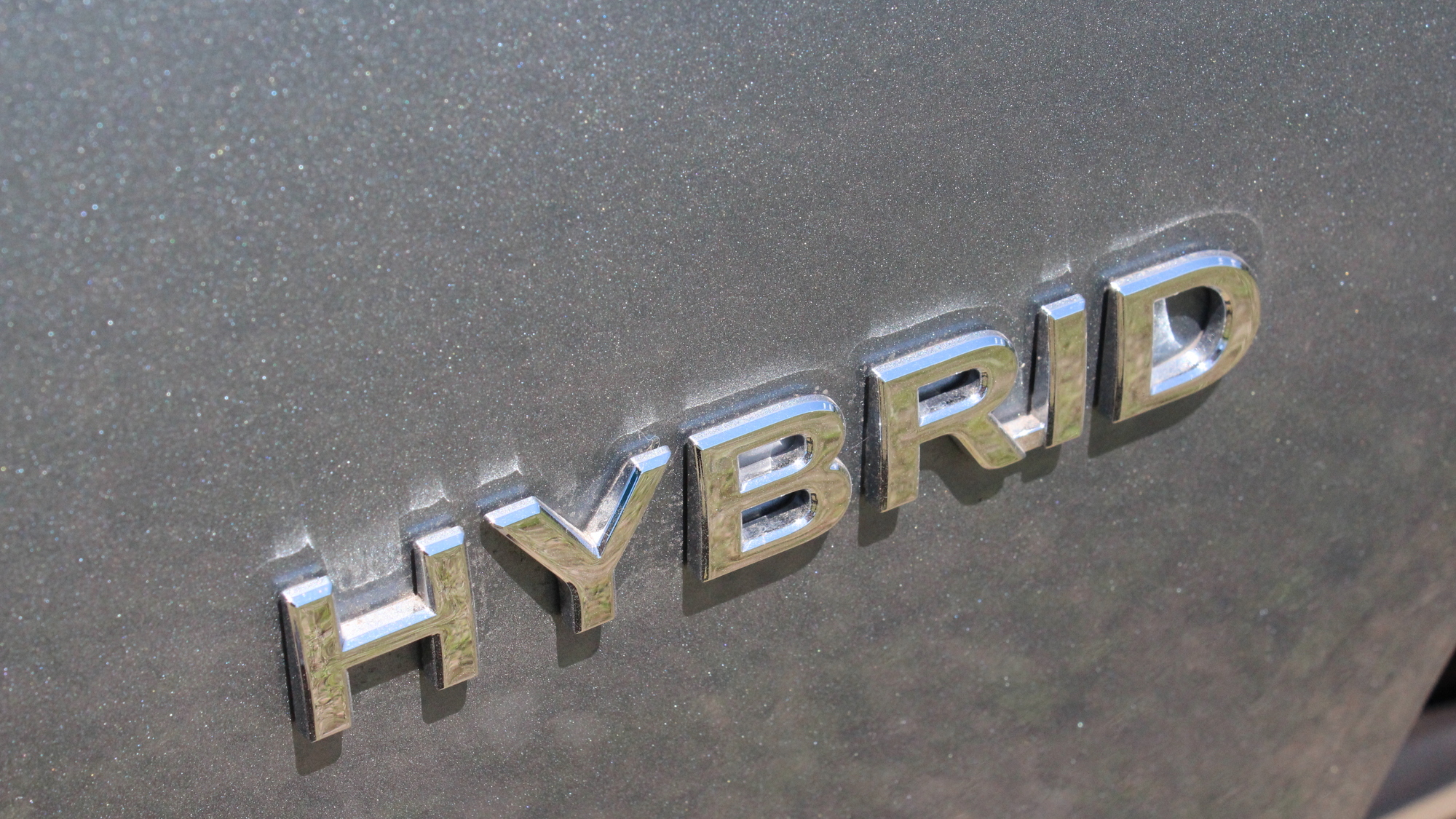 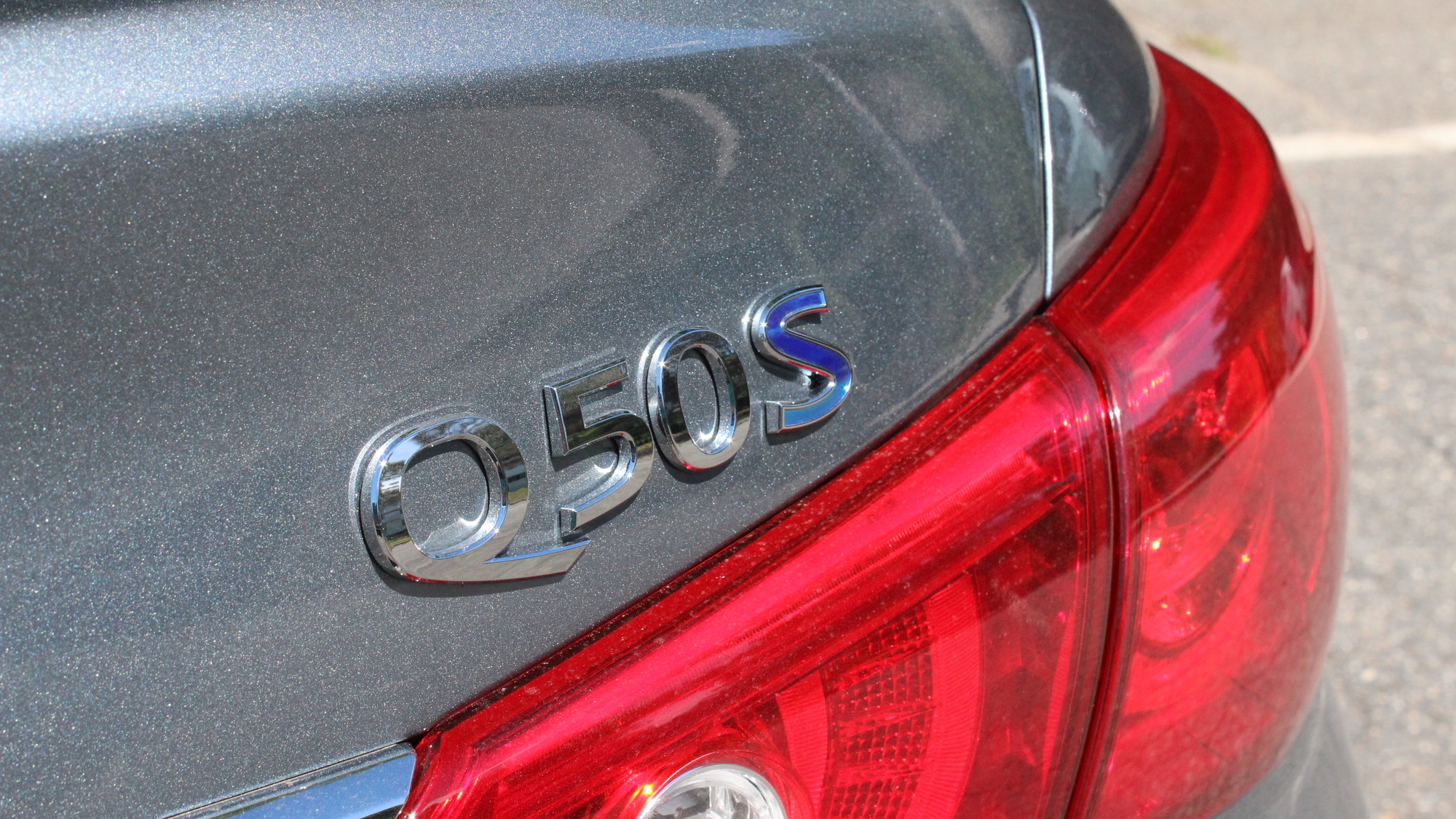 Out on the Interstate, barely ten minutes into our first drive of the 2014 Infiniti Q50, my co-driver and had already found something to marvel about in this sport sedan: We could carry on a quiet conversation.

That might sound like a low bar—and there's much more truly marvelous, world-first technology in the Q50 to beam about—but it points to how Infiniti really has recalibrated its baseline with this model.

In short, we think the luxury brand is going to sell many more of these than it did the brand's G37 predecessor: because in addition to all that tech, it now feels like a true luxury car.

Bert Brooks, Infiniti's senior manager for product planning for the Q50 sedan (and the upcoming Q60 coupe version) admits that the lack of refinement was a common complaint from the previous car—and that to appeal to a broader base of customers this time (in addition to all the new Q50's performance and tech improvements) the company also wanted to provide much more of it, “and even another word that's sometimes taboo—comfort,” he quipped.

The most recent G was a sport sedan that we loved—and, at times, actually loathed. We loved it from the driver's seat, on a curvy road, for its crisp, communicative steering, great brakes, and well-sorted, balanced dynamics. It essentially offered the sensory thrills of a sports car, but with more practicality. But then there was the downside: namely, all the noise, vibration, and general coarseness from the road and the powertrain that made it feel less than luxurious—downright unpleasant, really, on some long highway slogs.

Enter the Q50, and Infiniti has seemingly covered all the abrasive parts of the former sedan's personality with a thick blanket while leaving the core charm intact. From what we could tell in an admittedly brief drive of the Q50 up and down I-95 and some New England backroads, it's (almost) all the personality we loved in the G, with some traits that are going to make your passengers much happier.

VQ37, but no more racket

Go for the Q50 3.7—powered by a 328-horsepower version of the familiar 3.7-liter V-6—and you'll no longer fault this powertrain for feeling too ragged and coarse. Although the engine itself hasn't changed, engineers put a lot of effort into smoothing and isolating, with new intake and exhaust manifolds, as well as other measures that aid drivability in the middle of the rev range.

The seven-speed automatic transmission has been refined a bit, too, but the big change is that it's been given a taller final-drive ratio. Infiniti has lost 50 pounds in the new car—mostly in the structure—and you take off from a standing start with plenty of verve despite the taller effective ratio. Lower revs in higher-speed cruising (less than 2,500 rpm at 75 mph) is the other big advantage—to contribute to the quiet inside and raise this powertrain's mileage up to 20 mpg city, 30 highway with rear-wheel drive.

Paddle shift controls are available, and you get nice throttle-blipped downshifts and remarkably little driveline shock. Overall, the 3.7-liter sings up its range with much more harmony than it ever did in the G. All-wheel drive will be an option in all Q50s. The manual gearbox is gone this year—it got thrown by the wayside in Infiniti's quest to put more refinement and technology into the Q50—but we're told it's not completely a lost hope for next year.

That said, we might just choose the Hybrid. It's heavier, yes, but it feels just as quick, with very well-coordinated throttle response and 360 combined horsepower with a special version of Infiniti's 3.5-liter V-6 plus a 50-kW motor system and a unique dual clutch-pack hybrid system (with a dry clutch fore of the transmission and motor system and a wet clutch aft of them) that effectively smooths out both shift shock and transitions in power. This is a system that can gently take off on electric power alone, or turn off the gasoline engine to 'glide' along down gradual expressway downhills. And with EPA ratings of 29 mpg city, 36 highway (and an observed 29 mpg over about 100 quick miles) it boosts real-world mileage in a way that Lexus' performance hybrid system doesn't.

There's only one respect in which the Hybrid doesn't quite measure up, and that's braking. The last bit before a complete, gentle stop is 'muddy'—that's the best way to describe it—but if you stop harder it's more precise.

Infiniti's new Drive Mode Select also helps make sure you get the driving personality right for the driving mood. With Standard, Sport, Eco, and Snow modes—as well as a customizable Personal mode—the system changes shift patterns, the sensitivity of the throttle, and even the Direct Adaptive Steering's effort and ratio.

True steer-by-wire—but not as binary as it sounds

Yes, you read that right. You can actually change the effective ratio of the steering. With what Infiniti believes is the world's first true steer-by-wire technology in a production model, driver input is carefully measured, converted to steering rack inputs, while feedback is relayed back to the steering wheel. Three different parallel processors provide lots of redundancy for safety, and if the system entirely fails, the steering column is clutched back into lock with the rack via a mechanical connection.

The other big advantage of this system is that it allows the steering rack to be hard-mounted—in a way that you would never be able to do with any kind of mechanical linkage. The system also has a set of complex filters that take out so-called dirty-noise vibrations while keeping some feedback from the road.

And the geometry of the rear suspension has been altered to provide a little more compliance. We’re not yet sure how that manifests in body control and dynamics, as our preliminary drive was on semi-residential, quite heavily patrolled New England backroads.

We drove both an Infiniti Q50S with no major option packages, as well as a Q50 Hybrid with Direct Adaptive Steering and found the systems to be very, very different in behind-the-wheel character. Infiniti seems to have reduced the effort of the much-loved base steering system while leaving the steering ratio rather quick, and the result is steering that feels great around town and on the backroads but needs frequent small adjustments at highway cruising speeds.

Opt for a car with Direct Adaptive Steering (on all Hybrid models, or optional on others), and you get from what we could tell on this short drive, nice weighting, and a mix of quick ratio when you need it and a longer one for the highway. Off-center, you do indeed get a feel of the road surface, although that disappears on center and the steering wheel feels a little too rudder-like and stoic—read, numb. Meanwhile a new Active Lane Control system makes it easy to glide along in your lane on the highway, with seemingly no small adjustments needed for the pavement surface or crosswinds—and the system uses a camera system to fine-tune your lane placement in an oddly unobtrusive way.

Yes, you can turn that lane system off—it helped on the highway, where we felt at times at odds with the adaptive steering—and the Q50 otherwise offers quite the mother lode of active-safety technology that should be there if and only if you're really getting into trouble. With Lane Departure Warning and Prevention, Blind-Spot Intervention, and an Around View Monitor with Moving Object Detection, is has you covered—in a less scolding way than the systems of just a few years ago.

Otherwise of note is something called Predictive Forward Collision Warning, a world-first system that warns the driver of risks far ahead of what he/she might otherwise see—by sensing the second vehicle ahead, and warning the driver visually and audibly, while also tightening the seatbelt.

One other major debut in the Q50 is Infiniti InTouch—a next-generation infotainment system that will eventually be deployed on the brand's entire model lineup. In the Q50, it includes twin touch screens, with an eight-inch one up top and a seven-inch one below. A lower rotary/button controller on the center console also navigates menus in the top screen and can potentially bring up a menu of frequently accessed features.

By the system's logic, the lower screen is the first place to look for infotainment, while the upper screen is for driving-related information. And that's all supplemented by a five-inch screen in the middle of the gauge cluster.

From a first, very limited experience with the system—one in which we encountered some pre-production software niggles—we like what we see. This setup skips the confusion over which screen to use that we still find in Acura vehicles, as well as the lack of redundancy in many other German luxury models. You'll still find lots of hard buttons for climate and audio to press, if you prefer that.

You'll also find a bit more space inside than you did in the G Sedan. With either the standard sport seats, or the ones with extendable side bolsters that much of the lineup gets, the driving position in front is great. And with both thinner front seats, plus side pillars moved forward just a bit (and slimmed, with more high-strength steel), there are a few more inches of rear legroom. Unfortunately what there isn't much more of is rear legroom (six-footers will still find headroom very tight).

The Q50 comes in base, Premium, and Q50S models; if you want the Hybrid you'll need to step up to the Premium or S—and even then it's $4,400 more than an equivalent Q50 3.7. With fully loaded models equipped with the Deluxe Touring and Tech packages stickering in the $60k range, the Q50 is no bargain.

What's missing from the lineup at this point are the more fuel-efficient, affordable models such as those available in the BMW 3-Series and 5-Series lineups, in the Cadillac ATS, and even in the Jaguar XF. Although Infiniti's offering a turbo four and a diesel in Europe, that's not yet part of the American offerings.

But virtually all the rest of the details are in place, and the Q50 is bound to make its way to more households than the G37—even if name recognition is an issue at first.

From a first taste, we have no doubt the new Q50 is engaging, packed with technology, stylish, and refined. Does it remain the best-handling (or one of the best) sport sedan in this class? We'll have to reserve judgment for some time on the track, or on mountain or canyon roads. For now, it's setting a great new direction for Infiniti's new sedans.