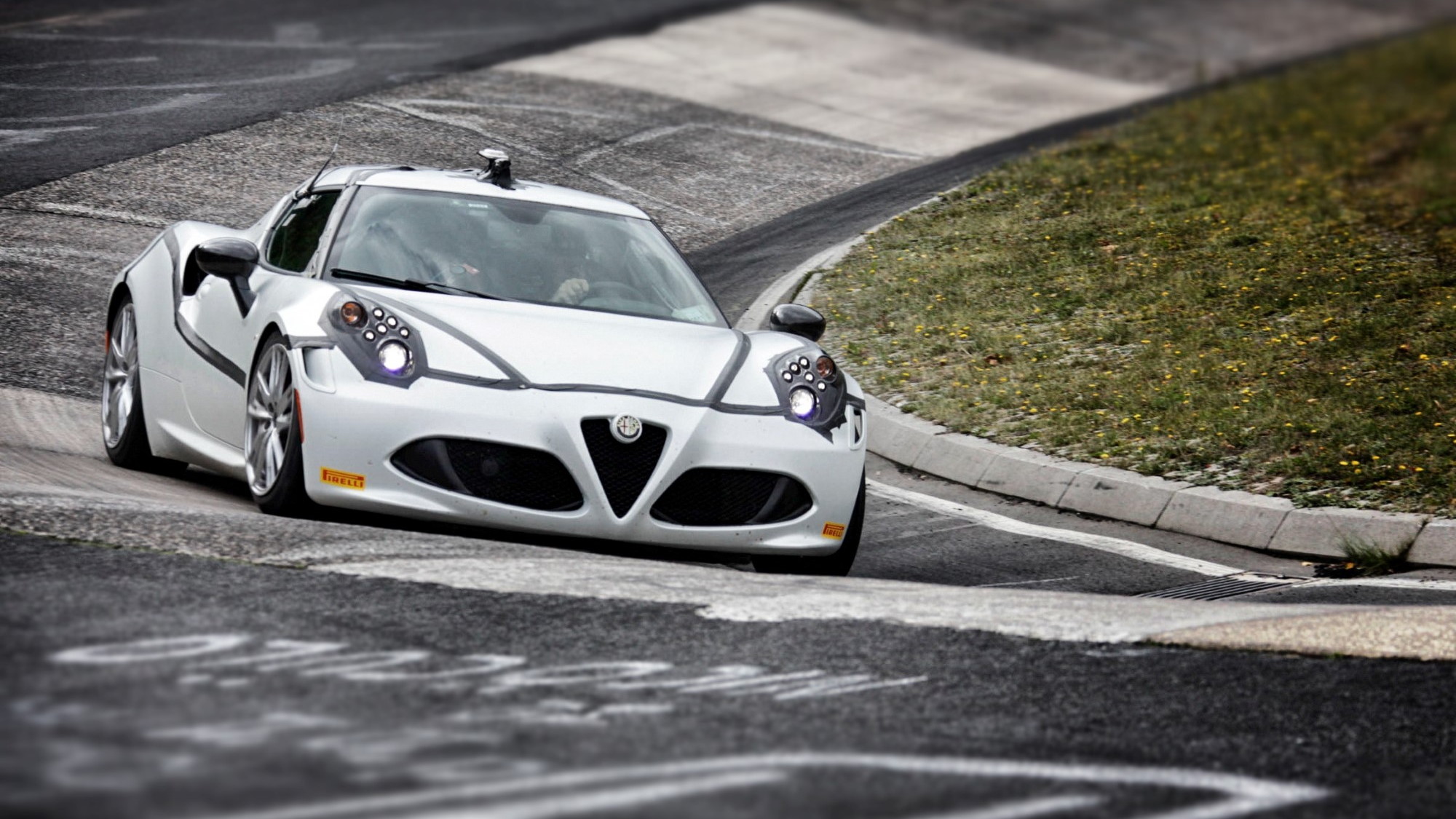 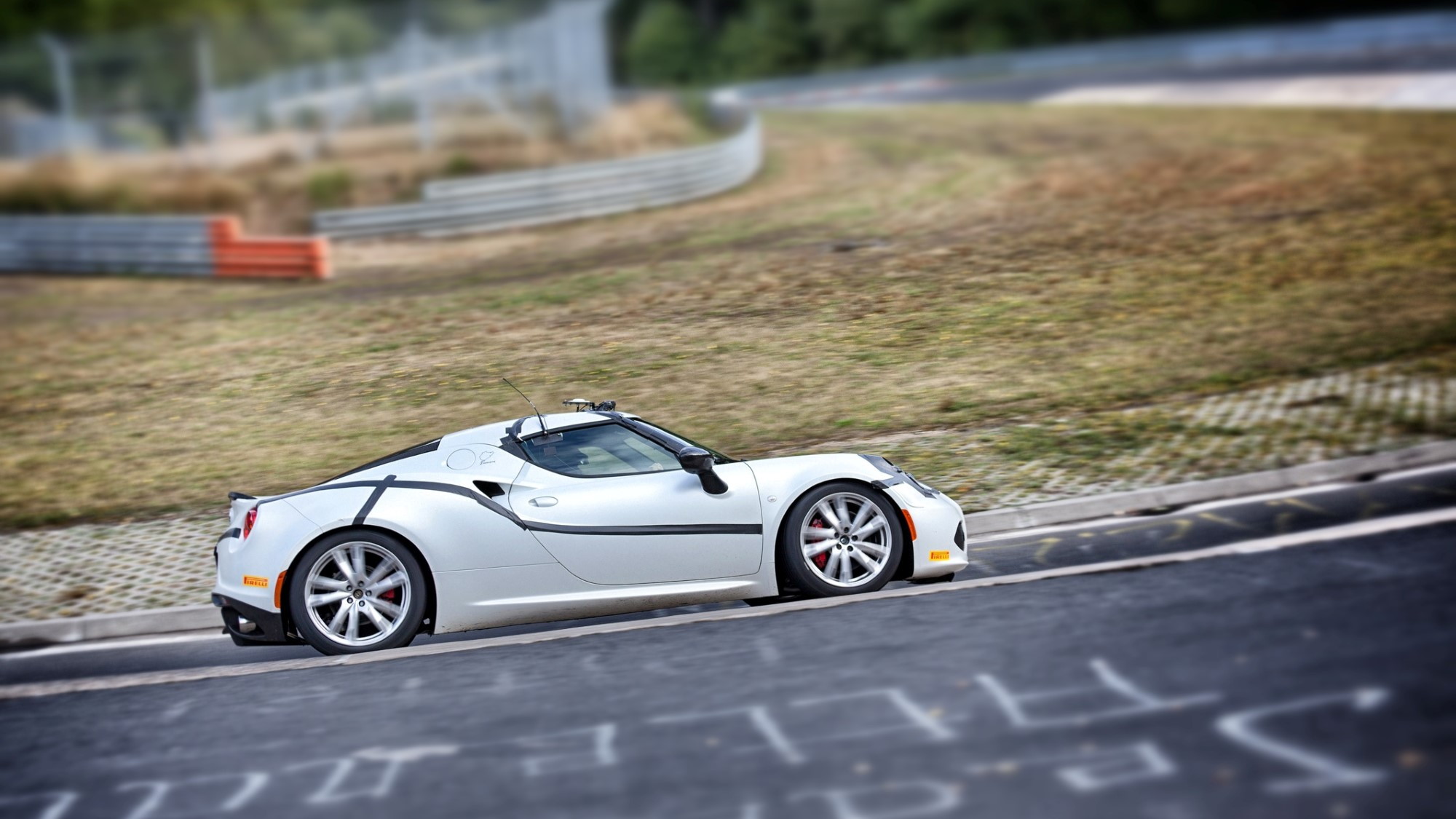 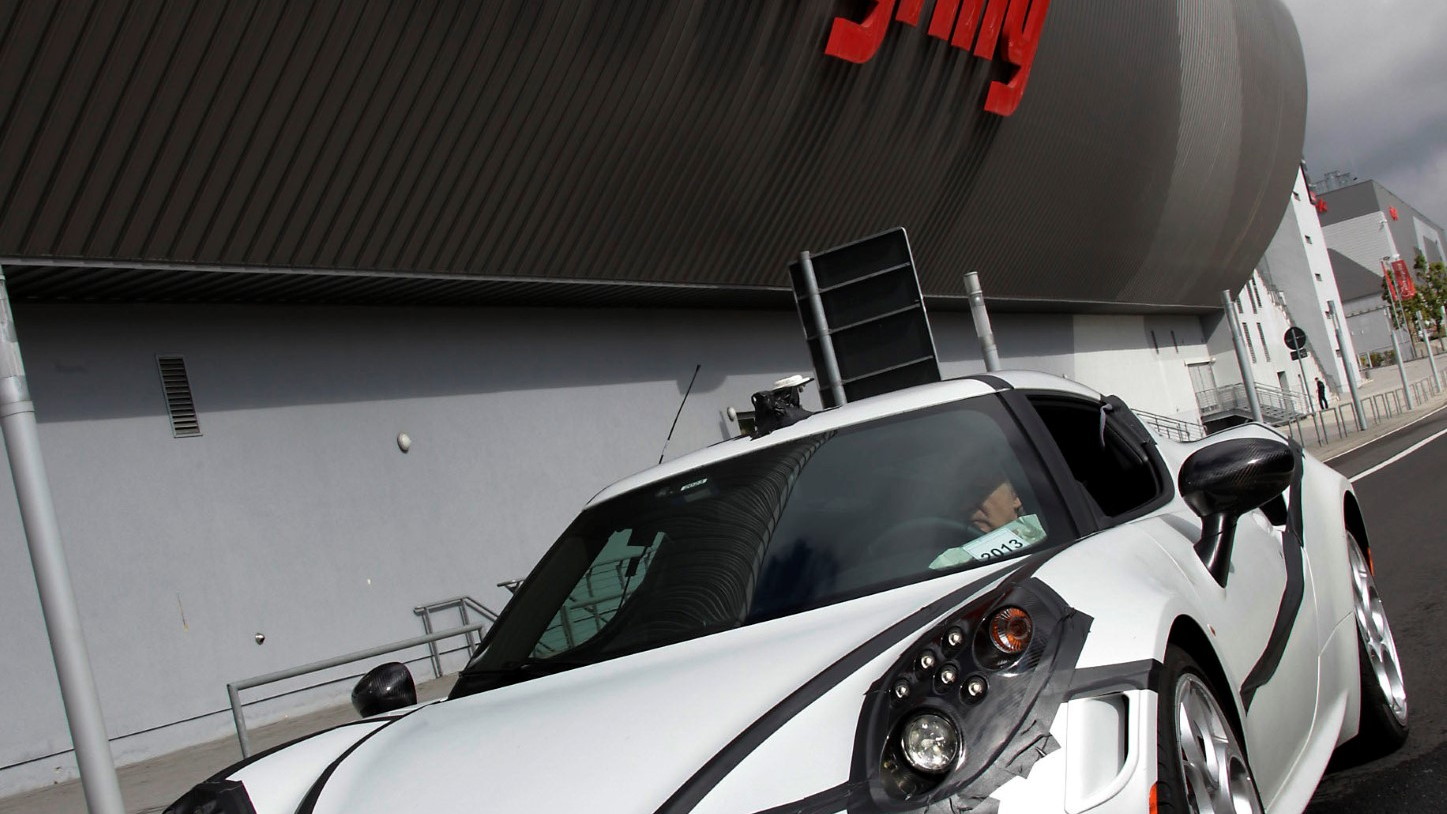 49
photos
Tiny, minimalist, fast, and beautiful: the Alfa Romeo 4C is just about the perfect truly modern interpretation of the supercar--at least for some. It has officially logged a Nürburgring Nordschleife lap time of 8 minutes, 4 seconds.

Shown in these photos confirming the lap time still wearing a few hints of pre-production camouflage, the Alfa 4C's combination of 240 horsepower and roughly 2,100-pound weight helped it achieve the fastest lap time ever set by a car with less than 250 horsepower, according to Alfa Romeo. Super-sticky Pirelli P Zero Trofeo tires also helped the little car reach its lap time.

By way of comparison, the 500-horsepower Chevy Camaro Z/28 outruns the Porsche 911 Carrera S and Audi R8 V10 around the 'Ring--and the Z/28 only outruns the pint-sized Alfa Romeo 4C by about 27 seconds. And the 4C will actually cost a bit less than the similarly stripped-down Camaro.

The 4C's turbocharged 1.75-liter four-cylinder engine is certainly fiece, but the even more affordable Mercedes-Benz CLA45 AMG's 355-horsepower 2.0-liter turbo four is the current record holder for most powerful production forced-induction four-bangers. On the other hand, the heavier, front-biased all-wheel-drive CLA45 AMG isn't likely to be as quick around the 'Ring.