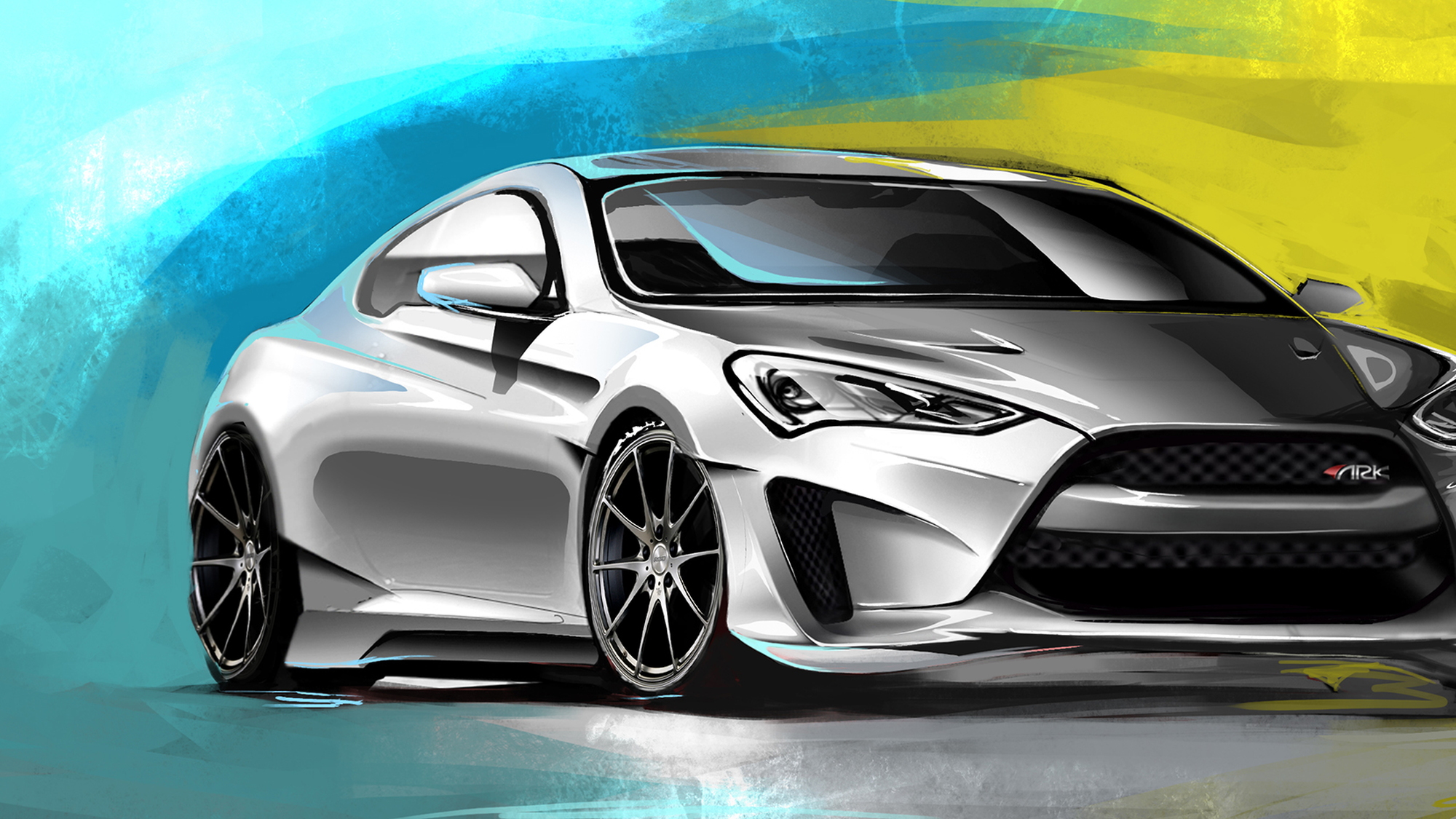 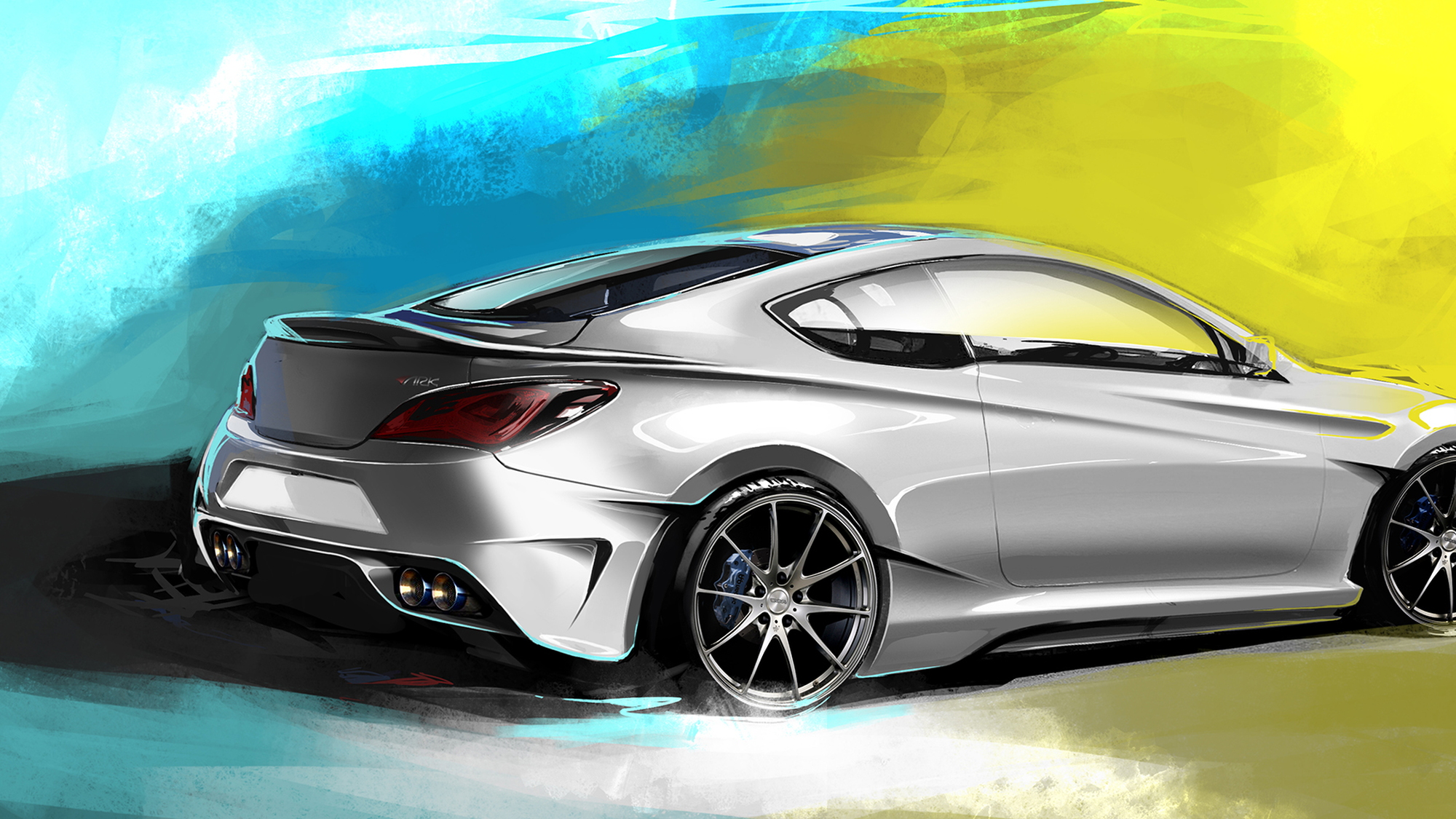 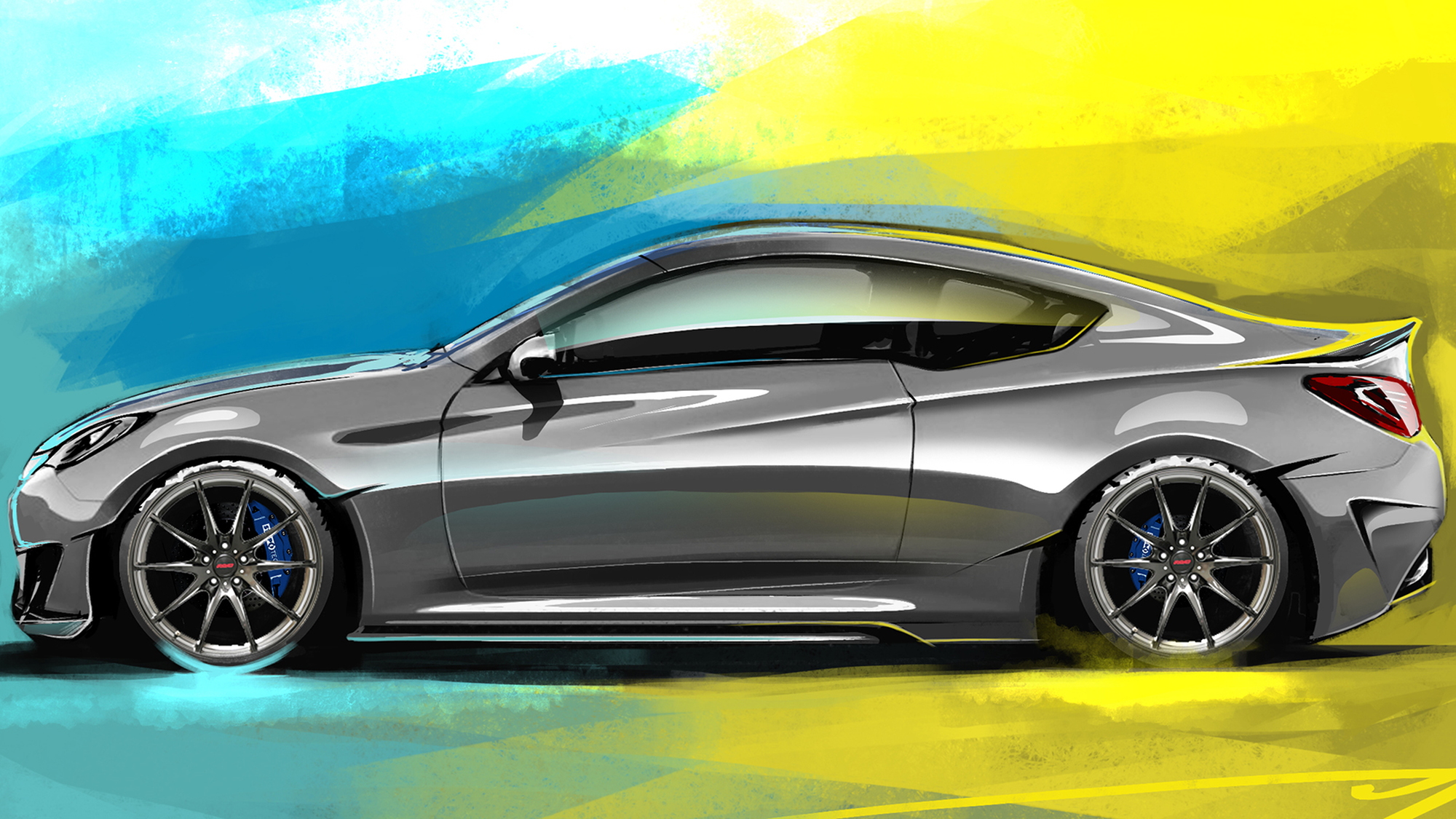 Hyundai is prepping for its SEMA party, and the automaker keeps on rolling out machines it plans to unveil when it arrives in Las Vegas. The latest vehicle is called the Legato Concept, which is a re-imagined Genesis Coupe with more power and more style. It seems the crew at ARK Performance are the ones responsible. Judging by the renderings Hyundai has sent out, it appears that ARK Performance has transformed the Genesis Coupe into the car we always wished it would be.

Under the hood, the 3.8-liter V-6 engine has been given a thorough reworking. It now sits a 4.0-liters and produces 400 horsepower and 425 pound-feet of torque. New pistons, a new crankshaft and connecting rods, and a new oil cooler help the more powerful mill keep its composure. Additionally, an upgraded intake and headers have been fitted as well. Since the car is now more powerful, it also needs fresh items to keep it moving in the correct direction. ARK Performance swapped in a coil-over suspension system and changed out the stock wheels for lighter Rays Engineering rollers paired with Nitto rubber.

Nearly as dramatic as the power gains, the front fascia has been reworked and is now far more aggressive. The look suits the more powerful Genesis Coupe well. There's more in the styling department when you look at the Legato Concept both in profile and from the rear as well. The entire looks seems to work really well in the rendering, so we're eager to see this one in the flesh when we hit the SEMA show floor.