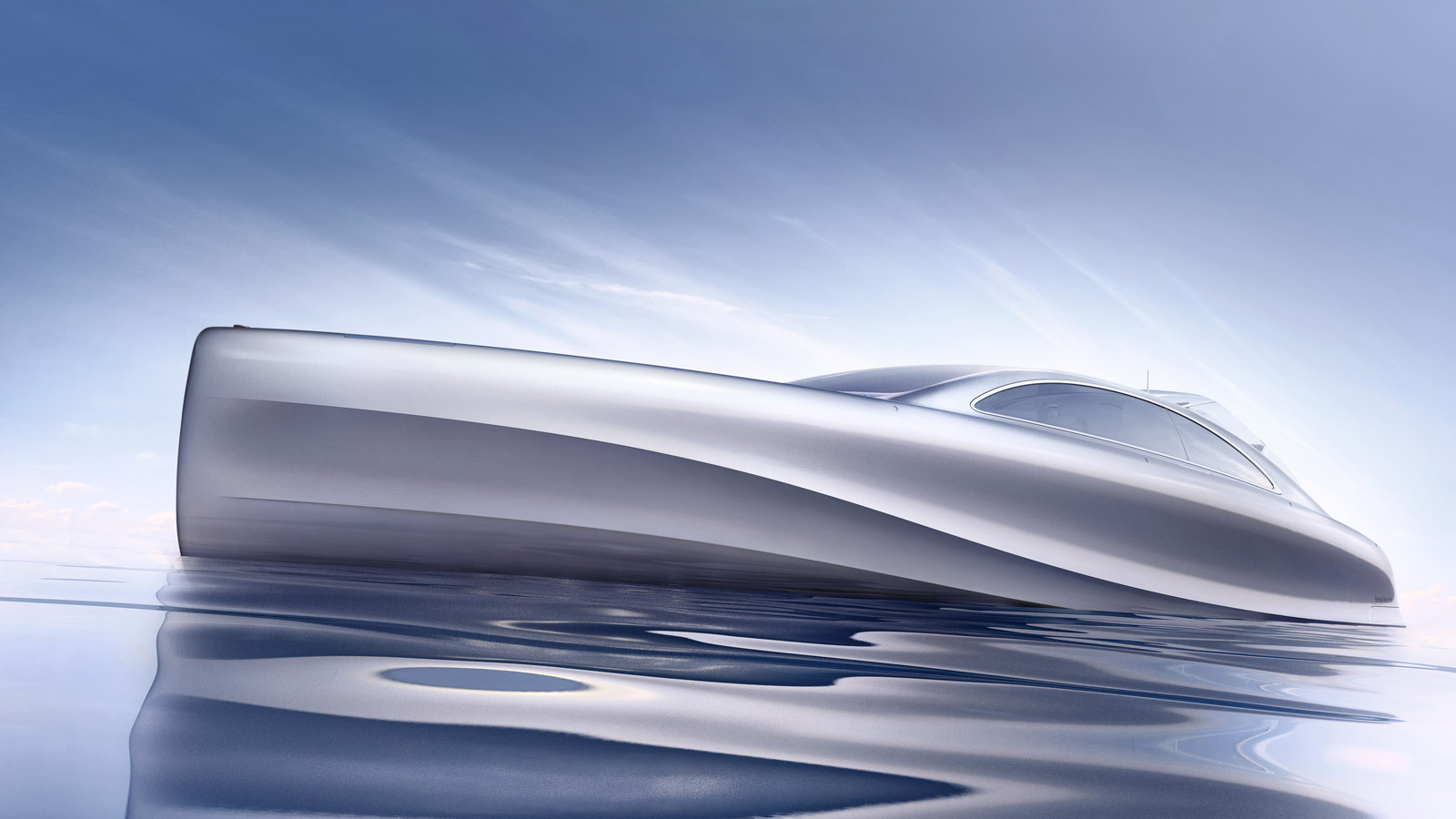 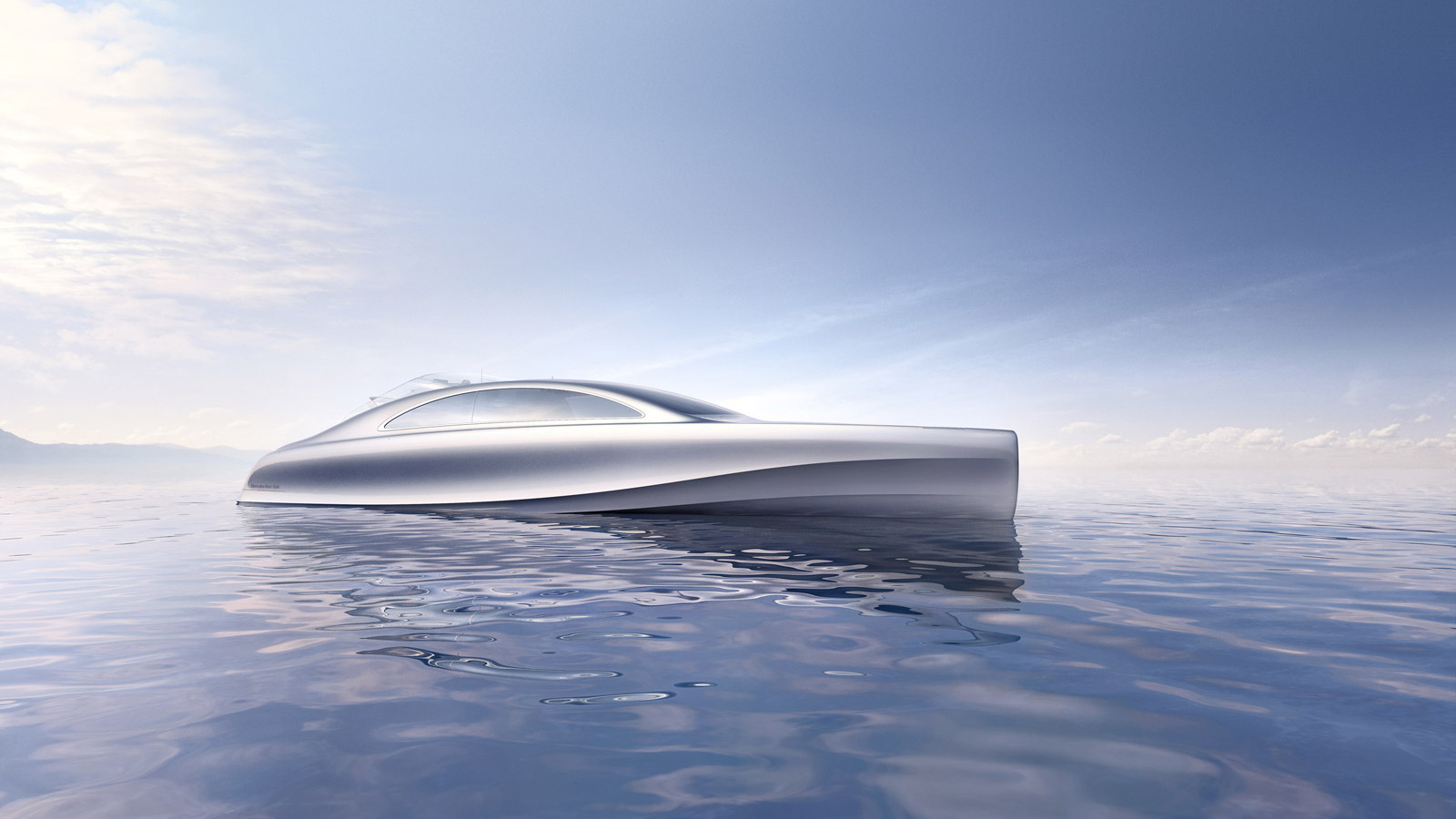 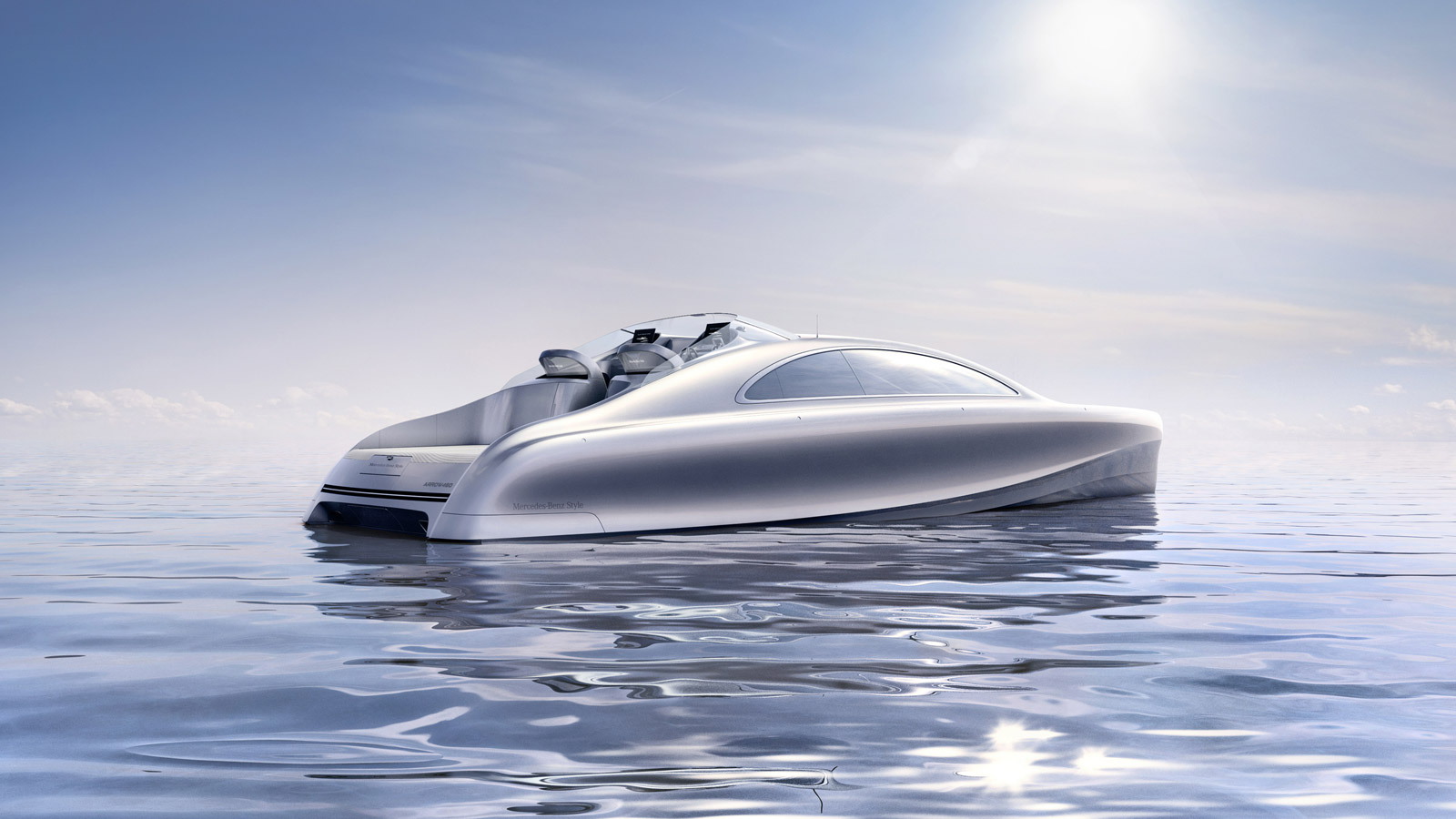 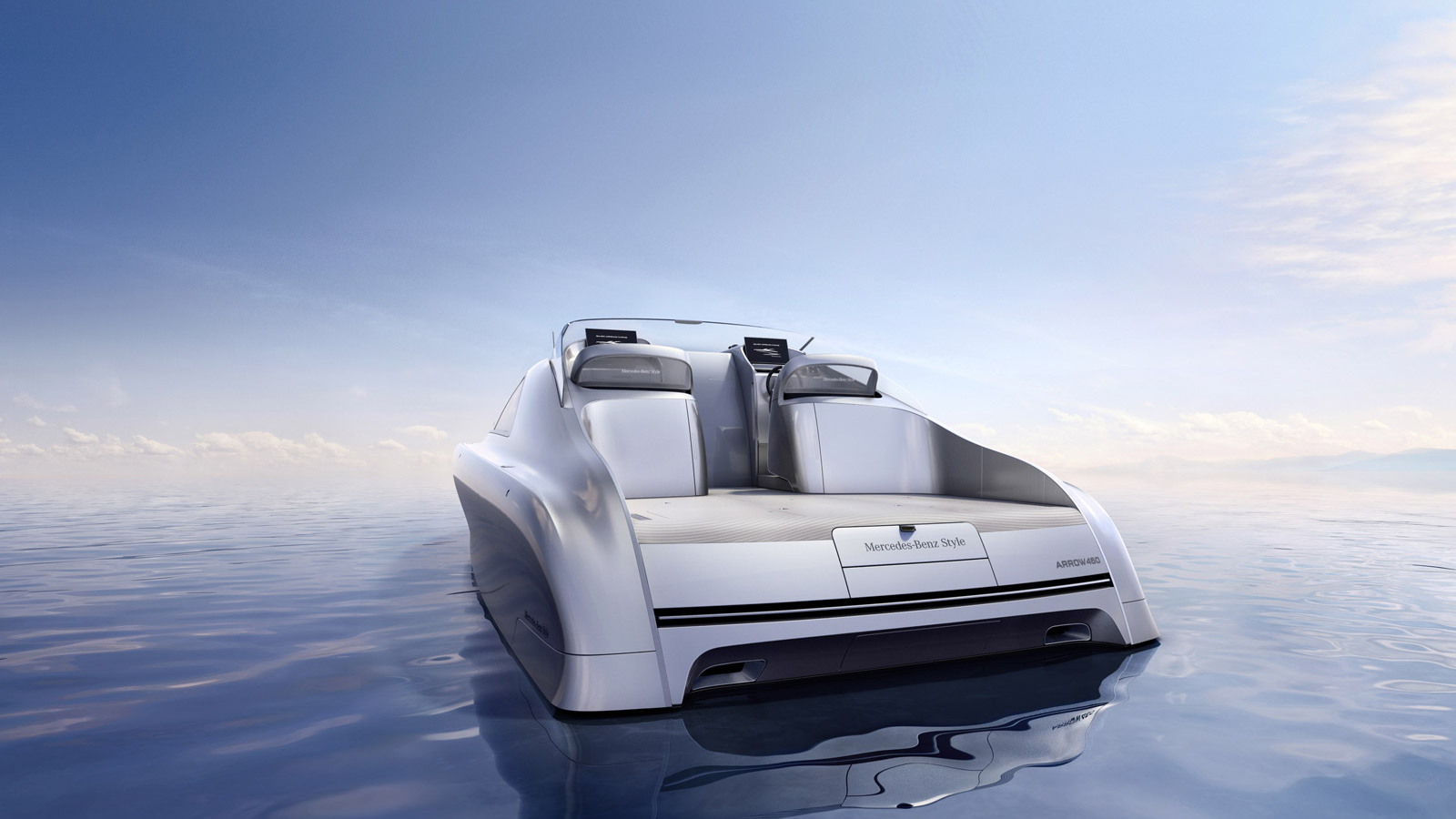 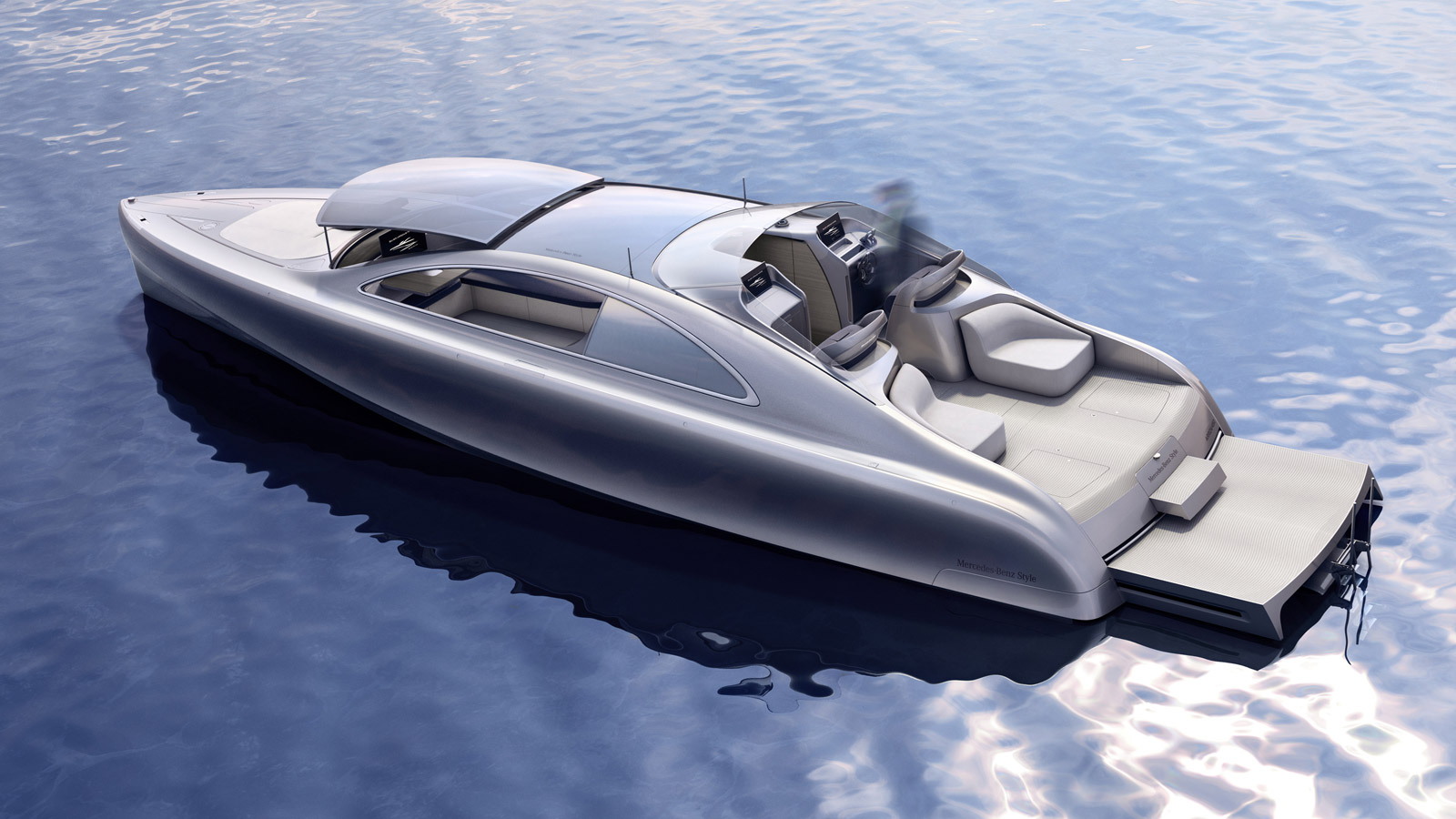 10
photos
Mercedes-Benz has demonstrated the breadth of its design capabilities by revealing a stunning luxury yacht concept at a boating event in Monaco this past weekend. The concept is called the Mercedes-Benz Arrow460 - Granturismo and it is described as the “Silver Arrow of the seas” because of the legendary grand prix race cars that inspired its design and also because it was developed in partnership with a company called Silver Arrows Marine, which plans to build and sell versions of it.

The concept exists only as a scale model for now but Mercedes says the final version would stretch 46 feet and be powered by a pair of Yanmar diesel engines developing 480 horsepower each. This would allow the yacht to reach a cruising speed of about 30 knots (approximately 35 mph). Top speed, meanwhile, would be well in excess of 40 knots.

The designers of the Arrow460 - Granturismo claim it is suitable for day excursions but it also contains sleeping quarters should guests wish to spend the night onboard. The large side windows slide open and the front window can be raised, allowing passengers to sit comfortably inside, but still enjoy a wide-sweeping view of the seas. Special glazing automatically controls light penetration depending on the intensity of the sun.

Inside, there’s a multifunctional and largely open-plan area. Dining table and bed slide into position as and when they are required. There’s also a luxurious bathroom connected to the cabin.

Silver Arrows Marine is currently taking orders for the Arrow460 - Granturismo. Pricing is set at 1.25 million euros (approximately $1.68 million) and the first deliveries should take place in early 2015. The first ten Arrow460 - Granturismos to be built will be special ‘Edition 1’ examples, which will come with standard with a number of luxury amenities including a premium audio system, wine storage facility and an ice-making machine.