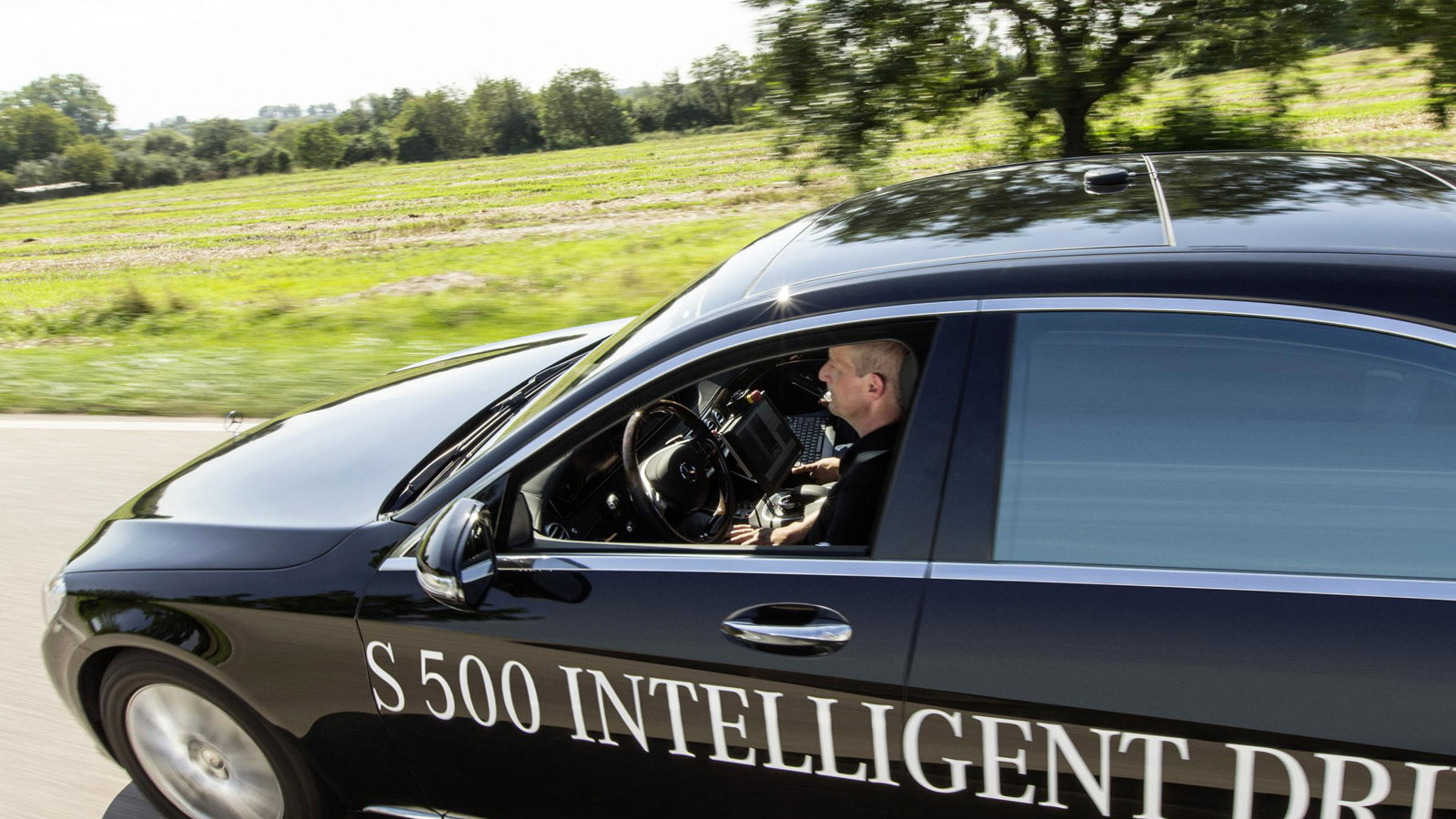 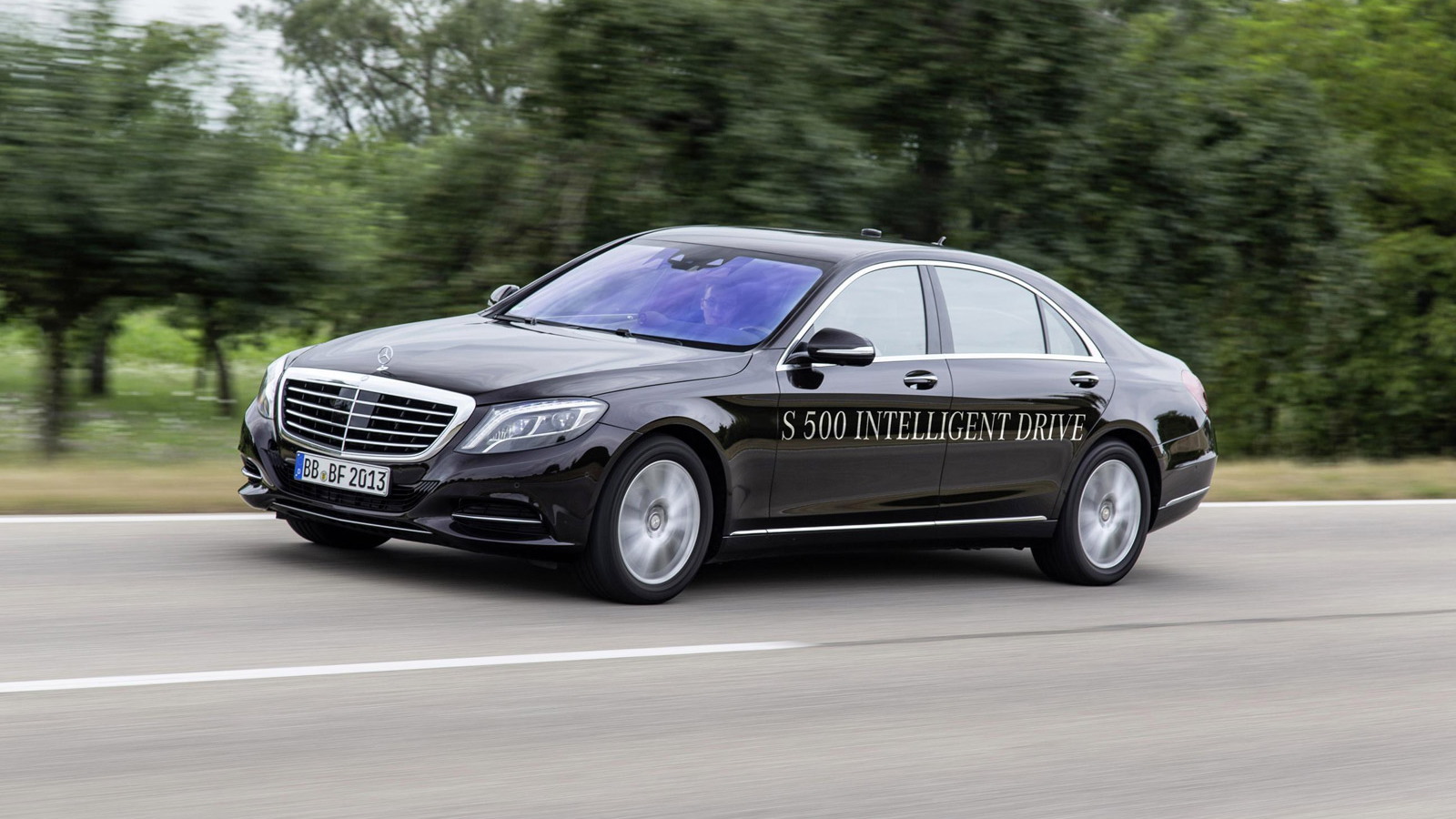 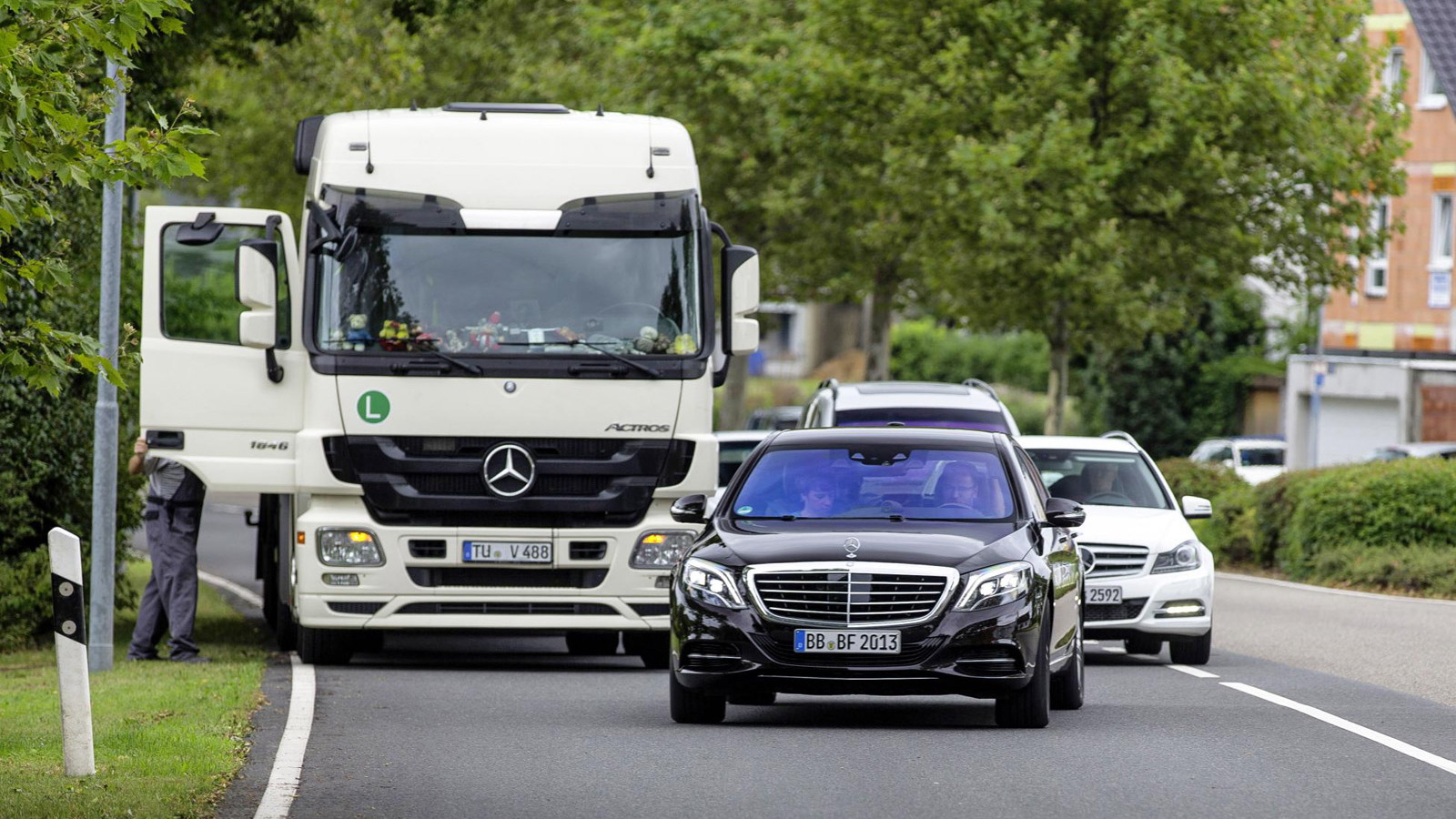 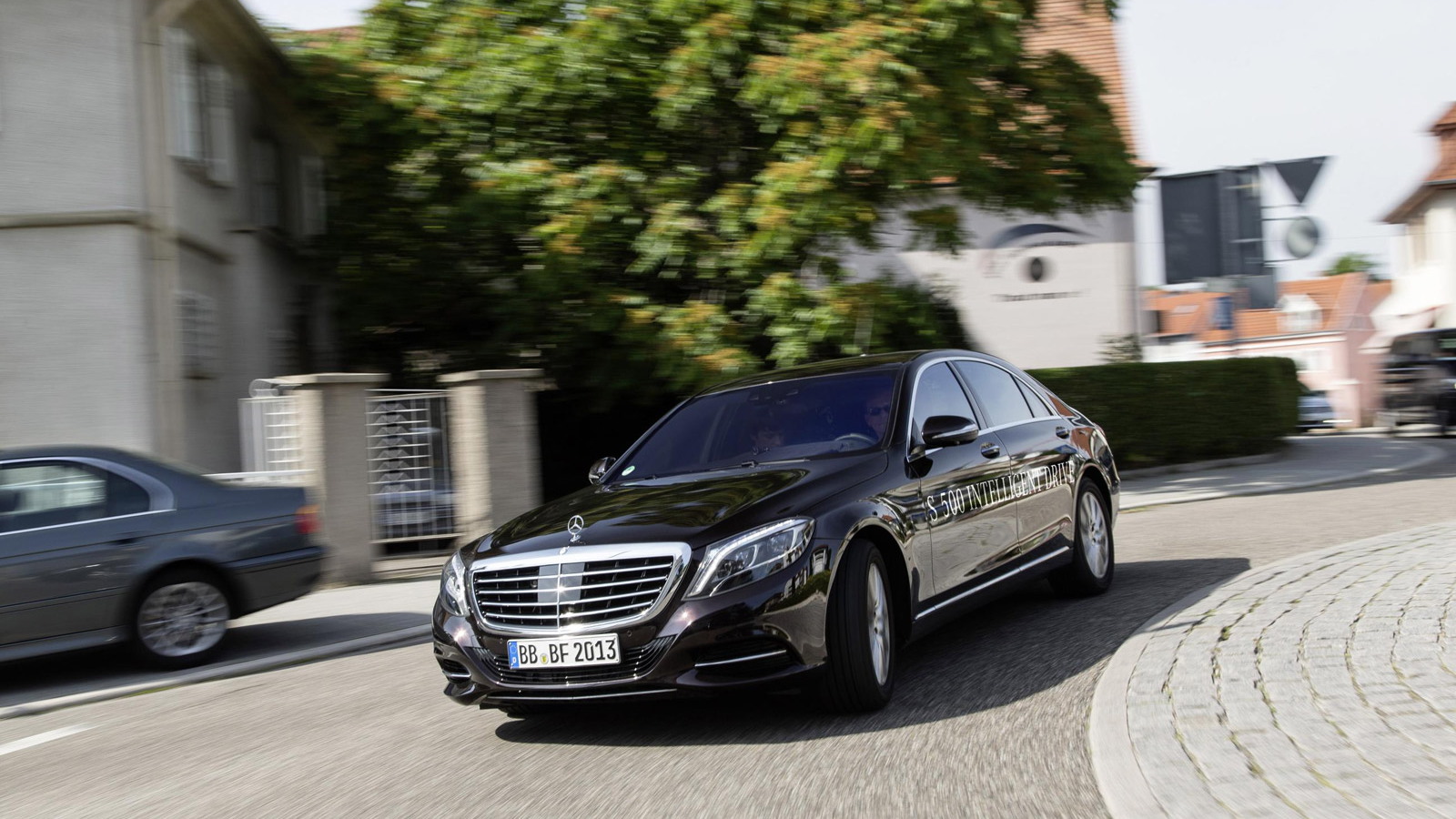 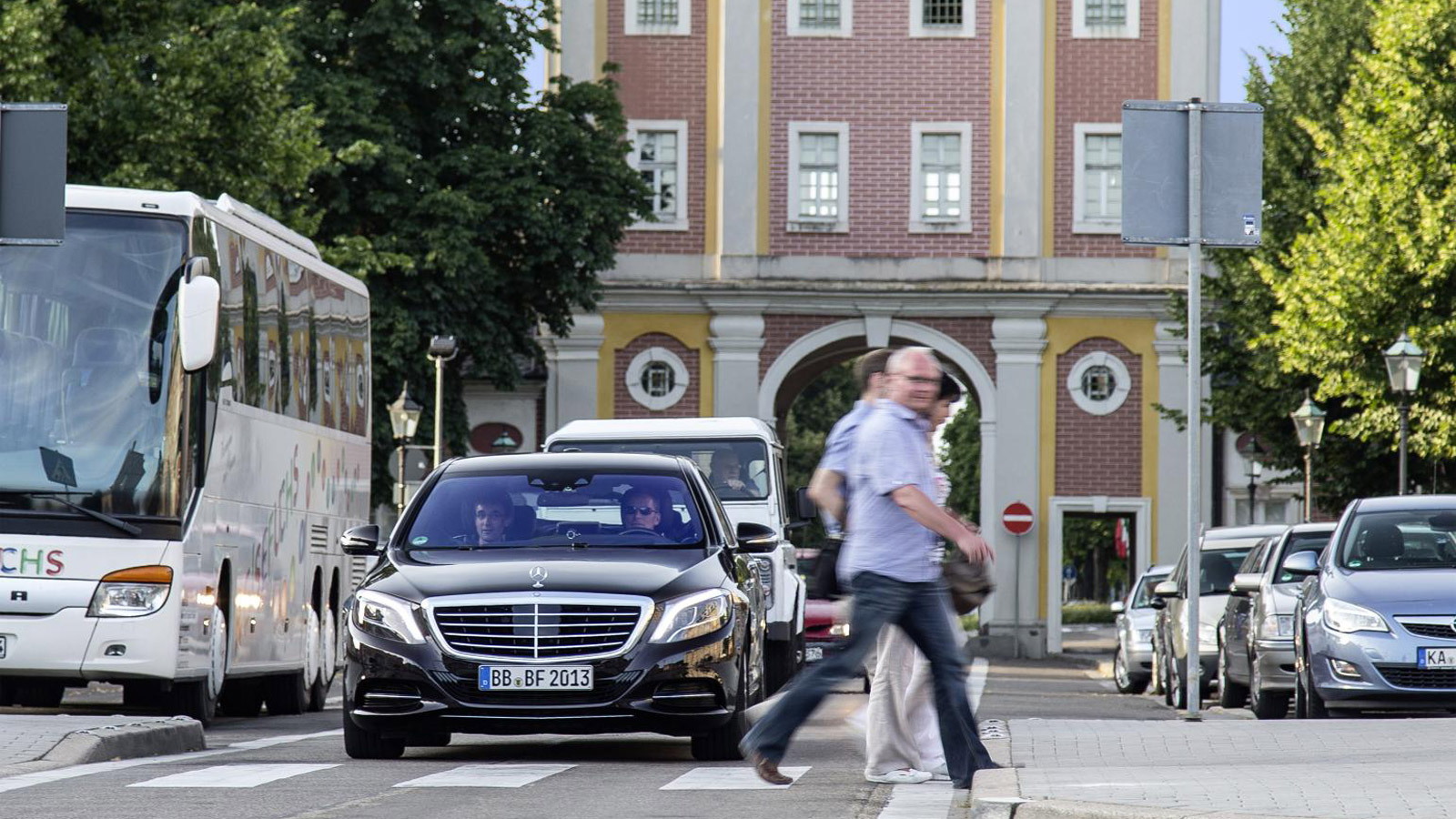 6
photos
Mercedes-Benz’s new S-Class is the first car in history capable of driving itself, though the car’s current autonomous mode is only suited for traffic jams and highway driving. However, Mercedes is committed to being the first to offer a car that works autonomously at all times and recently demonstrated that it already has the technology to realize that goal.

Last month, a fully autonomous S-Class prototype traveled the roughly 60 miles between Mannheim and Pforzheim in Germany, retracing a route taken by motoring pioneer Bertha Benz exactly 125 years ago when she set off on the very first long-distance drive. Bertha was the wife and business partner of Carl Benz, the patriarch of Mercedes-Benz and the first person to be granted a patent for an automobile.

While there was no traffic to deal with when Bertha first took to the roads, the fully autonomous S-Class prototype, the S500 INTELLIGENT DRIVE, had to deal with traffic lights, roundabouts, pedestrians, cyclists and trams--all without any human involvement.

The good news is that Mercedes' intention is not to deprive the driver of the experience and pleasure of driving, but rather to offer the option of unburdening them and providing a new level of freedom for those that couldn't previously drive. There's also a boon for safety by eliminating the main cause of accidents--human error.

The S500 INTELLIGENT DRIVE prototype is equipped with the same camera and radar sensors already found on the production S-Class. However, the engineers ‘taught’ the technology platform to know where it is, what it sees and how to react autonomously.

Based on gathered sensor data and determination of the vehicle's own position with reference to information from a digital map, the prototype then analyzes the available free area for driving and plans its own route based on specific algorithms.

Note, Mercedes has partnered with Nokia to develop its fully autonomous system. The telecommunications giant provided the data to produce the digital maps, including a 3D version. In addition to the road layout, the map includes information on the number and direction of traffic lanes and traffic signs as well as the positions of traffic lights. Digital maps of this kind are a key prerequisite for autonomous driving, Mercedes says.

The automaker concedes the technology is not quite ready for prime time. In fact, during the tests, an engineer seated behind the wheel sometimes had to take control due to incorrect decisions by the system. A record was made each time it became necessary for an engineer to take over control and this will be used to fine tune the system.

Furthermore, before the goal of fully autonomous driving is achieved, the obstacles to be overcome will not be just of a technical nature. Many of the things that are already technically feasible are still not universally permitted by regulation and liability issues. Mercedes hopes to overcome these obstacles and have the system ready for production by 2020, the same year another automaker, Nissan, hopes to have its own fully autonomous technology ready for sale.