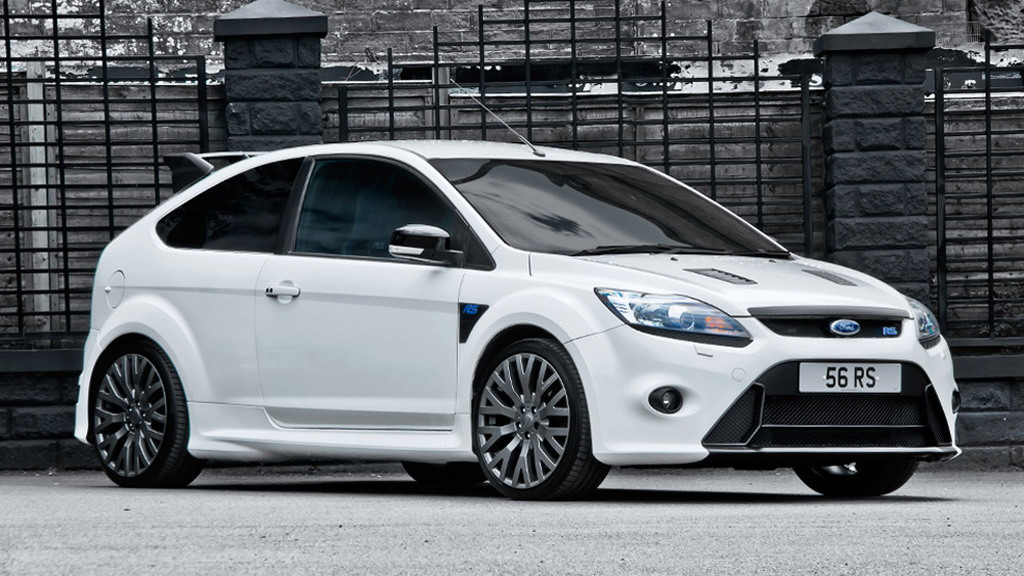 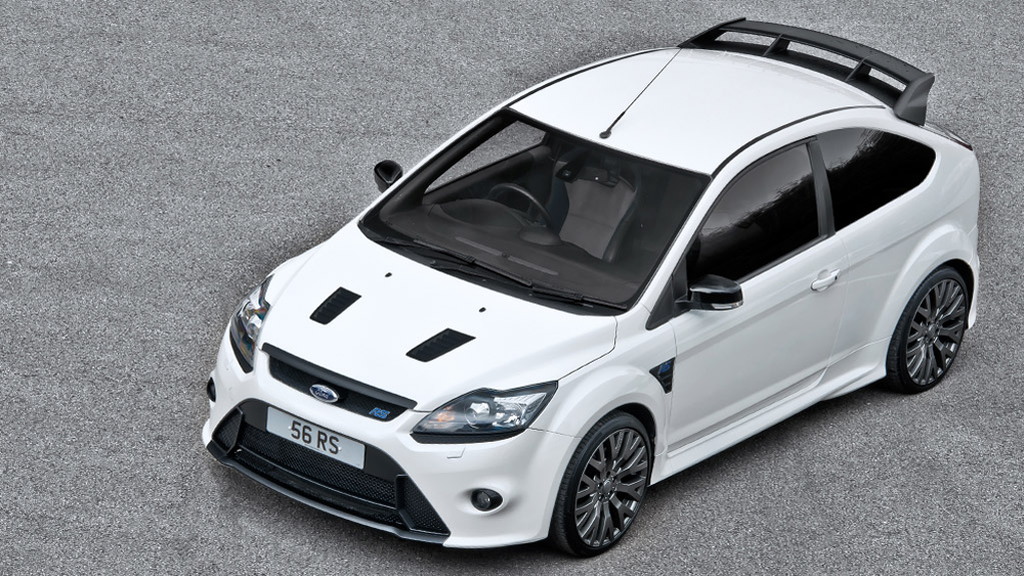 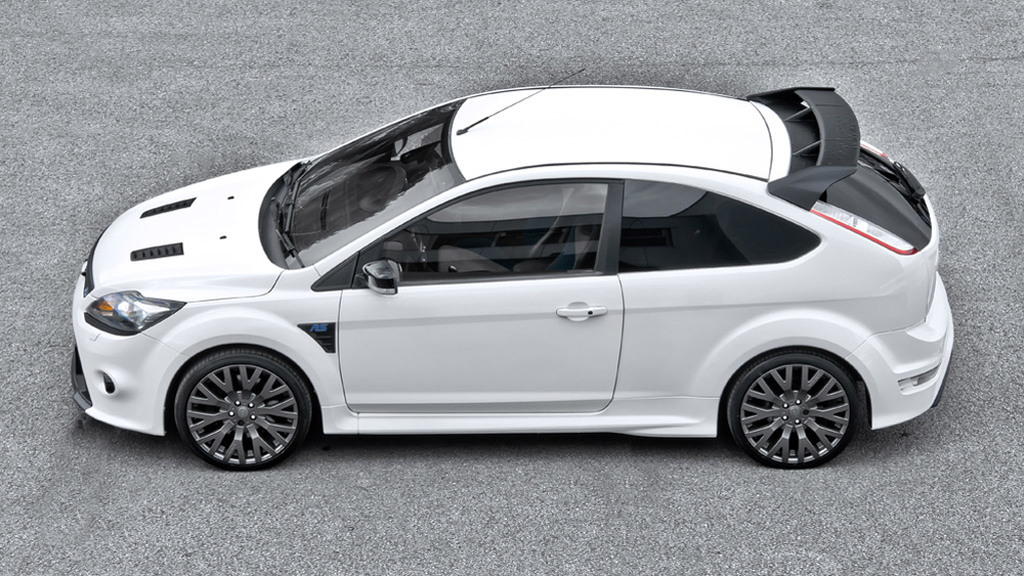 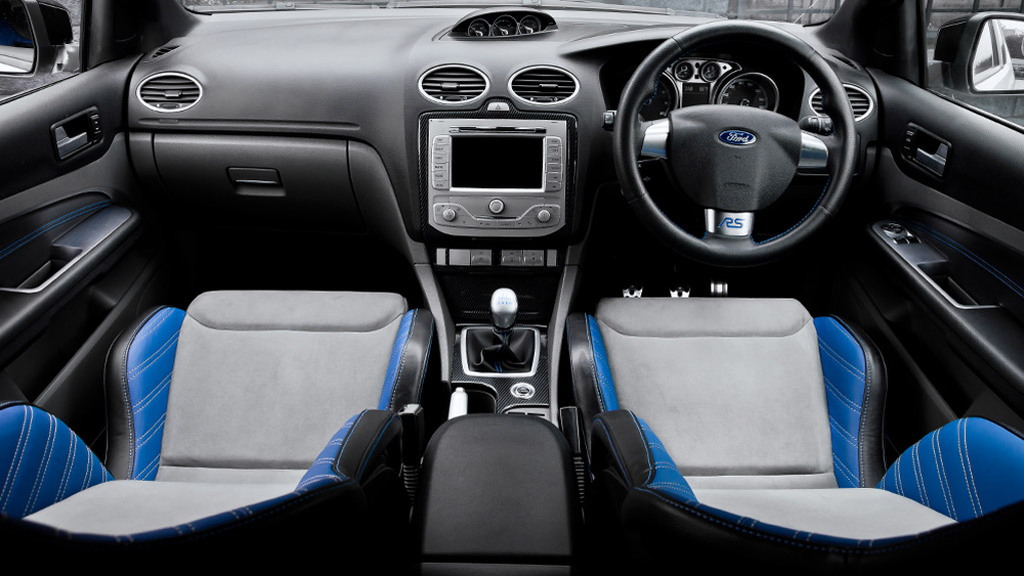 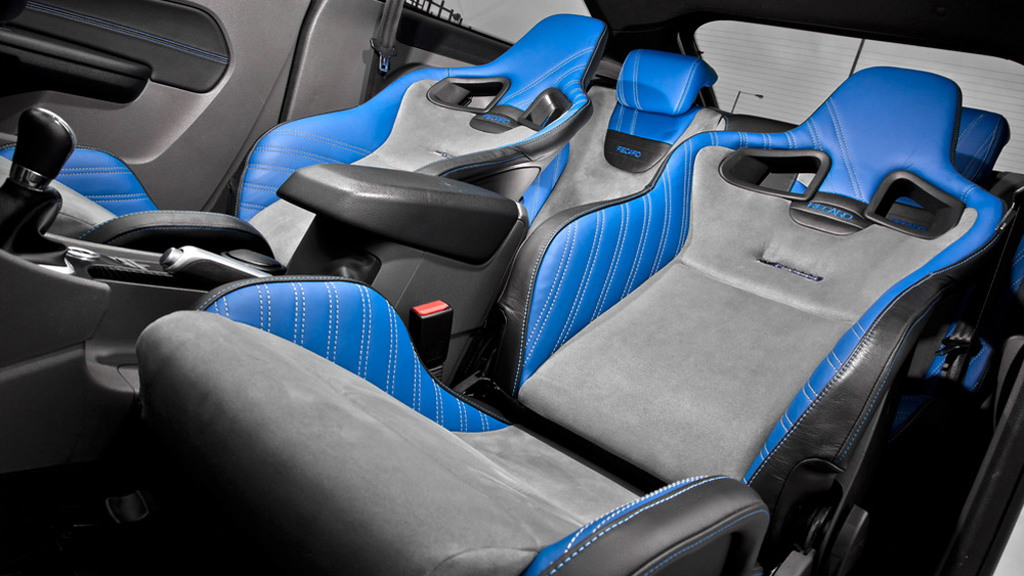 6
photos
In 2009, Ford unleashed on the market a version of its humble Focus hatchback powered by a turbocharged 2.5-liter straight-five good for 300 horsepower and 325 pound-feet of torque. Oh, and all of that was channeled through the front wheels only.

Sadly, this beast, known as the Focus RS, was based on the version of the Focus sold outside the U.S. (this was before the Blue Oval’s ‘One Ford’ policy) so we were never able to sample it, though we’re still holding out hope for the arrival of its successor.

Understandably, the Focus RS was a hot seller, but used examples can still be found. Take this pearl white example from British tuner A. Kahn Design.

This particular example delivers up 325 horsepower and features a number of unique elements such as A. Kahn Design’s Cosworth-style 19-inch alloys, satin black finishes for the bumpers and side skirts, and a custom interior with Recaro seats trimmed in blue leather and gray Alcantara.

While this particular Focus RS will have to remain forbidden fruit for readers in the U.S., a successor is in the works and expected to land in local showrooms late next year or in early 2015. It will most likely receive a turbocharged 2.3-liter four-cylinder engine this time around but should retain a front-wheel-drive configuration.