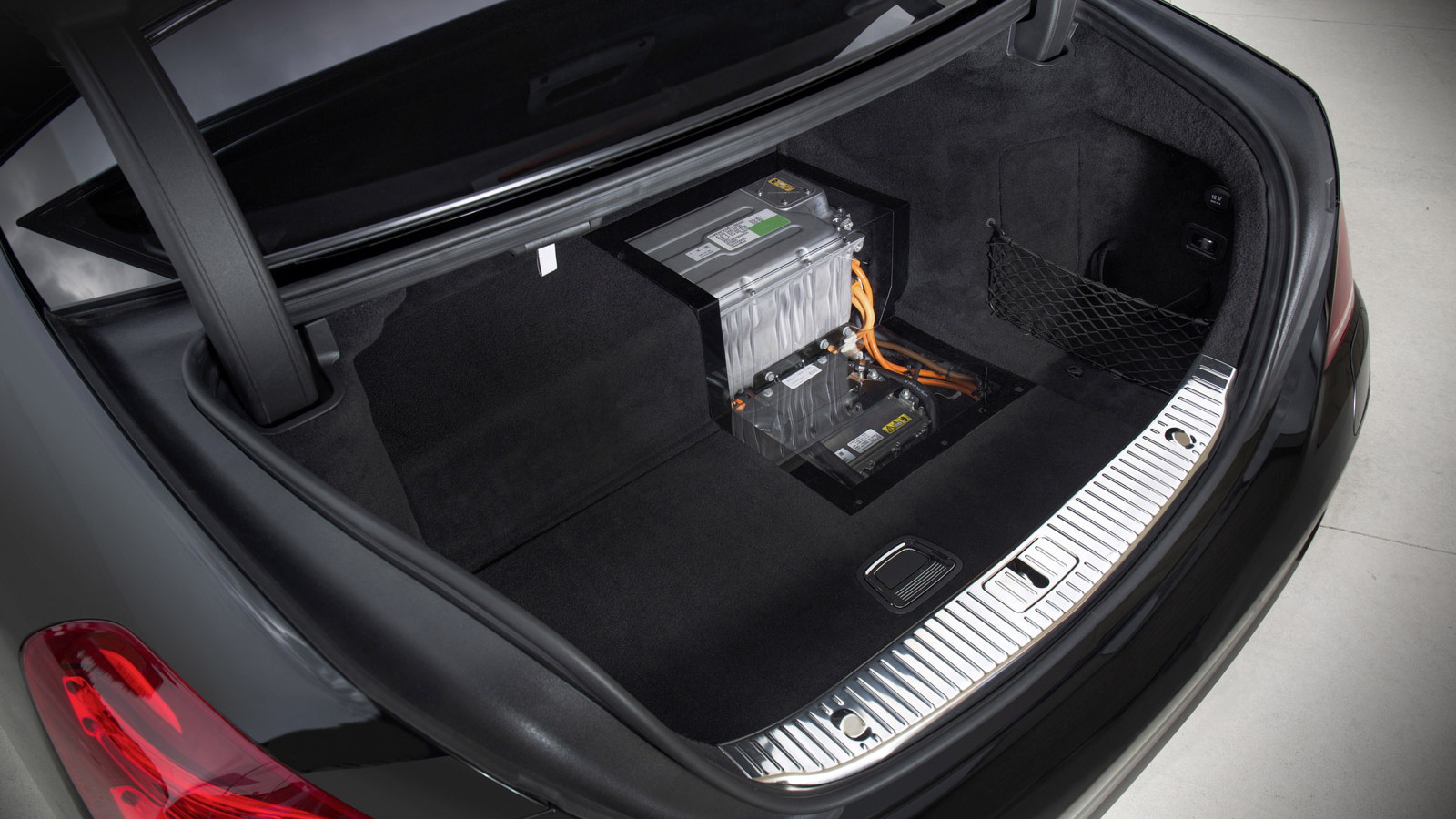 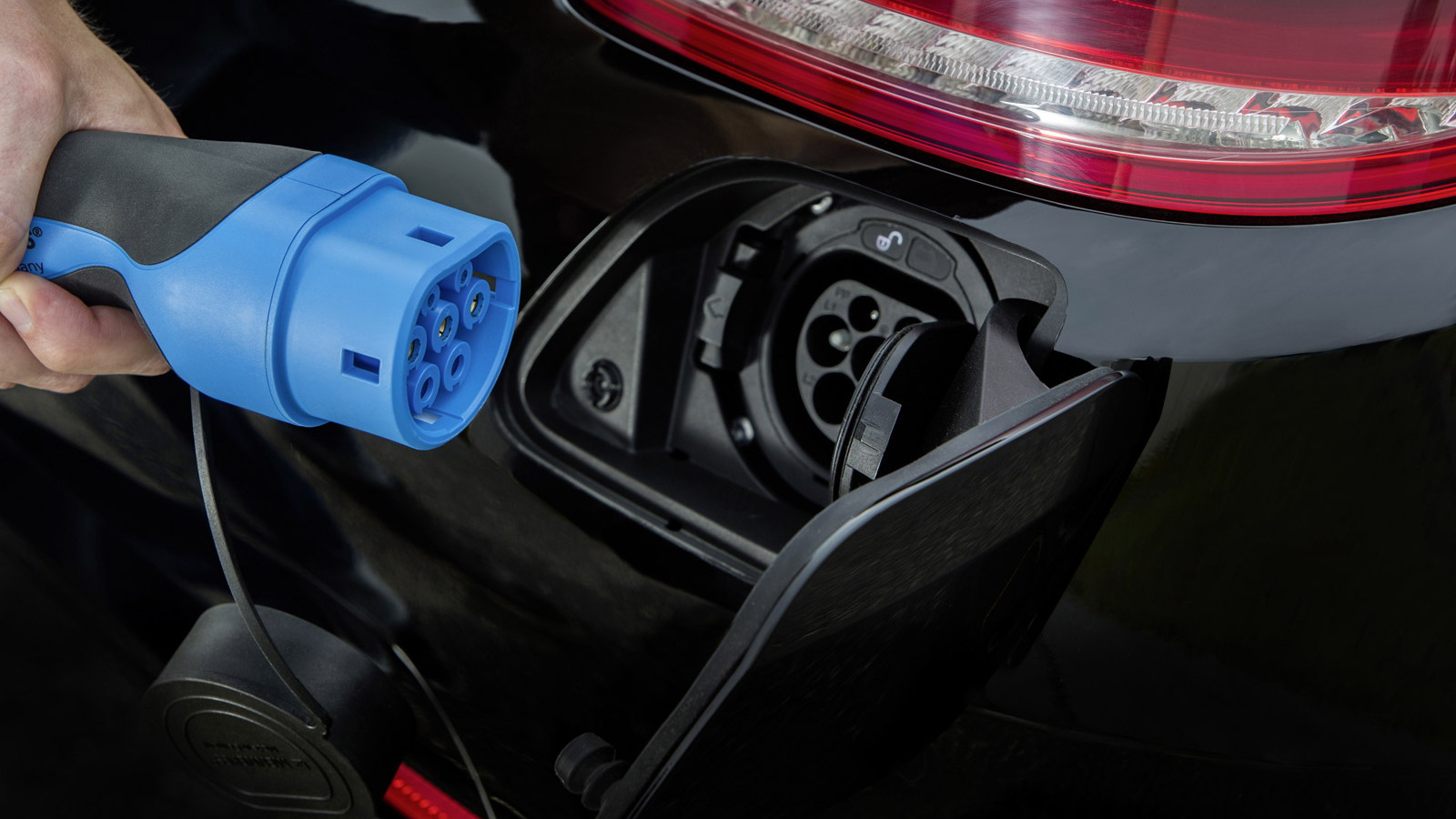 7
photos
Mercedes-Benz first hinted at the launch of an S-Class with plug-in hybrid capability as far back as 2009 when it unveiled the Vision S500 Plug-In Hybrid concept. Here was a full-size luxury sedan capable of 0-60 mph runs in under 6.0 seconds and gas mileage of 70 mpg or better, but the best part was that it was destined for production.

A production version has now been revealed in the form of the new Mercedes-Benz S500 Plug-In Hybrid, based on the latest-generation 2014 S-Class. The car is set for a world debut next month at the 2013 Frankfurt Auto Show and is targeted for a market launch sometime next year.

The S500 Plug-In Hybrid is powered by a turbocharged 3.0-liter V-6 engine paired in parallel with an electric motor that's powered by a lithium-ion battery stored in the trunk. The engine delivers 328 horsepower and 354 pound-feet of torque while the electric motor adds an extra 80 kilowatts (107 horsepower) and 250 pound-feet of torque.  This enables the vehicle to accelerate to 62 mph in just 5.5 seconds and see it easily reach its governed top speed of 155 mph.

Thanks to the ability of the power sources to work independently, the car offers multiple driving modes. They are “HYBRID” (mix of power sources), “E-MODE” (electric power only), “E-SAVE” (fully charged battery is reserved to be able to drive on electric power alone later) and “CHARGE” (battery is charged while driving).

In the E-MODE setting, the range is approximately 18 miles, though this will depend on how heavy your right foot is and how often the car’s regenerative system is used. Setting off for a drive with the battery fully charged and the HYBRID mode activated, Mercedes says fuel economy can reach as high as 78 mpg (based on the European combined cycle). 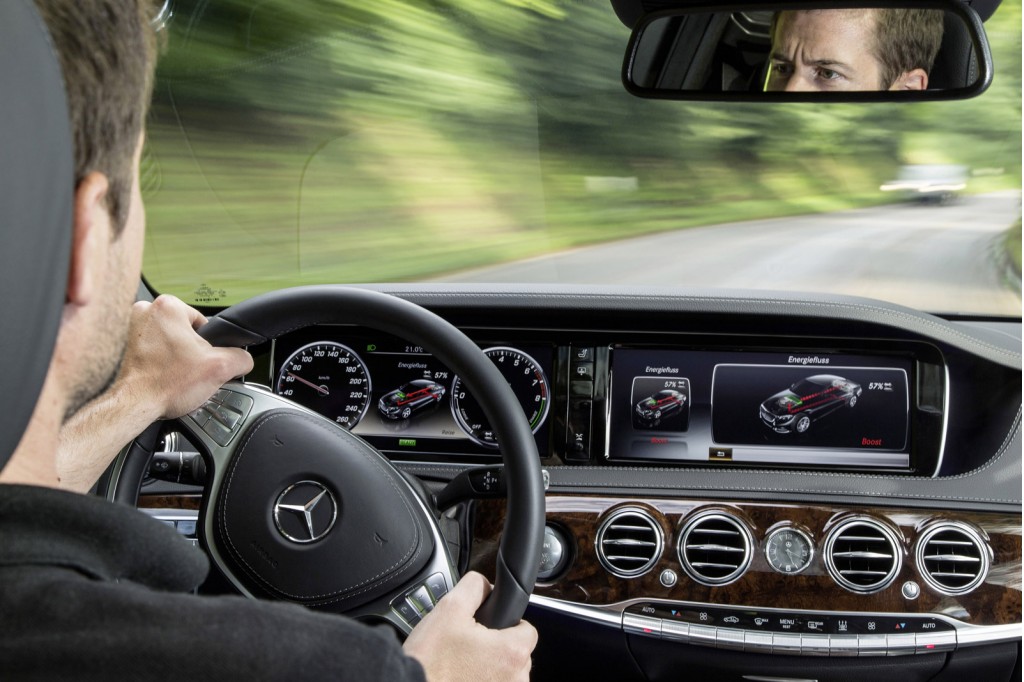 The key is the automaker’s Intelligent HYBRID energy management system, which automatically selects the optimal mix of power sources and regenerative systems in order to maximize efficiency. This not only relies on current driving conditions and driver input, but also adjusts to the likely route (inclines, downhill stretches, bends or speed limits based on satellite data) for the five miles of travel. The aim, for example, is to use up part of the battery’s charge and aid the engine when approaching a downhill stretch and then switch into regenerative mode on the way down to help top up the battery once more. To further maximize efficiency, the engine can be switched off any time the vehicle is coasting.

To ensure the driver is aware of what’s going on, display screens show which power sources are activated and/or whether the battery is being charged. Haptic feedback is also offered by the accelerator pedal: resistance on the accelerator provides feedback about the activation of the combustion engine and helps in metering the power output.