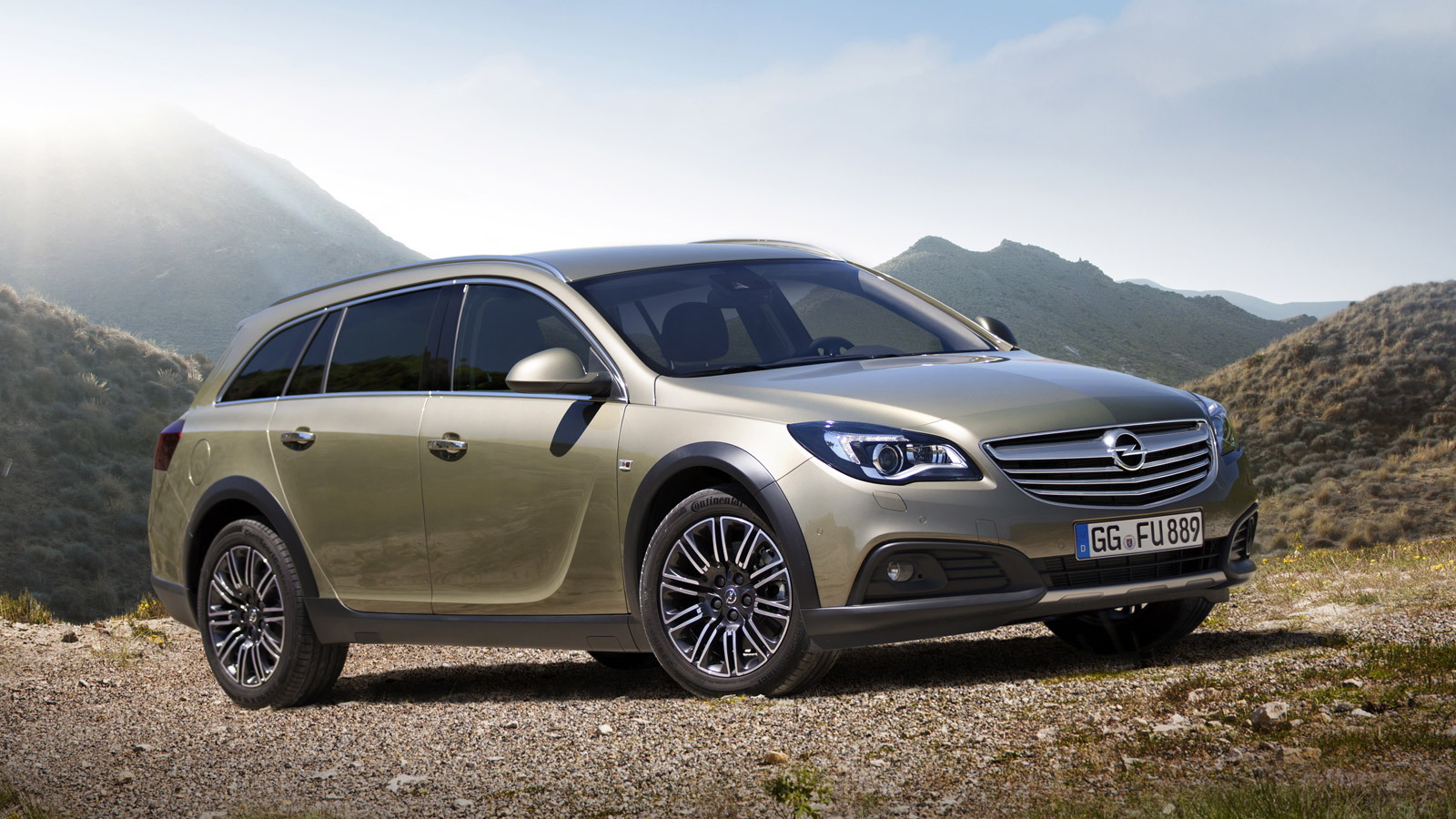 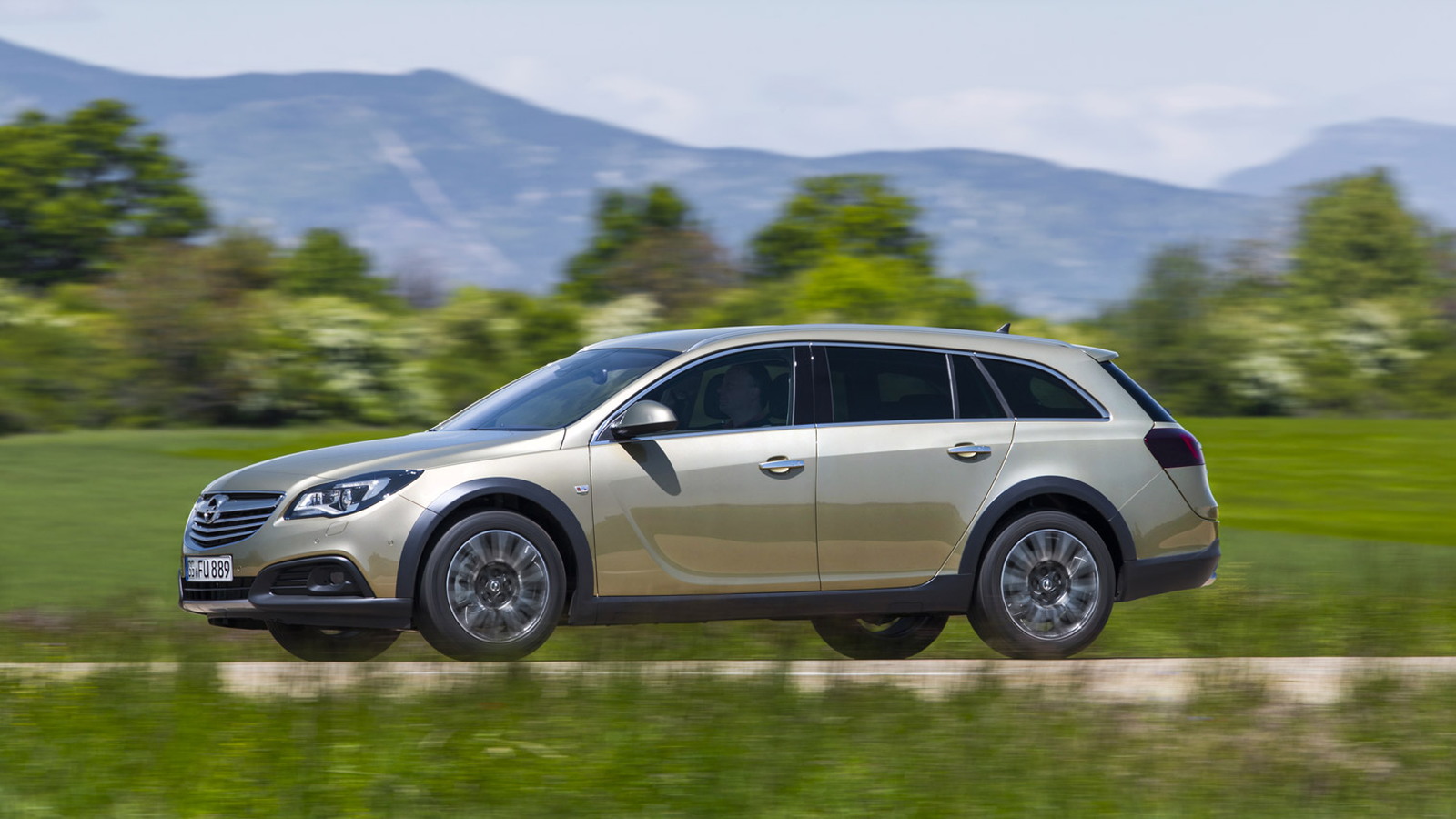 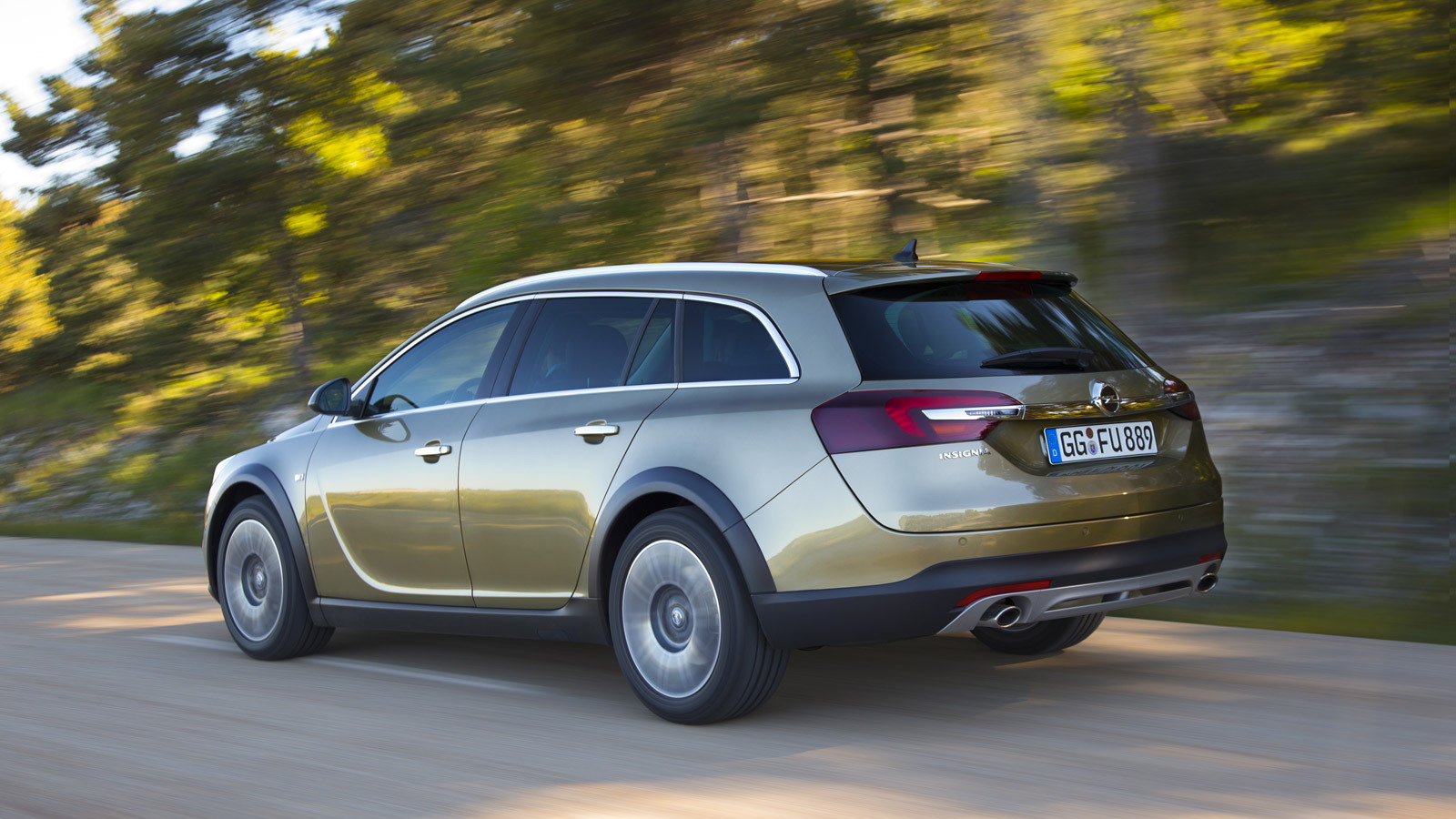 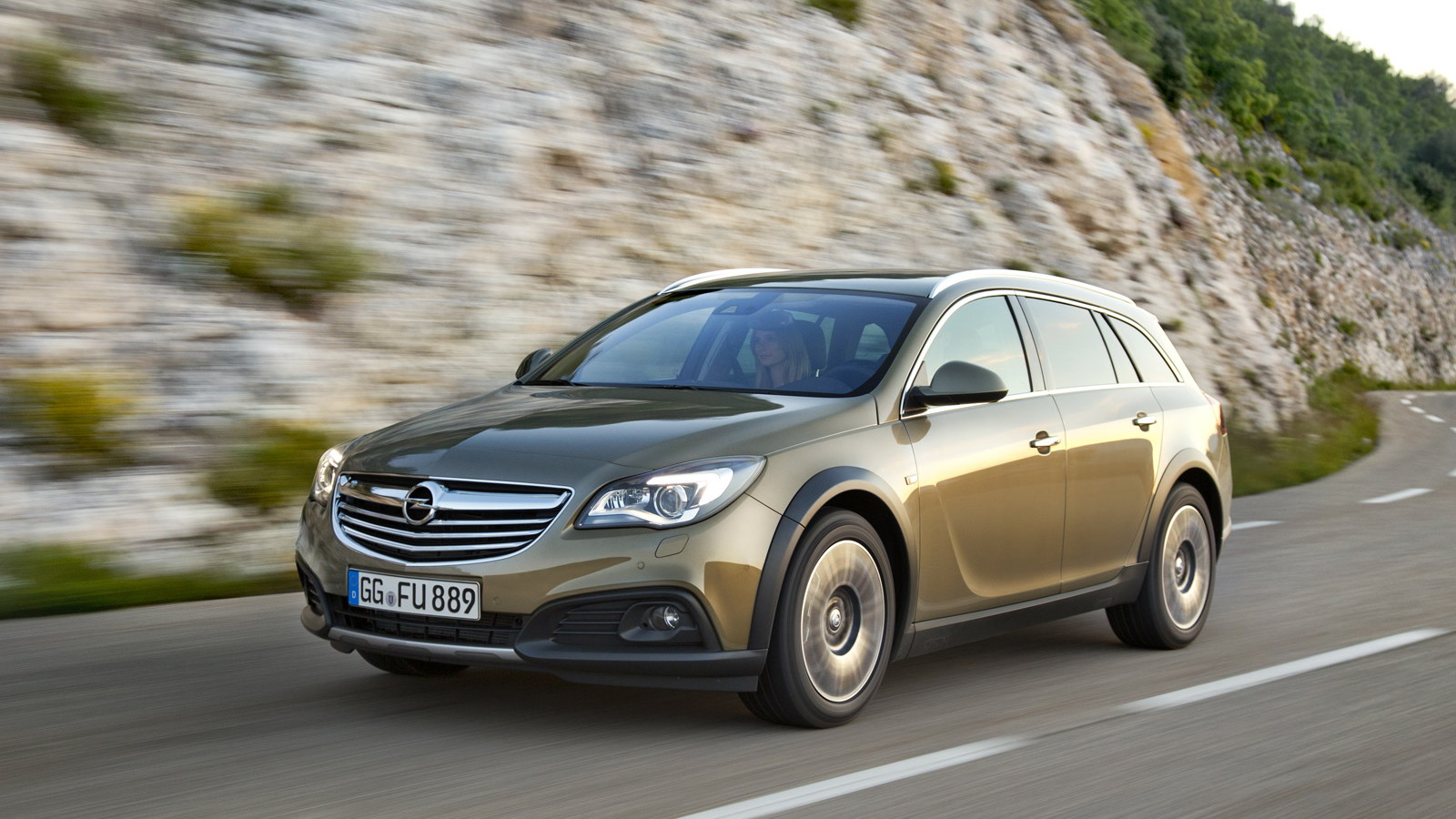 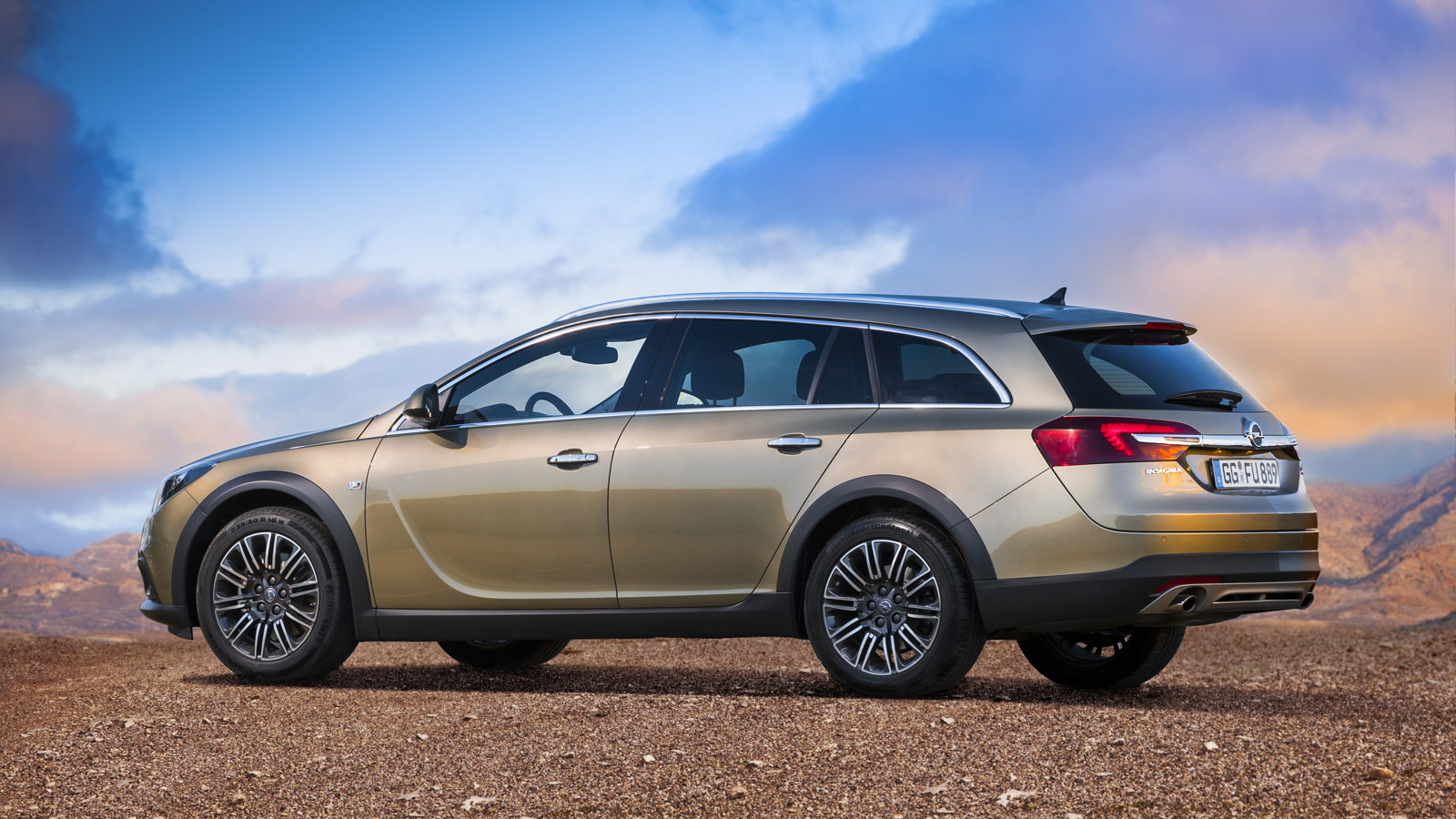 Joining the updated Opel Insignia range at the 2013 Frankfurt Auto Show in September will be the all-new Insignia Country Tourer, revealed today as the Opel brand’s new flagship. The vehicle is based on the Insignia Sports Tourer station wagon but gets some off-roading attributes such as taller ground clearance and protective body elements.

Opel was prompted to develop the car following the success of the smaller Mokka crossover, sold here as the Buick Encore. The Insignia Country Tourer now meets the demand of Opel customers seeking a toughened-up vehicle with a little extra cargo capacity.

The Insignia Country Tourer comes standard with all-wheel drive and a range of torquey turbocharged engines, the most powerful of which is a turbocharged and direct-injected 2.0-liter four-cylinder with 250 horsepower and 295 pound-feet of torque on tap. Transmission choices include a six-speed manual or six-speed automatic.

Drive is sent to all four wheels via a Haldex-based all-wheel-drive system incorporating an electronic limited-slip differential. The system constantly adapts to changing road conditions and varies torque distribution from 0- 100 percent between the front and rear axles, as well as between the rear wheels.

Onlookers will be able to easily recognize the Insignia Country Tourer by its taller ground clearance, underbody guards front and rear, and prominent wheel-arches with body cladding. A set of dual-exhaust tips round out the unique visual touches.

Inside, the vehicle gets all the latest goodies introduced for the Insignia’s 2013 update. The highlight is a new center console with an 8-inch touch-screen display. A touchpad surface common to many luxury cars has also been installed, just below the gear lever.

Press days for the 2013 Frankfurt Auto Show get underway September 10. For our complete coverage of the event, be sure to visit our dedicated show hub.