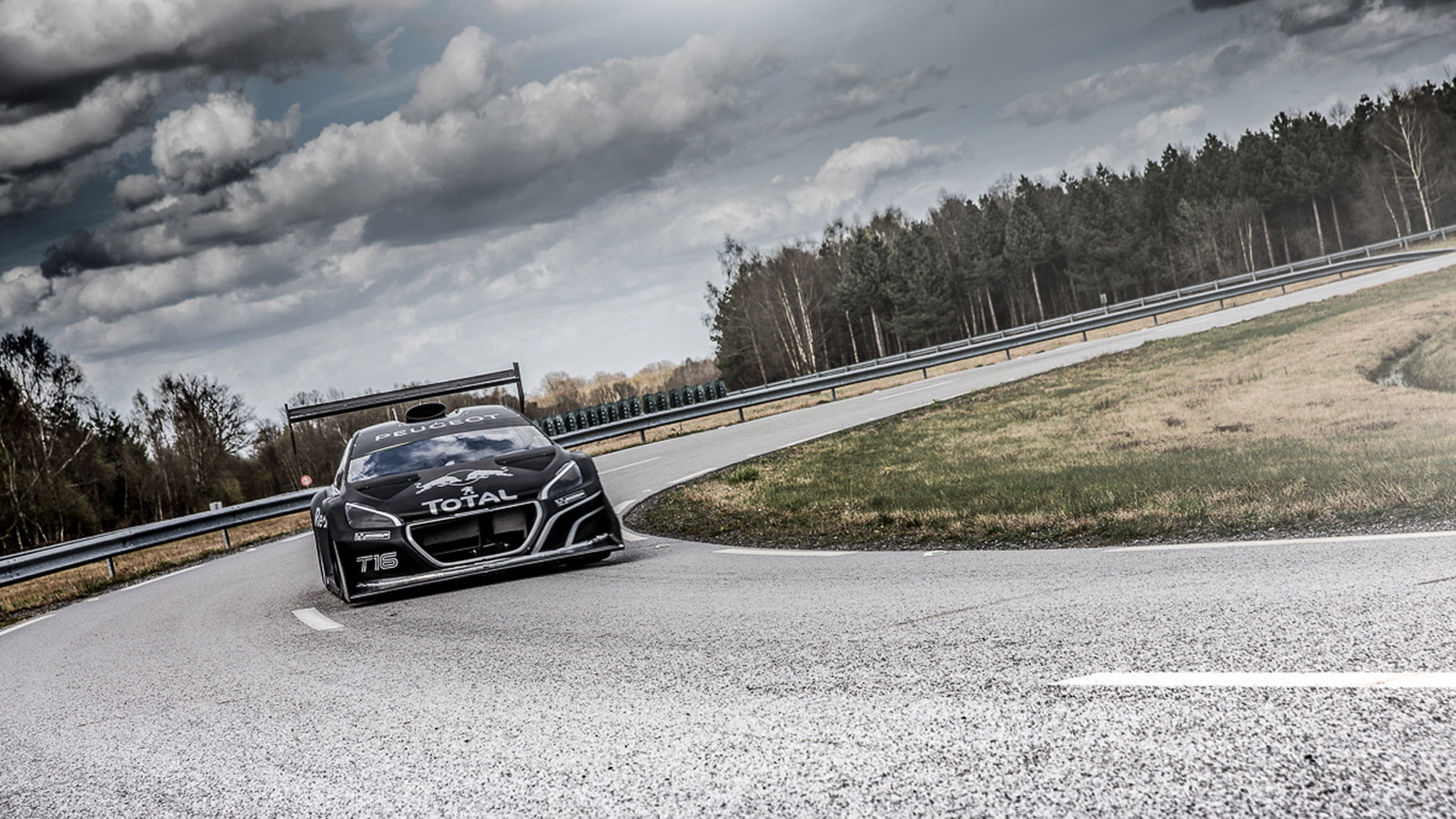 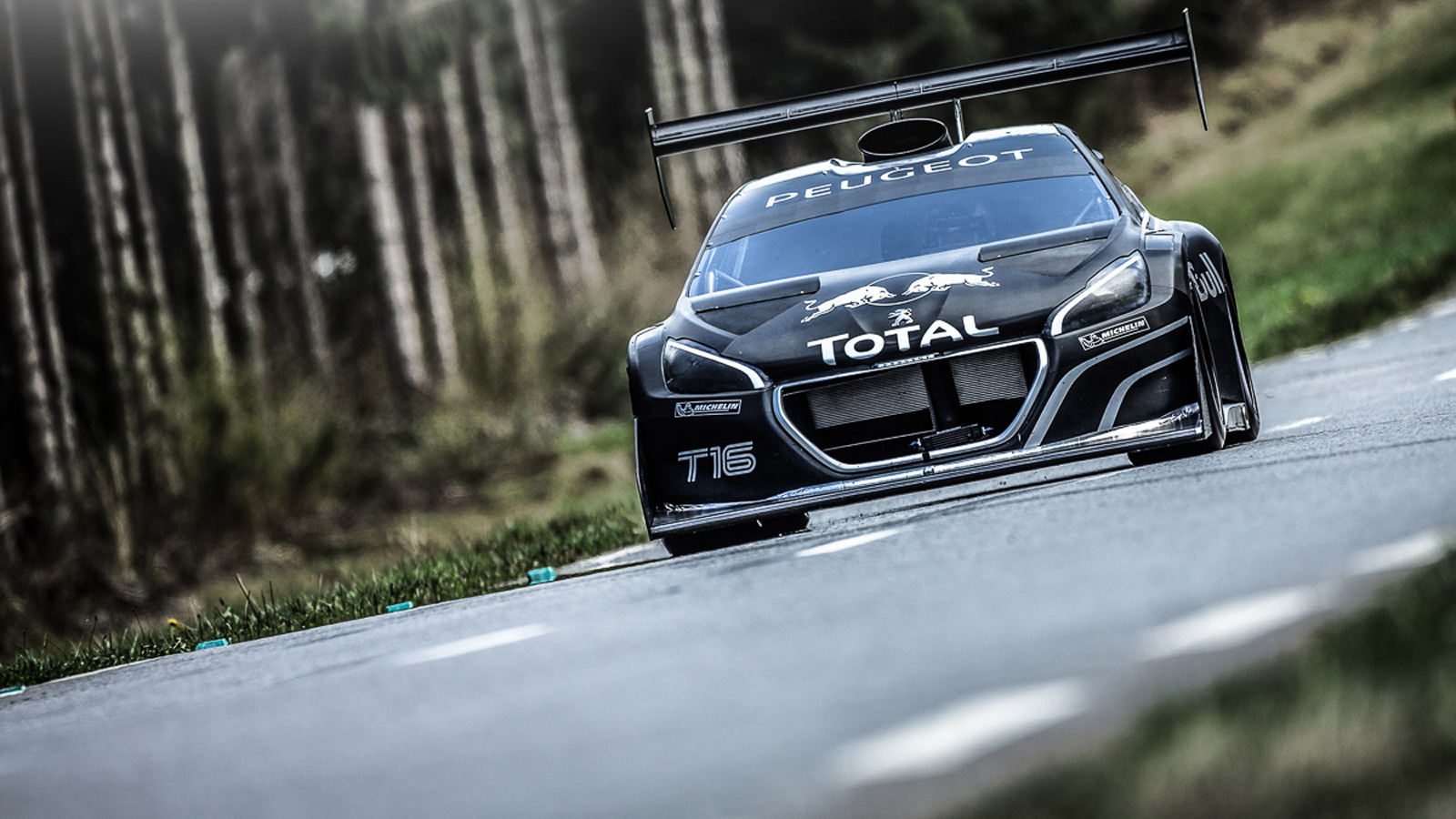 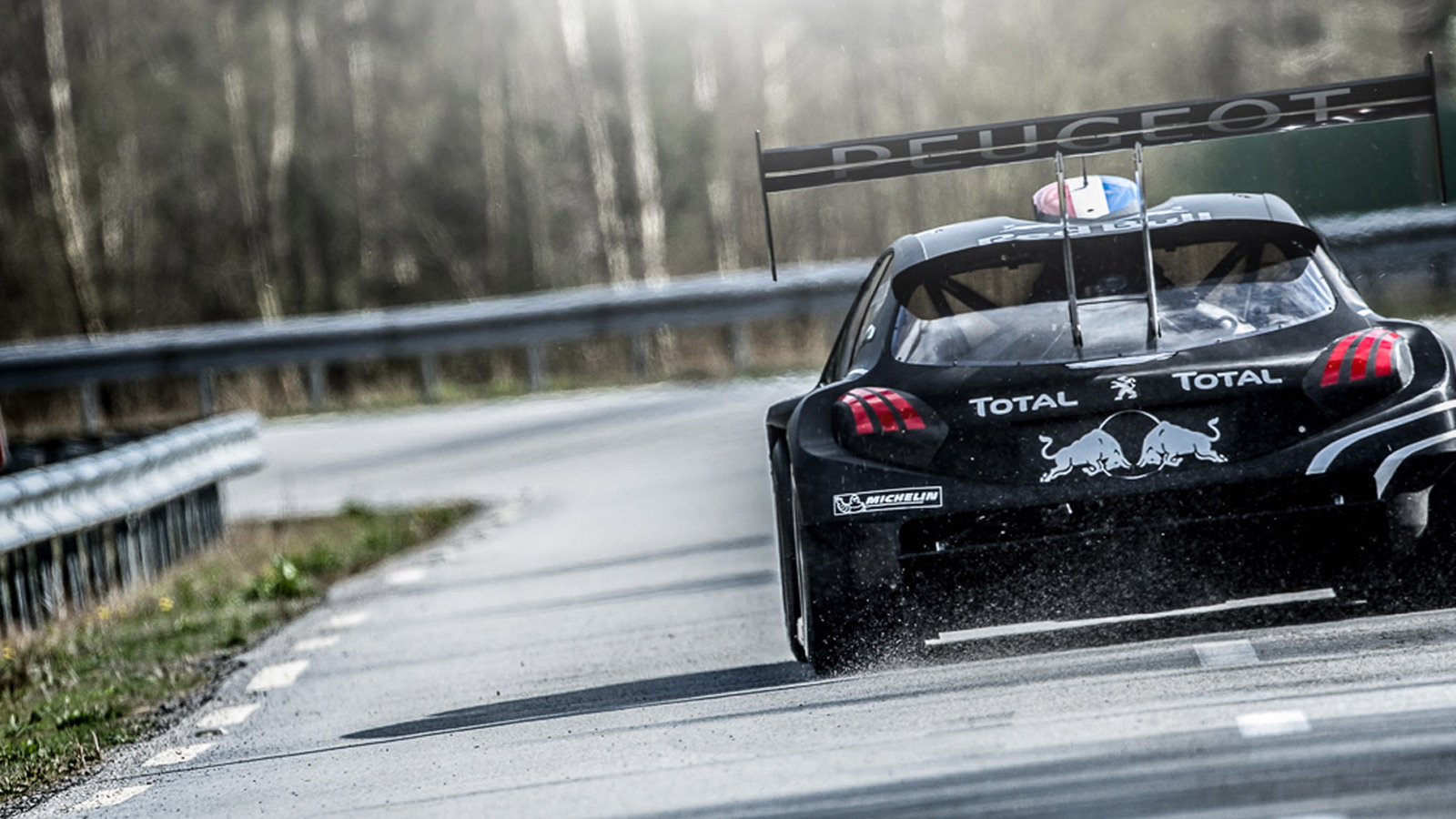 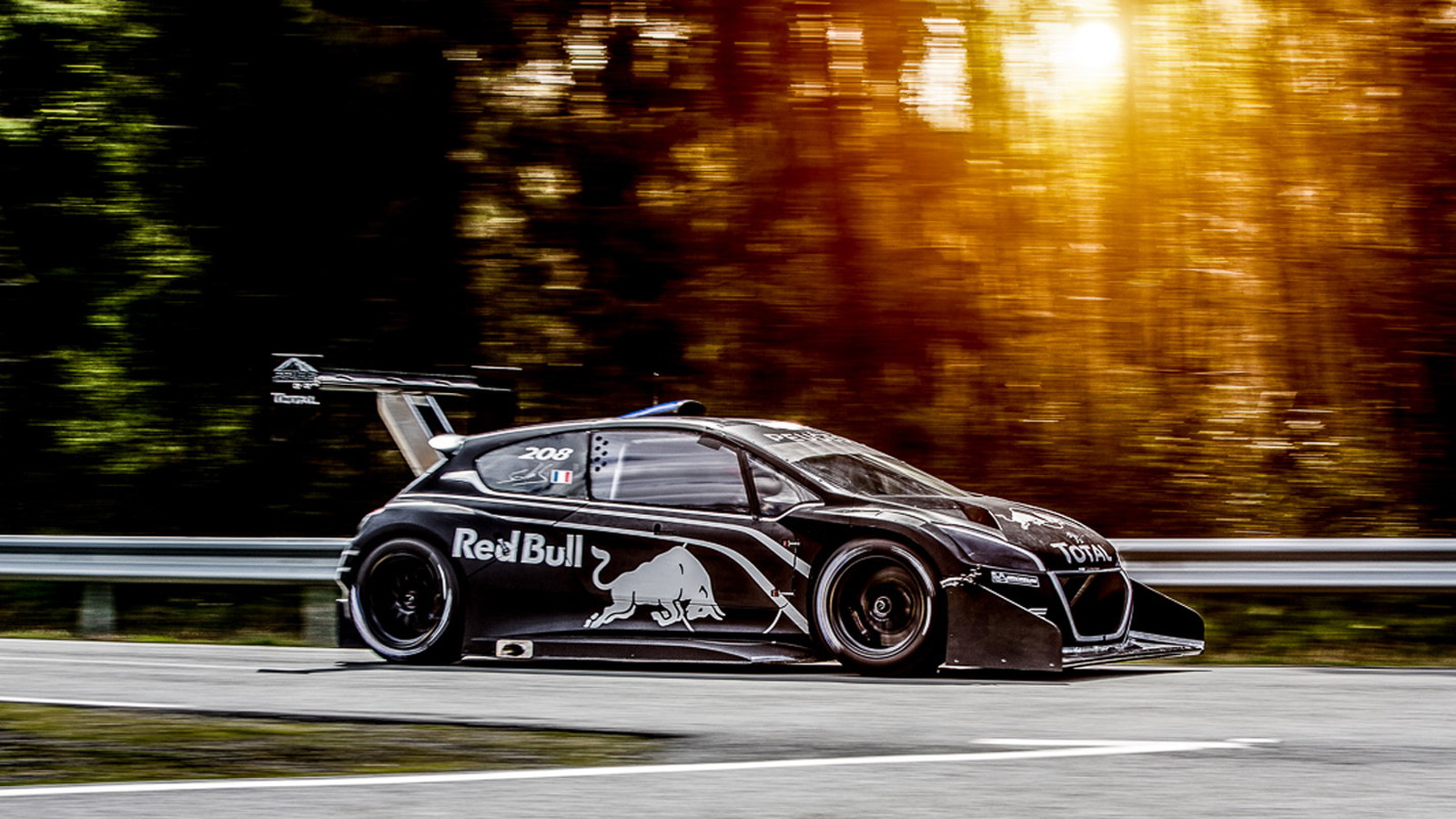 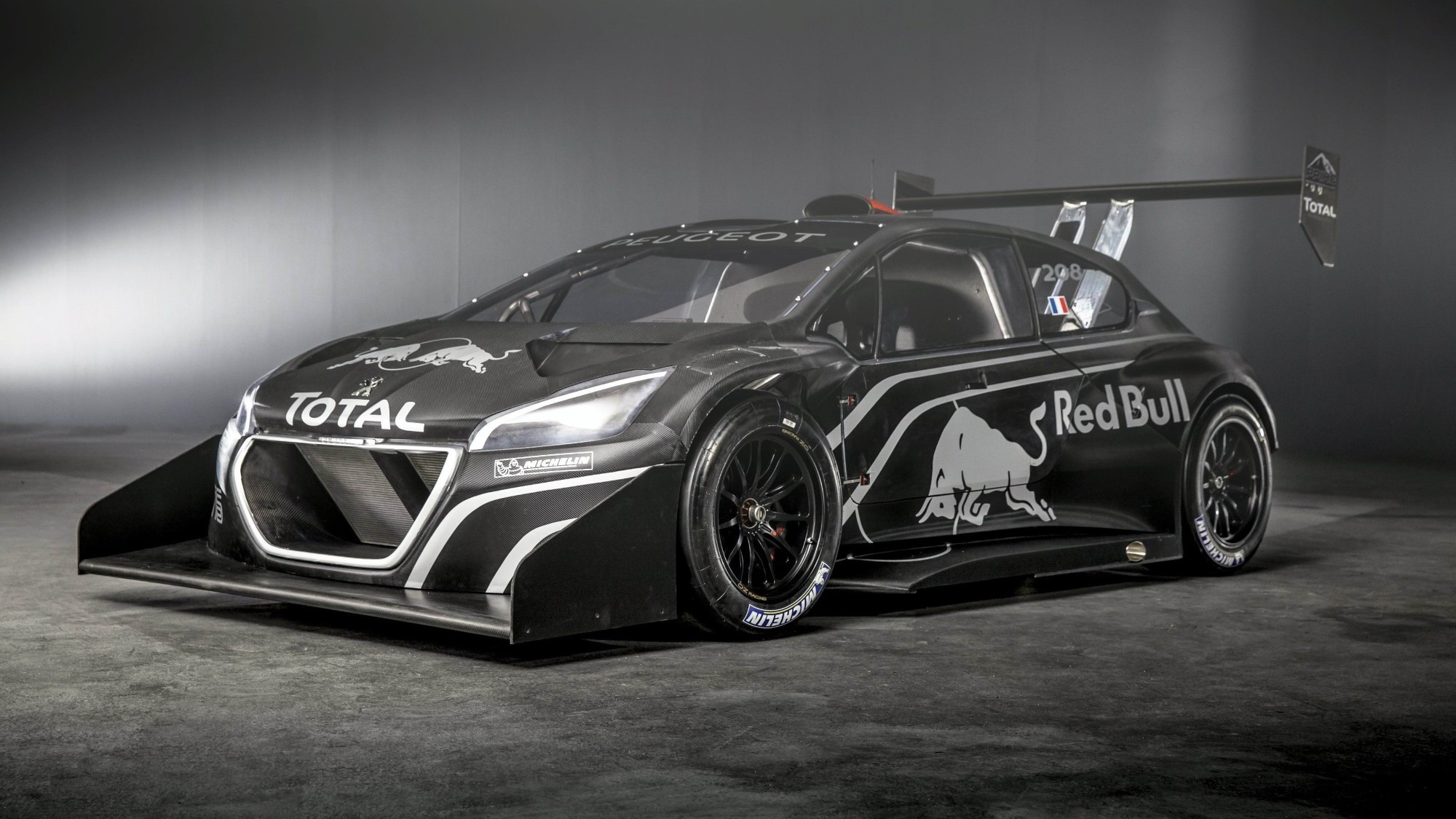 9
photos
Sébastien Loeb, possibly the most competent driver in any field of motorsport (we’re yet to see him in an F1 car, though), goes for his first test drive of Peugeot’s 875-horsepower 208 T16 Pikes Peak monster.

Loeb, of course, is used to handling such beasts, having won a record nine titles in the World Rally Championship and already looking successful in his latest endeavor, GT racing.

Peugeot is hoping Loeb’s winning streak will continue through to next month’s 2013 Pikes Peak International Hill Climb, with the French automaker keen to relive the glory of its back-to-back Pikes Peak wins in 1988 and 1989 using the 405 T16.

For its latest attempt, Peugeot has built up a 208 racer designed for the event’s Unlimited class. The entire vehicle weighs just 1,929 pounds, yet it’s packing an all-wheel-drive system, tubular steel chassis and a twin-turbocharged 3.2-liter V-6 tuned to deliver the aforementioned 875 horsepower.

With the pedal pressed to the floor, the 208 T16 will rocket to 60 mph from rest in just 1.8 seconds and reach 150 mph after just 7.0 seconds. Typical speeds on the winding climb, which has been fully paved since last year, range from about 30-150 mph.

Of course, Loeb will be facing some very tough competition on his way to the 14,000-foot high finish line. Pikes Peak’s most successful driver, Nobuhiro ‘Monster’ Tajima, will also be driving in the Unlimited class using a Toyota GT 86-based racer and fellow Pikes Peak veteran Rod Millen will also be at this year’s event, though he’ll be driving Toyota’s 2013-spec EV P002 electric racer.

This year’s Pikes Peak is scheduled for June 30.