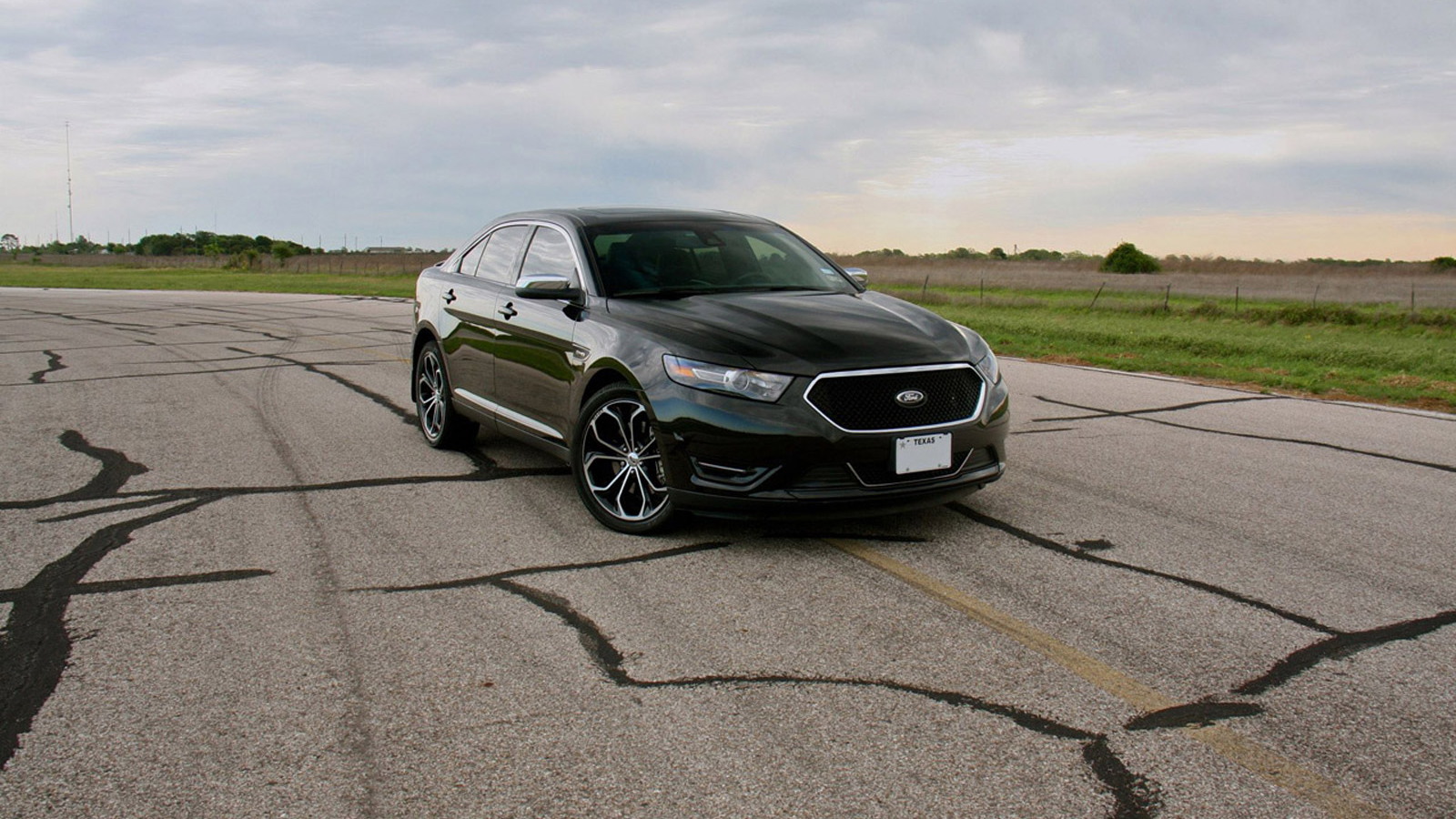 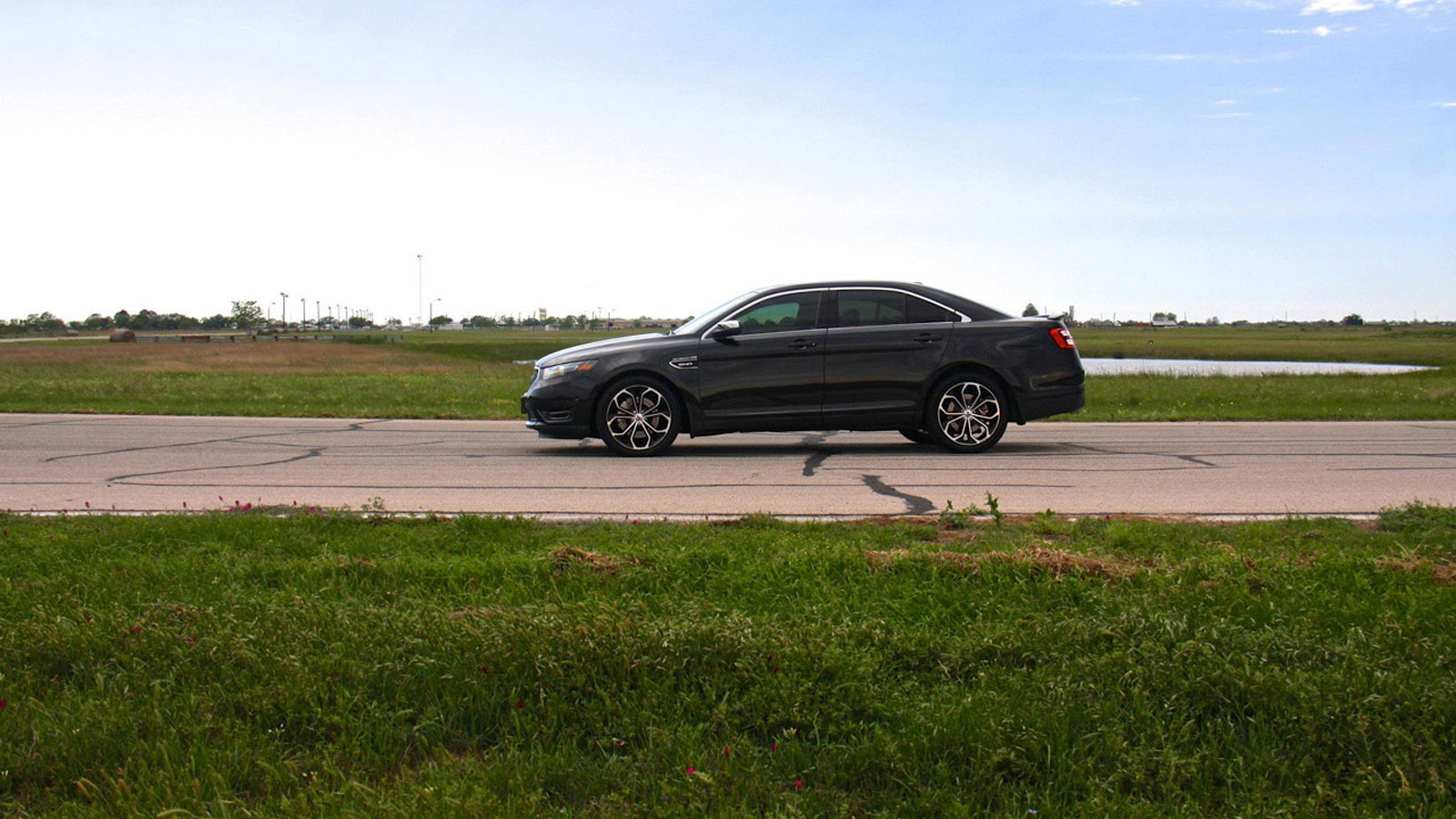 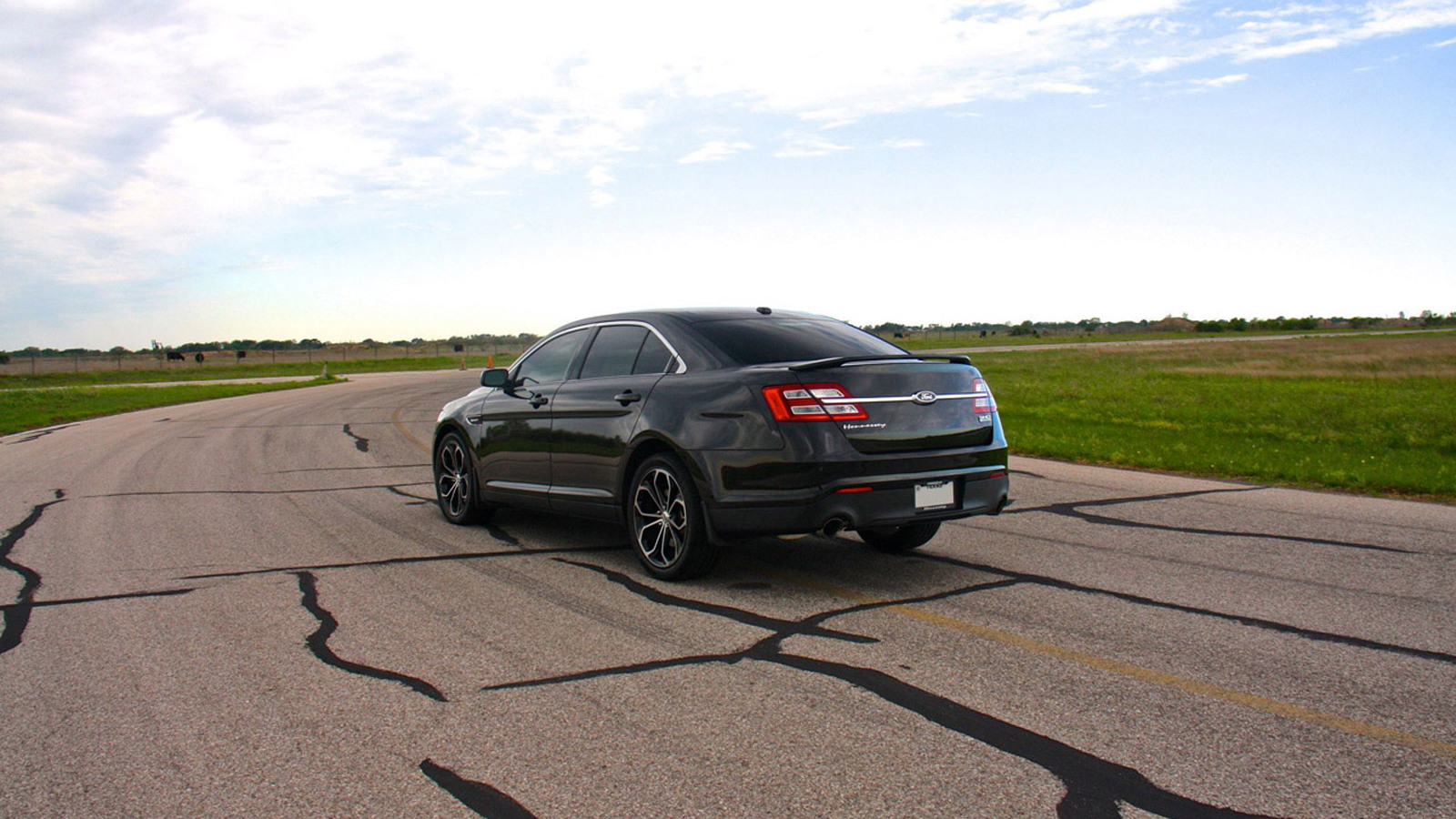 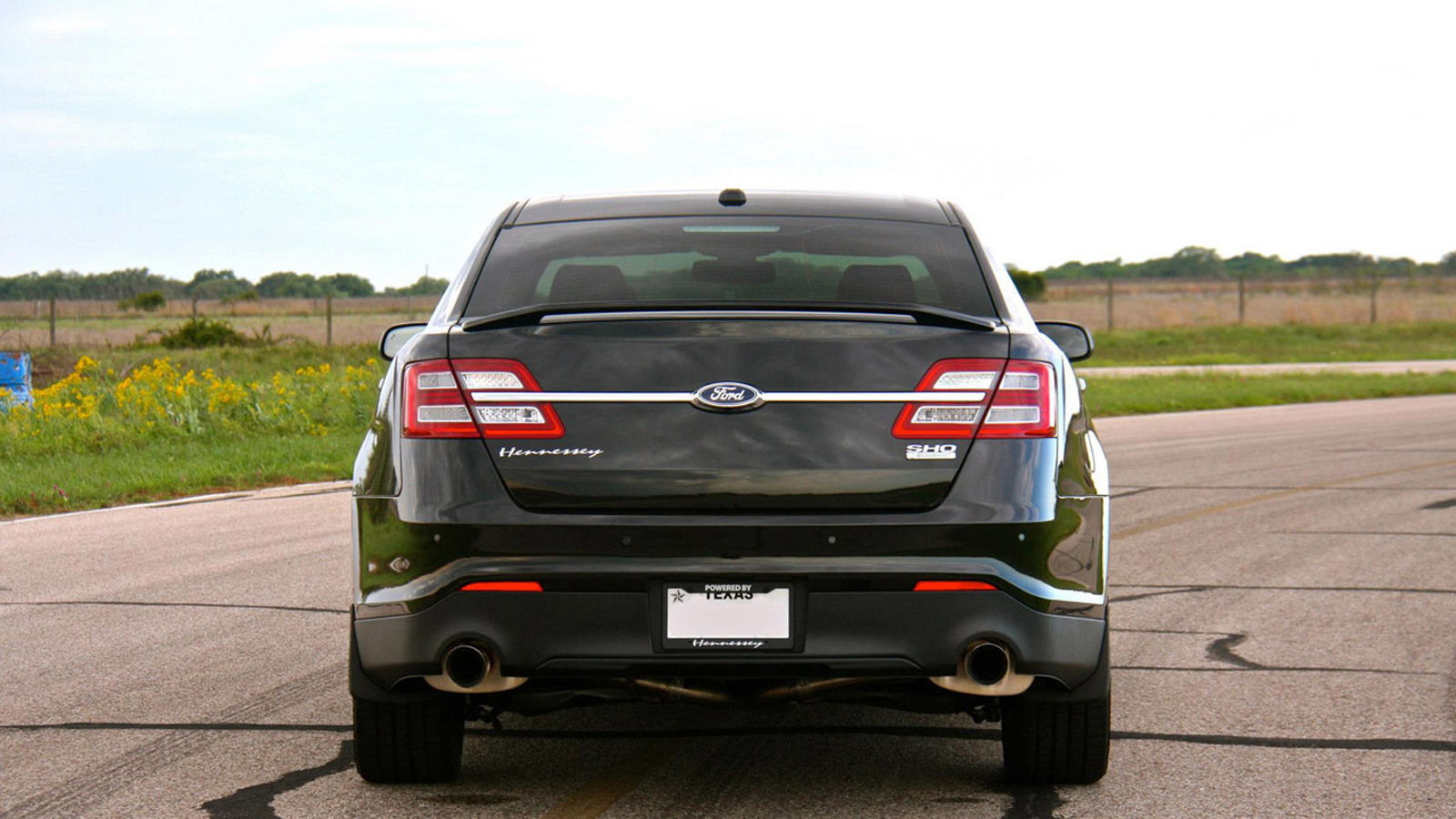 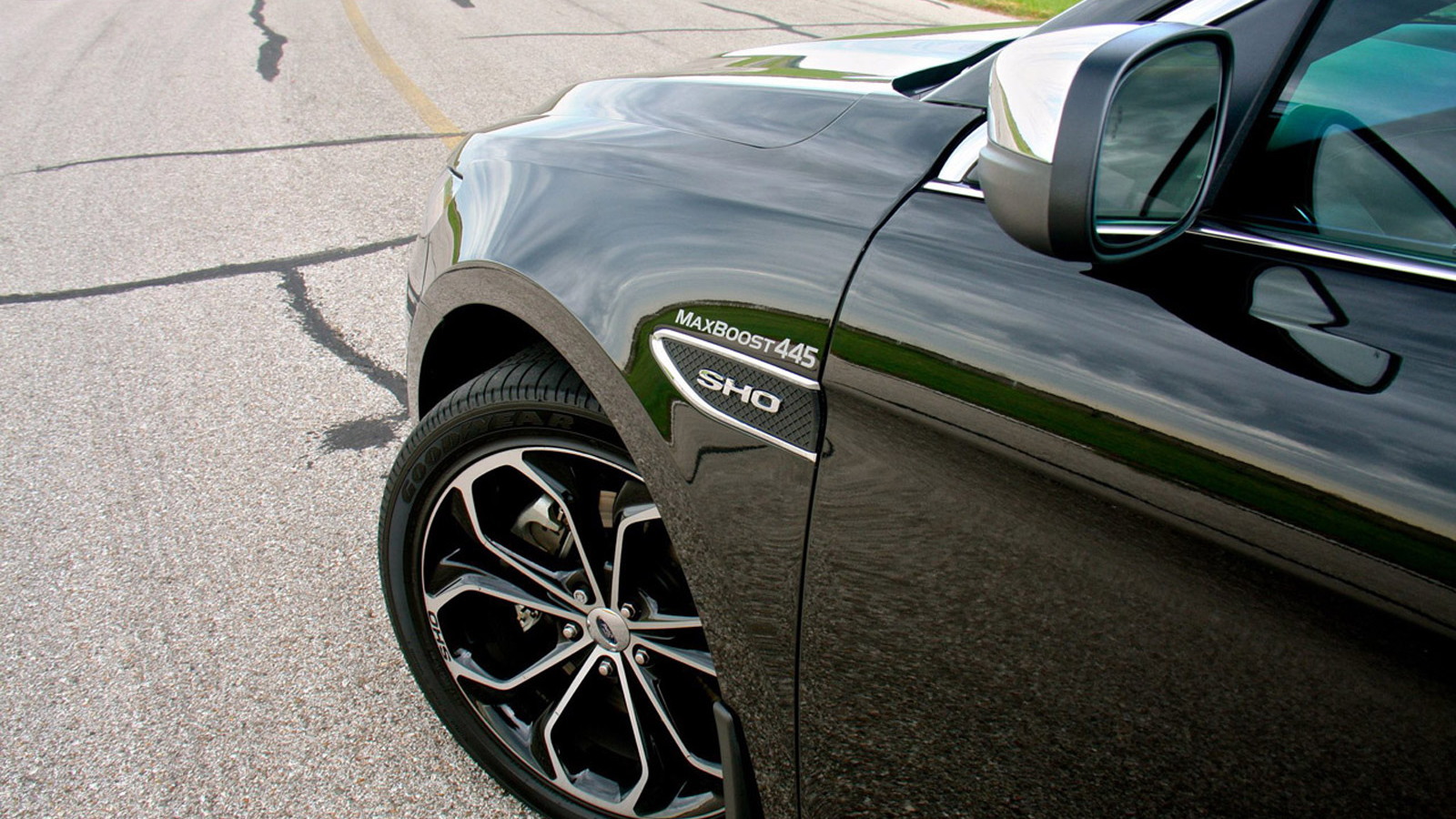 9
photos
Few cars available today fit the description of a “sleeper” better than the Ford Taurus SHO. Almost indistinguishable from a stock Taurus, the high-performance SHO, with its 365 horsepower and 350 pound-feet of torque, will put many sports cars to shame.

The guys at Hennessey, however, have taken the car’s performance to the next level, bumping output to a heady 445 horsepower.

This sees the car’s 0-60 mph time drop to an impressive 4.3 seconds while its quarter mile elapsed time is an insane--for a large family sedan--12.8 seconds and its trap speed 109 mph.

The upgrade is called the MaxBoost 445 and it focuses on enhancing the response of the Taurus’ 3.5-liter EcoBoost V-6 engine. It includes a list of fairly conservative mods, which suggests we could see some much more powerful upgrades for the Taurus coming soon from Hennessey.

All the modifications come with a one year/12,000 mile limited warranty, and should you wish to announce that your SHO is packing more heat than the next one, customers can also order exterior badges and even custom headrests. Of course, these items would go against the sleeper philosophy of the Ford Taurus SHO.

If you like your luxury as much as your performance, Autoblog points out that Hennessey is also offering a similar upgrade for the Lincoln MKS. This upgrade is called the MaxBoost 435 and as its name suggests it increases output of the MKS to a healthy 435 horsepower.