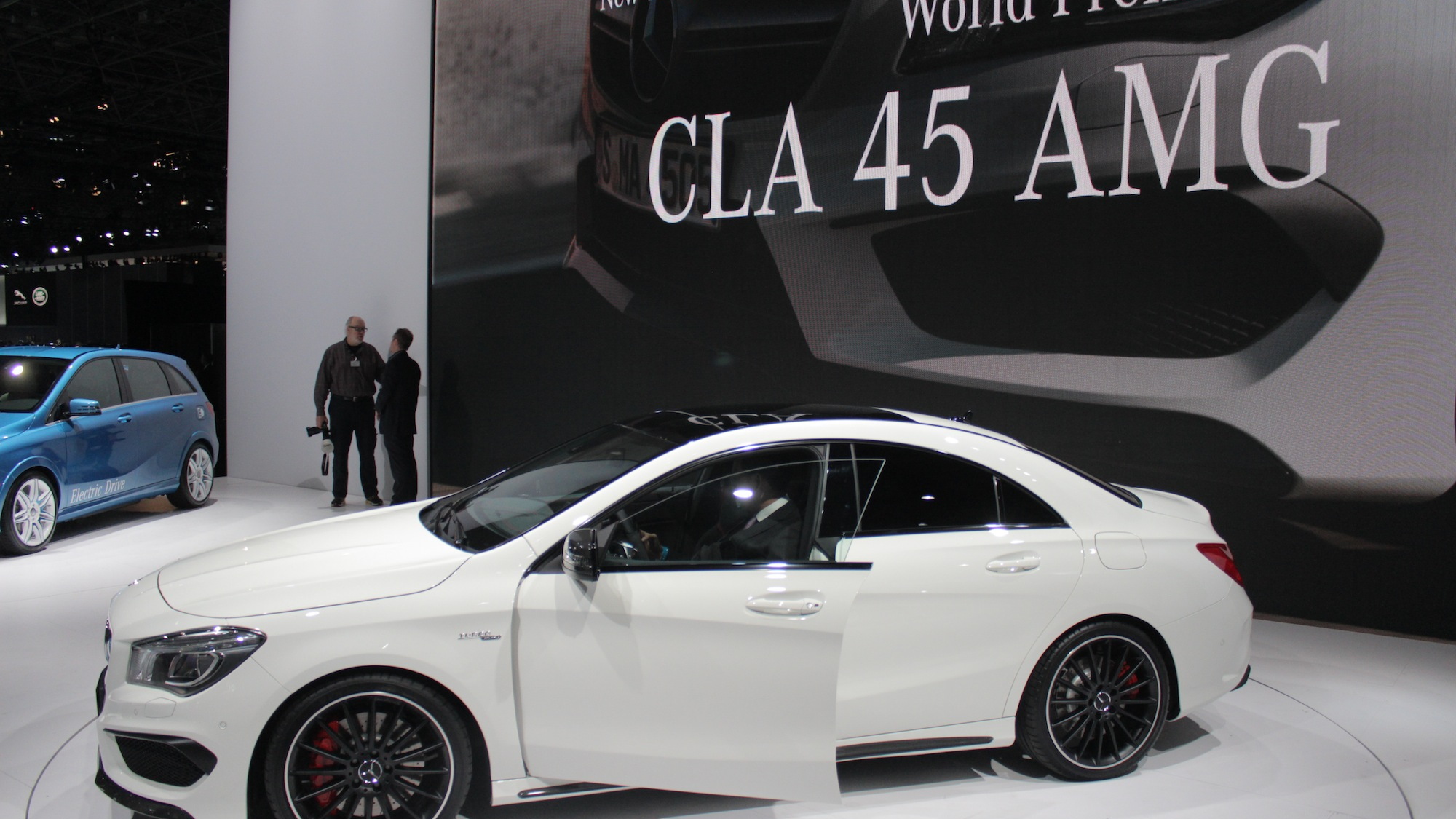 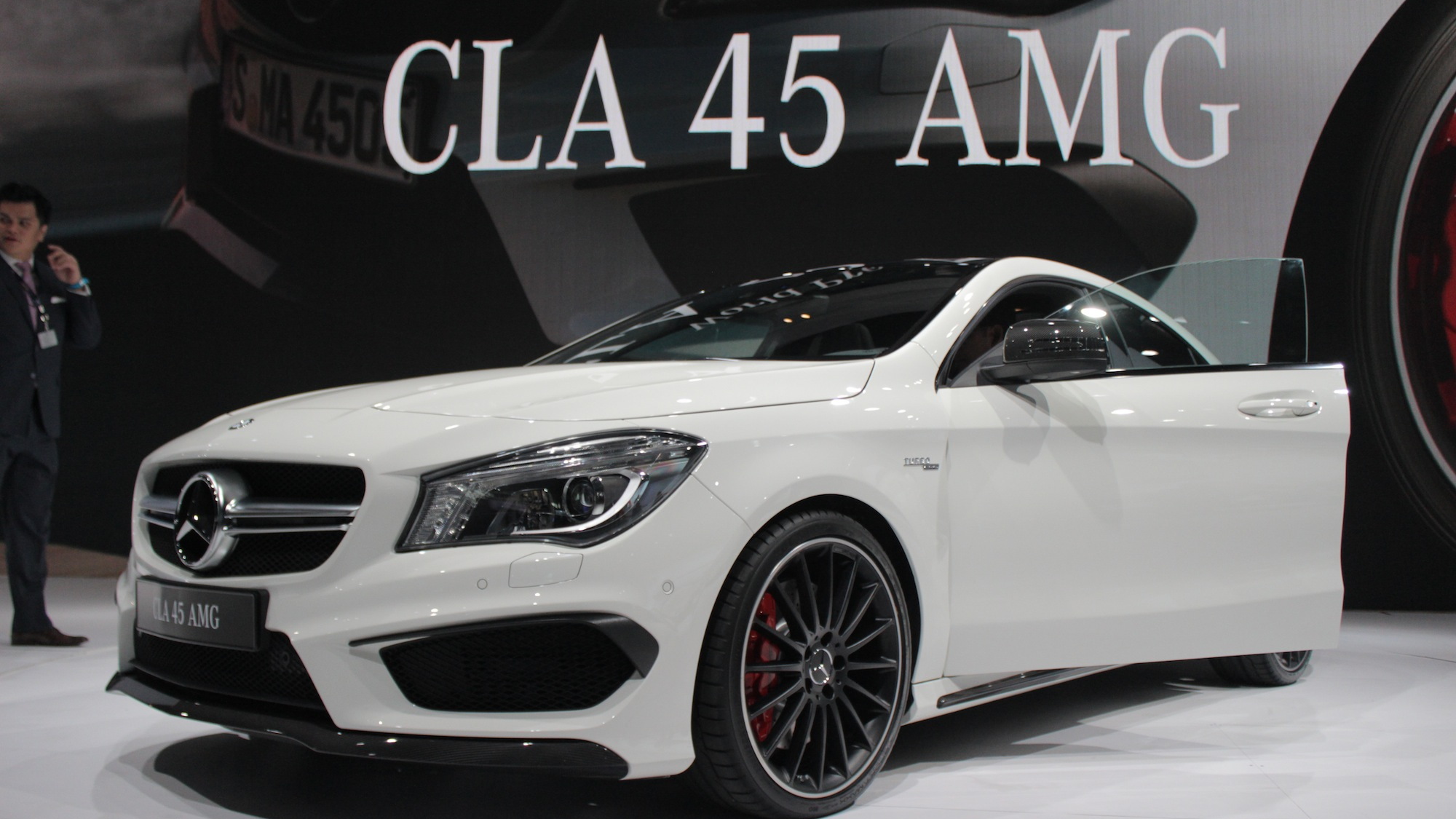 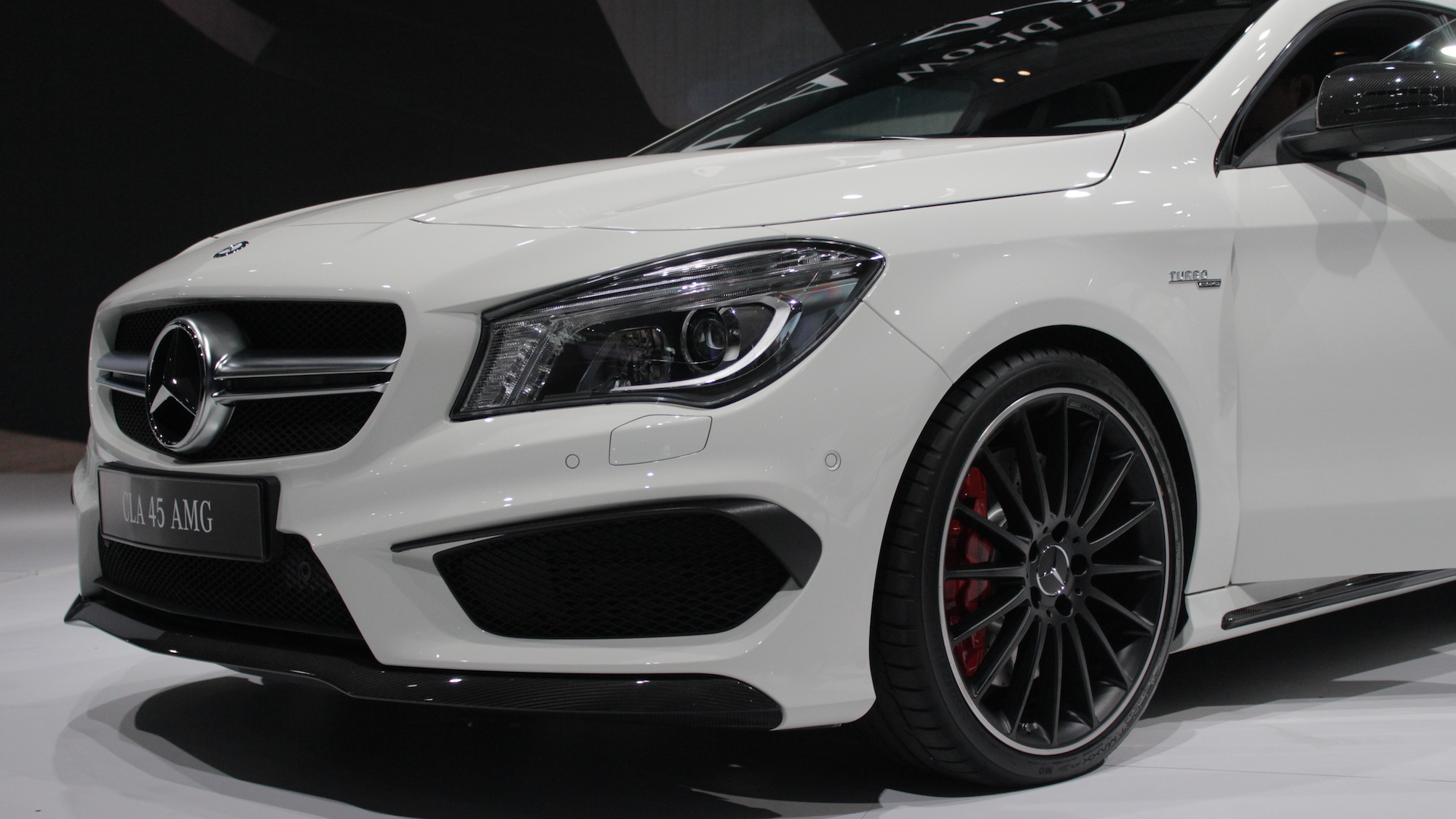 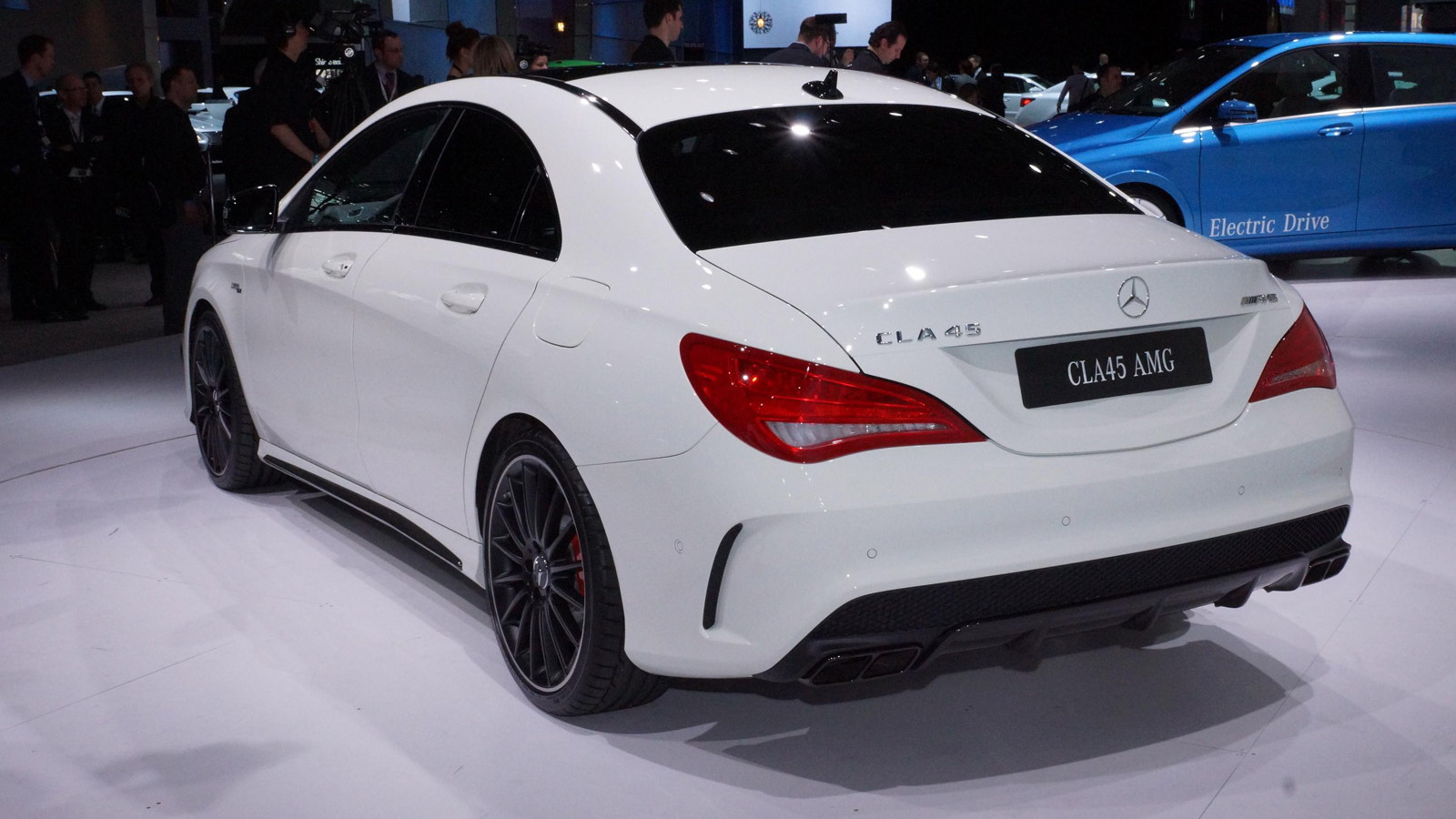 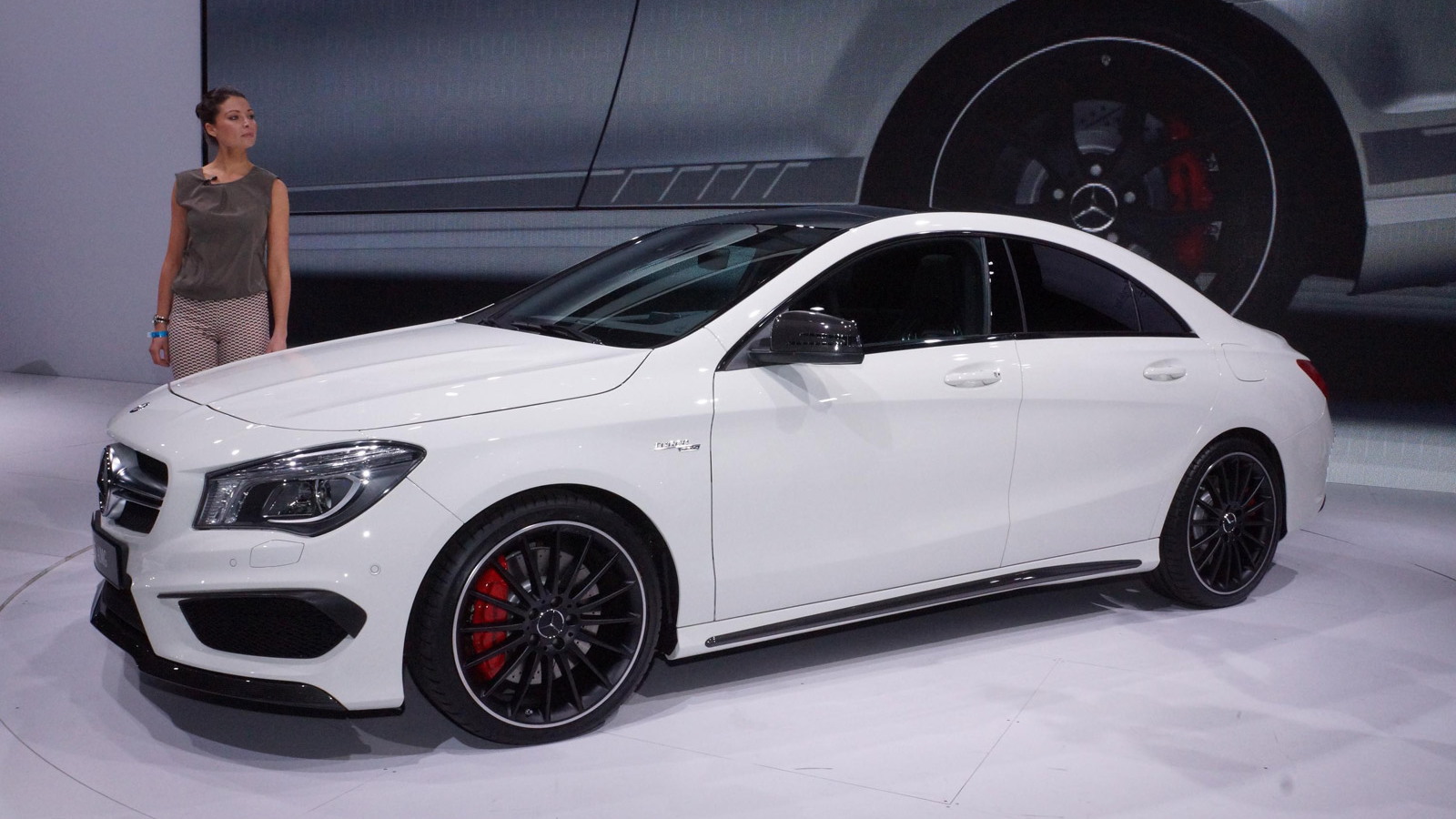 18
photos
This week’s 2013 New York Auto Show didn’t have as many impressive global debuts as Geneva did, but it did host the debut of one of our most anticipated cars of the year: the 2014 Mercedes-Benz CLA45 AMG.

Today, we have a gallery of photos taken at its debut.

Looking very much like you'd expect, the CLA45 AMG offers a more aggressive, aero-treated take on the standard CLA Class exterior, and a more Alcantara-and-carbon-fibered take on the interior. From every angle, inside and out, the photos show it's a well-executed look.

Better yet is the potency packed into this pint-sized four-door coupe. Under the hood is a turbocharged and direct-injected 2.0-liter four-cylinder engine, which develops an astonishing 355 horsepower and 332 pound-feet of torque.

As Mercedes likes to boast, that’s as much performance as some V-8 engines, including the automaker’s own from just a few ago, and it also makes the car the most powerful four-cylinder model currently in production--a title it shares with its A45 AMG hatchback equivalent sold overseas.

Mercedes is estimating a 0-60 mph time of 4.5 seconds for the CLA45 AMG and says the car should have no problem reaching its governed top speed of 155 mph.

So how much will this all cost you? Pricing for the 2014 Mercedes-Benz CLA45 AMG starts at a very reasonable $48,375, including destination.

Keep up on all the big announcements at this week's New York Auto Show, here at Motor Authority.