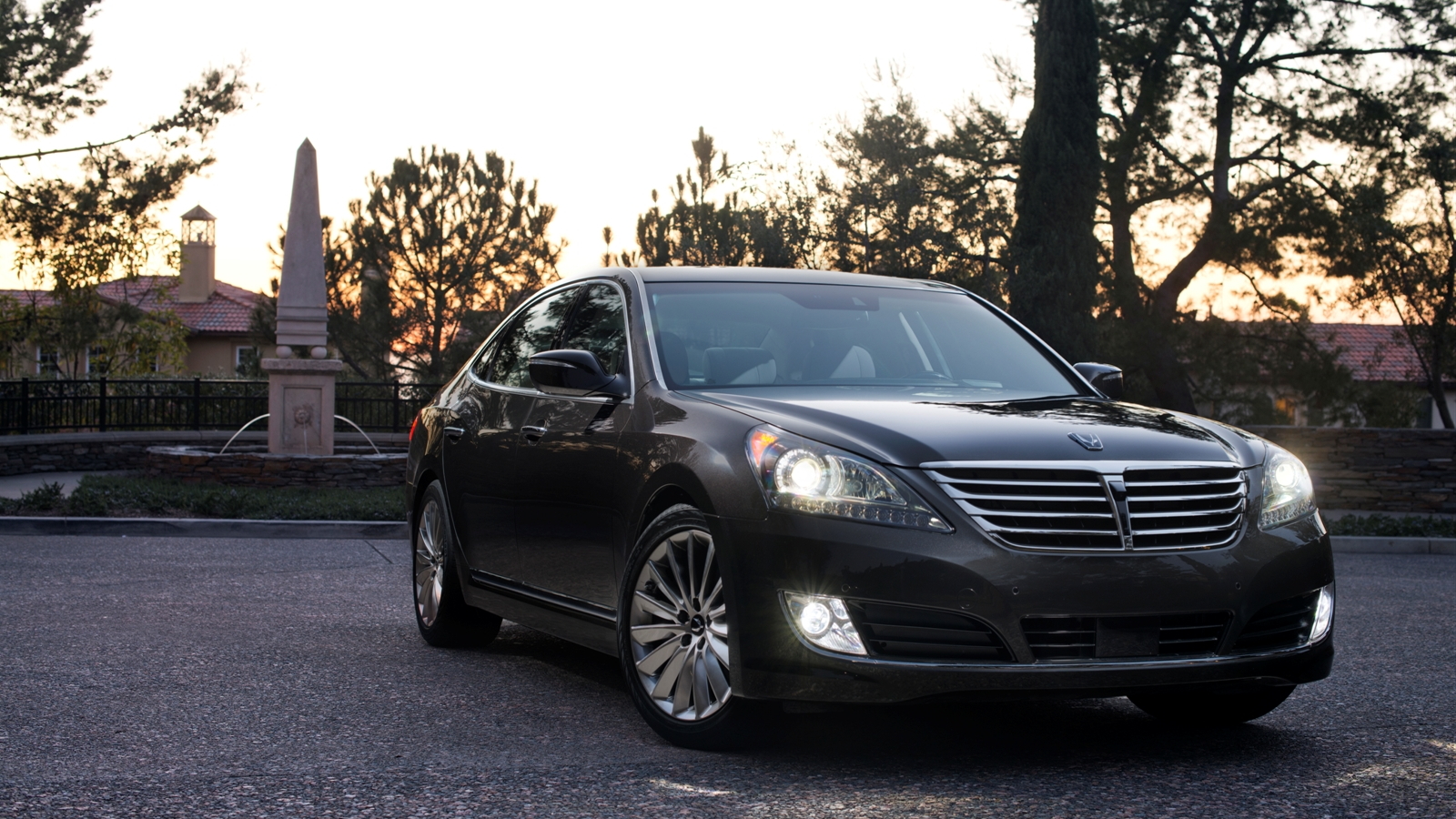 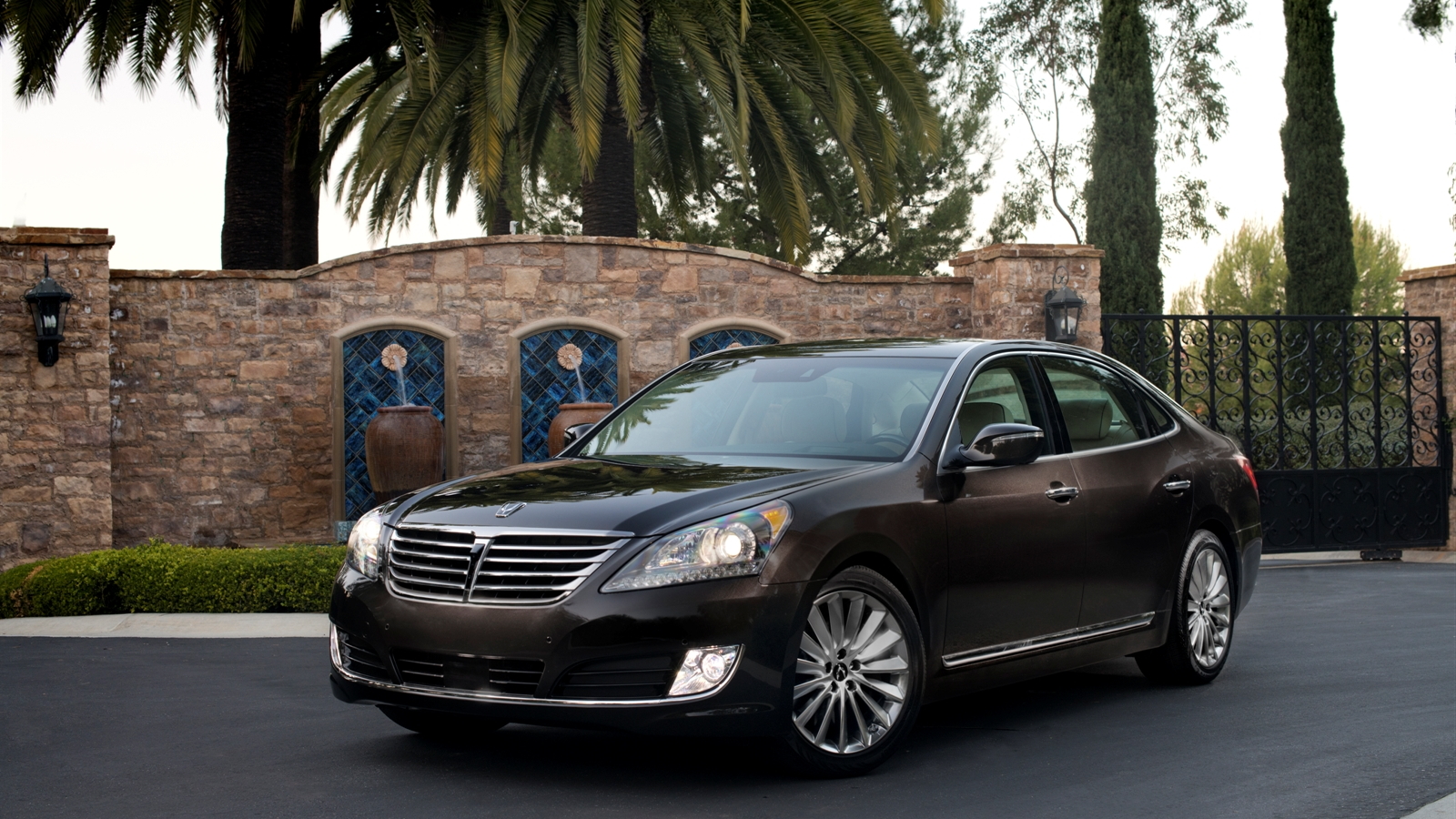 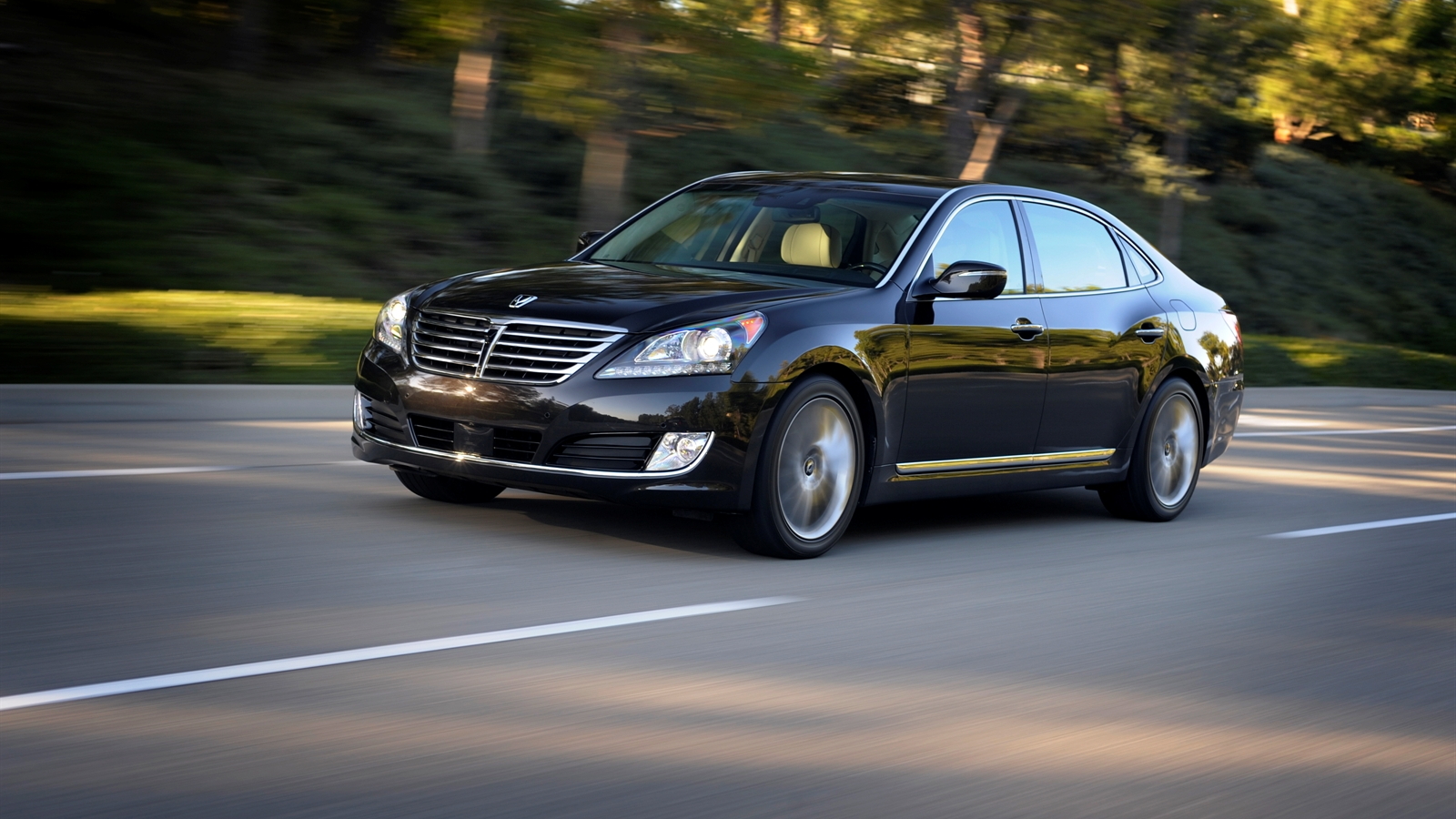 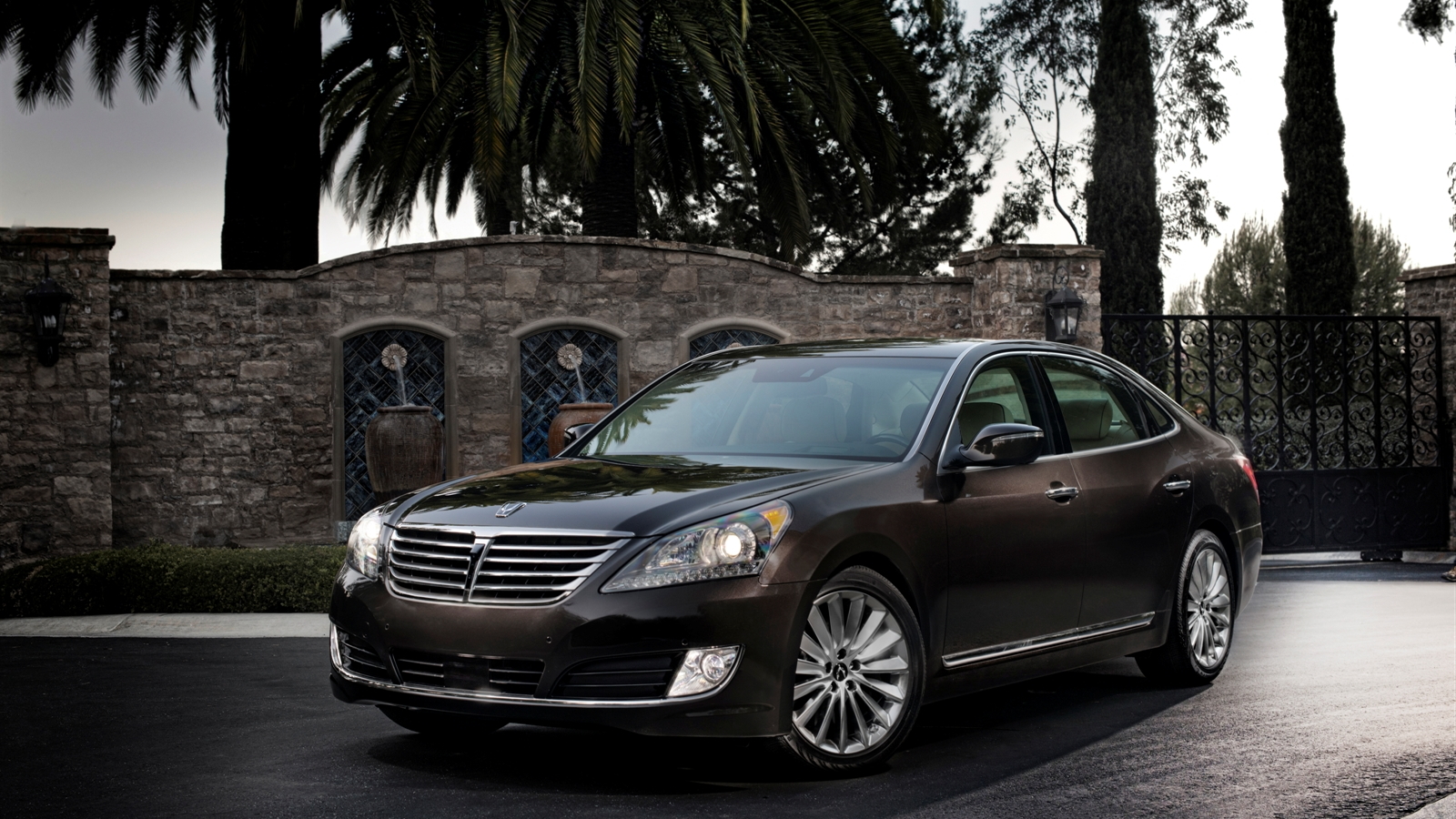 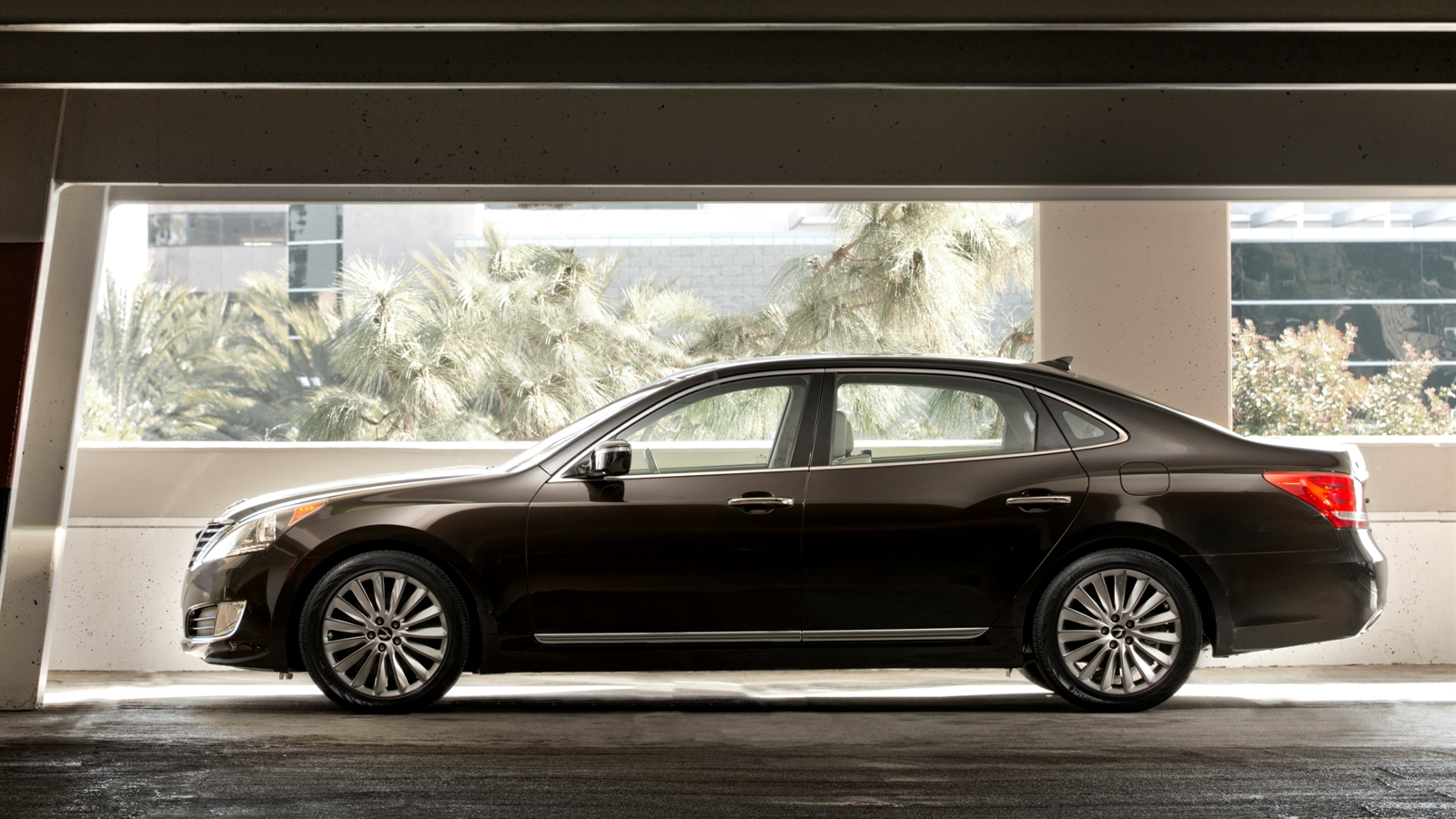 29
photos
When Hyundai first revealed its Equus several years ago, adding a model to compete with the likes of the Mercedes-Benz S-Class, Lexus LS, or Jaguar XJ, among others, seemed downright outlandish. But what was seen as far-fetched then is now seeming quite smart.

Now for 2014, as previewed at the 2013 New York Auto Show, Hyundai is giving the Equus a significant refresh, including some subtle changes on the outside, a redesigned instrument panel, new cabin materials, suspension improvements, and a host of new active-safety technologies and upgrades.

On the outside, a new grille and front fascia bring the look more in line with the Azera introduced last year, while turbine-blade polished silver wheels and new LED fog lamps help punctuate it. A redesigned center stack and instrument panel are smoother and more flowing in appearance, while the cabin gets premium wood trim, a new ivory leather theme, and new rear center-console controls.

Especially of note is a long list of new active-safety features, many of them standard. A Blind-Spot Detection system is now standard, as are smart cruise control, a lane departure warning system (including even a haptic seatbelt warnign), and a Rear Cross-traffic Alert system. On the Ultimate model there's a head-up display and a multi-view camera system.

One thing that doesn't change in the 2014 Equus is the powertrain, and that's fine with us. The 5.0-liter 'Tau' V-8 in the Equus makes 429 horsepower and 376 pound-feet of torque and, as we've experienced in the 2013 model, delivers its power very confidently (and with more of a gruff, assertive sound than most luxury sedans) through an eight-speed automatic transmission with manual controls.

The Equus keeps its air suspension system as well as continuous damping. And thanks to revised tuning for the damping system, there's more differentiation between the Sport and Normal modes, with crisper damper tuning for the Sport setting and enhanced ride comfort otherwise. A Snow drive mode has also been added.

As before, the interior of the Equus is, perhaps to all but the most discerning eyes, every bit as good as those of luxury cars costing much more—and perhaps even more comfortable than in some rivals' cabins. Hyundai boasts that it has more leg, head, and shoulder room in both the front and rear than the Lexus LS 460. With expanded rear-seat controls, you can now do things like change navigation settings from the backseat—if someone's doing the driving for you, of course.

And if you opt for the top Equus Ultimate, you may want to consider riding in back—as you add things like cooled rear seat, power rear sunshades, power lumbar adjustment in back, power door closers, and an upgraded rear entertainment system, as well as a new forward-view cornering camera, a head-up display, and big 12.3-inch reconfigurable instrument cluster for the driver.

Features otherwise remains much the same—which is to say that you get far more features for the money than any luxury sedan you might compare the Equus to. Included across the model line are a navigation system, BlueLink telematics system, and 17-speaker Lexicon surround sound.

One key to the Equus' success may just be at the dealership, and thankfully not much changes there for 2014. Hyundai might offer the Equus under the same brand as models like the Accent and Elantra, but it offers prospective shoppers—and buyers—a very different driving experience. It has so-called Product Champions to deliver the Equus for a test drive, while at the dealership it offers complimentary loaners or vehicle pick-up and delivery. It was also the first model with an interactive owner's manual app for the iPad,

Check back soon, as we hope to give you an update on how the revised 2014 Hyundai Equus looks up close, drives, and compares with the luxury establishment.

See our full review pages on the 2014 Hyundai Equus at The Car Connection for more details, and our Motor Authority coverage for all the latest from the 2013 New York Auto Show.