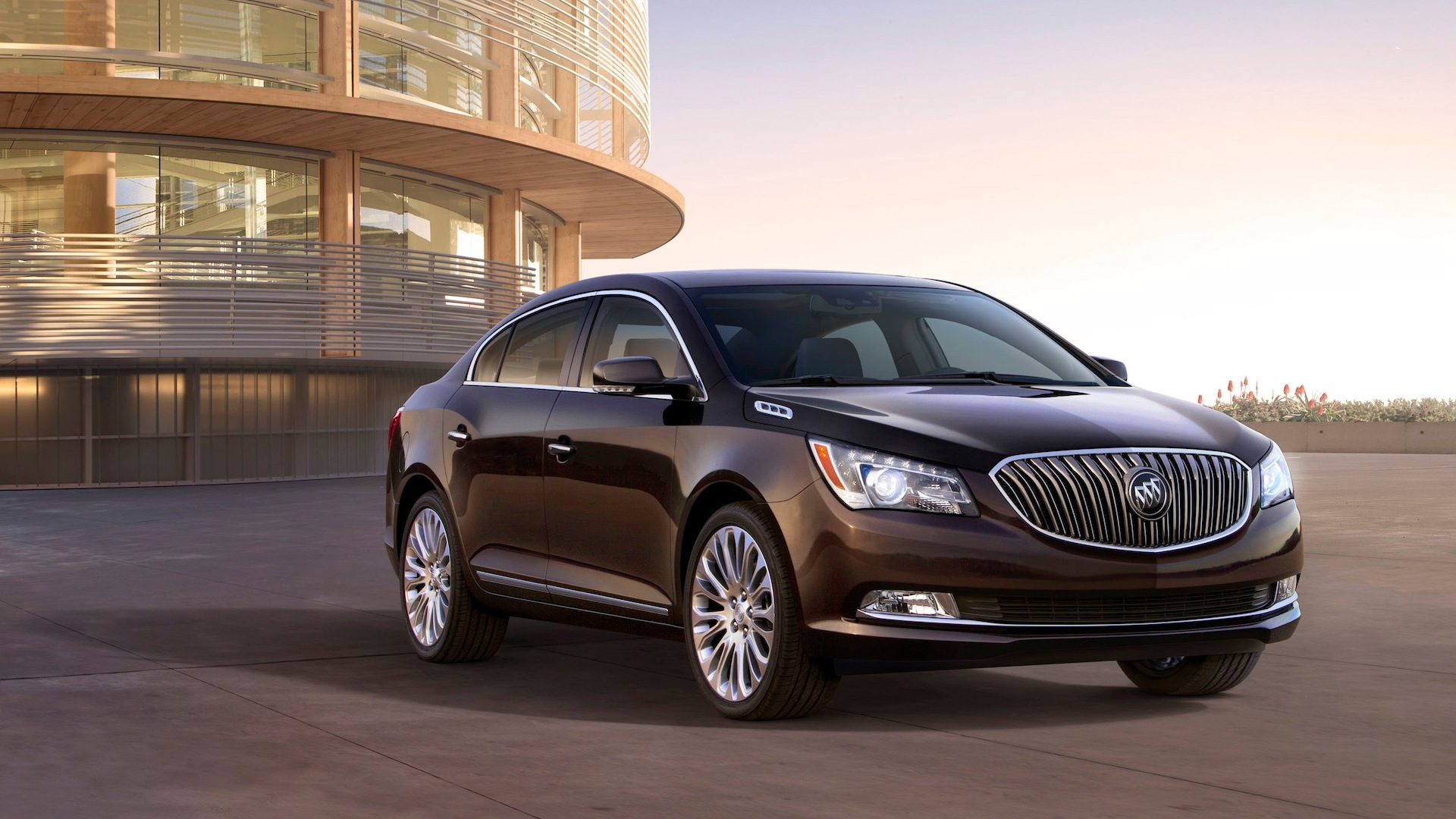 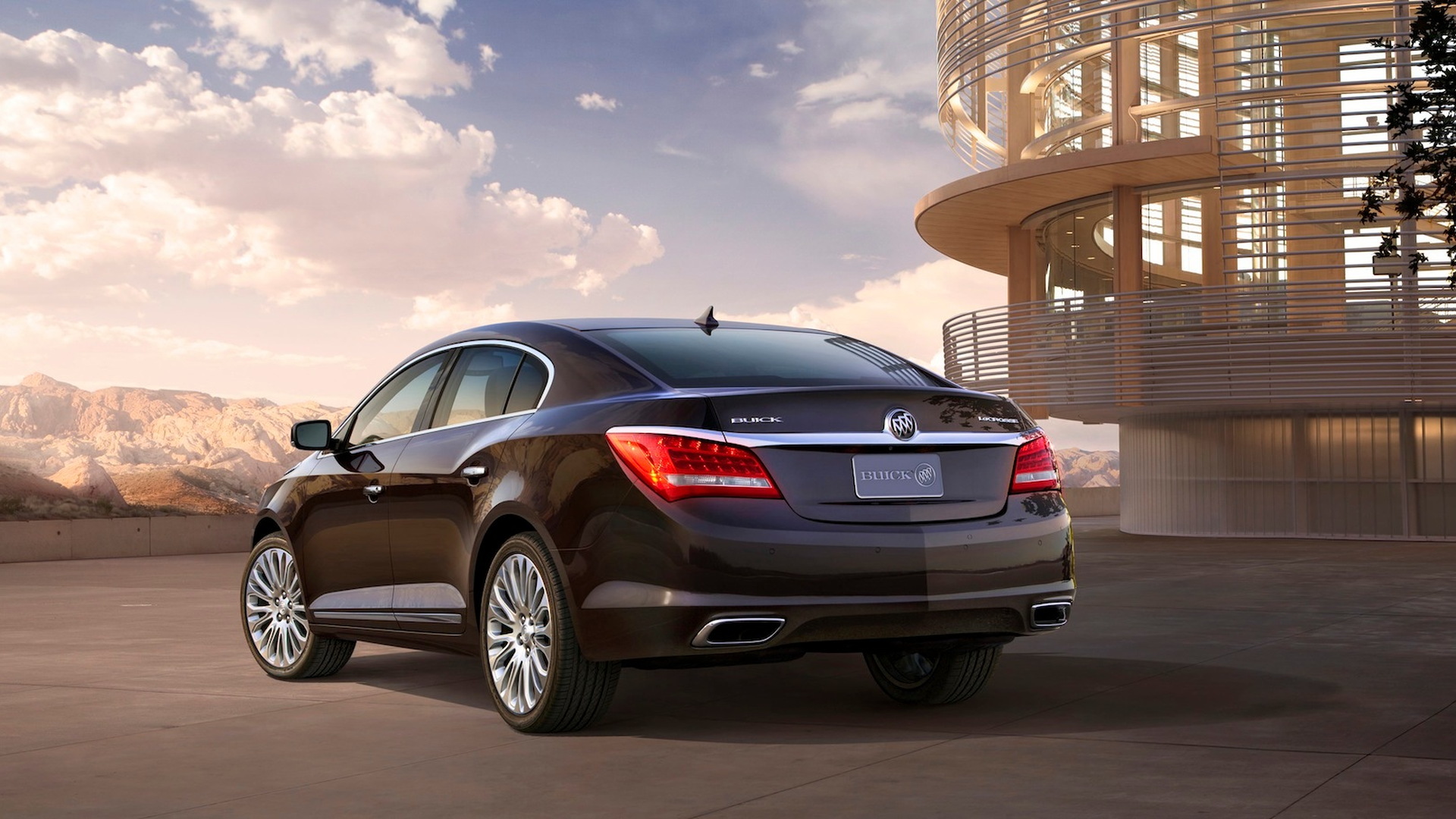 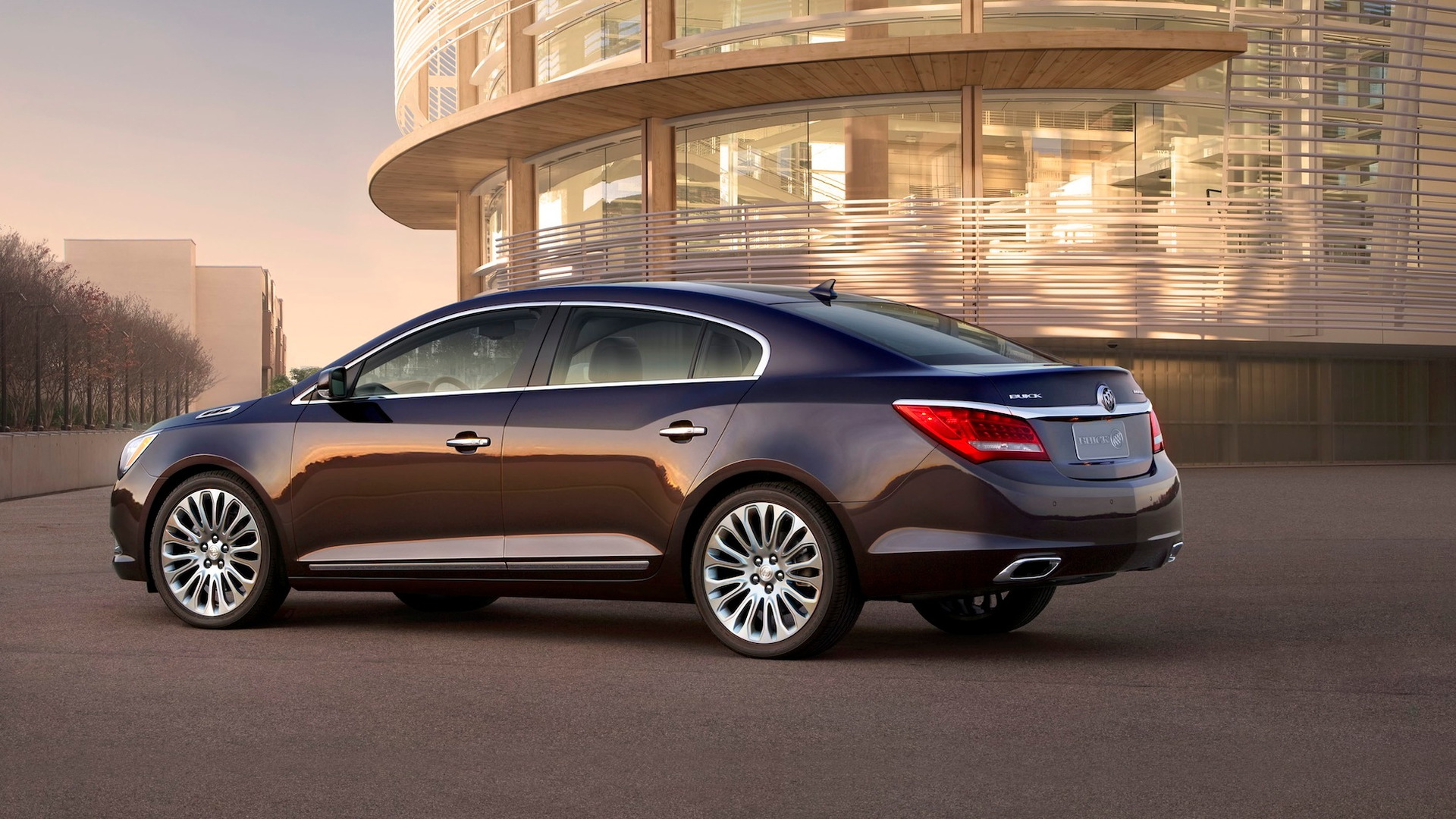 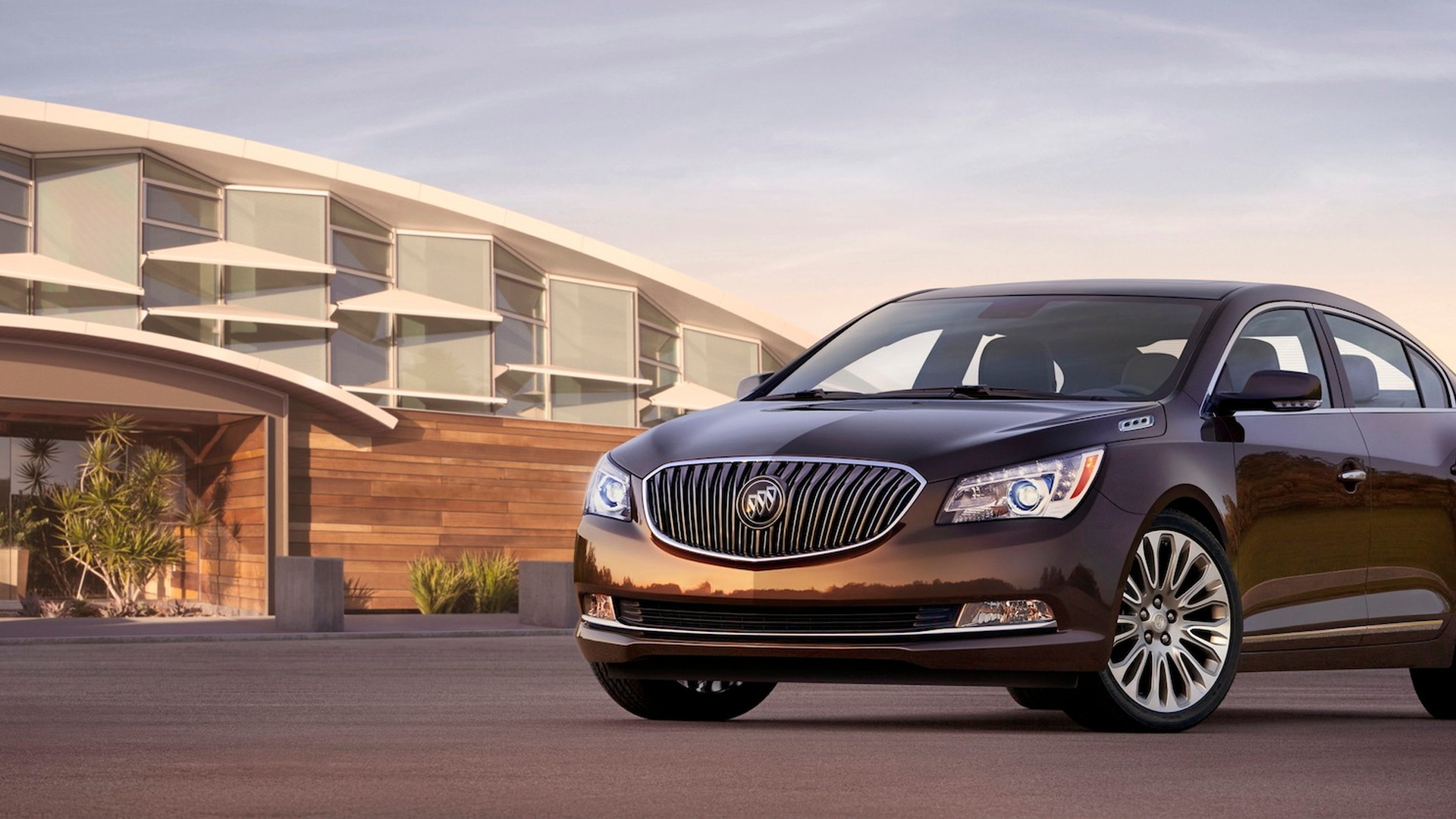 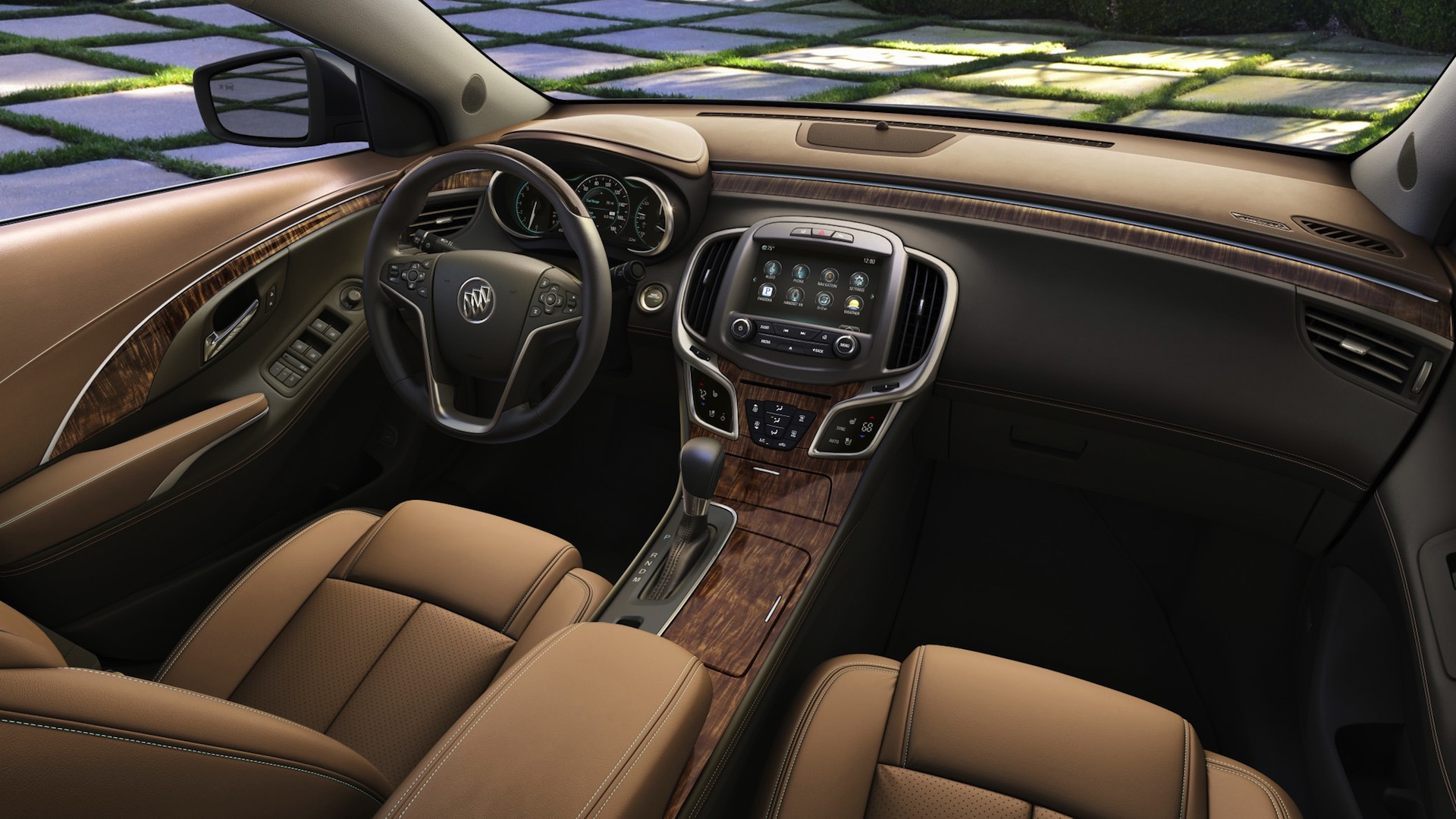 7
photos
The second generation of the full-size Buick LaCrosse sedan dates back to the 2010 model year, and sales have remained relatively consistent for Buick in the United States market. The LaCrosse is also a hot commodity in China, so General Motors is hesitant to fix something that isn’t broken.

Nonetheless, Buick is rolling out a refreshed LaCrosse for the 2014 model year, in an attempt to lure more buyers with updated styling and added available content. If you’re looking for big changes in Buick’s full-size sedan, however, you’re likely going to be disappointed.

Outside, the 2014 LaCrosse gets new front and rear fascias, complete with wing-shaped LED daytime running lights and LED taillamps that wrap to the car’s sides. The familiar waterfall grille is back, with a slightly bolder shape, and it looks like the hood’s  “portholes”  have been moved over a few inches compared to the 2013 LaCrosse.

This package comes with sangria-colored semi-aniline leather seats and trim, ebony accents and Shadow Tamo Ash wood highlights. The headliner and door pillars are wrapped in synthetic suede, while door and console armrests get the upscale leather treatment.

Both choices drive the front wheels via a six-speed automatic transmission, though AWD is also available on LaCrosse models equipped with the 3.6-liter V-6.

There isn’t much here for driving enthusiasts, but the 2014 Buick LaCrosse will serve up quiet and composed luxury aplenty, which is exactly what buyers of full-size Buicks want. Look for the car to hit Buick dealers this summer, but we’ll bring you live images as part of our 2013 New York Auto Show coverage.