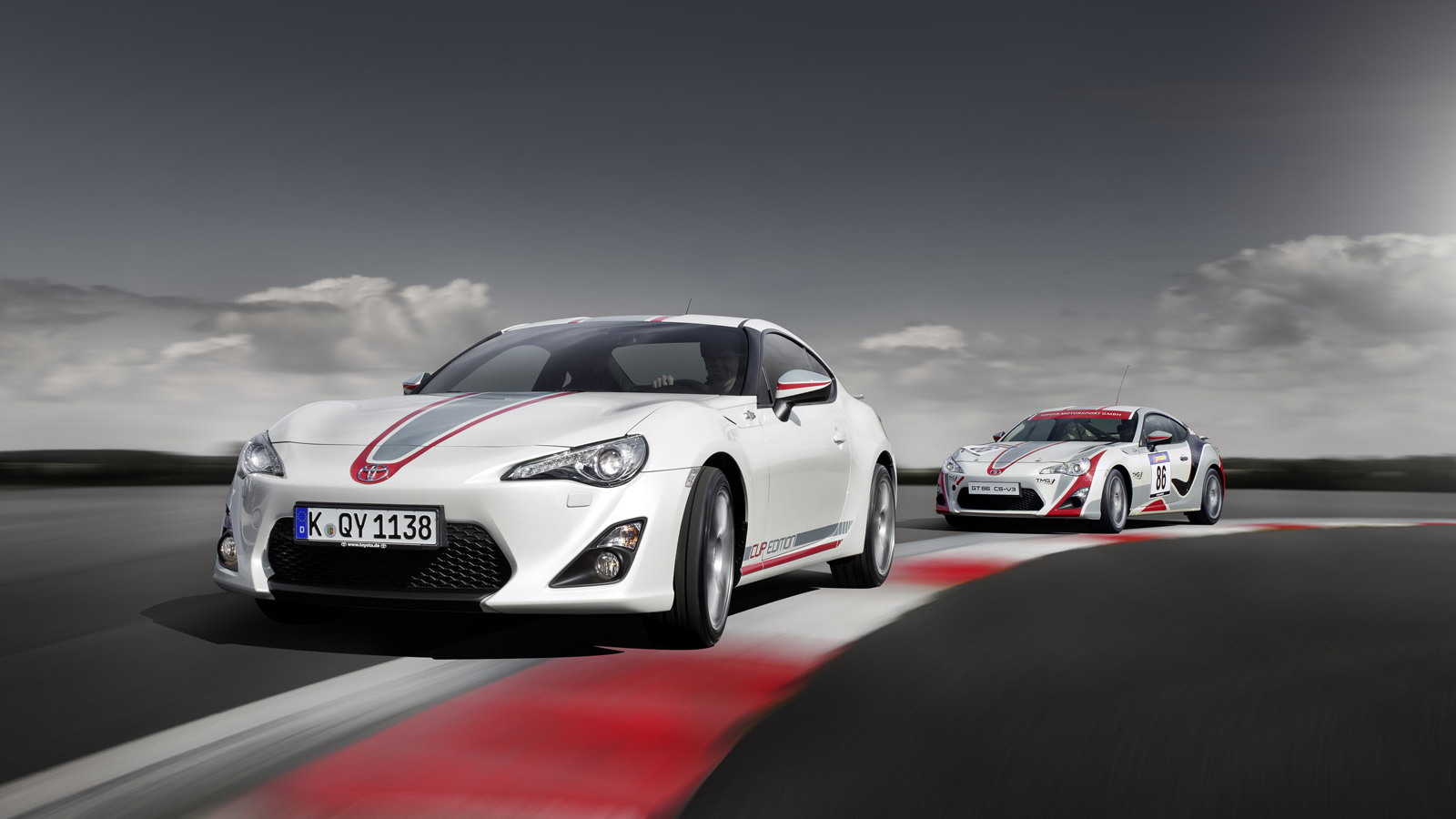 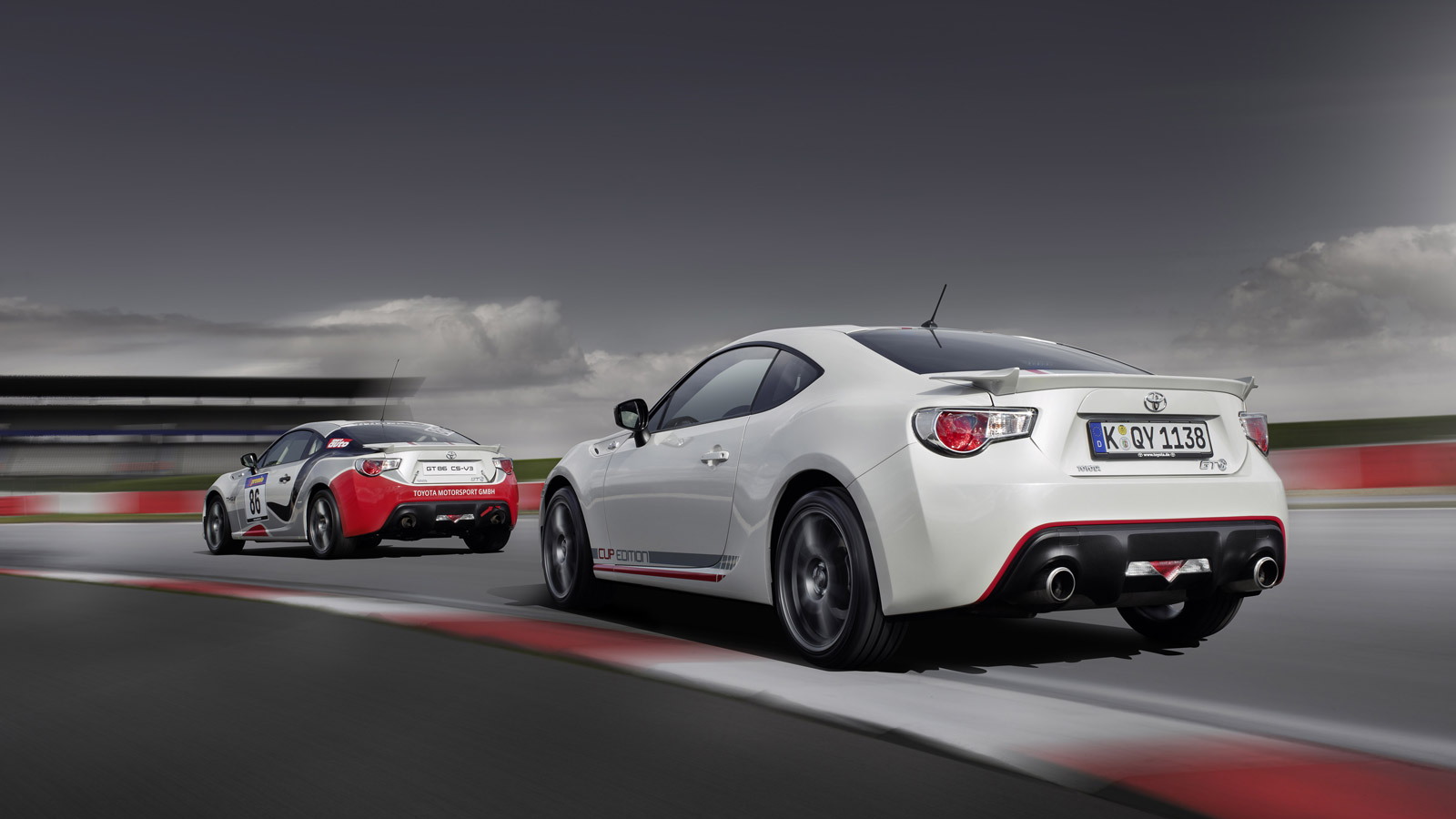 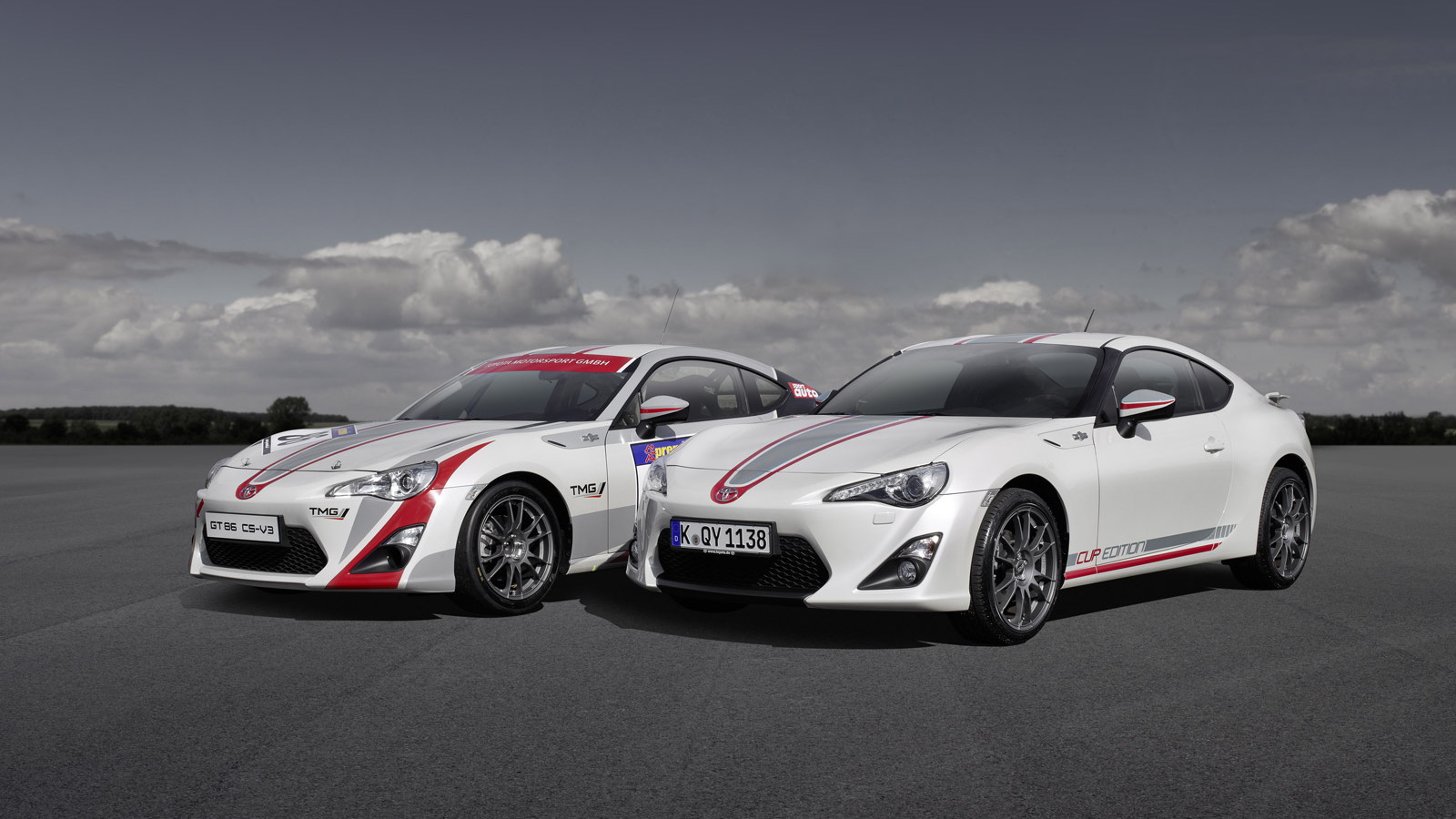 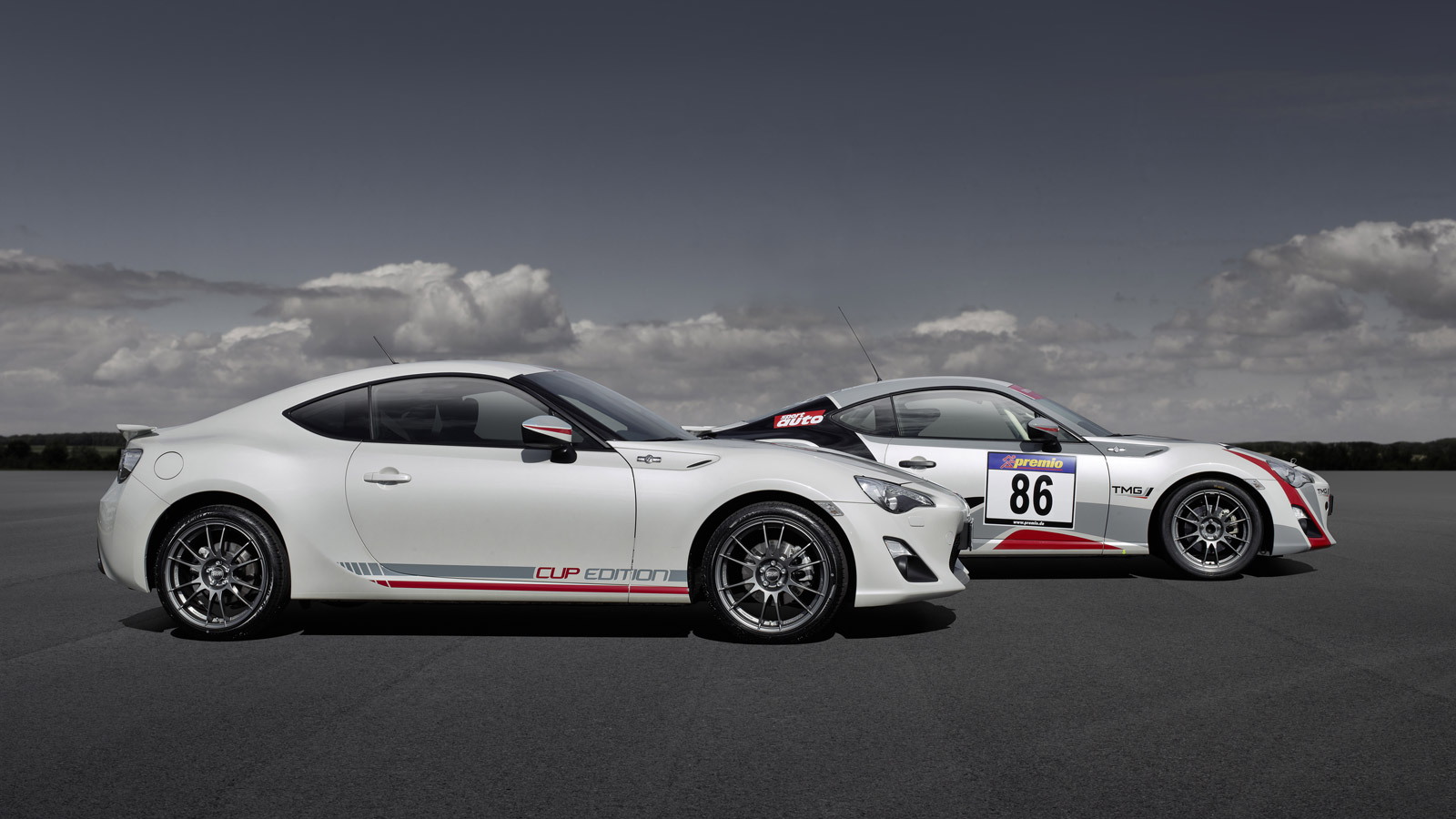 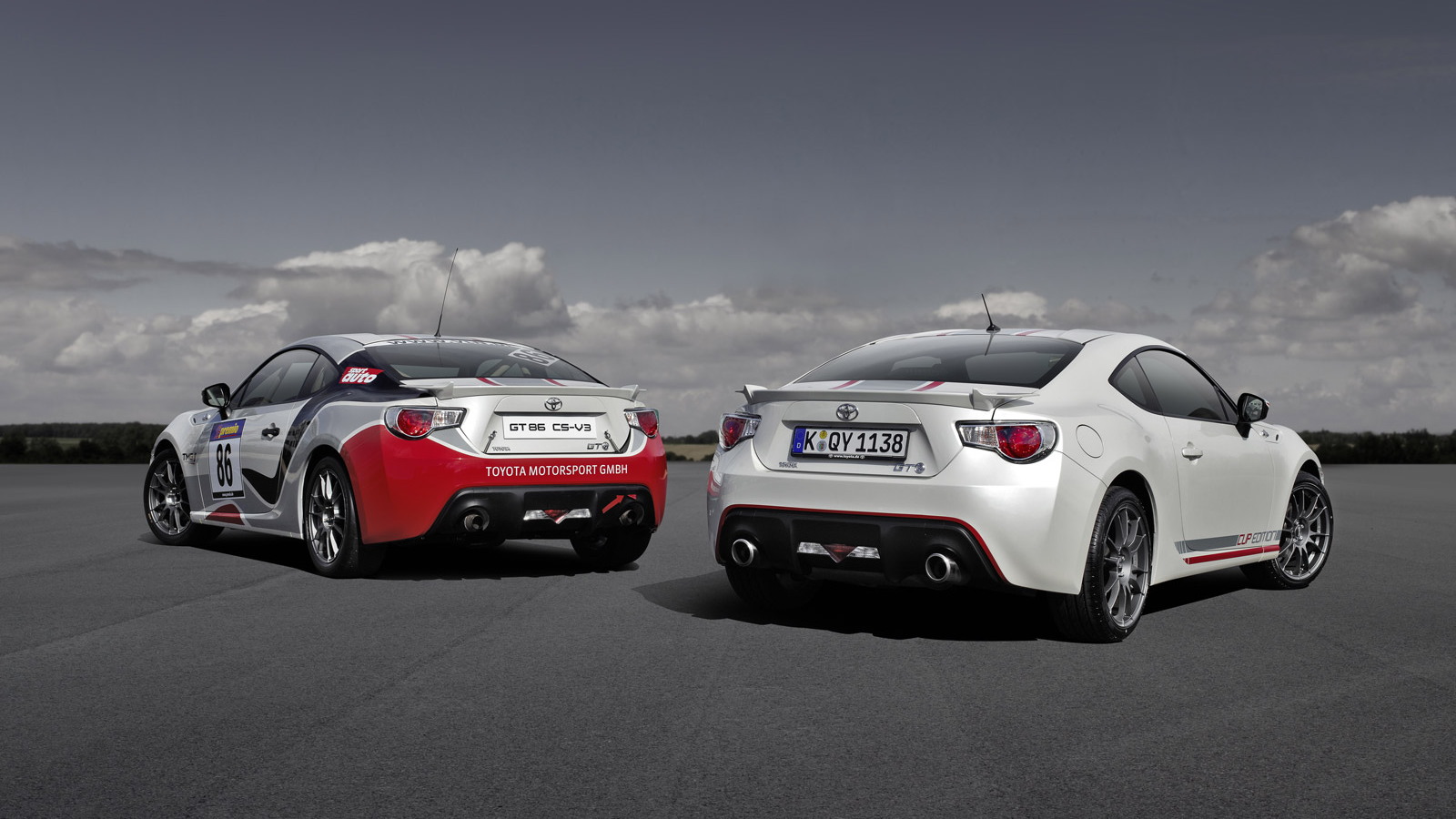 16
photos
To celebrate the start of the Toyota GT 86 Cup, a one-make racing series held in Europe and designed for Toyota's popular rear-wheel-drive sports car, the Japanese automaker has announced a limited run of ‘GT 86 Cup Edition’ special edition models.

Designed to mimic the look of the GT 86 CS-V3 race car built by Germany’s TMG and used primarily in the Toyota GT 86 Cup, the new special edition sports cars will be built in a run of just 86 cars, with all of them destined for the European market.

The special edition comes at a 2,860 euro ($3,695) premium over a stock GT 86, a car sold here as the Scion FR-S, though customers do get some notable upgrades, including two VIP tickets for one of the Toyota GT 86 Cup races held at the Nürburgring (many of the races coincide with the VLN series, also held at the famous German race track).

Inside, there’s a sports steering wheel trimmed in Alcantara, Cup Edition labels on the dash and a unique numbered plaque made of brushed aluminum.

The basic powertrain has been left unchanged, which means peak output from the 2.0-liter four-cylinder boxer engine is just 200 horsepower.

The first race of the Toyota GT 86 Cup takes place this weekend at the Nürburgring.