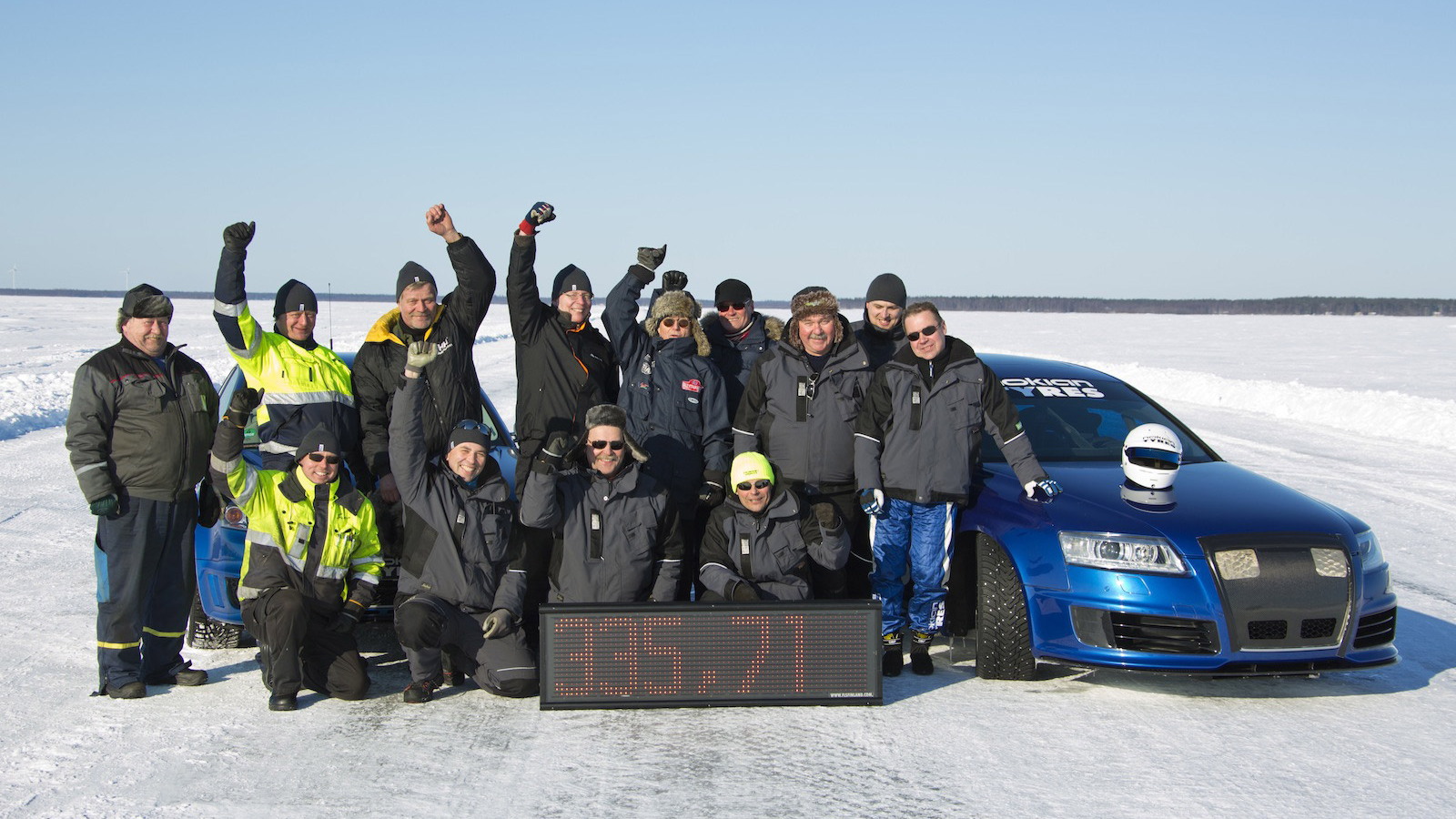 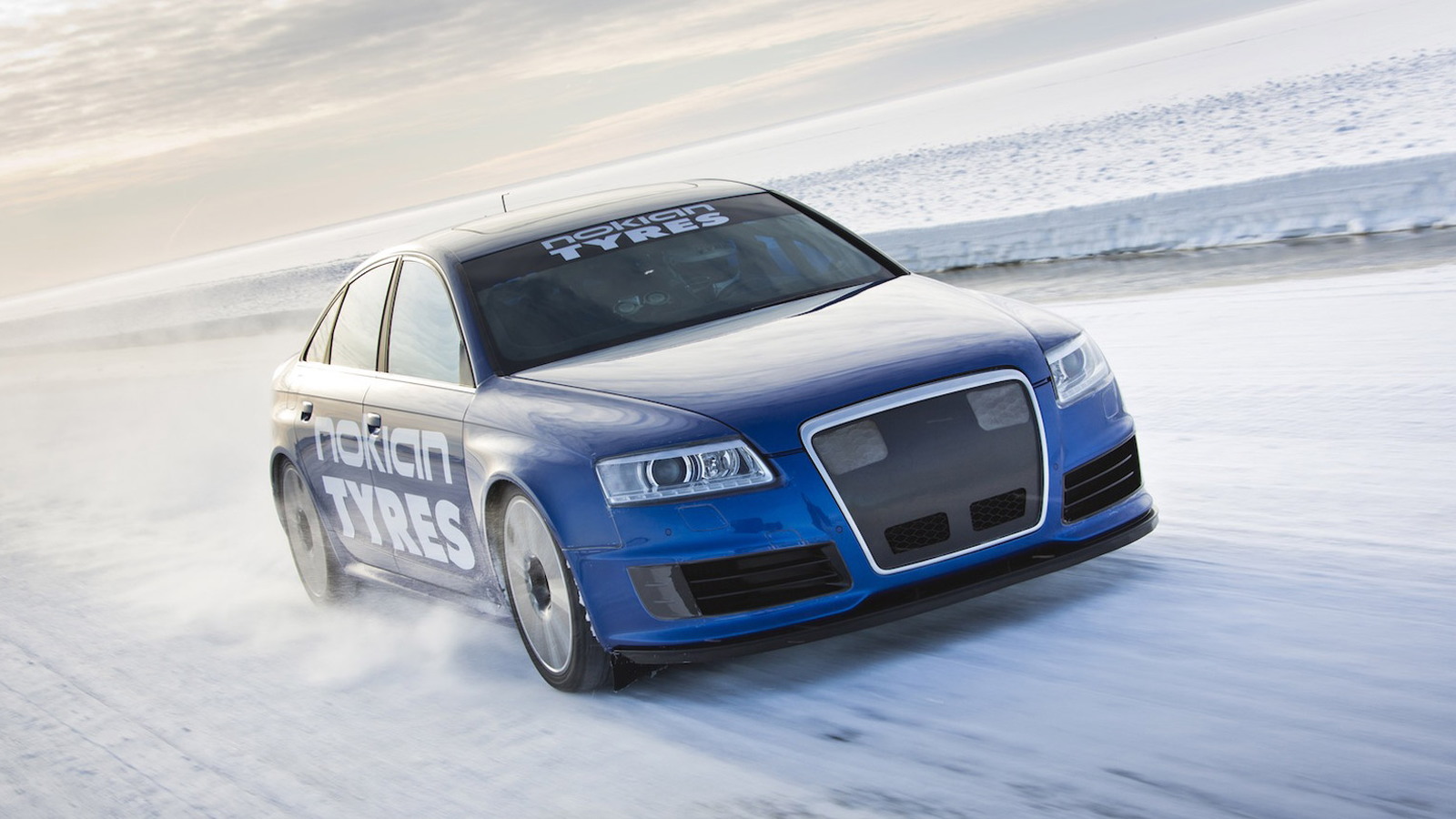 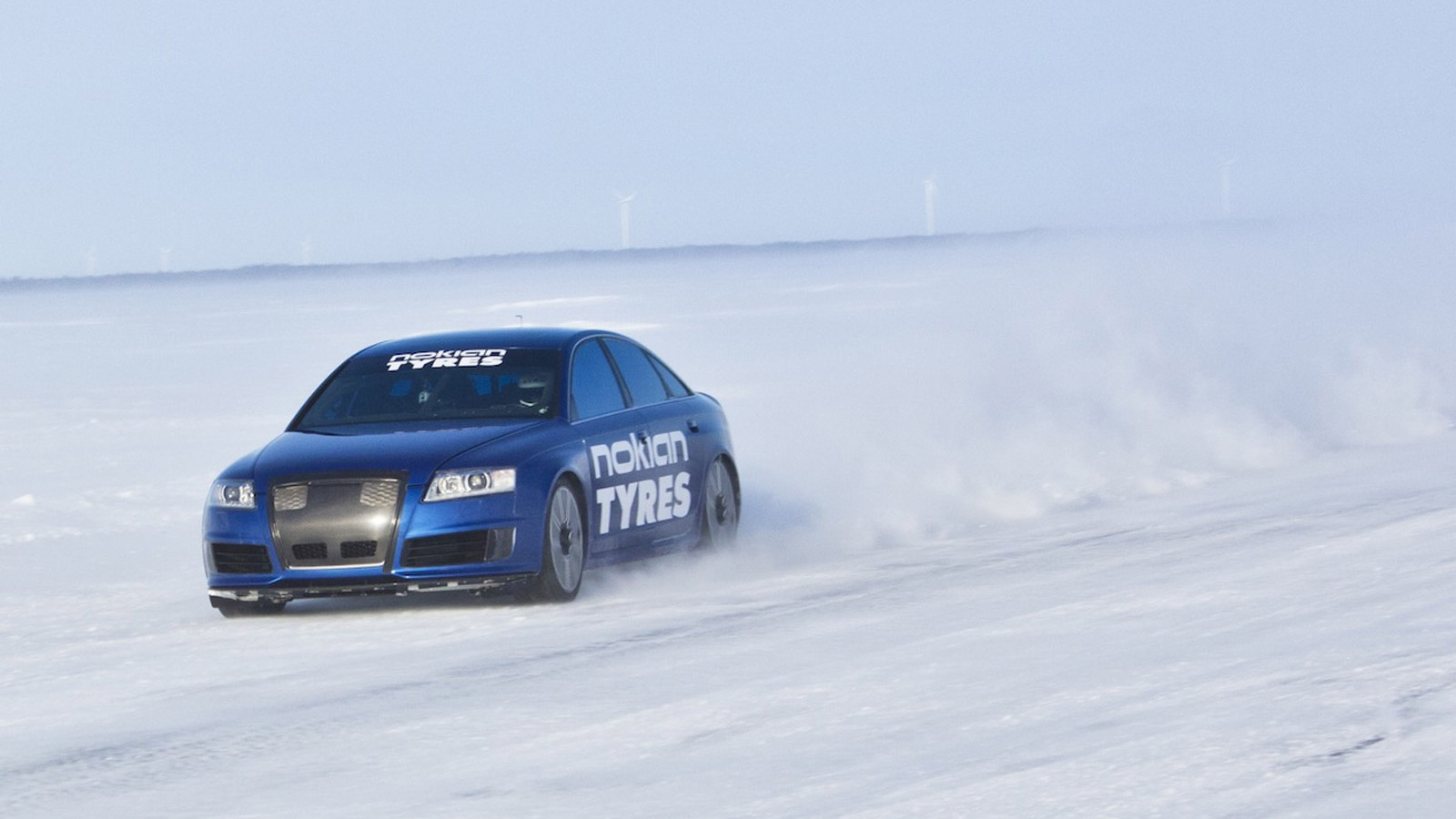 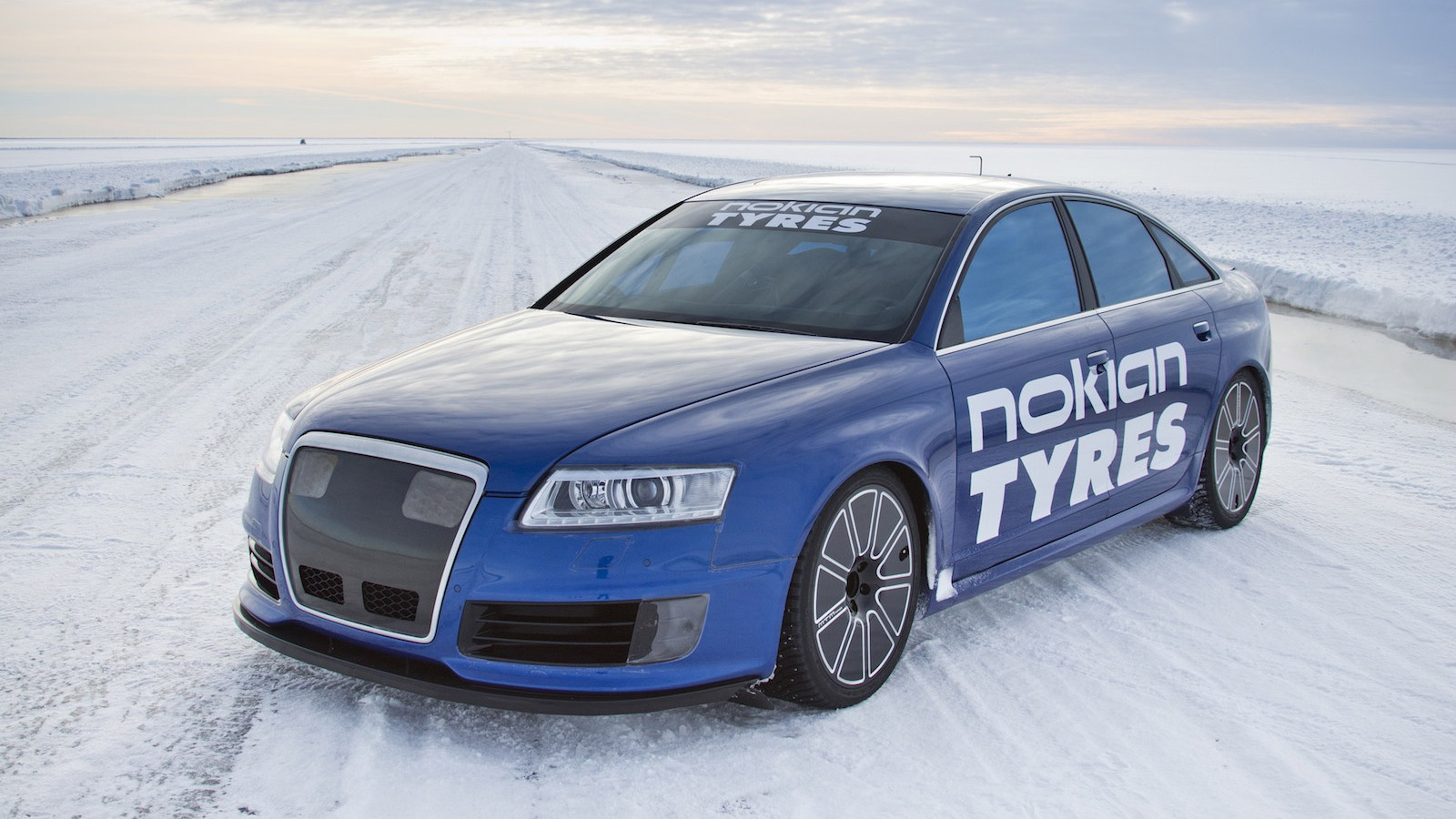 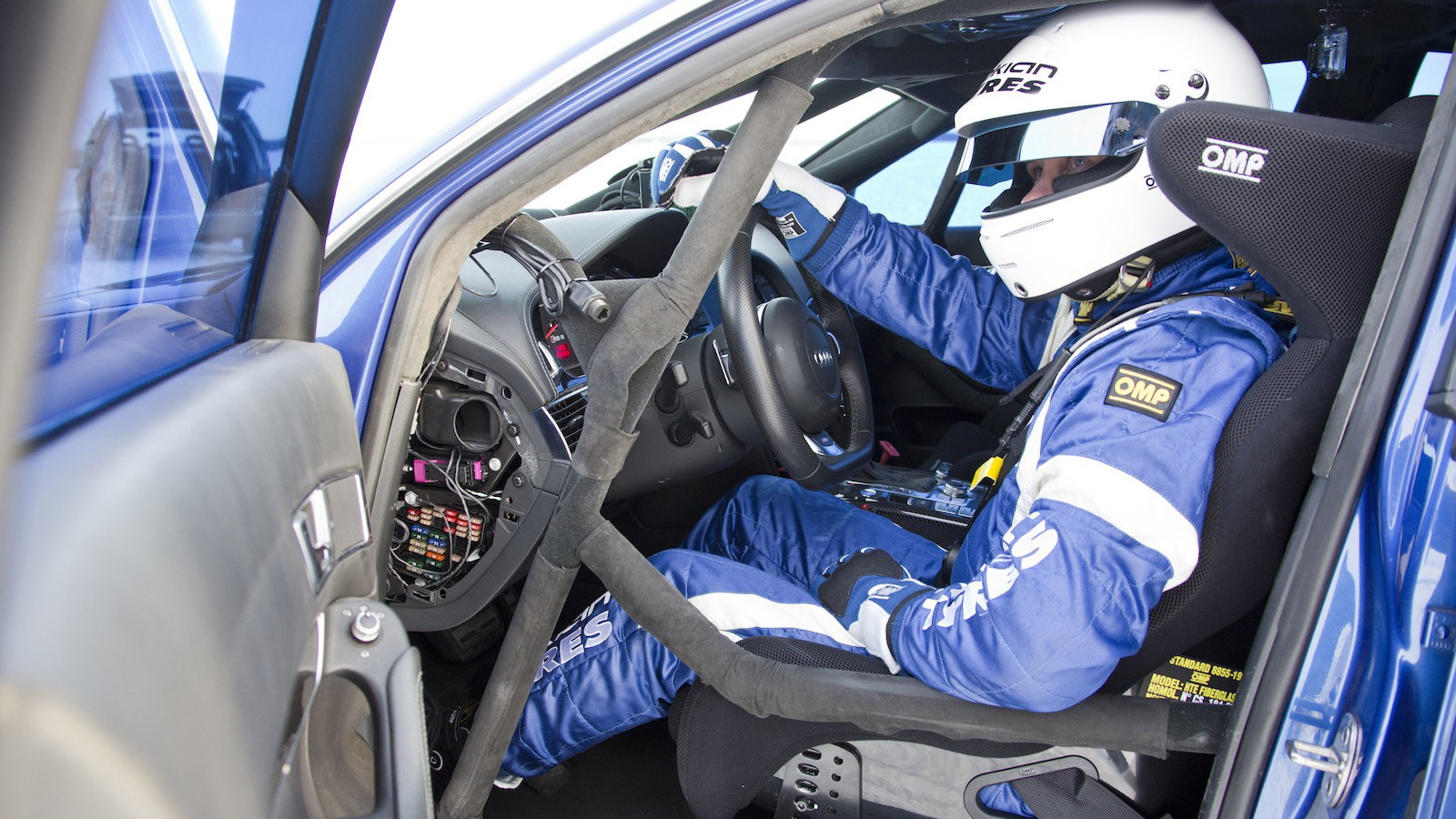 The event took place on Finland’s Gulf of Bothnia, where the previous record was set, using a 7.5-mile course prepared by Nokian. To be official, the ice has to be natural which means it can’t be roughened or treated with chemicals to aid grip.

Two separate passes of the track have to be completed within an hour, with the top speed measured during a 0.62-mile distance. A flying start is permitted and the final record is calculated as the average of the top speeds achieved on each of the passes.

Finally, the tires used need to be commercially available and approved for road use in the country where the attempt is made.

The RS 6 used features a twin-turbocharged 5.0-liter V-10 engine delivering 572 horsepower and 516 pound-feet of torque to all four wheels. It's capable of 0-62 mph in 4.6 seconds and normally has its top speed limited to 155 mph. Clearly, the car's top speed limiter was removed for the stunt, and a roll cage fitted for safety.

Nokian Tyres, based in the Finnish town of Nokia, claims to have developed the world's first winter tire for subzero conditions in 1934, and two years later introduced its Hakkapeliitta line of tires, designed specifically for northern winters. The firm regularly tests tires at high speeds at its facilities in Ivalo, Finland, about 186 miles north of the Arctic Circle.