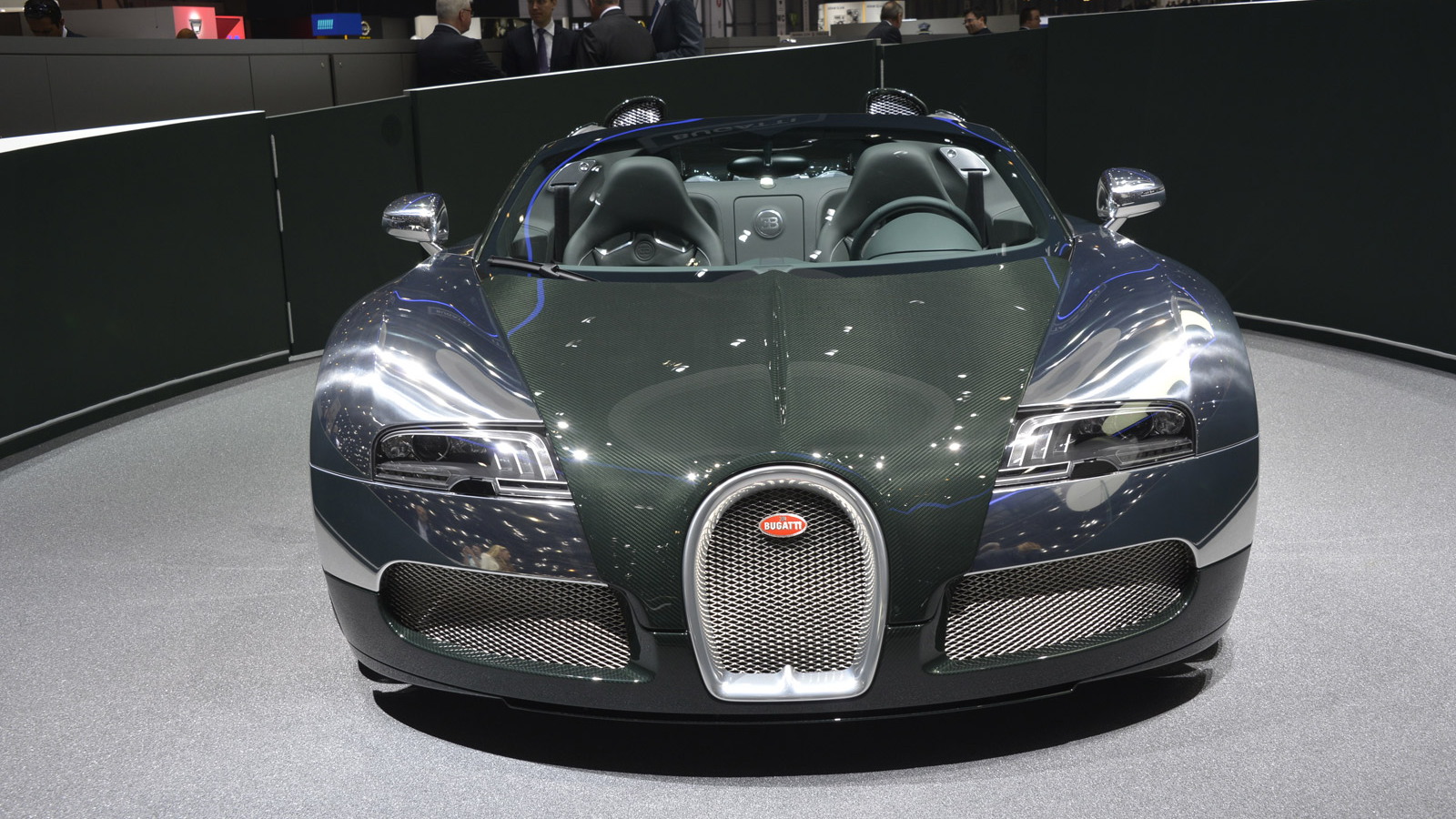 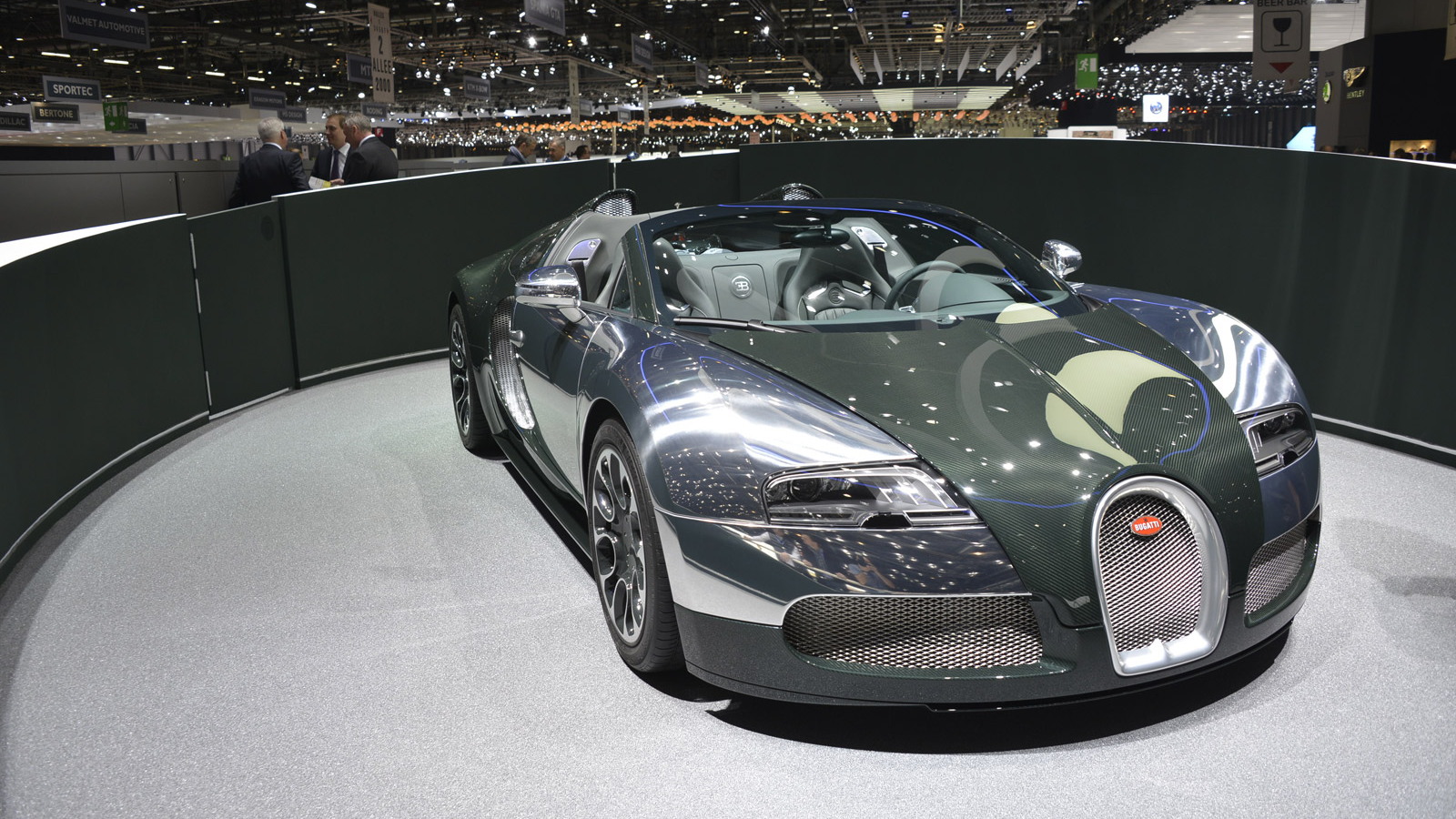 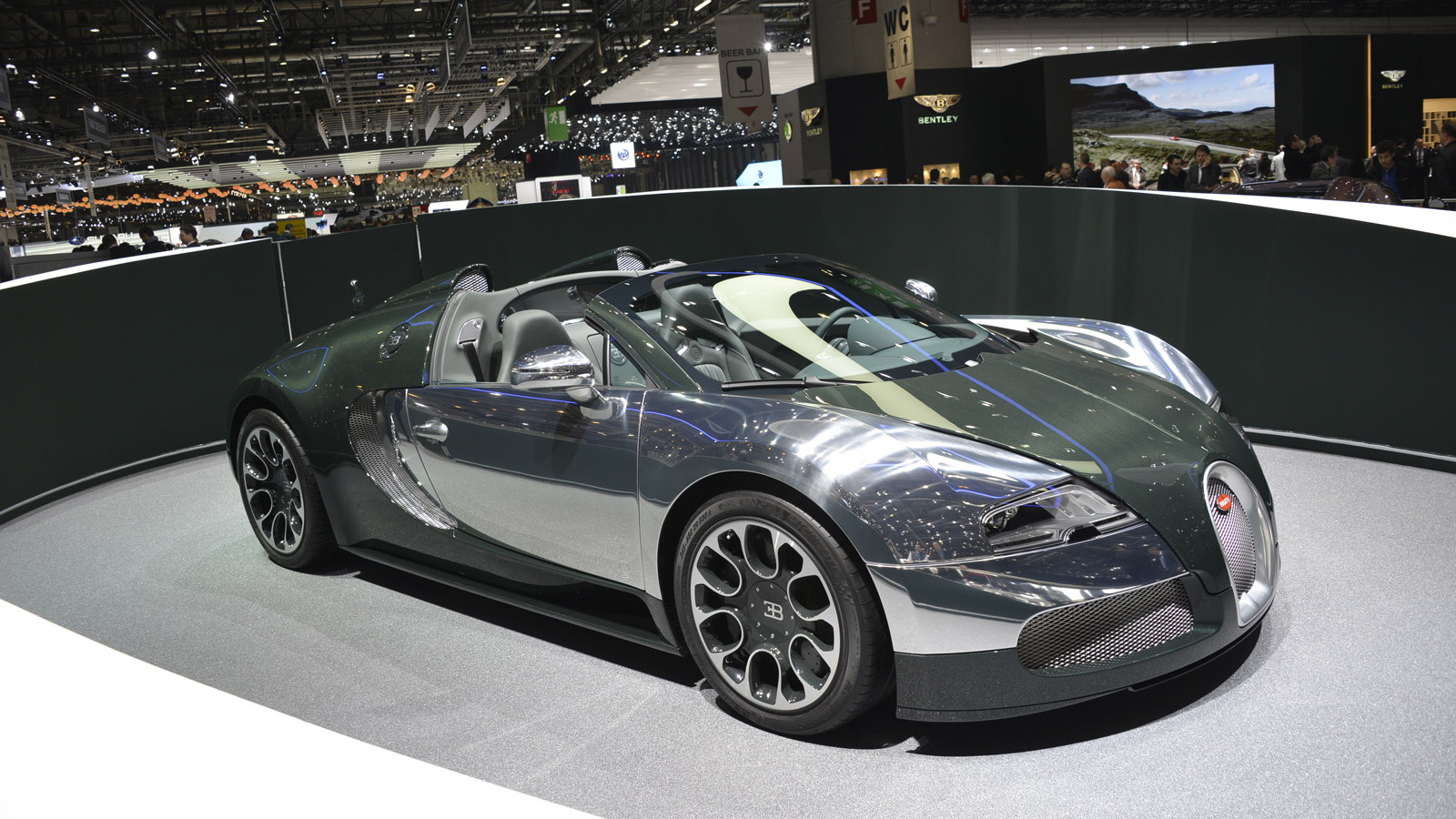 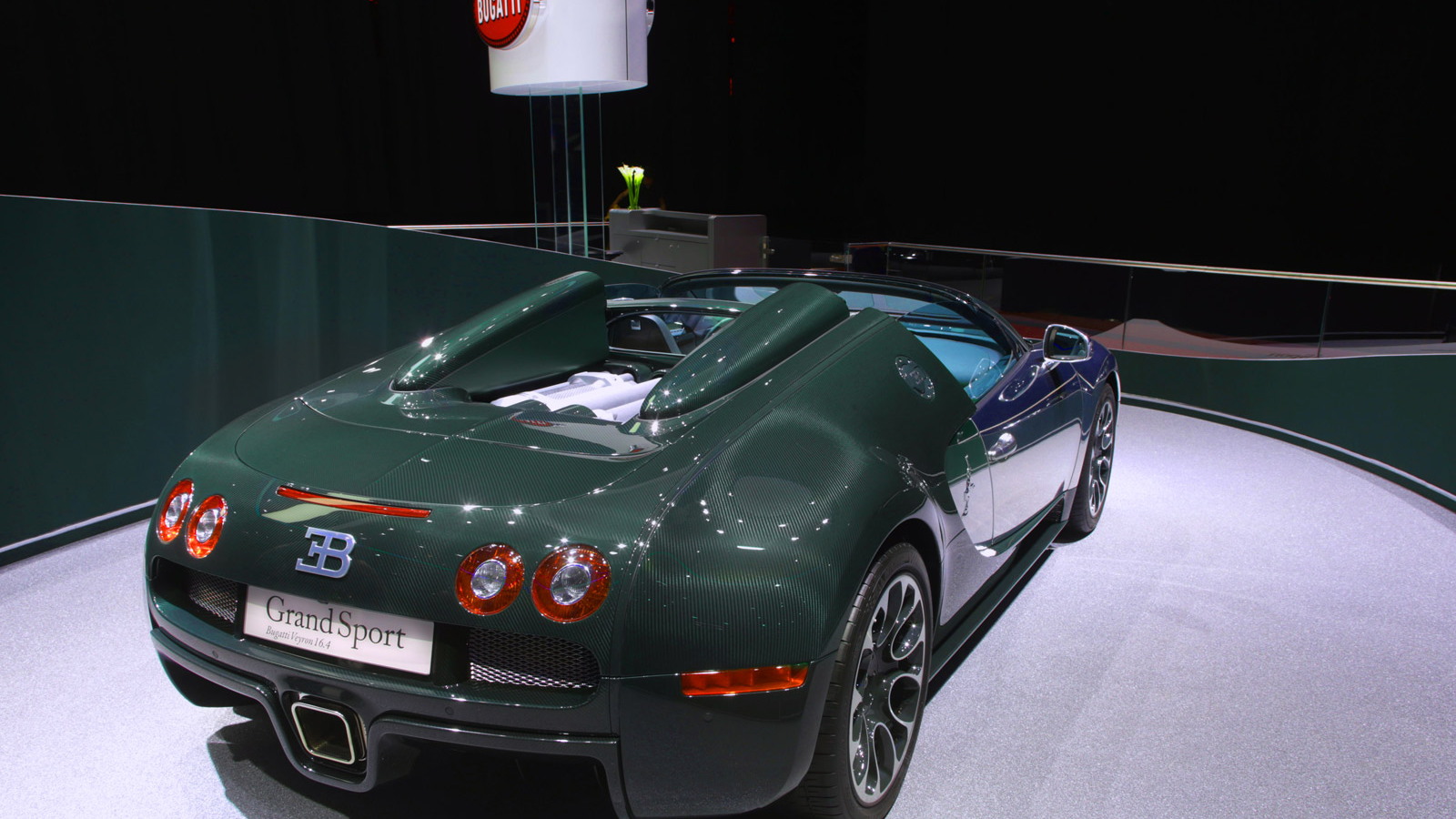 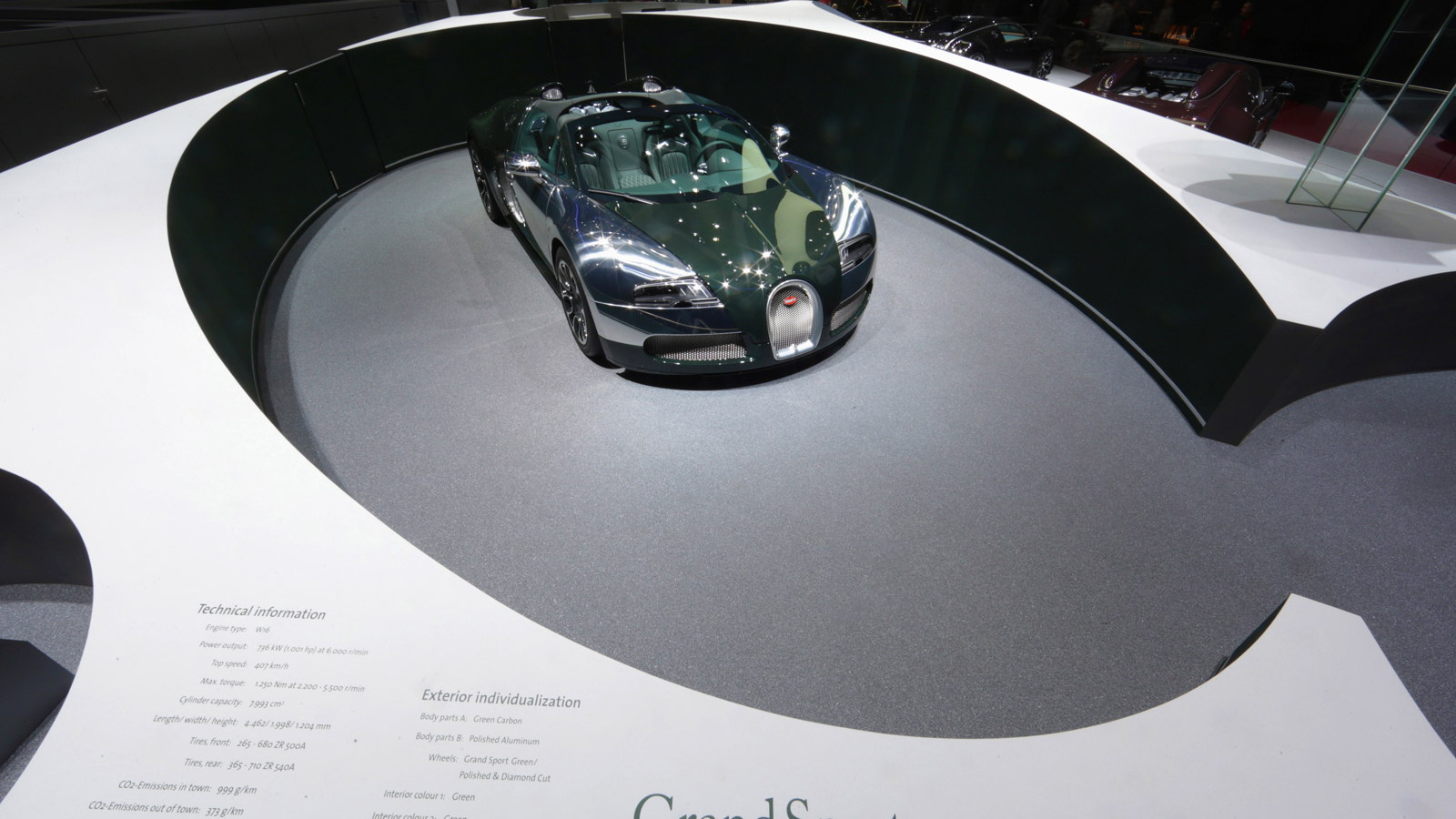 23
photos
All Bugattis are equal, but some are more equal than others.

That’s certainly true for the special edition versions the automaker has been rolling out at auto shows around the globe.

Like most Bugatti special editions, the focus here is on heritage and paint jobs. You won’t see any power upgrades, but we doubt anyone finds the standard cars lacking in this department.

Of the three new special editions, the Bugatti Veyron Grand Sport Royale Homage is probably the most interesting. As its name suggests, the car honors the legendary Bugatti Royale sedan, the Type 41, of the 1920s and ‘30s.

The car’s complete rear, engine cowlings, roof trim strips, door sills and front section all feature a unique finish where the carbon fiber weave shows up through the paint finish. And depending on the angle of the light, the color of the paint can appear either more subtle or powerful.

This particular model’s doors, front wings and exterior mirror housings are in polished aluminum, and so are the air intakes. Embossed on the flanks are motifs of the Royale’s famous ‘dancing elephant’ hood ornament.

Inside, the green and silver theme of the exterior carry over. Green leather is tastefully set against silver contrast seams on the seats, the steering wheel rim and the gear lever. Other details include an interior mirror in a green finish, pedals and sill panel trims in anodized aluminum and green floor mats.

As mentioned, the other two cars are based on the more potent Bugatti Veyron Grand Sport Vitesse. These two merely exhibit new color schemes.

The darker version features a body fully composed of carbon fiber that has been left bare. To provide a contrast to this puristic concept, the brake calipers and the exterior mirror housings are in blue while the roof trim and the grille are in polished aluminum.

The interior is a striking contrast to the monochrome carbon fiber exterior with a tasteful combination of Beluga Black and brown Gaucho leather. All other surfaces, including the visible carbon decorative elements, are black.

The second Grand Sport Vitesse features bronze-colored carbon fiber. But to contrast this, the car gets side panels, exterior mirrors and the nose are shown in a brown tone. Bugatti calls this color composition ‘Ying & Yang.’

For the interior, Bugatti paired an extroverted color combination of orange and dark brown. These are broken up by polished aluminum on items like the steering wheel, door handles and gear lever.

Bugatti hasn’t said if the cars have been sold but does state that their prices range from 1.92 million euros ($2.51 million) to 2.02 million euros ($2.64 million).For our complete coverage of the 2013 Geneva Motor Show, click here.