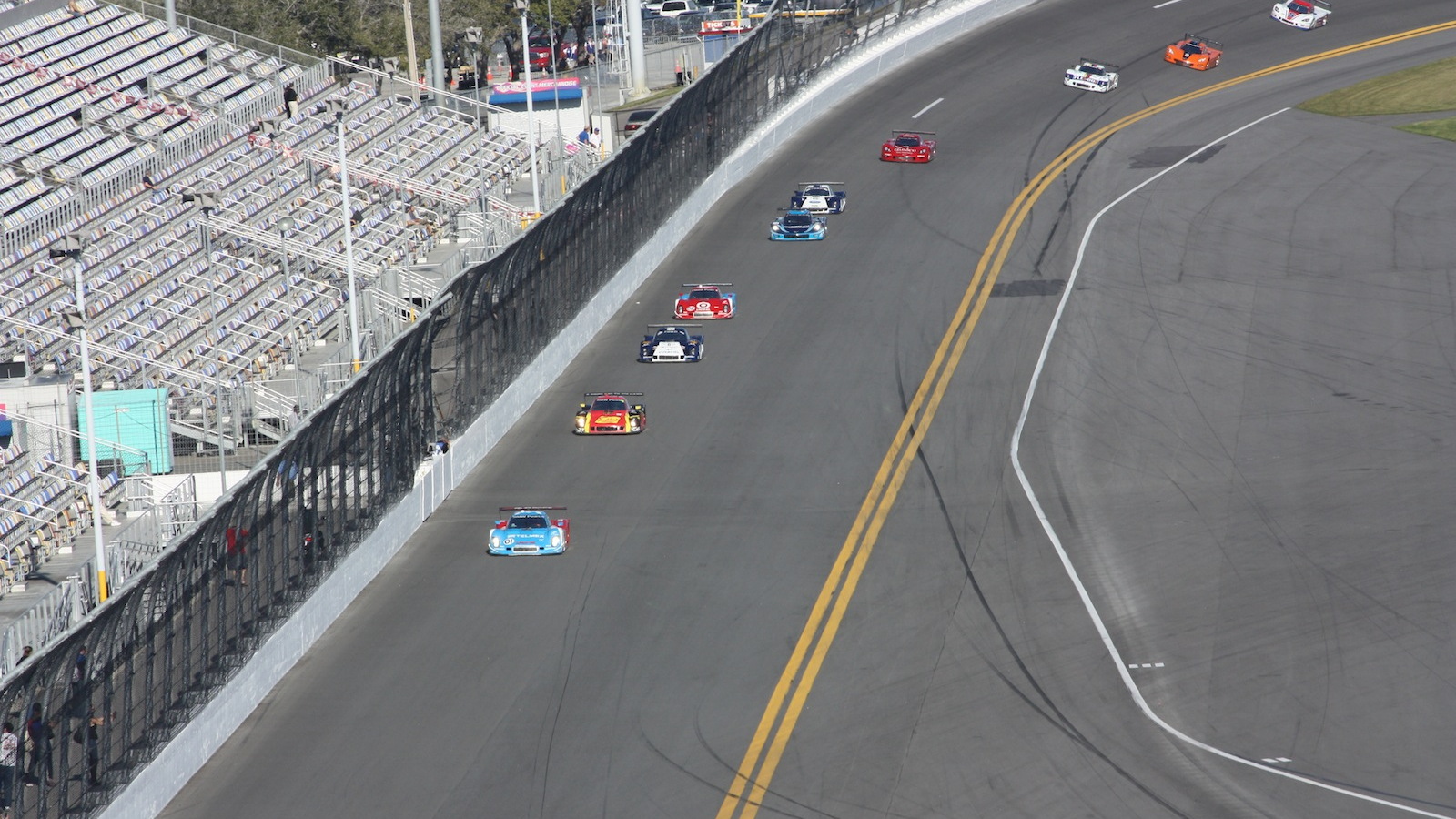 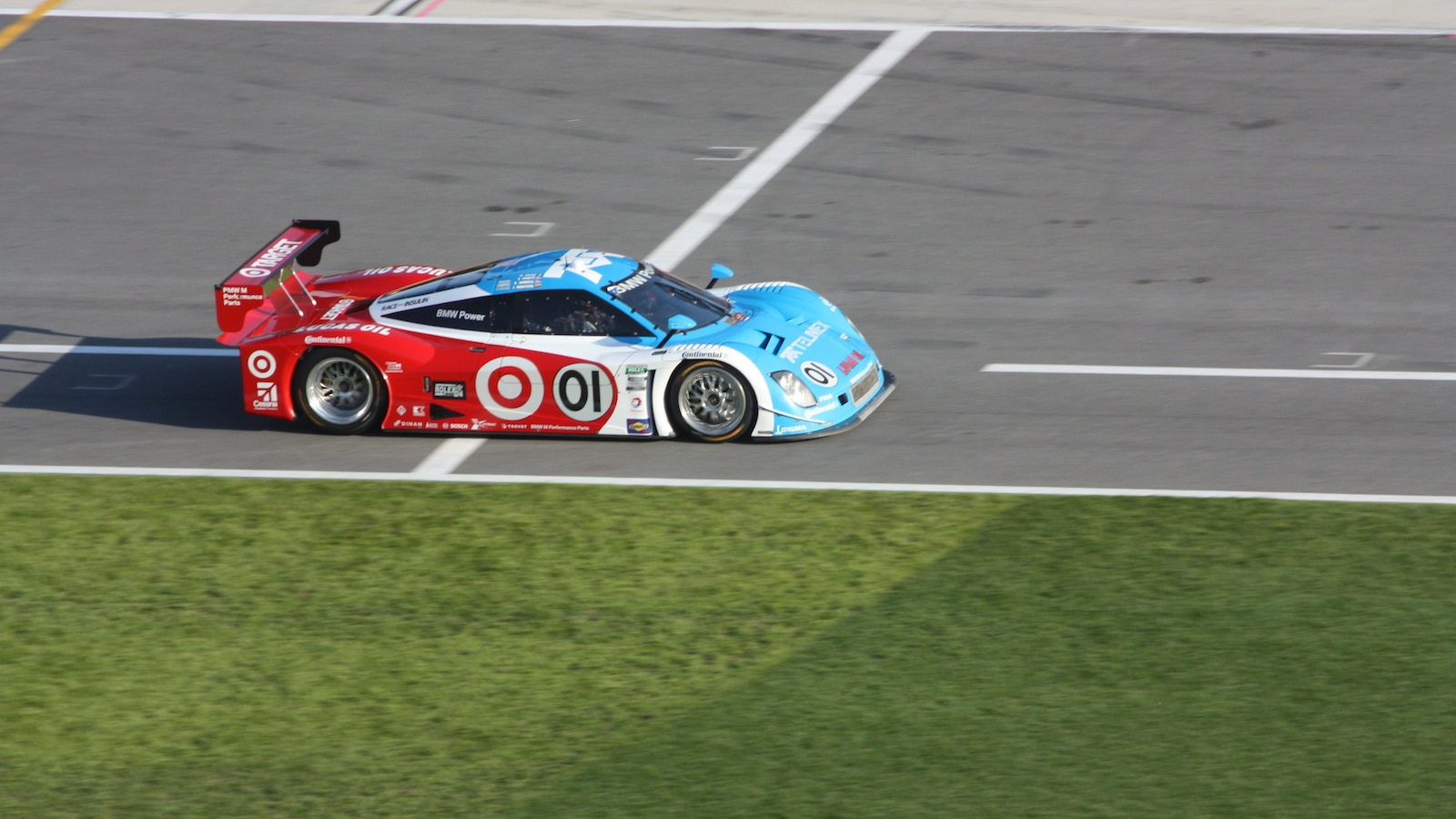 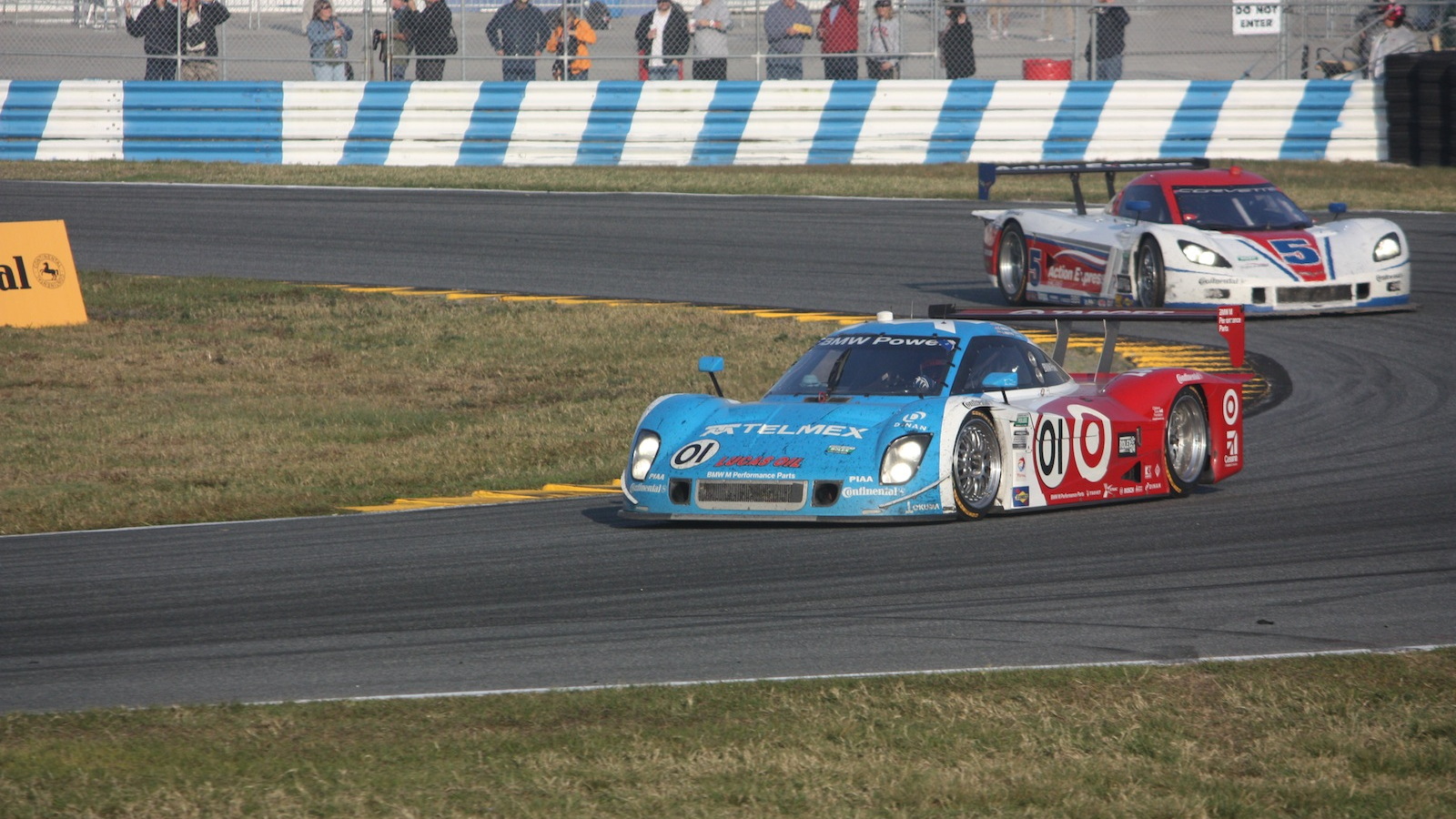 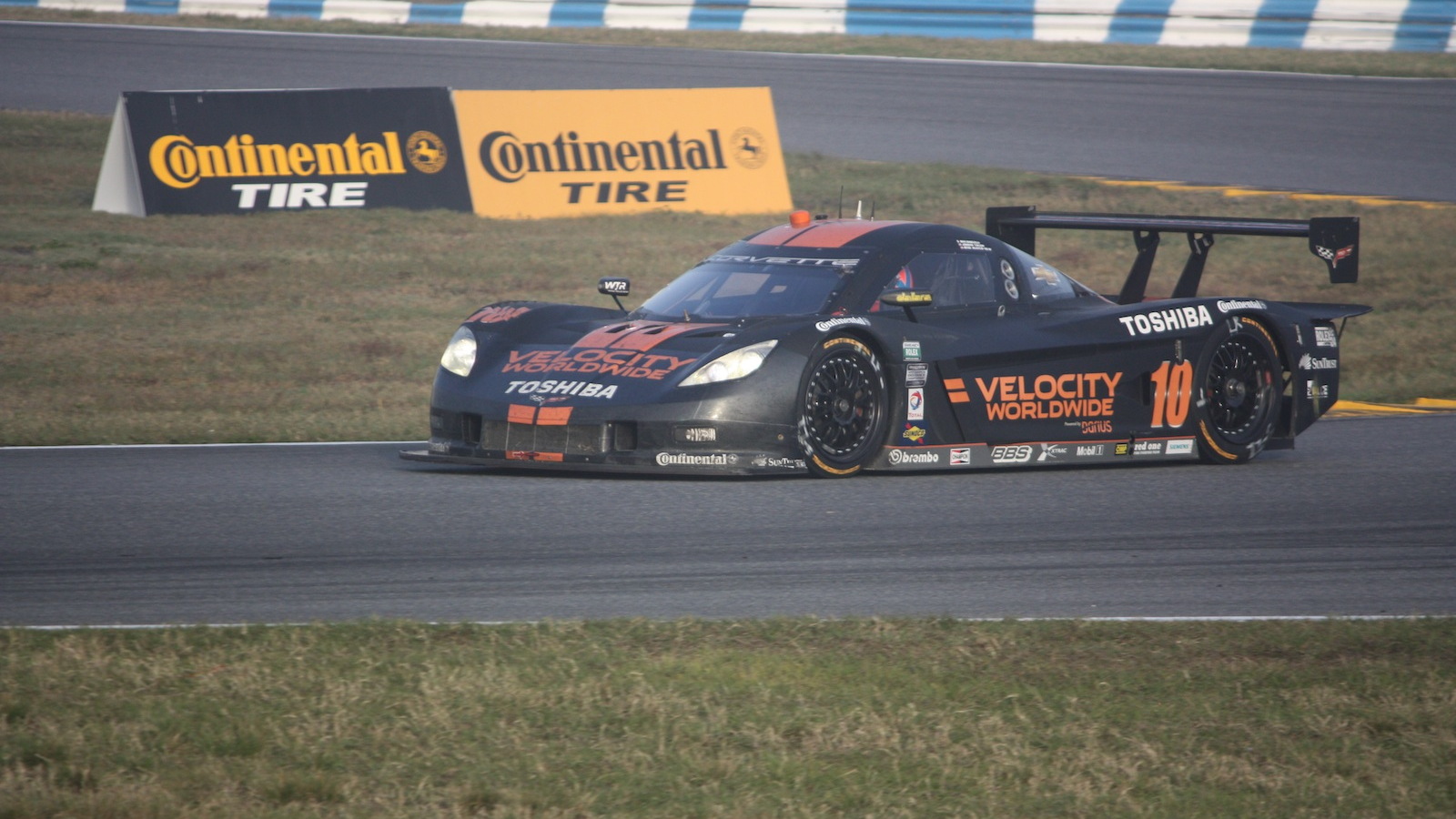 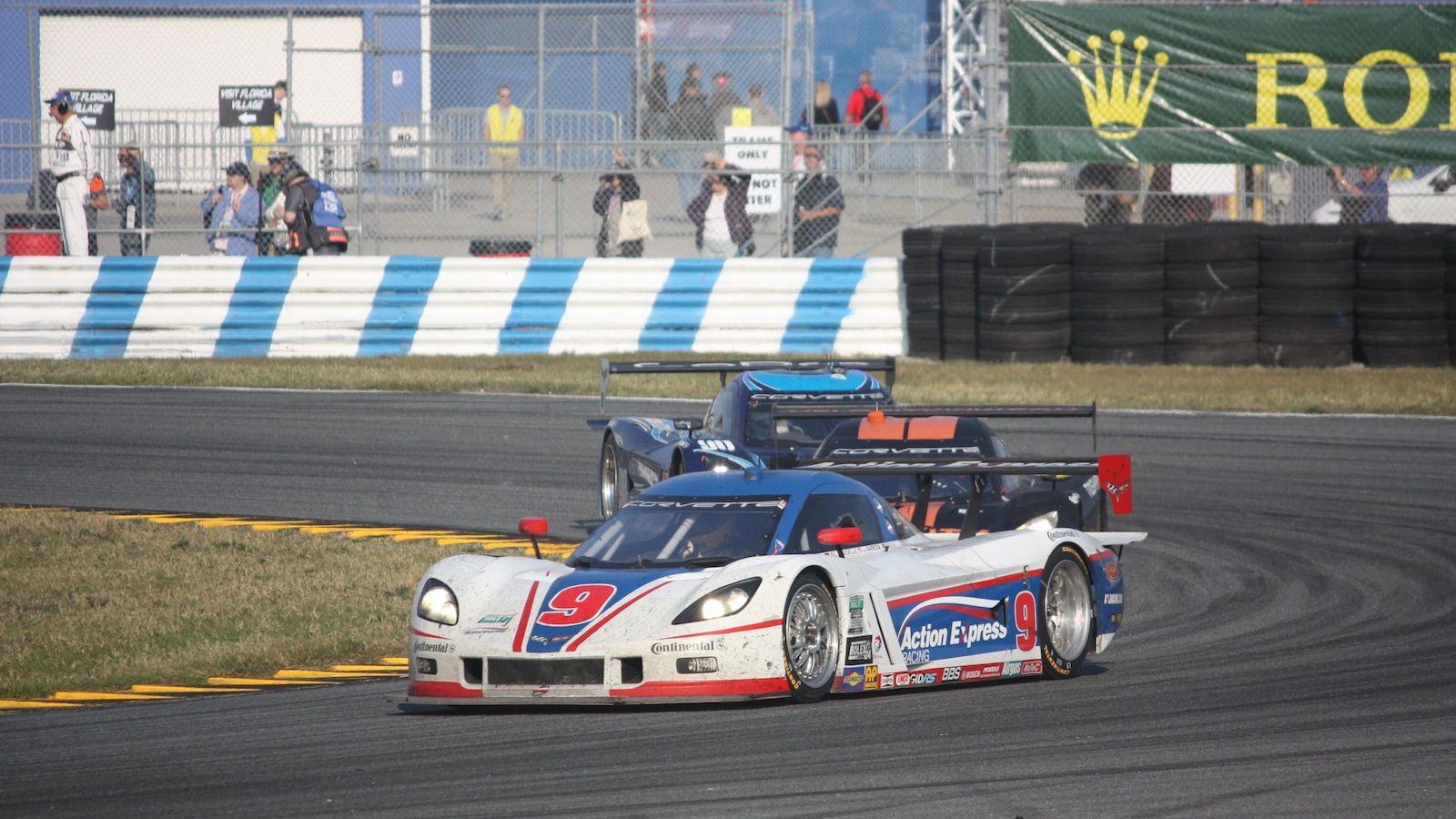 10
photos
If you’re of German descent, today is a great day to break out the lederhosen in celebration of German automaker dominance at this weekend’s Rolex 24 at Daytona. BMW took a win in the Grand-Am DP class, followed by Audi’s win in the GT class and Porsche’s sweep of the new GX class.

In DP, the race played out like most fans expected it to. Given the strength of the BMW Rileys fielded by Chip Ganassi Racing, the question wasn’t really “can the team win,” but rather, “which Ganassi car and driver will bring home the win?”

On Sunday afternoon, it was the number 01 Telmex Chip Ganassi Racing Daytona Prototype that crossed the finish line first, followed by the number 10 Corvette DP of Velocity Racing and the number 60 Ford Riley of Michael Shank Racing. Despite criticism that the BMWs had an unfair horsepower advantage in DP, the racing told a slightly different story.

There were a total of 74 lead changes in this year’s race, which set a new Rolex 24 at Daytona record. While no one will argue that the Ganassi cars dominated much of the race, near the end it came down to a three-way dogfight between Juan Pablo Montoya (in the 01 BMW Riley), A.J. Almendinger (in the 60 Ford Riley) and Joao Barbosa (in the 9 Corvette DP).

Following the last restart from a yellow flag, Almendinger clawed his way past past Montoya to take the lead. Racing side-by-side with Barbosa, Almending was forced off the track and into the infield grass, requiring a pit stop to clean debris from the intakes. Barbosa was given a one-minute penalty in the pits for aggressive driving, paving the way for Montoya’s victory.

In the GT class, the Audi R8s were both surprisingly fast and surprisingly durable. Despite being outnumbered in the field by both the Porsche 911 GT3 Cup cars and the Ferrari 458 Italias, Audi’s vastly-improved race cars very nearly swept the podium.

When the 13 car of Audi Customer Sport Racing / Rum Bum Racing ran out of fuel in the final laps, the final podium spot in GT went to the number 69 Aim Autosport Team FXDO With Ferrari 458 Italia. The number 23 Porsche 911 GT3 Cup from Alex Job Racing finished fourth, representing the best finish for the class’ most predominant car.

In the newly-established GX class, the Mazda6 TDI sedans were a non-factor, with all three cars retiring early in their first outing. The class became a Porsche Cayman spec series, with the win going to the number 16 car of Napleton Racing, driven by David Donahue in the final stint.

What’s the take-away from the event? It’s hard to say, since Grand-Am marches to its own drummer. We’d expect the Corvette DPs to get more power ahead of the next event, and we suppose that Audi will be penalized for its GT success with some kind of intake restriction.

Teams running Porsche 911 GT3 Cup cars in the Rolex 24 could choose between the make’s new 4.0-liter flat-six engine (with an intake restrictor) or the older 3.8-liter flat-six in unrestricted form. We suspect that Grand-Am may open up the breathing on the 4.0-liter Porsche engine for the next race at the Circuit of the Americas to make the 911s more competitive.

That’s all speculation, but one thing is certain: Grand-Am needs to get more variety into the GT class, as the Camaros, Corvettes and Vipers that populated the field in years past seem to have been regulated into irrelevance.  With another 11 races on the calendar, Grand-Am’s biggest challenge becomes ensuring a level playing field for all.