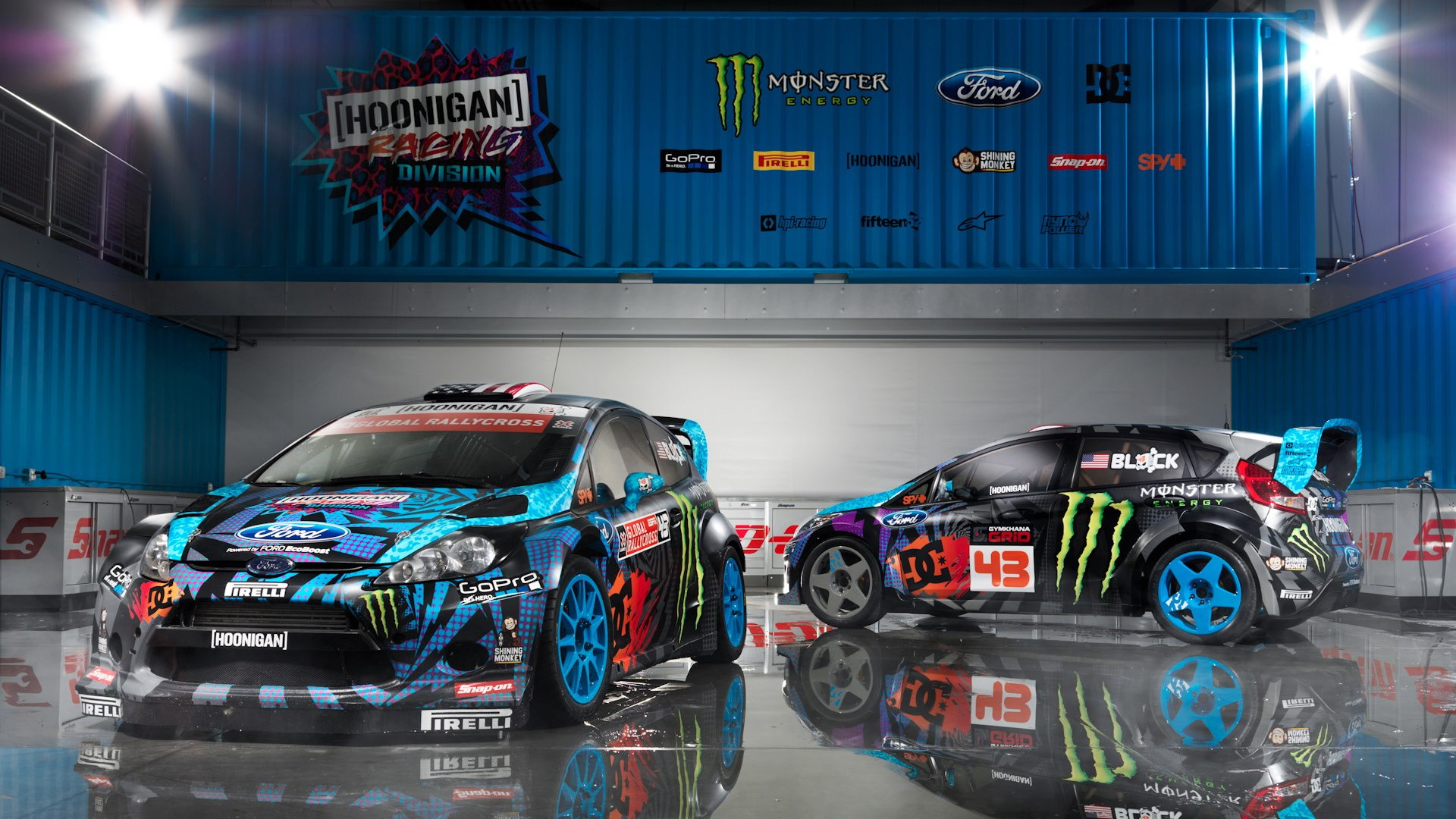 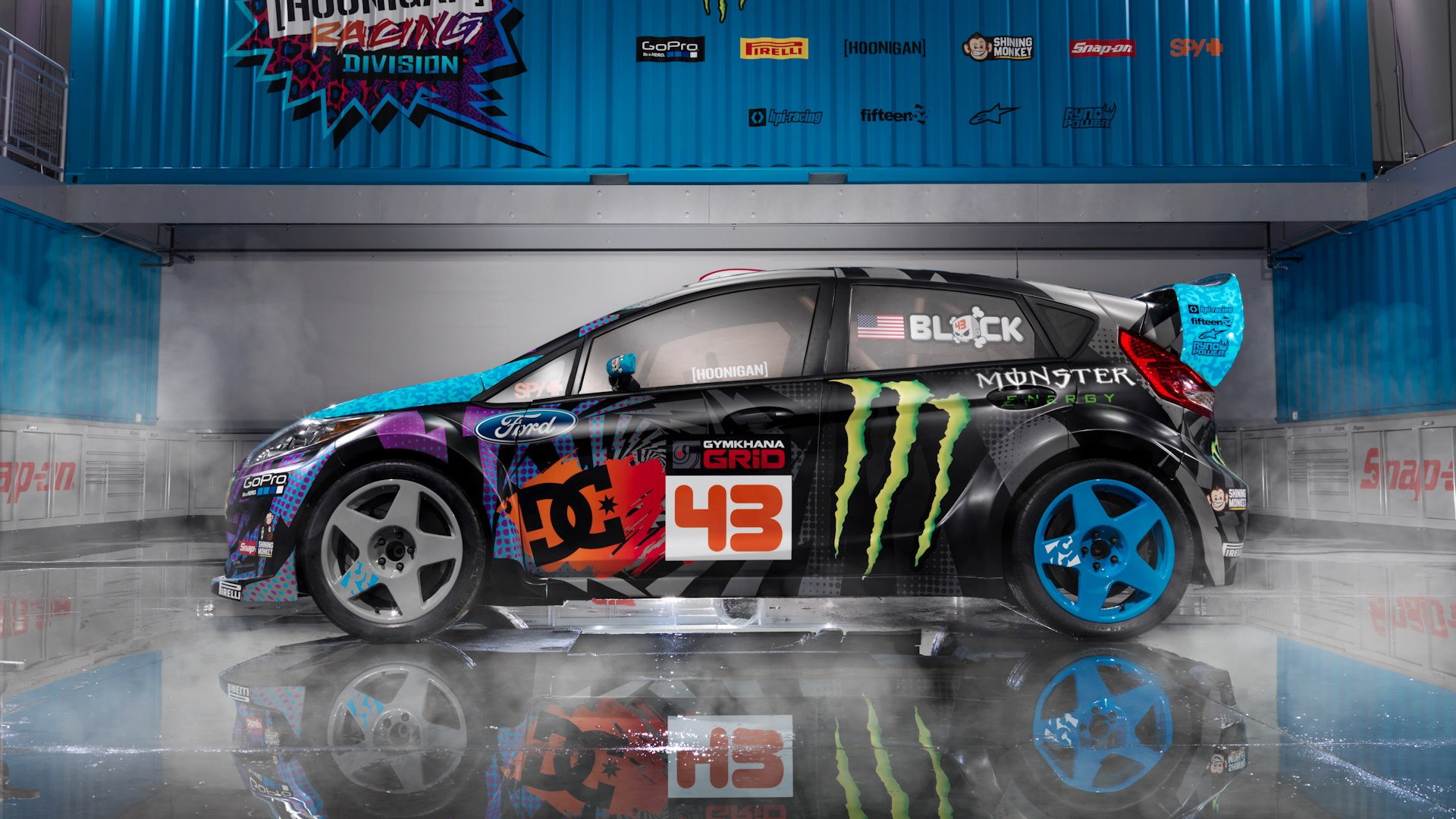 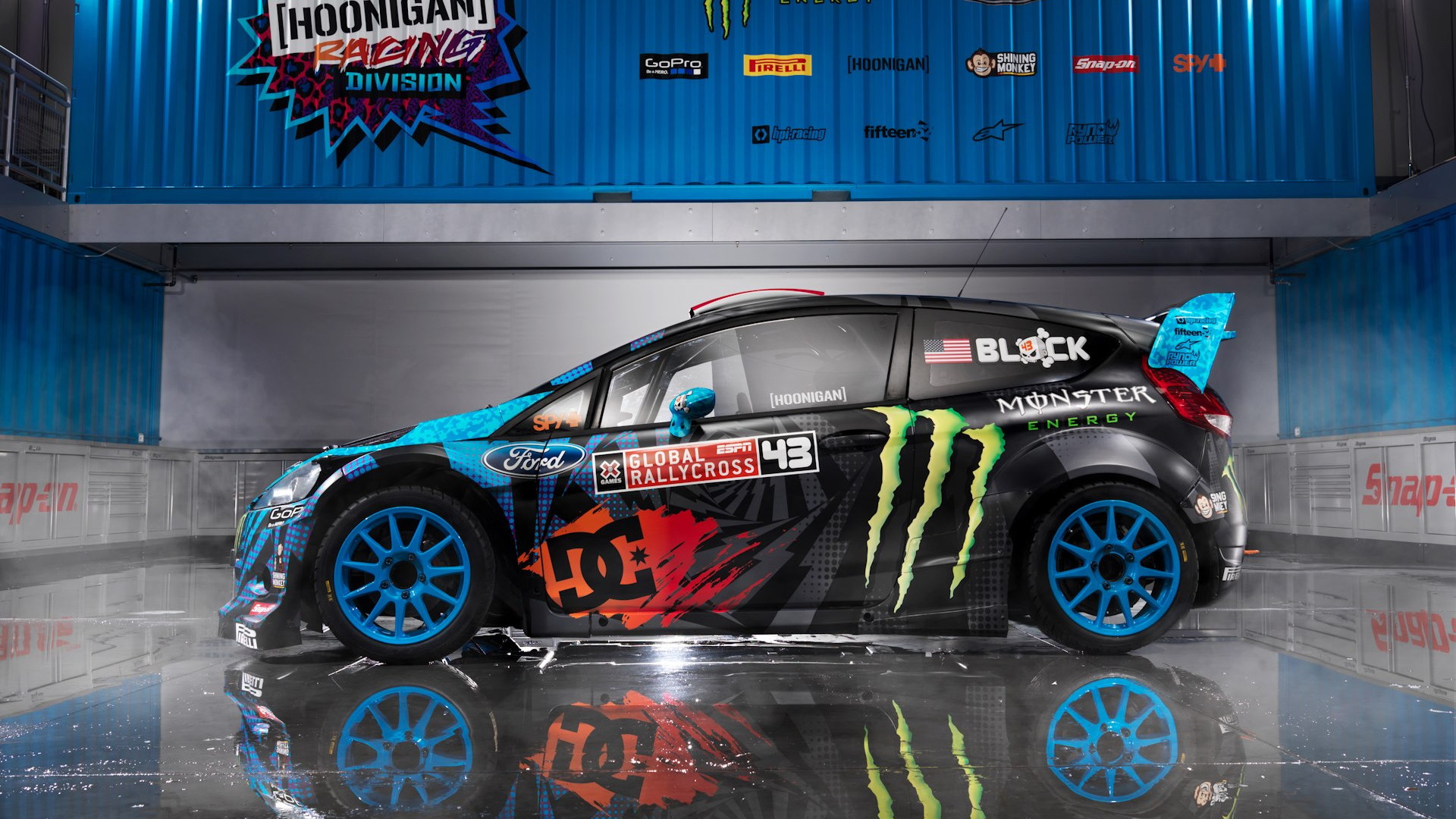 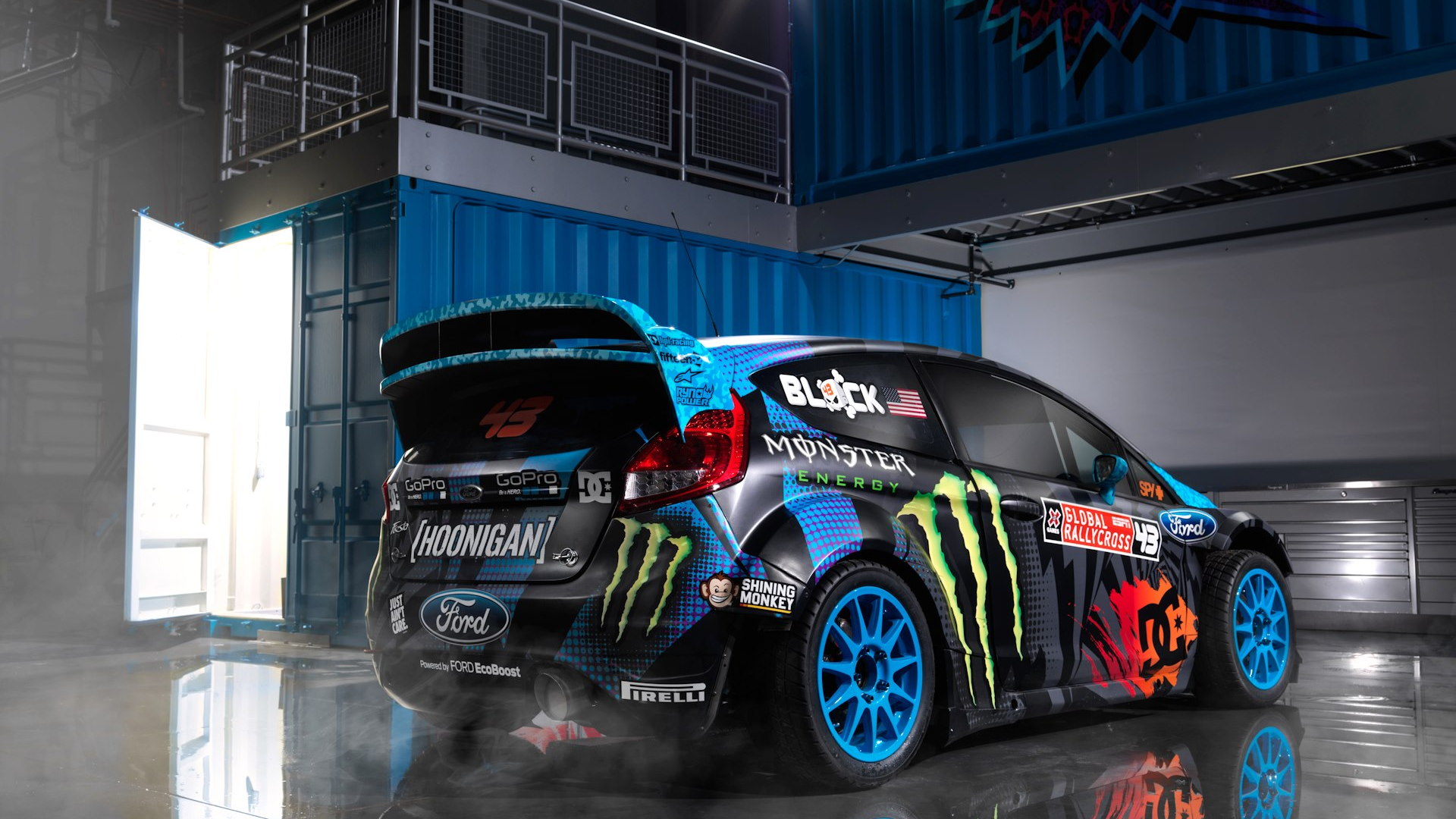 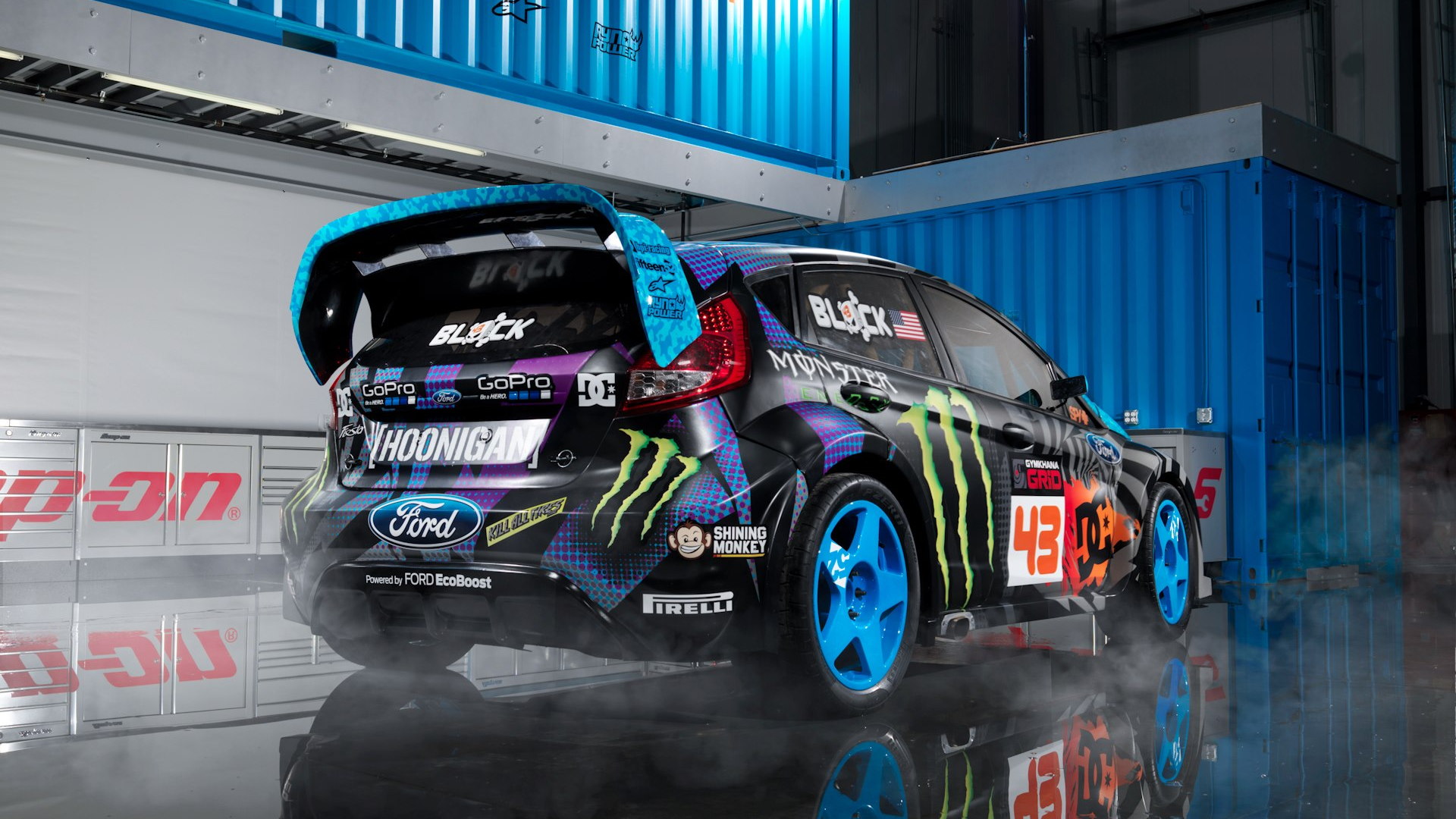 10
photos
Love him or hate him, the king of flat-billed drift kiddies and the spearhead for much of America's rally hopes in Europe is a force in modern American alternative motorsports. Today, Ken Block unveiled the new 2013 livery for his Hybrid Function Hoon Vehicle and Gymkhana race cars.

It's as eye-popping and neurasthenic as ever, but this time with a mixture of blues, purples, and a dash of fire rather than the green-dominant schemes of years past. Along with the new livery comes a new name for the race team: Hoonigan Racing Division.

Ken Block explained the new livery, saying, "I’m stoked on how this livery and overall team aesthetic has turned out this year. With the name change to Hoonigan Racing Division, we wanted to take the look in a slightly different direction, one that has been inspired by my love of 80s and early 90s skateboarding graphics, as well as Miami Vice-era offshore powerboats and a dash of hair metal and old school hip hop mixed in for good measure. Much like we did in our years as MWRT, we’re continuing to try and lead and innovate in the motorsports marketing arena with this livery."

Of course, to our minds, it really doesn't matter what a 600-ish-horsepower, all-wheel drive turbo Fiesta looks like. We'd drive it even if it had Hello Kitty livery.

And we'd love it.