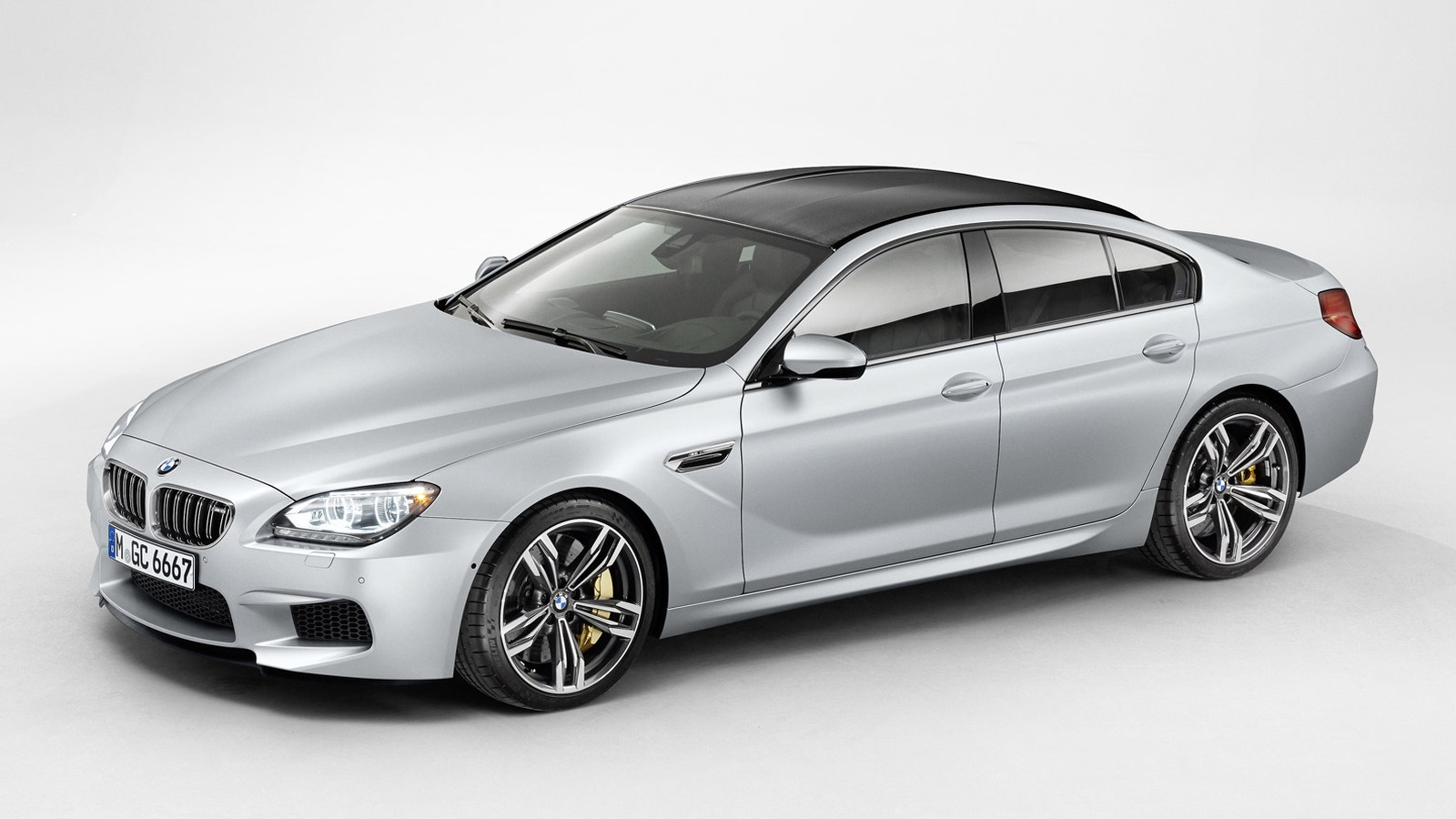 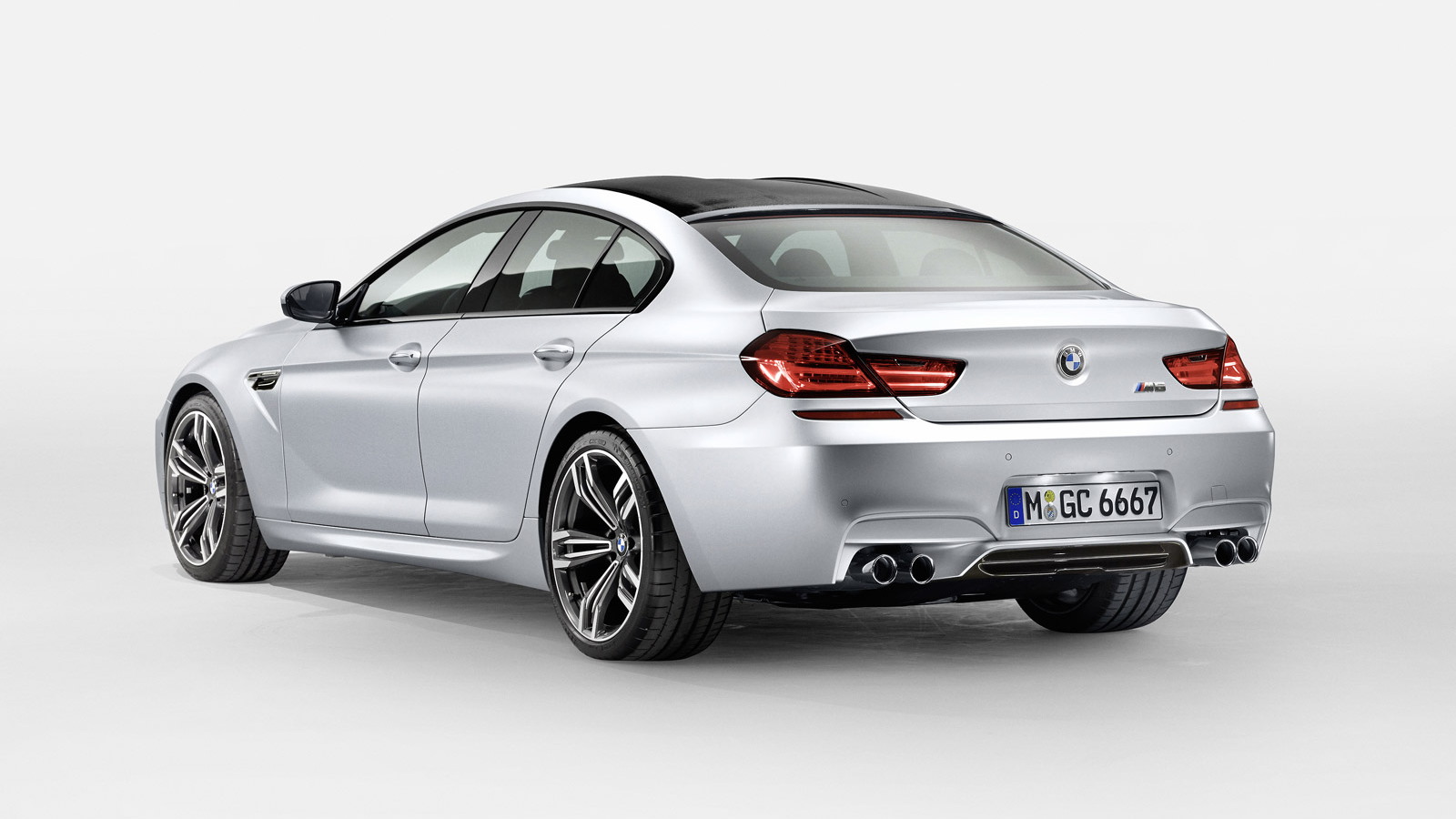 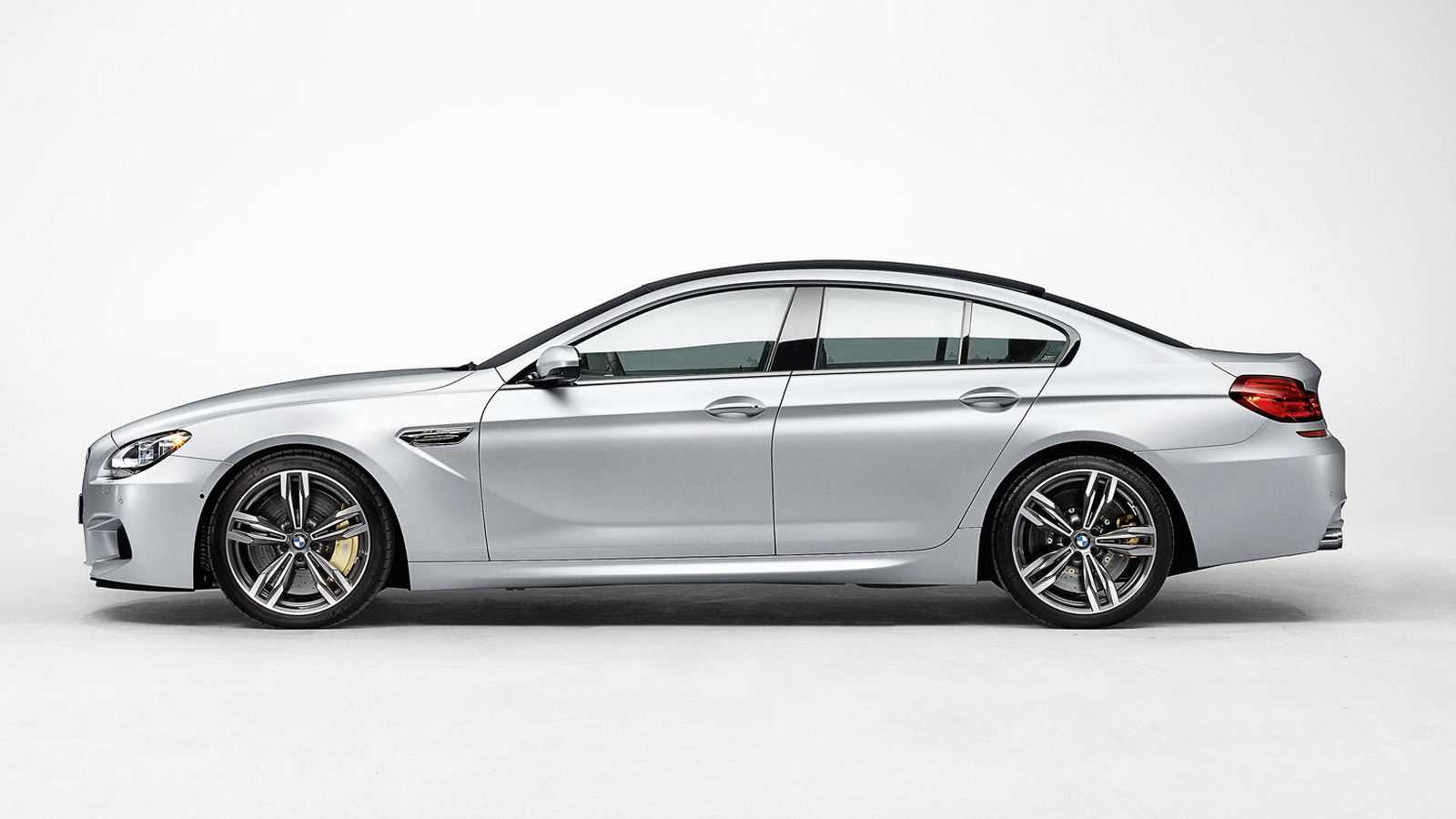 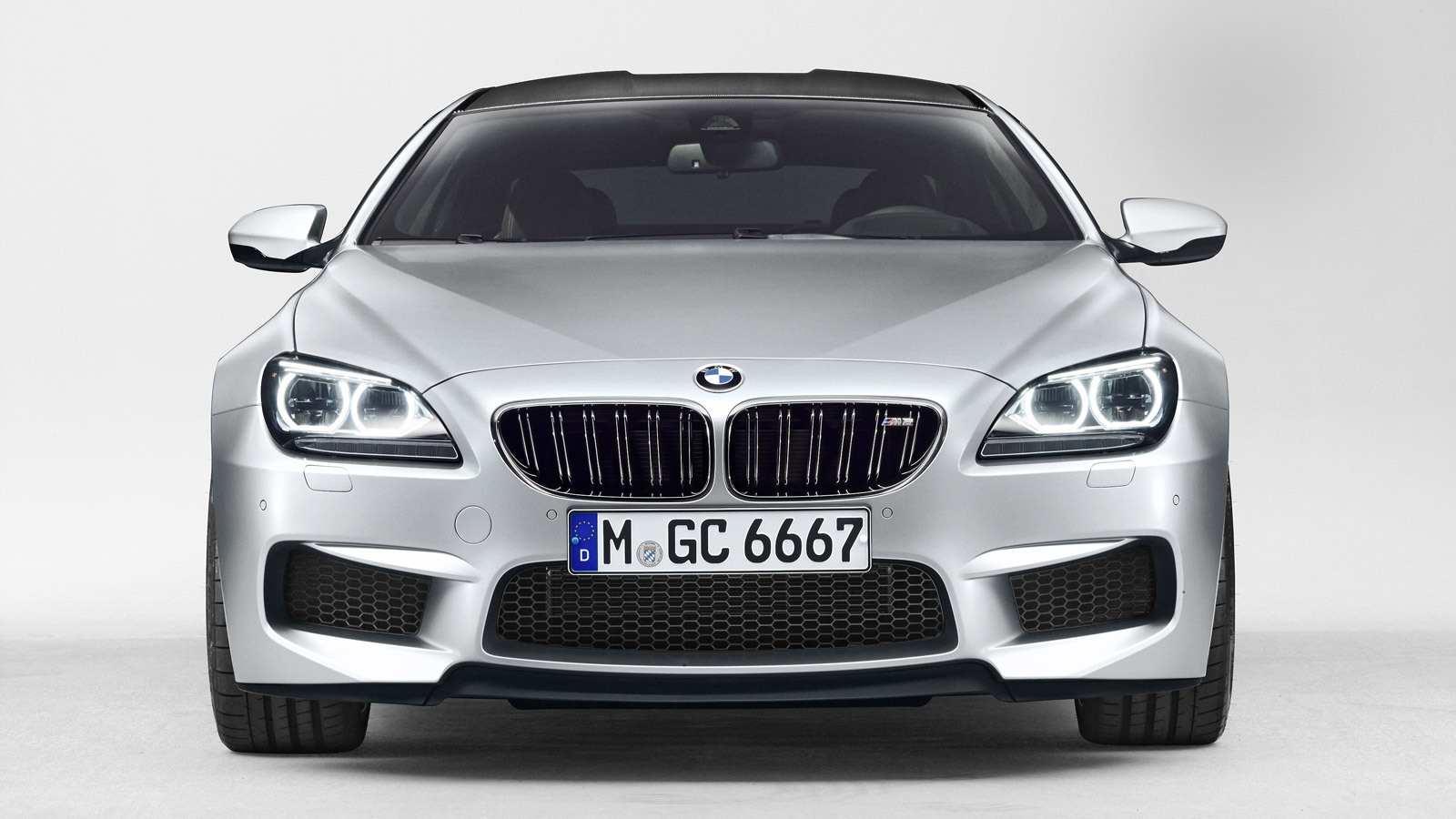 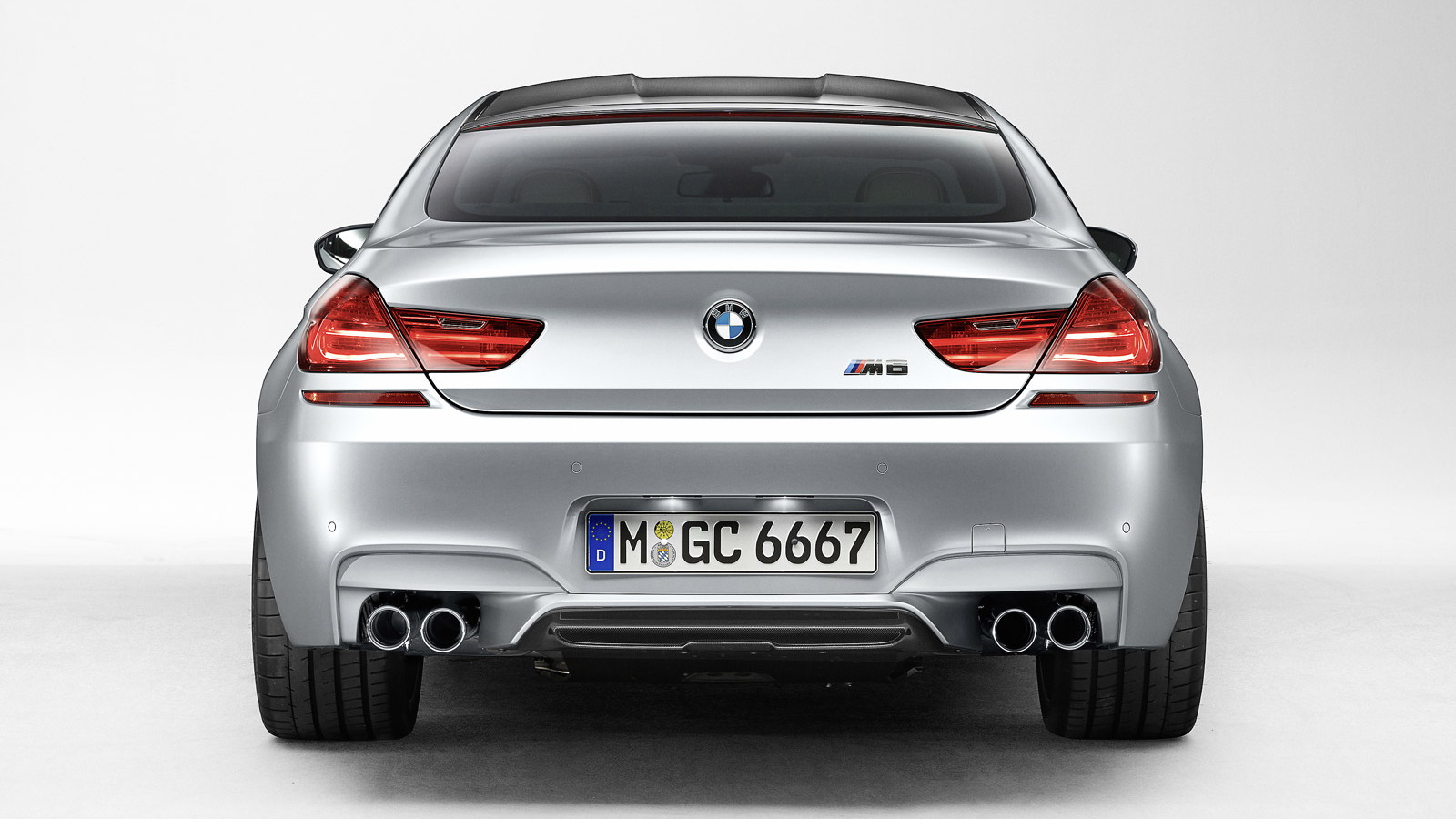 24
photos
The M-enhanced version of BMW’s svelte 6-Series Gran Coupe has been one of the worst kept secrets of the year, with barely disguised prototypes, teasers and official comments all making it obvious a new M car was in the works.

Now, BMW has finally revealed its new 2014 M6 Gran Coupe, ahead of a sales launch early next summer.

Like the latest versions of the M5 and M6 coupe and convertible duo, with which it shares a platform, the M6 Gran Coupe follows a familiar path of performance tuning.

Up front is a twin-turbocharged 4.4-liter V-8 engine rated at 560 horsepower and 500 pound-feet of torque. Power is sent rearward, first to a seven-speed dual-clutch transmission and then to a unique limited-slip differential before reaching the rear wheels.

The special differential, dubbed the Active M Differential, is an electronically controlled multi-plate limited-slip differential programmed to optimize traction, stability and sporting character. The locking force within the differential is varied continuously between 0 and 100 percent.

In addition to the data provided by the car’s electronic stability control system, the Active M Differential’s control unit also takes into account the position of the accelerator pedal, the rotational speed of the wheels and the car’s yaw rate. Every driving situation is therefore analyzed so that any loss of traction on one side of the car is identified early and the degree of axle lock adjusted as required.

The key to the engine’s prowess is a pair of turbochargers nestled in the V between the two cylinder banks in a reverse-flow layout. This layout results in an unusually compact engine where the intake is moved outboard and the exhaust inboard. The lengths of intake and exhaust tracts are also shorter, helping to reduce pressure losses.

At its peak, the M6 Gran Coupe will rocket to 60 mph from rest in just 4.1 seconds and easily reach its electronically-limited top speed of 155 mph.

To bring it back to rest, the car gets massive 15.7-inch brake discs up front and 15.6-inch discs at the rear. These are composed of steel and aluminum and are gripped by six-piston fixed calipers painted blue metallic and featuring the M logo. They’re housed within a unique set of 20-inch forged wheels.

Inside, the distinctive M cockpit fuses sports car style with plenty of luxury. Leather trim is standard, as are Alcantara and carbon fiber highlights. The M6 Gran Coupe also features an M sports steering wheel, an M driver’s footrest and instrument cluster, and an iDrive control system with a 10.2-inch display.

The real highlight are the M sport seats that offer the driver and front passenger optimum lateral support while cornering, but also a high level of comfort over long distances. They also get active head restraints to reduce the risk of whiplash injury in a rear-end impact.

Final pricing for the BMW M6 Gran Coupe, as well as availability and options, will be announced closer to the car's sales launch next year.