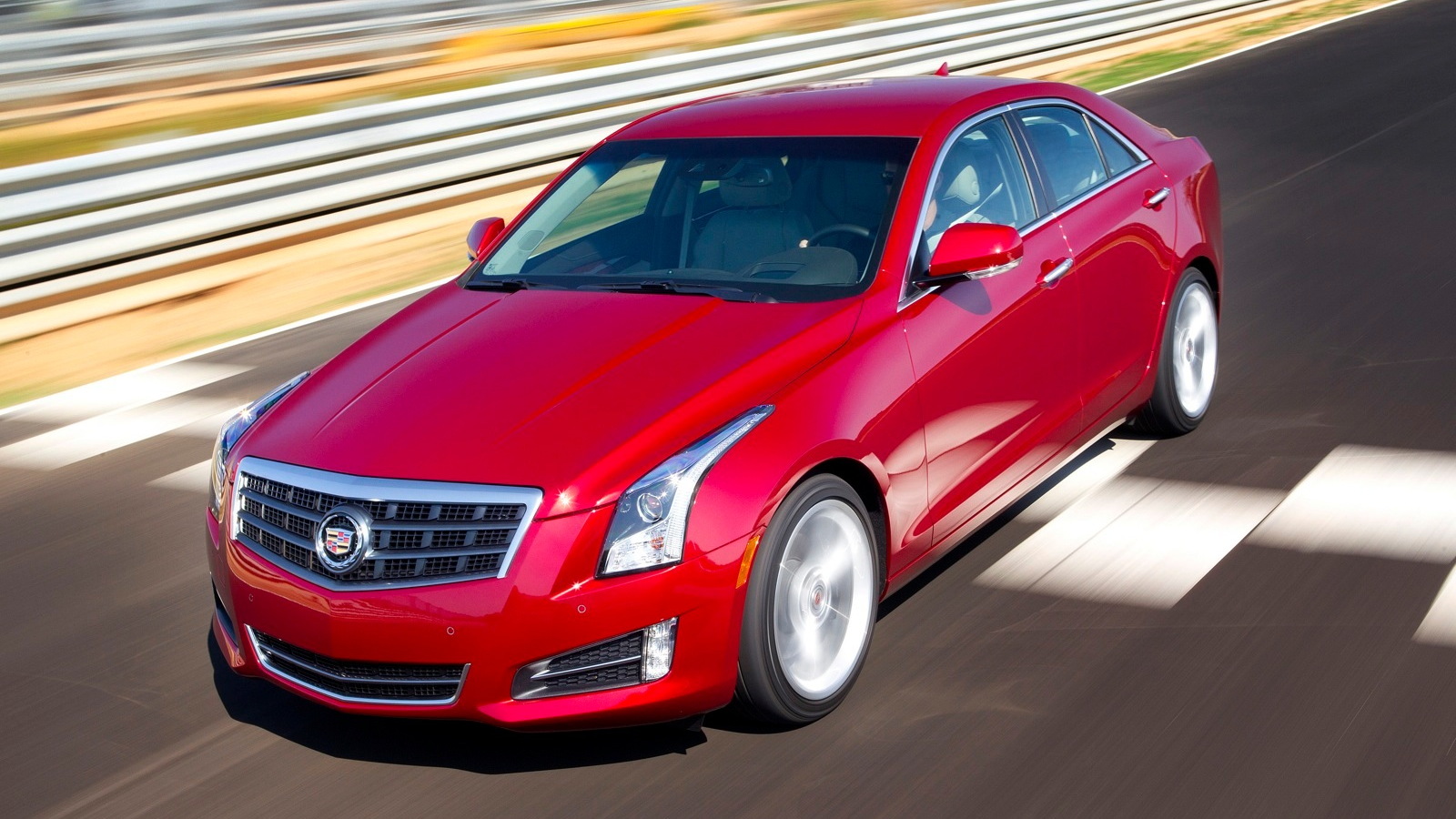 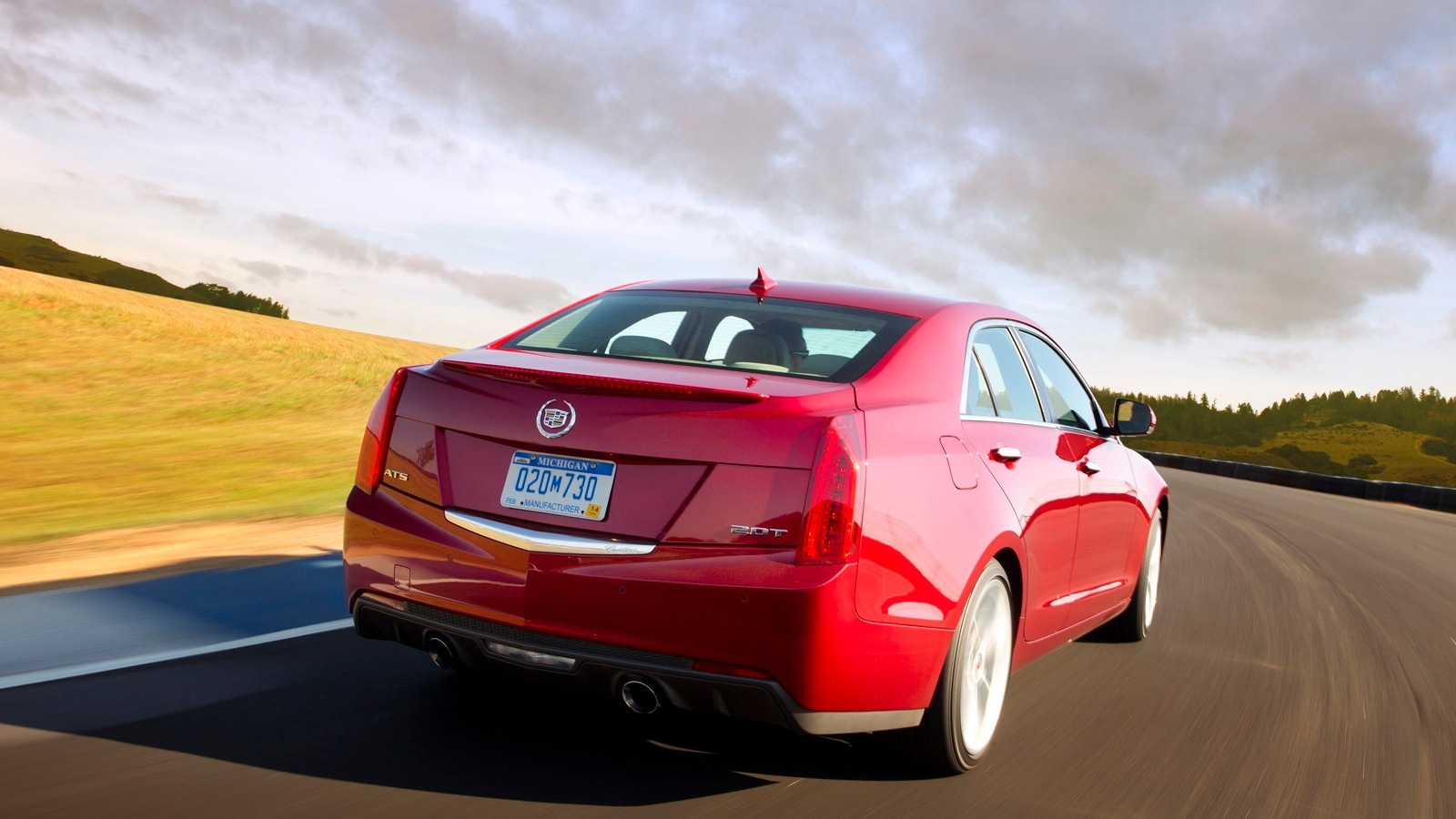 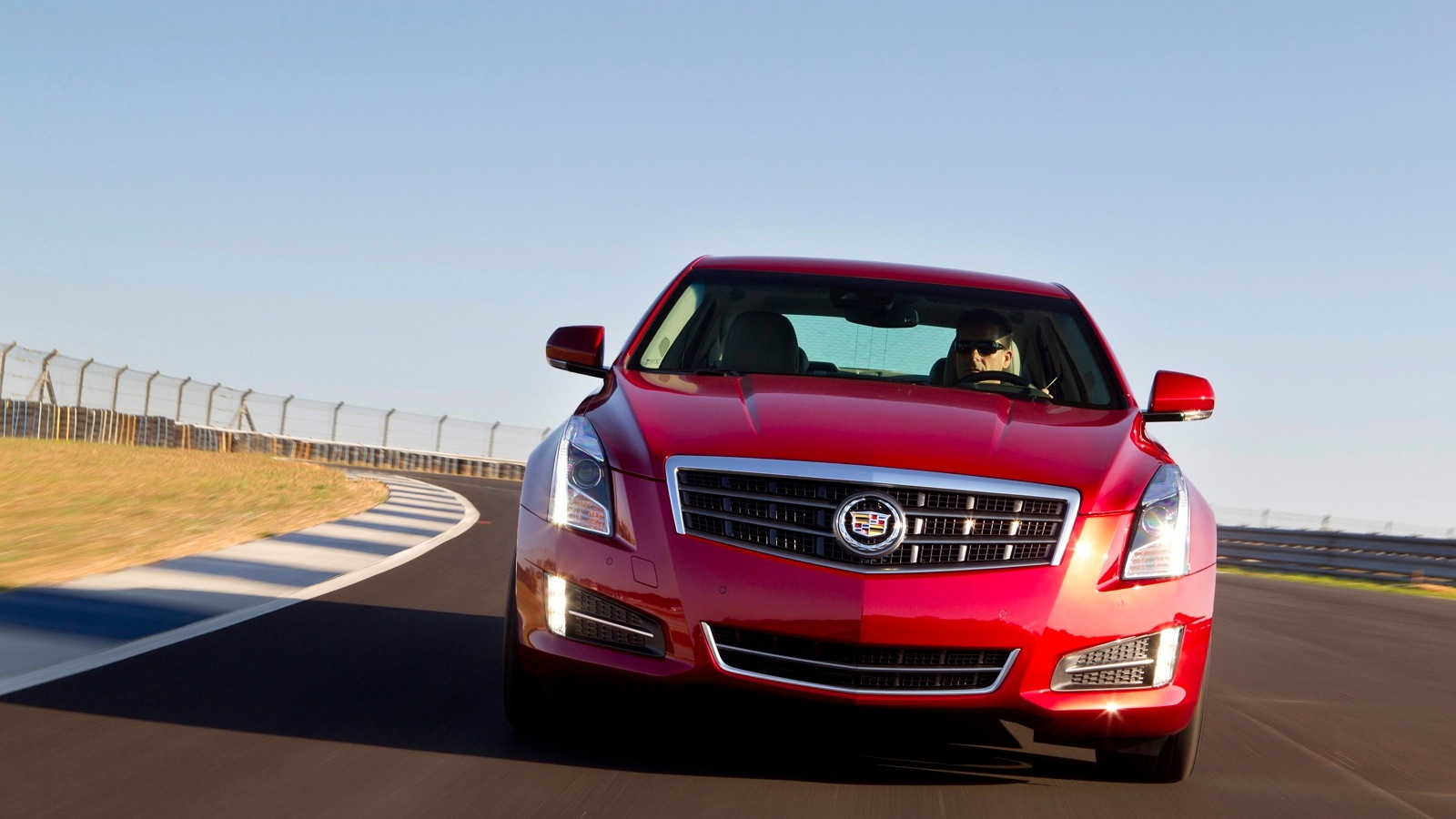 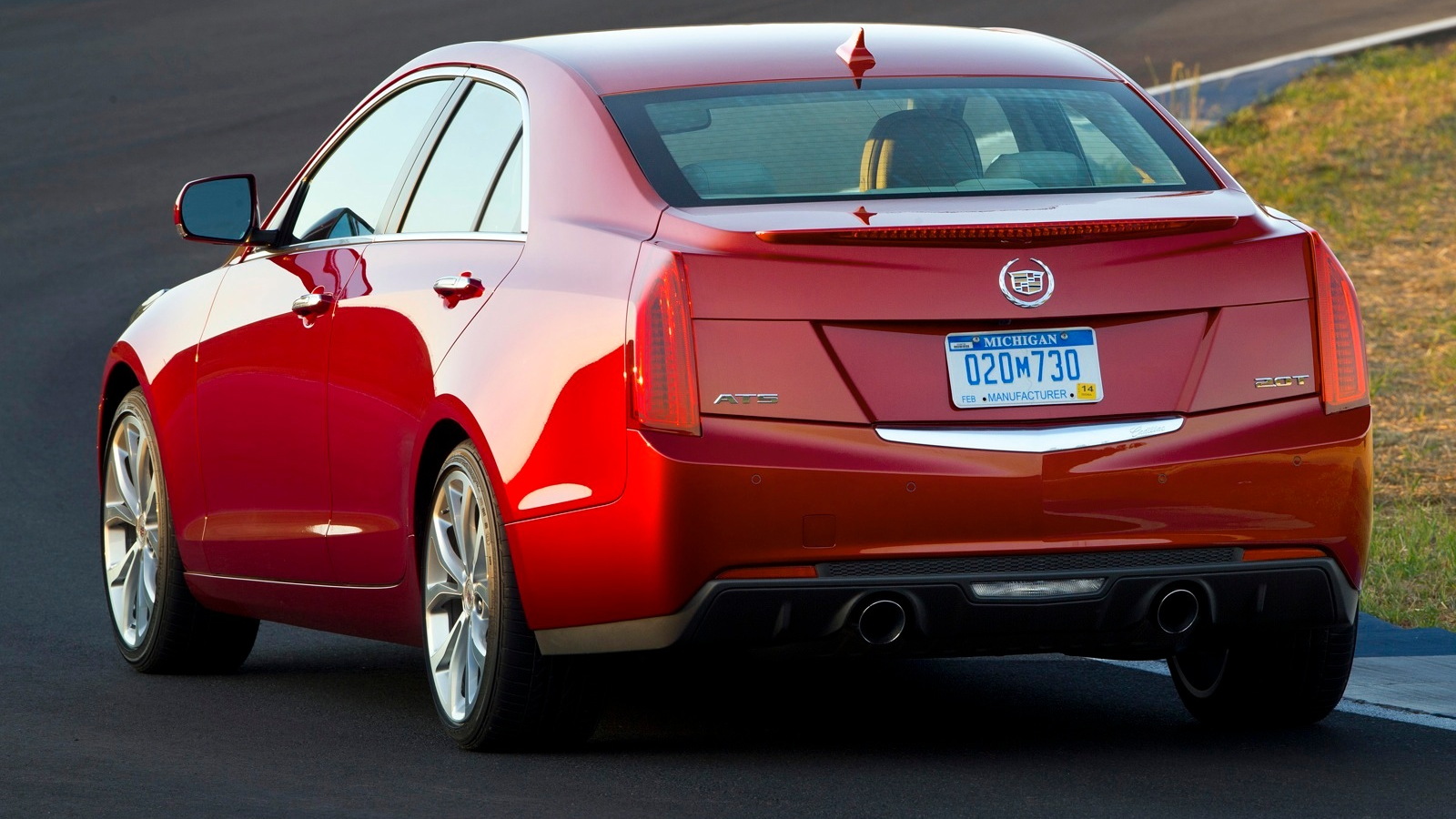 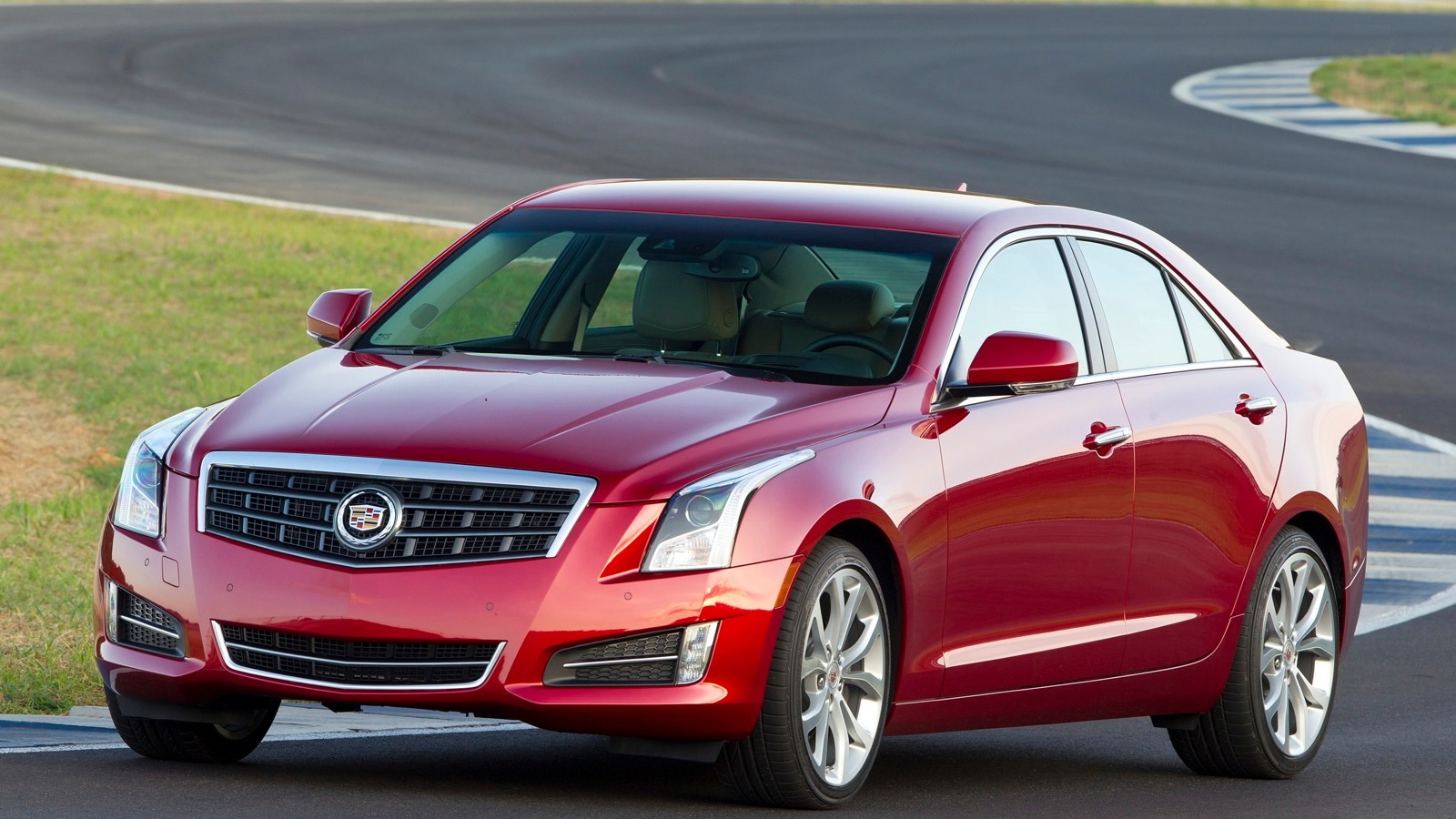 14
photos
Choosing the Best Car To Buy is no easy affair, especially when multiple manufacturers release all-new models that are absolutely, utterly fantastic--or at least very nearly so.

Every car has its compromise, or will until someone builds a flying, submersible, Dakar-capable, 300-mph supercar that seats nine. With the 2013 Cadillac ATS, the primary compromises are the smallish rear seat and the infotainment system. More on those later.

From behind the wheel, the ATS is a step forward the way the CTS was a step forward a decade ago. With better-than-BMW steering and handling, while maintaining very class-suitable ride quality, Cadillac has one of the most engaging luxury sport sedans on the market in the ATS.

Switch into sport mode, and things change immediately. No longer lagging on downshifts or prematurely up-shifting, the transmission starts downshifting the second you stab the gas or stand on the brake pedal. Gear changes are quick and authoritative, and the car really comes to live, all pieces playing in harmony.

The experience elsewhere in the cabin is equally good. High-quality materials match a classy, refined look that says luxury without quite shouting it--and without the over-chromed, slightly plasticky look Cadillac was once known for. In fact, compared to the Germans and Japanese (excepting Audi), Cadillac has managed a balance of affordable style that's unmatched.

Looking at the ATS from the curb, it's easy to fall for it on looks alone. Shaped much like the CTS, but with details, especially in the hood and front end, that are ATS-only, it has a definite American look and feel, its stance confident and solid without being arrogant. Angular proportions meet gentle curves and swells to instill a sense of engineered purpose--a look that's borne out in the car's performance.

But back to those downsides.

The rear seat's parsimony with leg room is understandable; most of the other cars in the segment, including the BMW 3-Series and Audi A4 suffer from the same issue. It's a function of size, and if you need a full-size back seat, you don't need a compact/mid-size luxury car. We note the issue in the interest of completeness, but forgive it completely.

Cadillac's CUE touchscreen infotainment system does not get off so easily. Though feature-packed (it includes a Pandora app, HD Radio, satellite radio, navigation with voice commands, climate controls, and much more) and innovative in its proximity-sensing interface, the CUE system consistently gets in the way of enjoying the ATS on the road.

How? By its seemingly random inability to comprehend normal spoken navigation destinations; by a map for the navigation system that's either incomplete or out of date; by the grating tone of its apparent text-to-voice prompts; by waiting for ages to end each voice cue; and by being somewhat complicated to learn and consistently use while driving.

In fact, after spending a solid week in the car, we found ourselves using our phones for navigation and POI lookup, the CUE system being either too frustrating or simply incapable of successfully completing the tasks.

Fortunately, there are versions of the ATS that can be had without the latest, highest development of the CUE system. Unfortunately, the version we would want and would build for ourselves has it baked into the package.

Can the 2013 Cadillac ATS overcome this CUE-borne frustration to rise to the top of our Best Car To Buy 2013 awards? It's certainly one of the best cars we've driven all year, and, along with the 2013 Porsche Boxster, one of our favorites as well. Come back Monday, December 10th to find out which of our short list of cars wins.