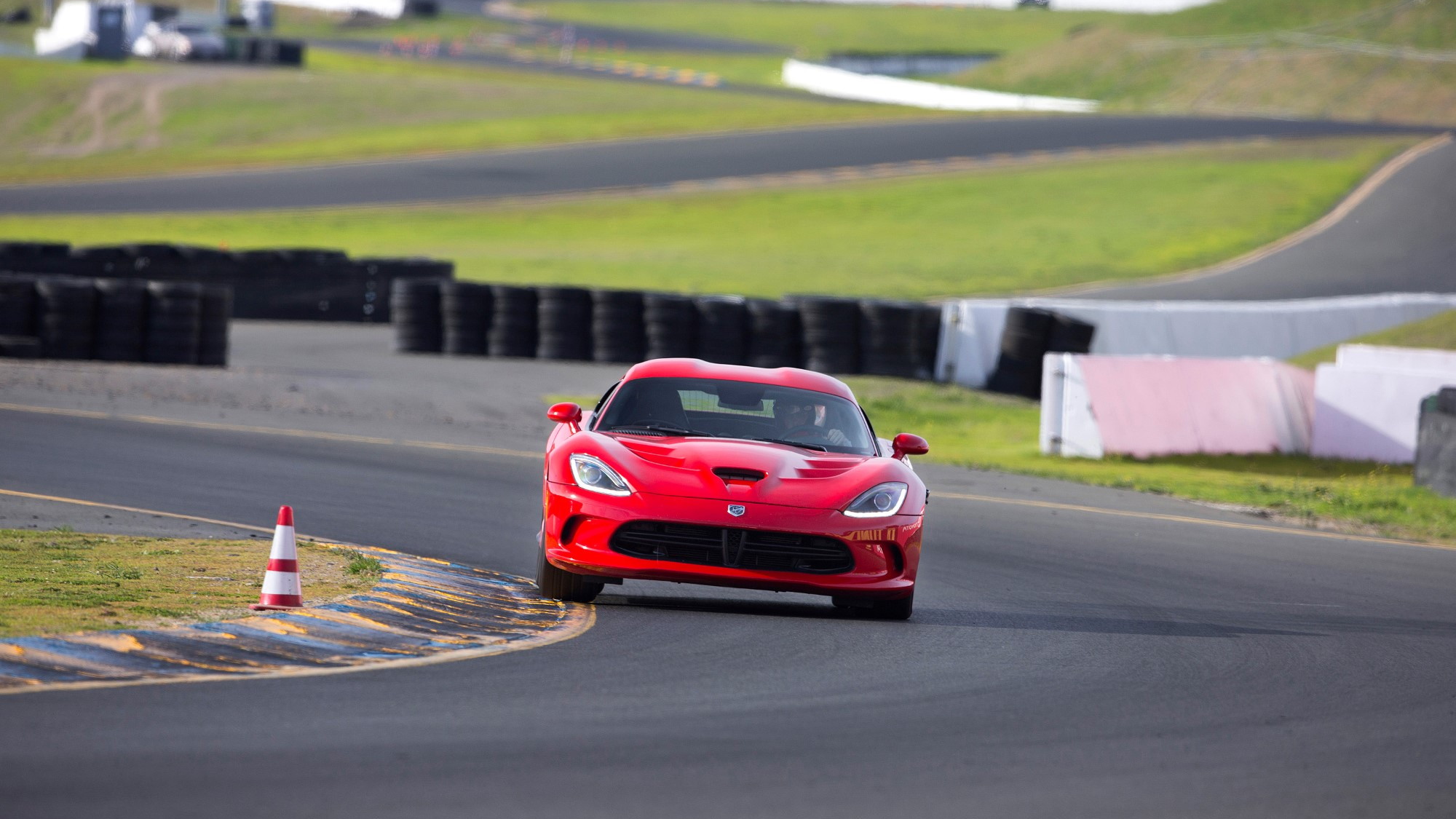 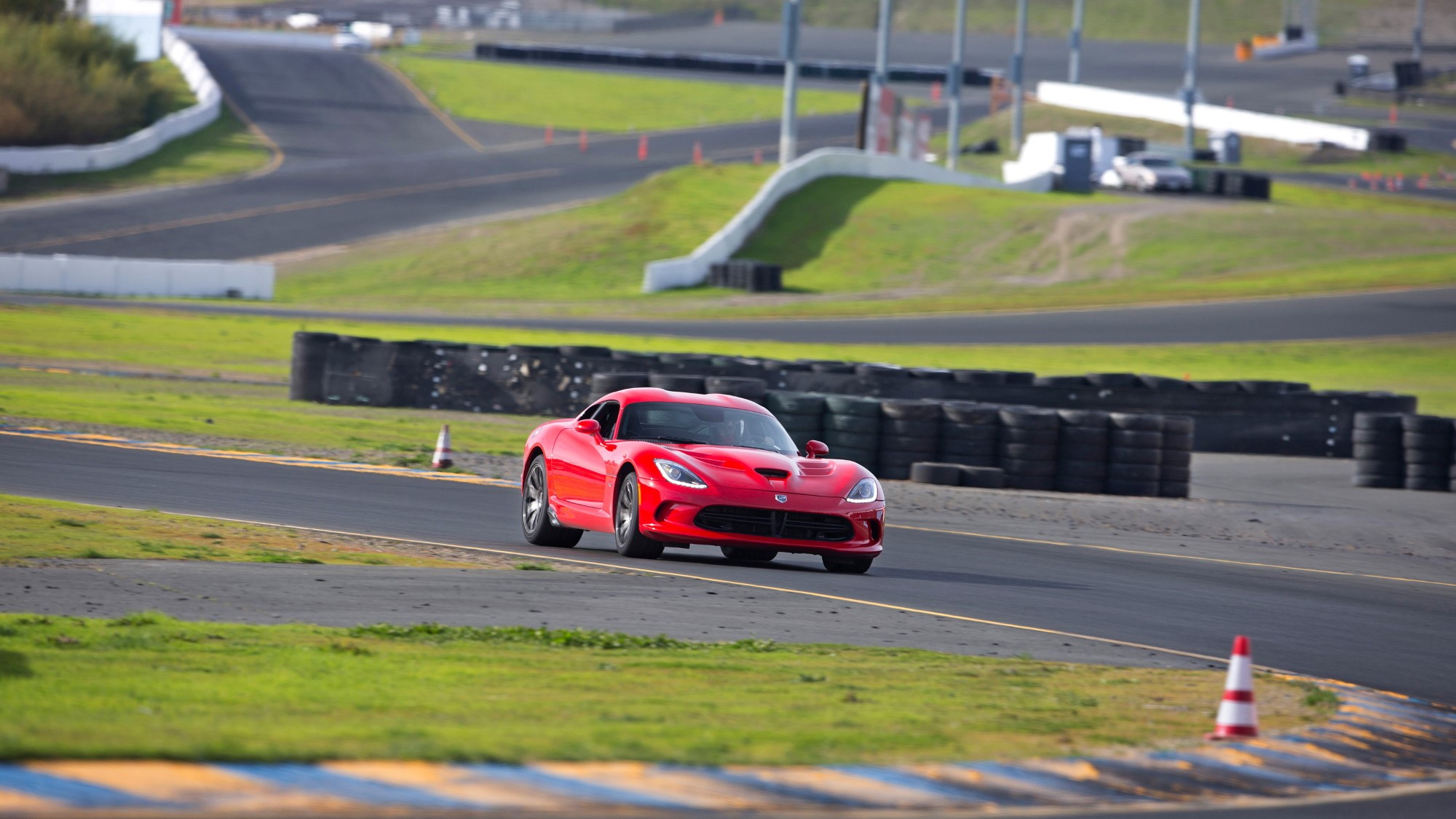 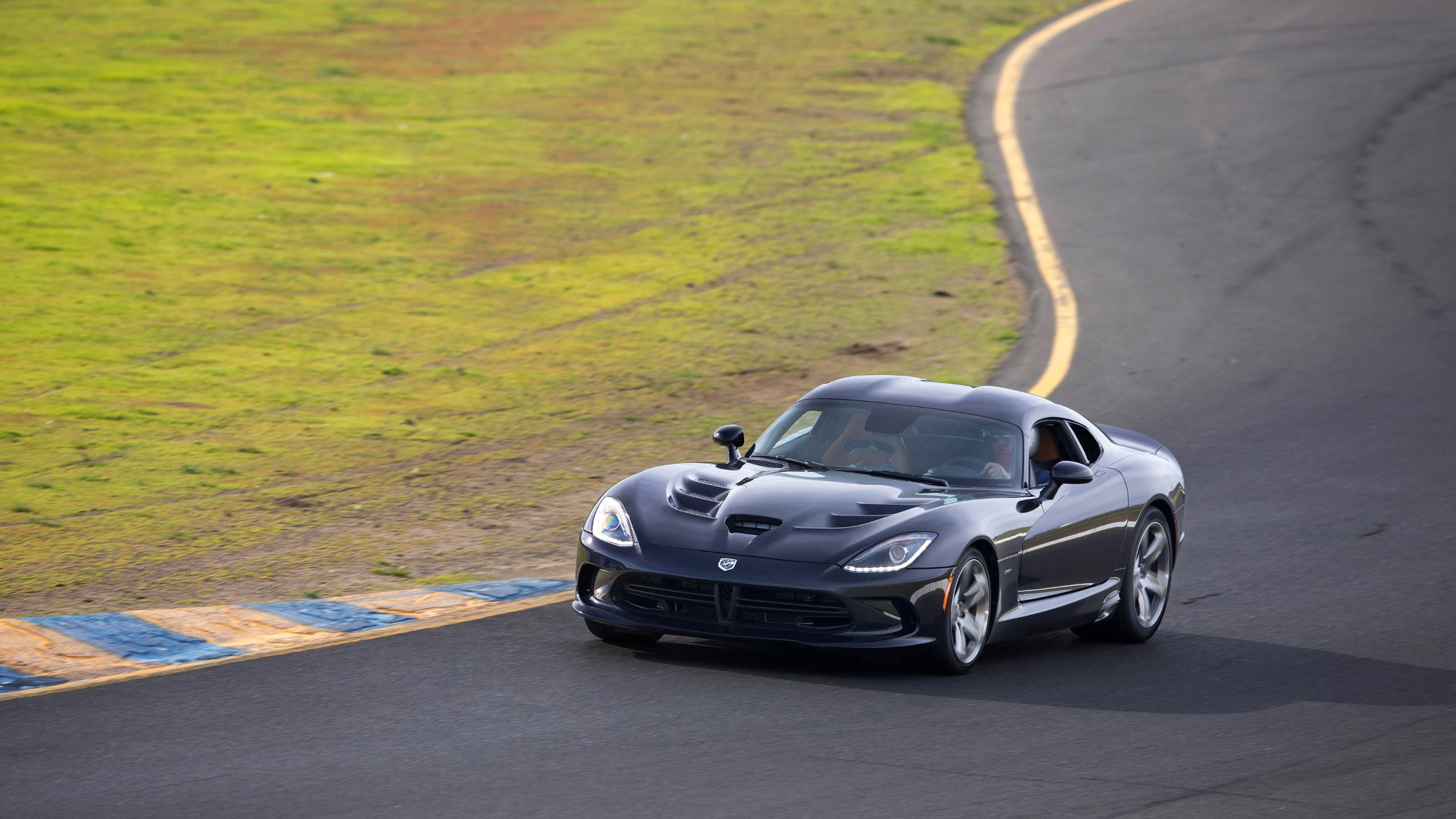 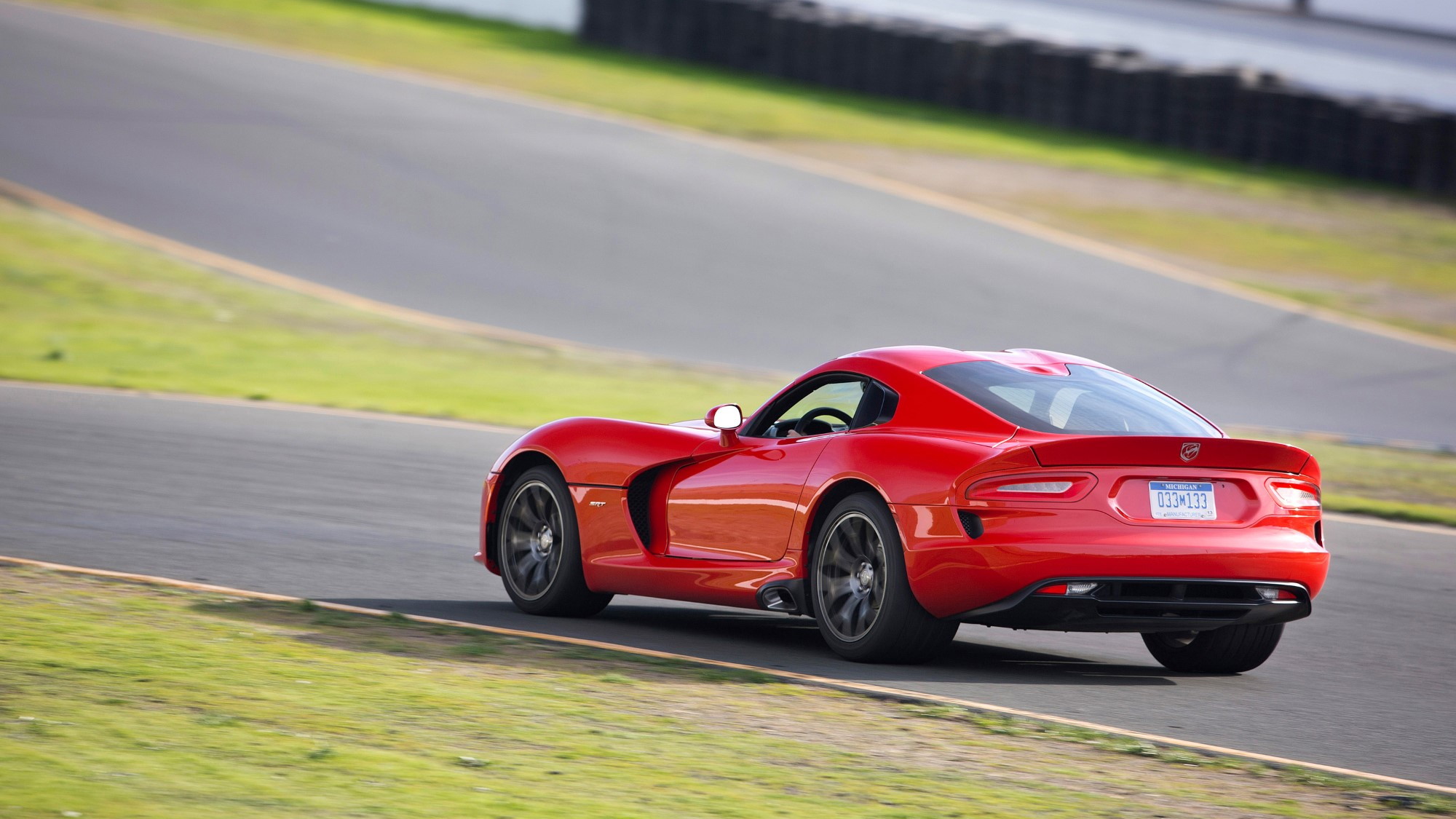 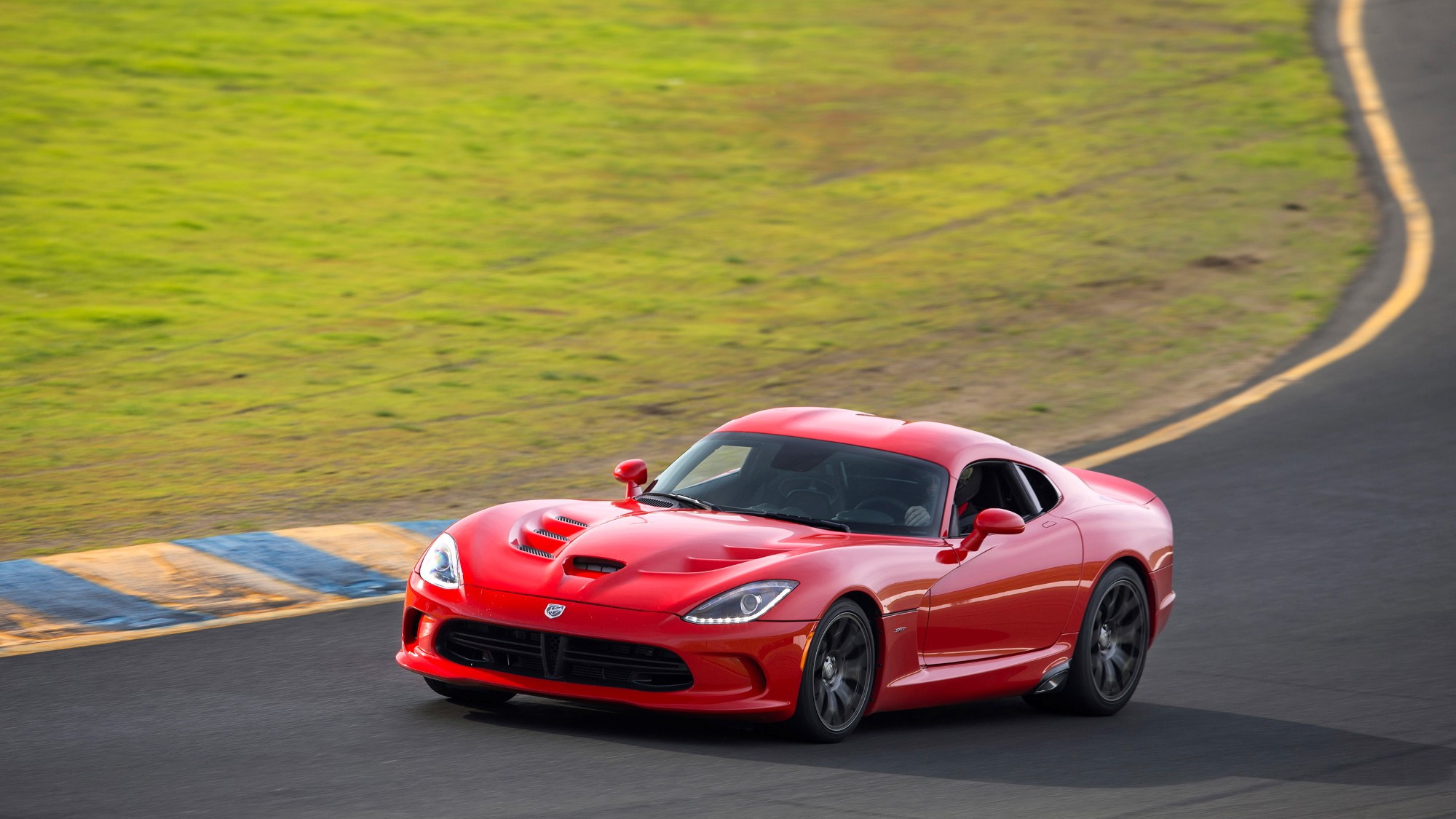 All of those epithets used to be the most accurate descriptors of the Dodge Viper. For 2013, however, Chrysler has dropped the Dodge brand from the car, putting it fully under SRT's wing, and given us an all-new model with much--much--better manners.

On the street, the Viper's still a bit loud, a bit stiff, and a bit of a head-turner. The interior is world's better than the last one, pulling off a legitimate run at serious luxury sports car territory with extensive leather surfaces, great seats, and a fully-modern, high-resolution center stack display.

But it's still the track where the Viper truly comes to life, only now, it's significantly faster while being at least 100 percent less likely to issue a death sentence for a mistake.

How is that possible? In part it's down to the iterative improvements made to the chassis, engine, and suspension setup. The chassis and suspension in particular stand out, making the Viper incredibly predictable, stable, and informative through all three stages of a corner (entry, apex, and exit). Step on the loud pedal as you unwind the wheel, and instead of lots of sideways/backwards action, you'll find shockingly high levels of forward grip.

That's thanks to the traction control system, new to any Viper in 2013 as part of its federal safety requirements. But unlike the lawyer-laden systems found on other cars, even high-performance cars, the traction and stability control systems on the Viper are tuned for the track--even in fully-on mode.

Full traction control and no traction control are the only two options you'll get with the base SRT Viper. The Viper GTS adds two intermediary stages with progressively less intervention, but to be honest, we found the default setting to allow plenty of yaw and slip for good track driving--without slowing you down.

Even when the traction control system does kick in, it doesn't shut everything down until you get back to sanity--it merely reels in the engine's application of power just enough to keep you pointed in the intended direction. Simply put, it's brilliant.

The 2013 SRT Viper is, without question, the best car we've driven on track this year, as well as the fastest. Nimble (despite its apparent size), balanced, predictable, and offering astounding levels of grip and acceleration, it's sure to set new track records wherever it goes--surpassing even its predecessor model, which still holds many of the production lap records at famous tracks like the Nordschleife and Laguna Seca.

But can its stellar track performance outweigh--or at least make up for--its still-crude road manners? Find out Monday, December 10th, when we announce the winner of our Best Car To Buy 2013 award.