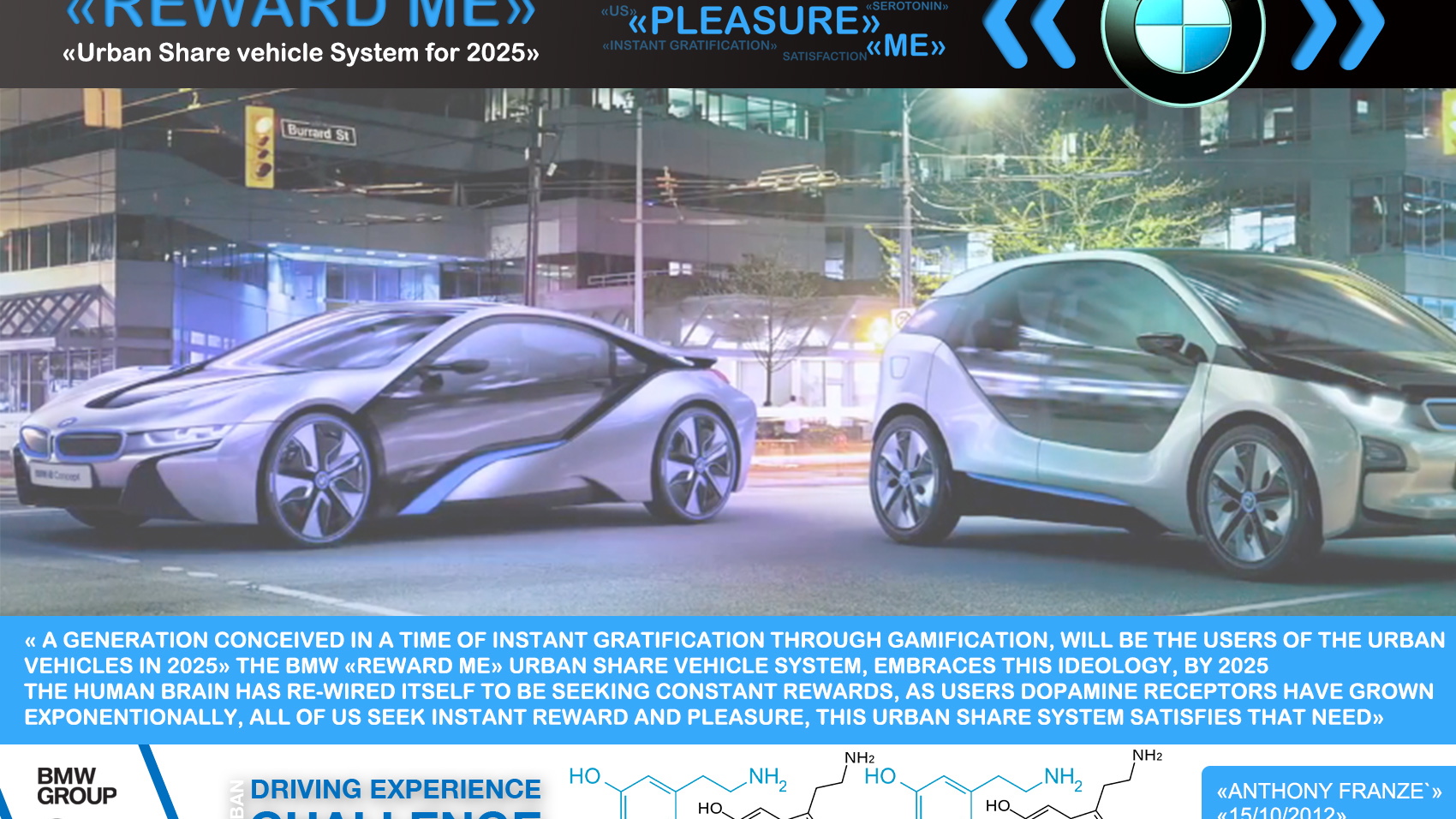 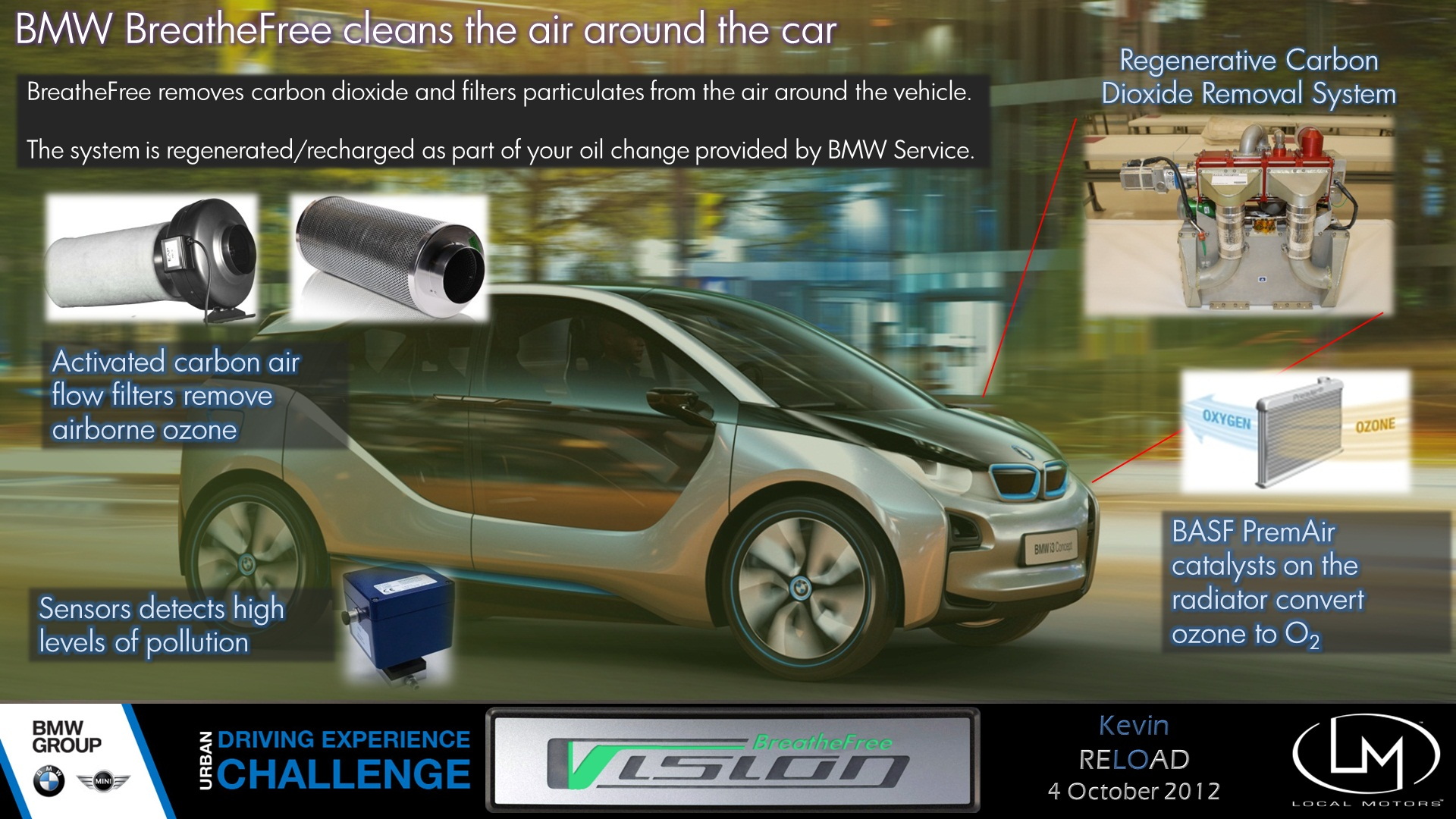 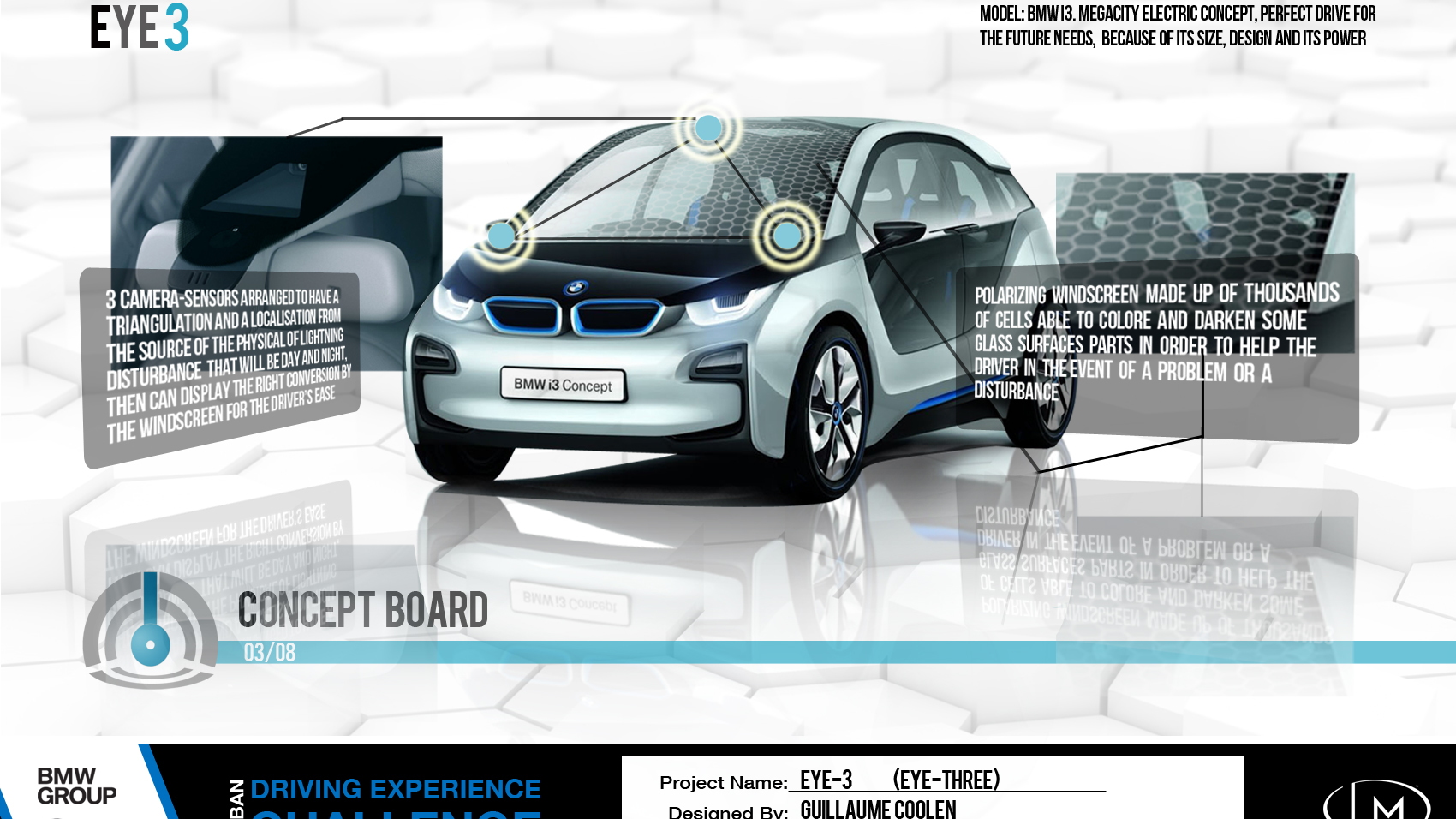 3
photos
In September, we told you that BMW was partnering with automotive crowdsourcing expert Local Motors for an urban automotive technology design contest. The idea was simple: use Local Motors’ Forge community to address challenges faced by urban drivers in the coming years.

As The Forge has members from over 130 countries, proposed solutions would come from a diverse range of designers and automotive enthusiasts. Phase one of the challenge ended on October 16, so BMW and Local Motors have named the winning ideas.

In first place is an idea for a premium car sharing service, called “BMW Reward Me,” designed and proposed by Anthony Franze of Australia. Next came a design for a car that actually cleans the air around it, called "BMW Vision BreatheFree," penned by Kevin Lo of the United States.

In third place, the final cash prize position, was an interactive vision system called "BMW Eye-3," designed by Guillaume Coolen of Japan. In all, some 400 designs were submitted, reaching an impressive total of 3,500 story board sketches.

As Jay Rogers, CEO of Local Motors, explains, “This was a very different kind of challenge for our global community. Focused not on physical vehicle design but on the human driving experience, we asked them to define feature and function concepts that would really push the envelope of specialty automotive design and they did not disappoint.”

As the grand prize winner, Franze receives a cash award of $7,500 and earns a trip to Munich, Germany to meet with the head of BMW’s Group Research and Technology, Dr. Christoph Grote.

Phase one of the design challenge may be over, but phase two is set to begin next week. If you want your voice on future urban mobility heard, head on over to the Local Motors / BMW website for complete details on submitting your concept.