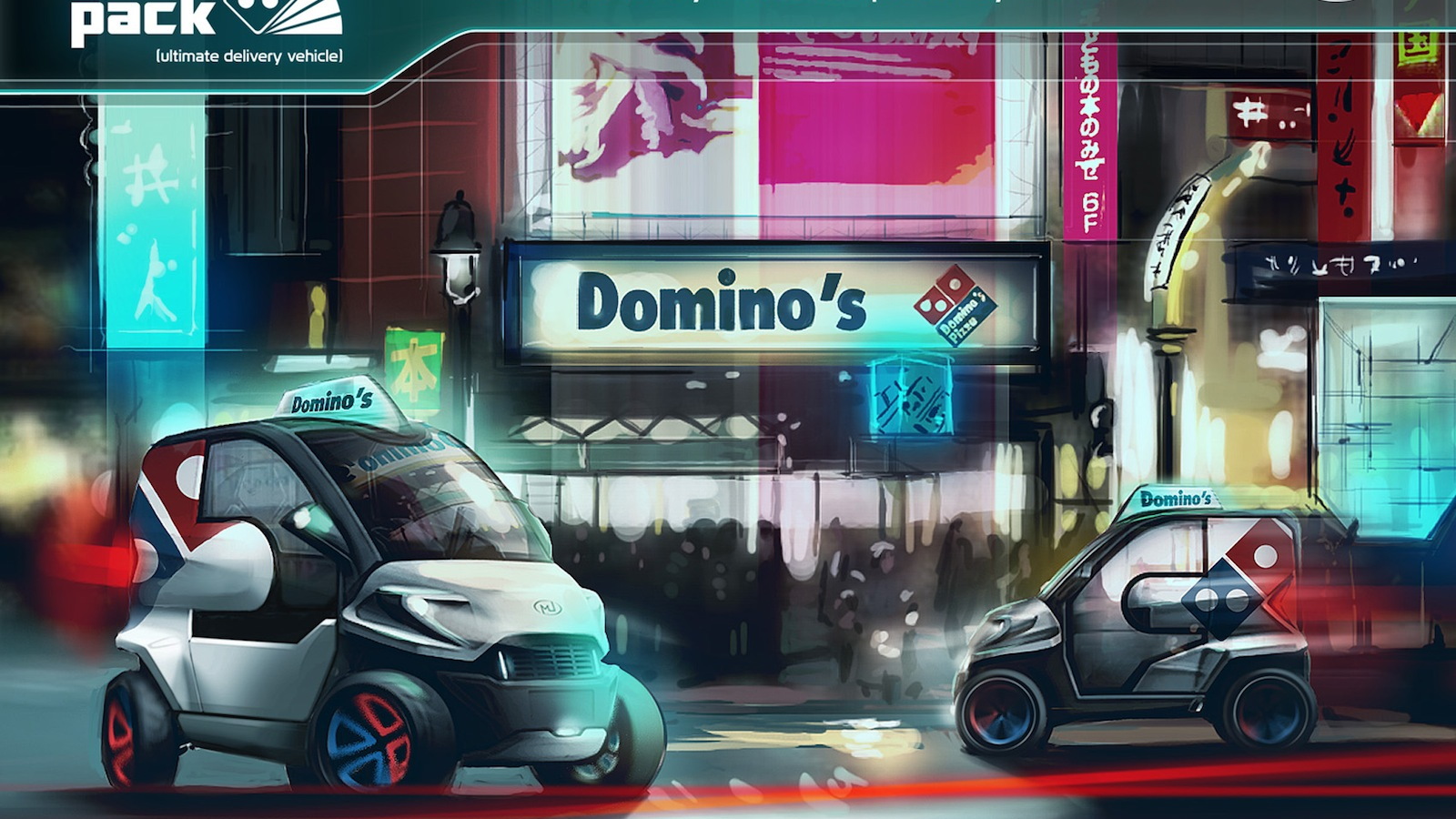 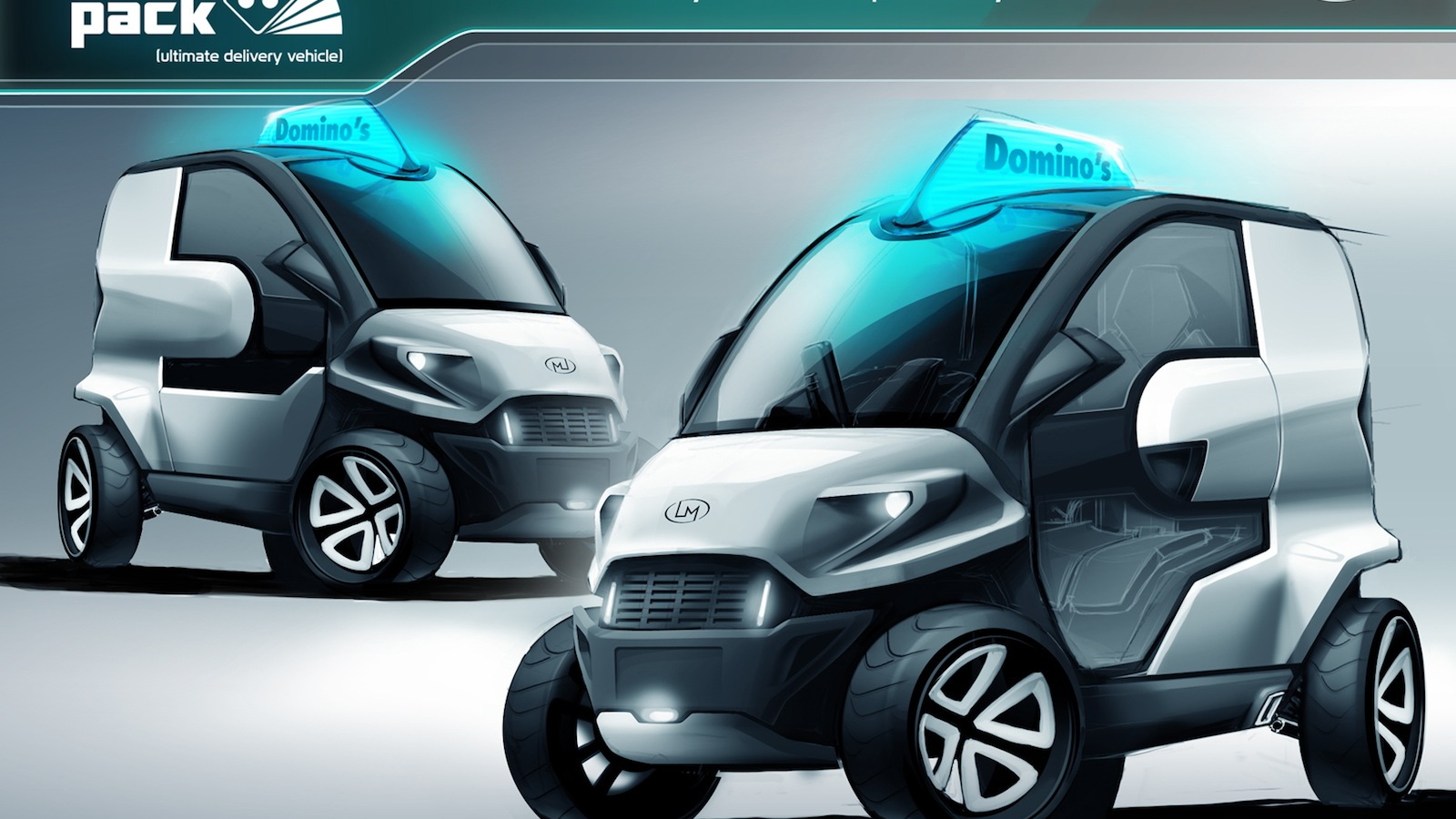 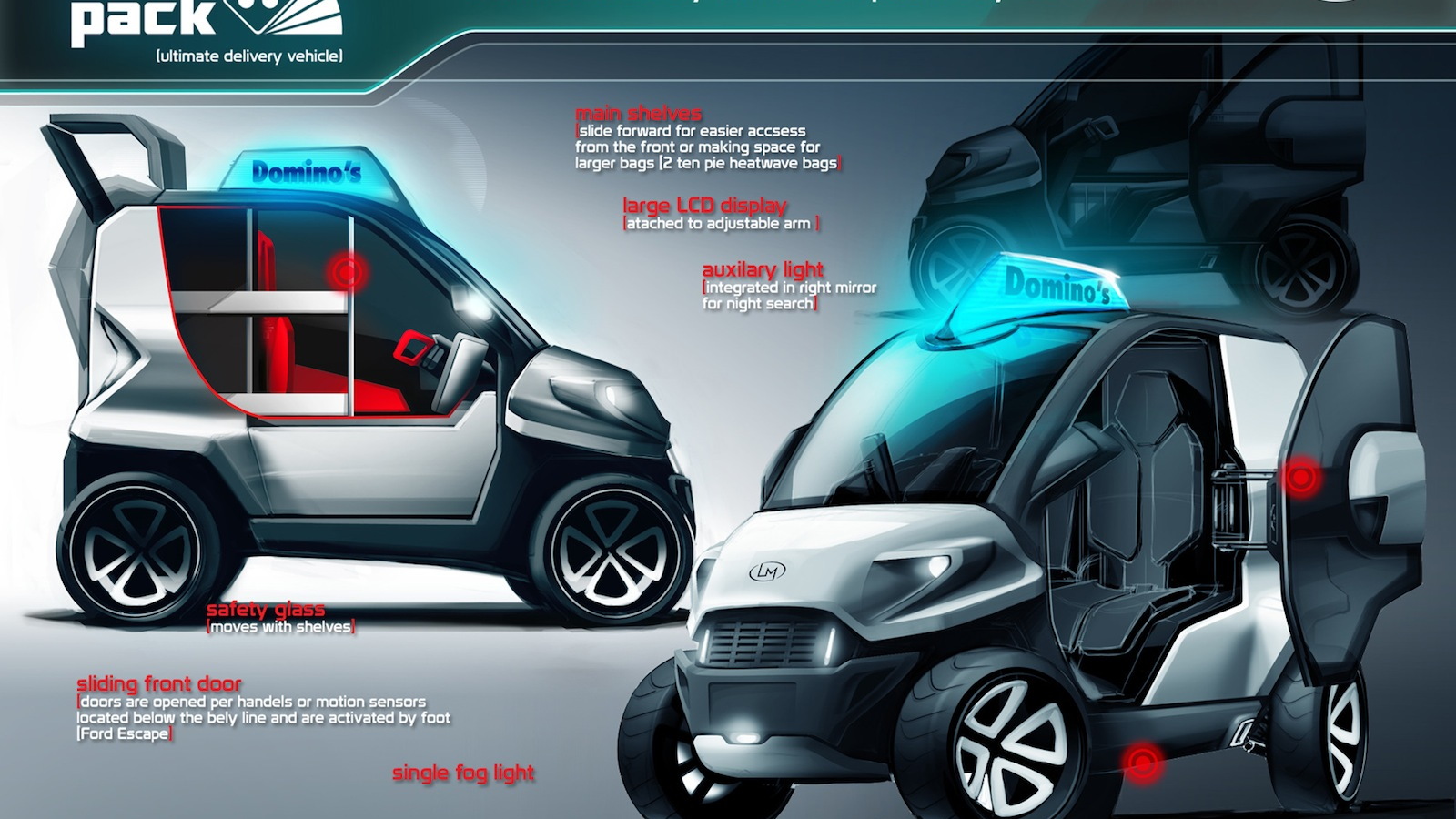 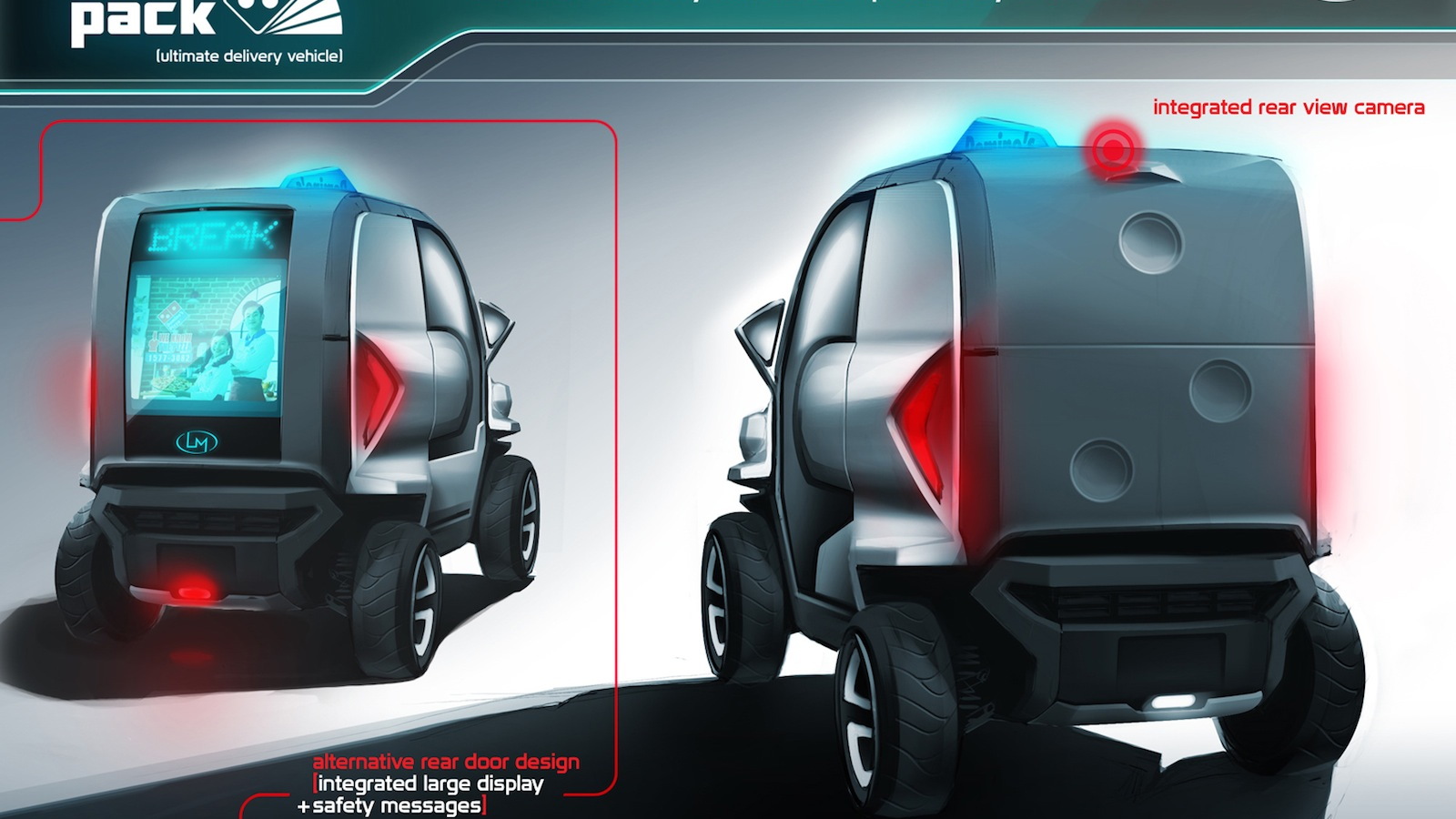 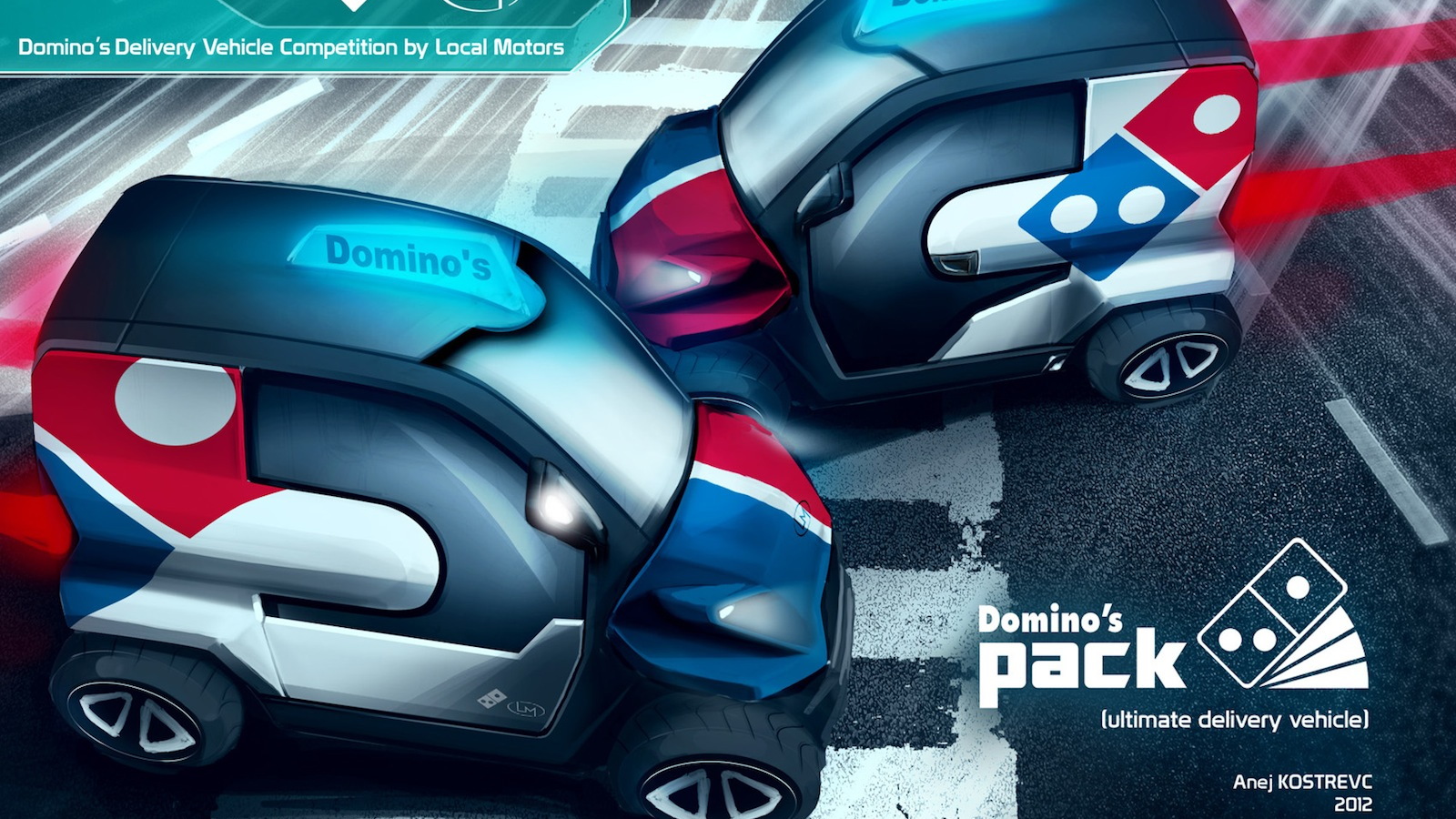 7
photos
Last August we brought you news that Domino’s Pizza was collaborating with Local Motors, creator of the Rally Fighter, to crowdsource the “Ultimate Delivery Vehicle” for Domino’s wheel-shaped, tasty edible wares.

Besides 15 minutes of fame, the contest promised to pay winners some $50,000 in prize money, including a $10,000 check for the chosen design. Over 200 entries (encompassing 1,500 illustrations) were submitted in the first six-week phase of the contest, but the winning concept belonged to Anej Kostrevic of Slovenia.

His design for the Domino’s Pack delivery vehicle includes side and rear chiller drawers to keep beverages cold, plus an insulated box to keep pizzas and sandwiches hot. Doors can be opened or closed with a swipe of the foot, making life easier for the delivery driver.

The Domino’s Pack is sized like a minicar, which makes threading through crowded city streets easier. Proposed engines are a Fiat Twin Air two-cylinder or a Ford EcoBoost three-cylinder, both designed to maximize fuel economy (though that stage of the design has yet to be finalized).

There’s still prize money to be earned, so interested designers should head on over to the Forge at Local Motors for complete details on the next phase of the contest.