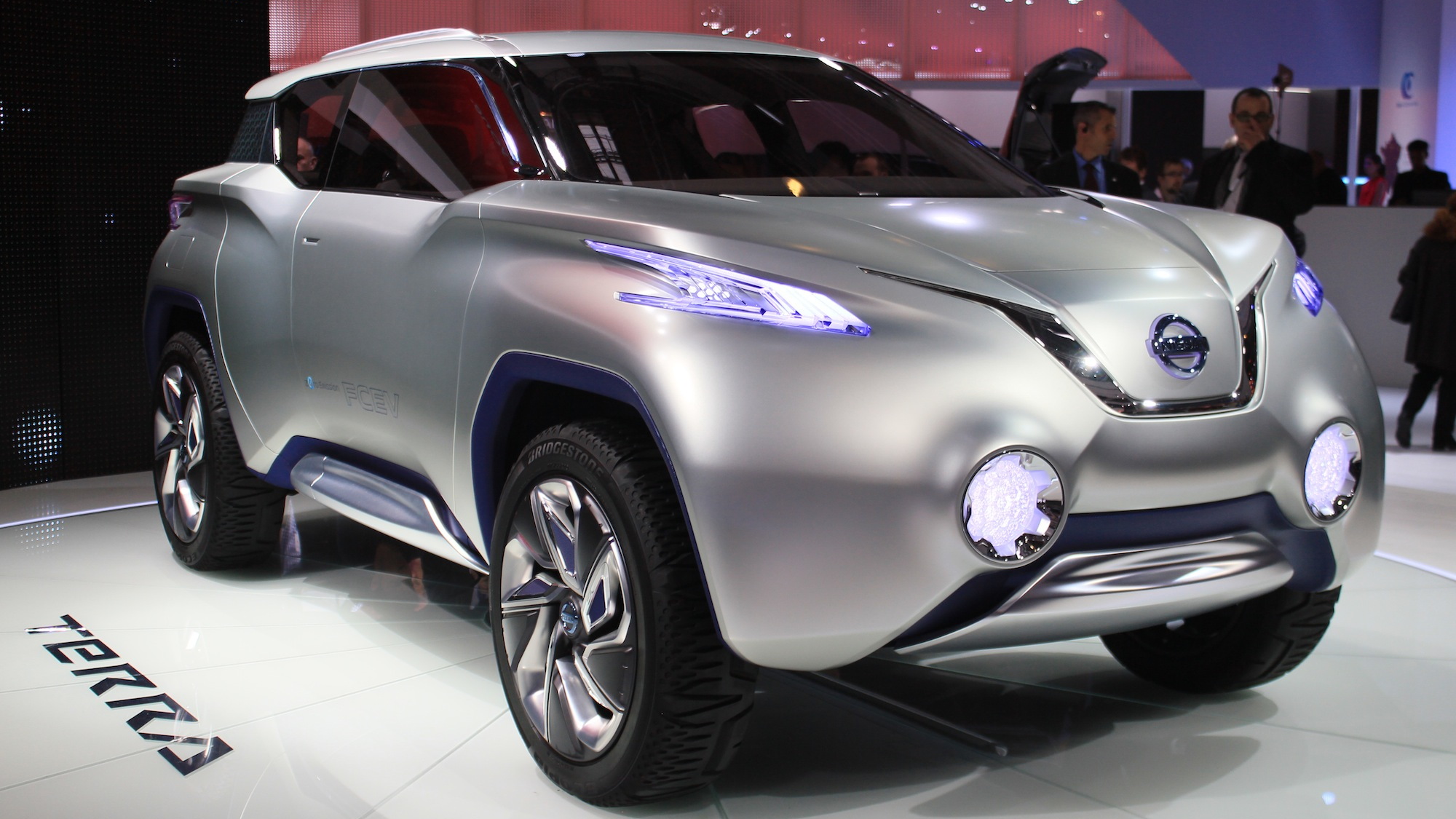 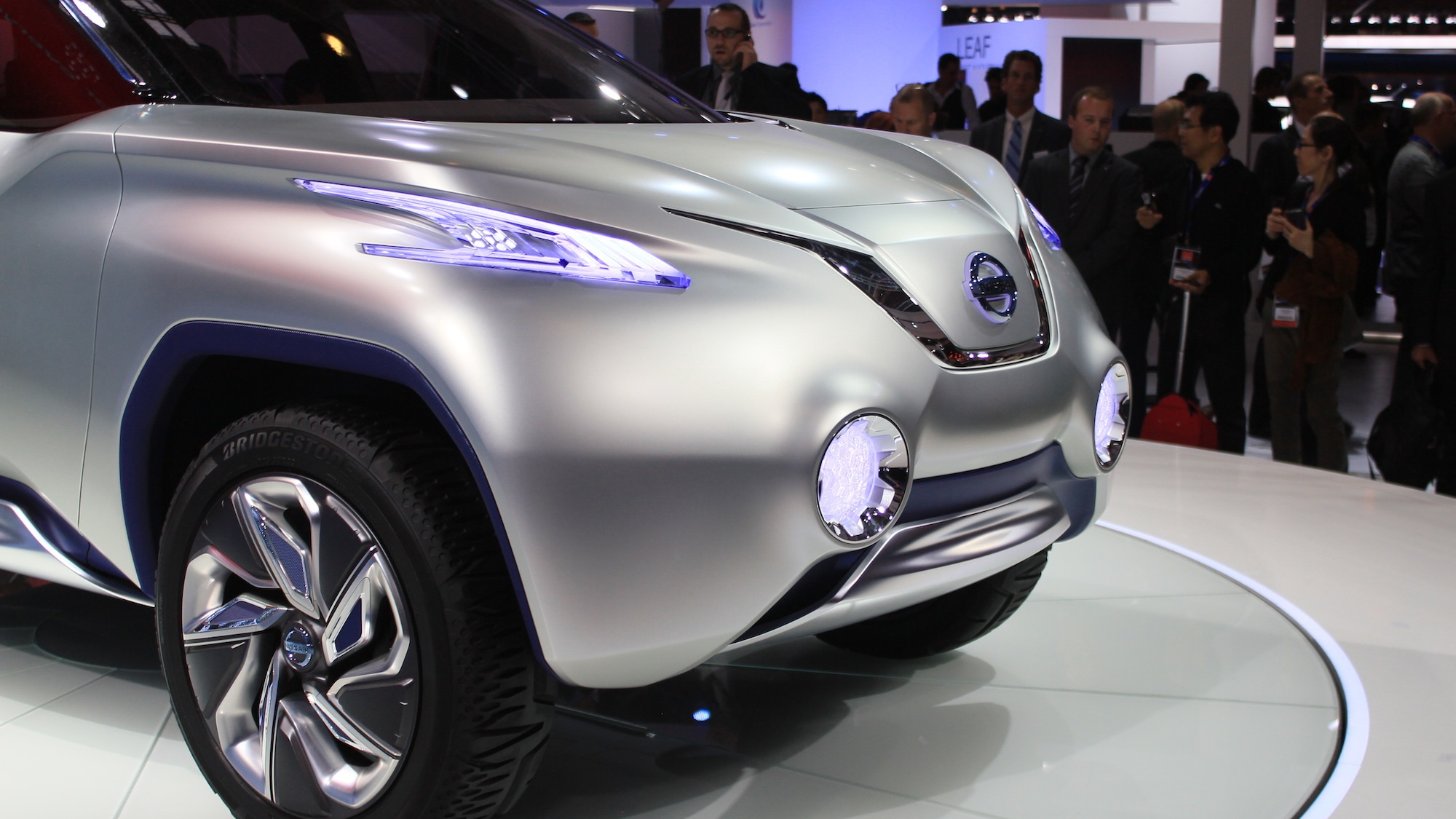 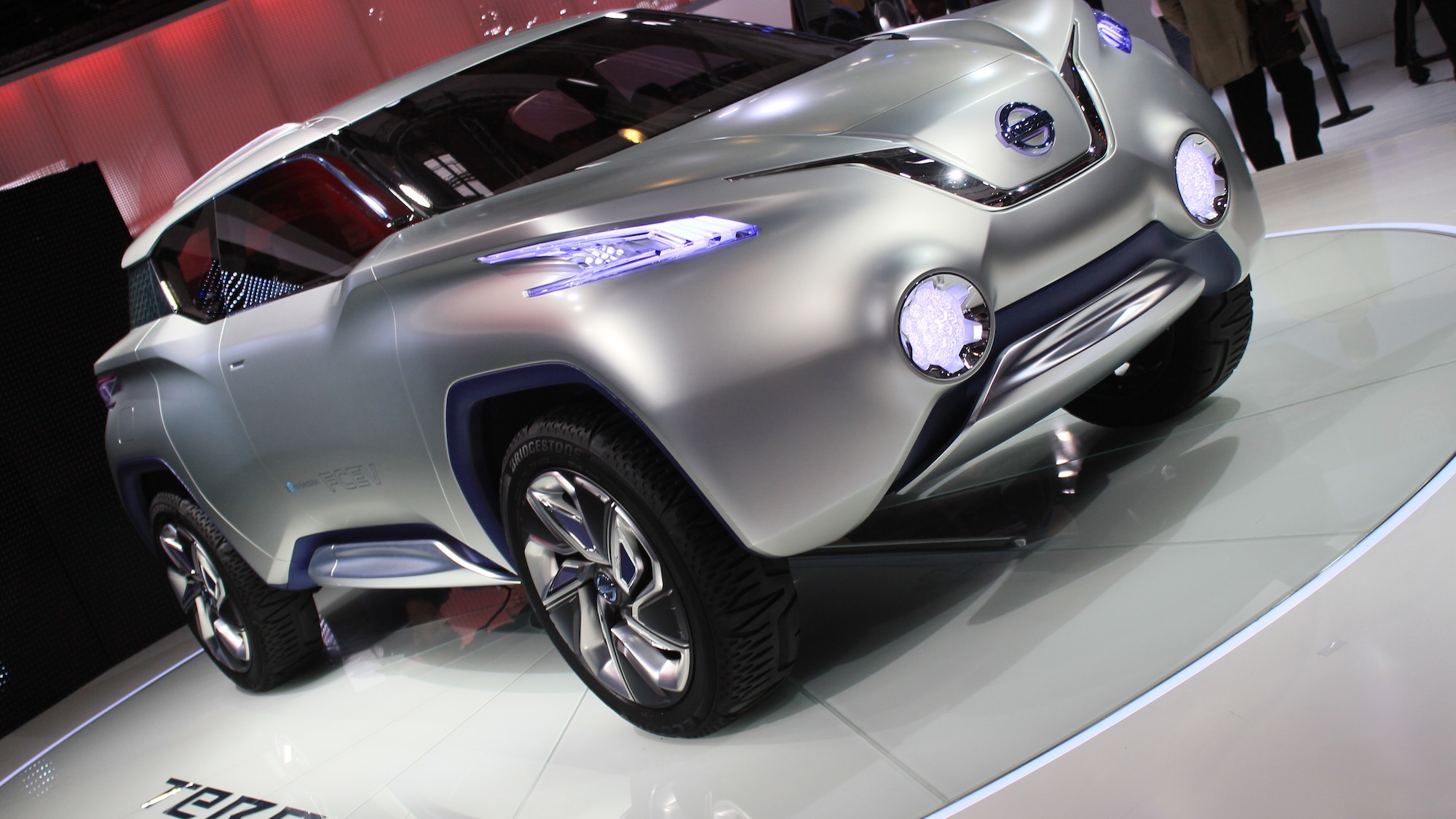 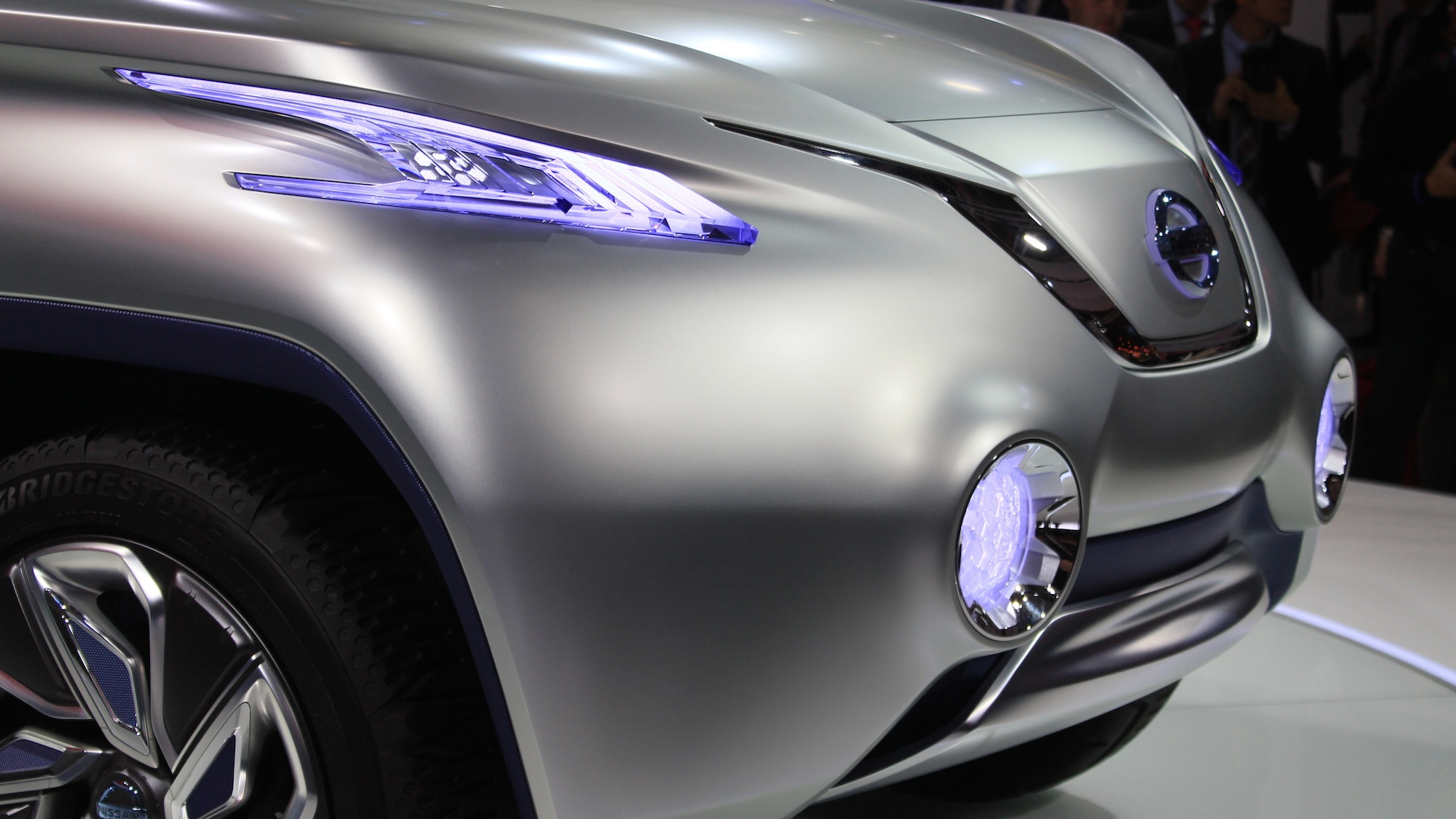 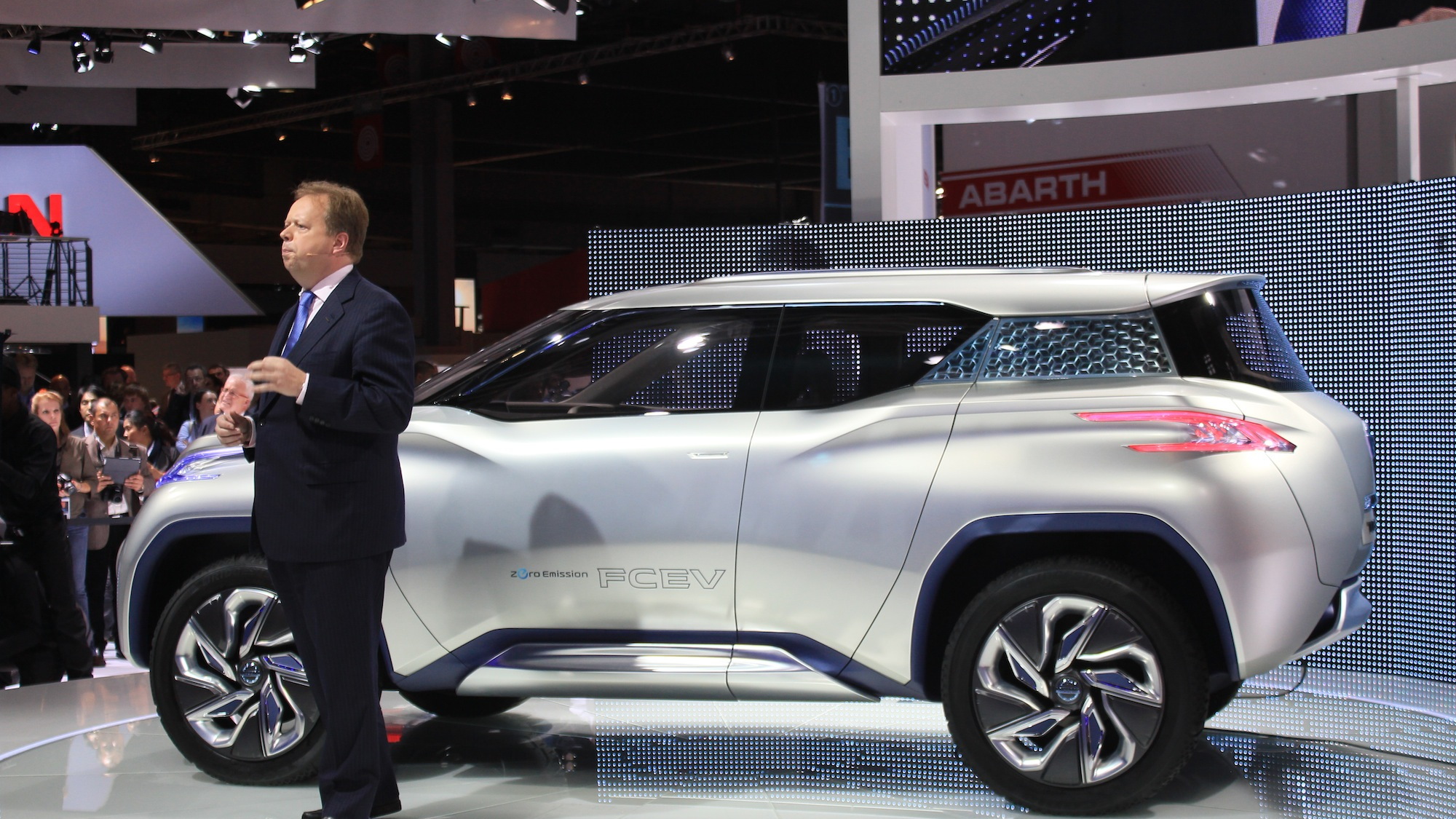 10
photos
One of the more daring concepts at this week’s 2012 Paris Auto Show is the Nissan Terra SUV, which is said to be a preview of Nissan’s future SUV and crossover models. We can certainly see some of the styling influencing models like the next-generation Murano, though its powertrain is a completely different story.

The latest in a series of Nissan fuel cells since 1996, this particular stack costs just one-sixth of its 2005 predecessor as the need for expensive precious metals in its construction, namely platinum, has been slashed to one-quarter of the previous level.

Other future-looking features of the Terra include its dramatic styling, renewable materials in its construction, and its removable tablet PC that's used to controls all functions of the vehicle and even serves as its key.

After looking at our live photo gallery of the Nissan Terra concept, be sure to read our full preview here.