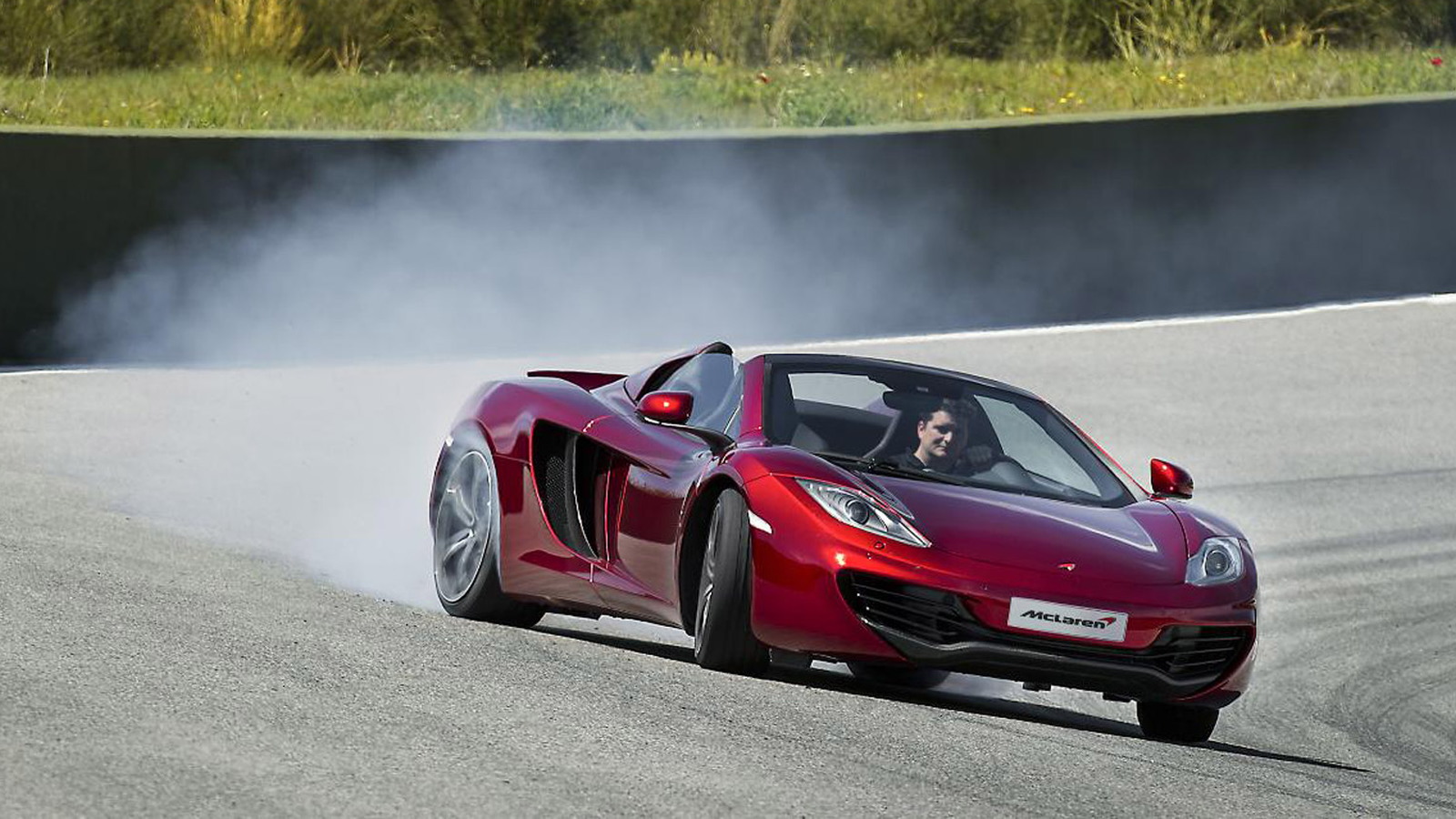 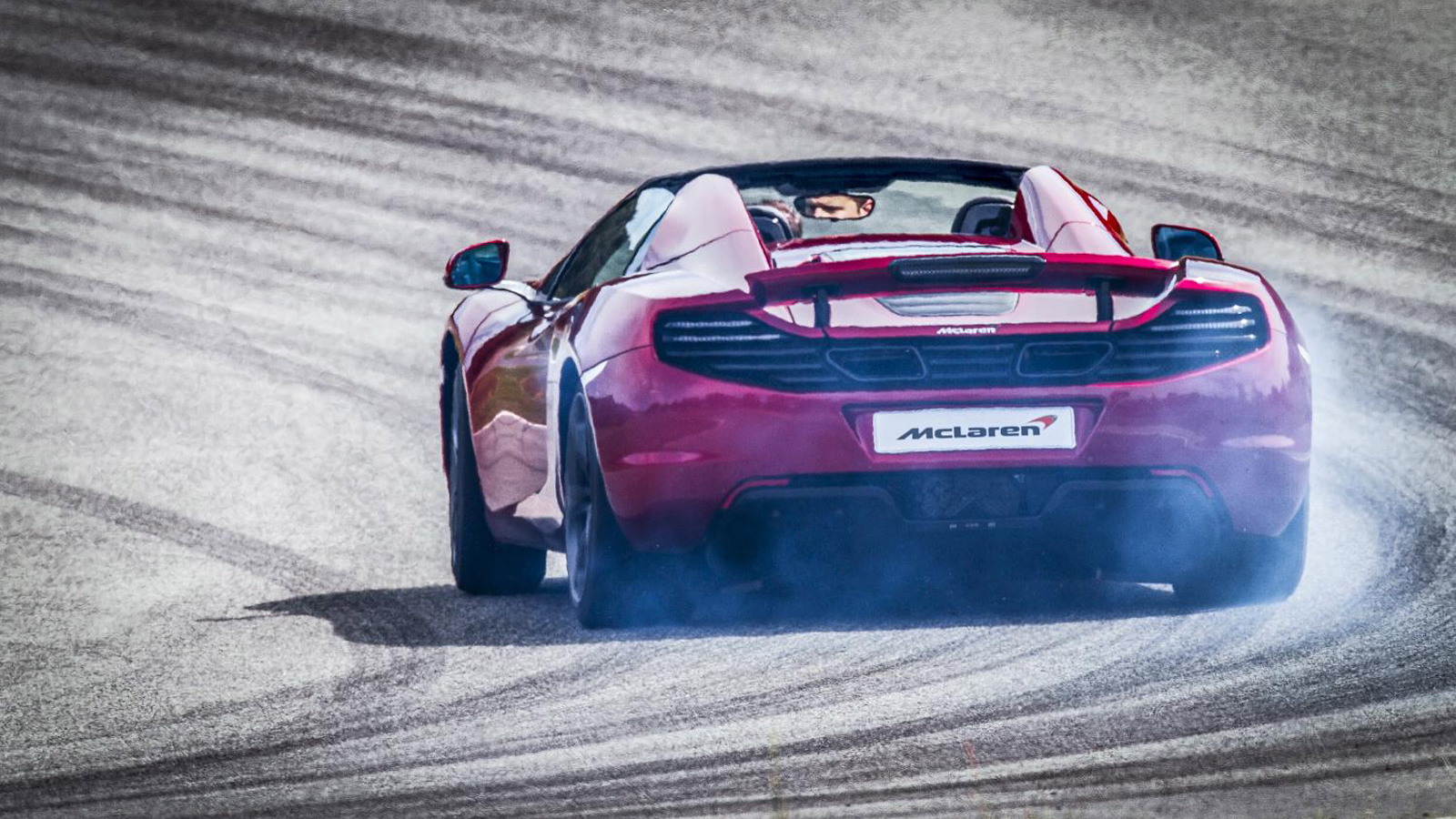 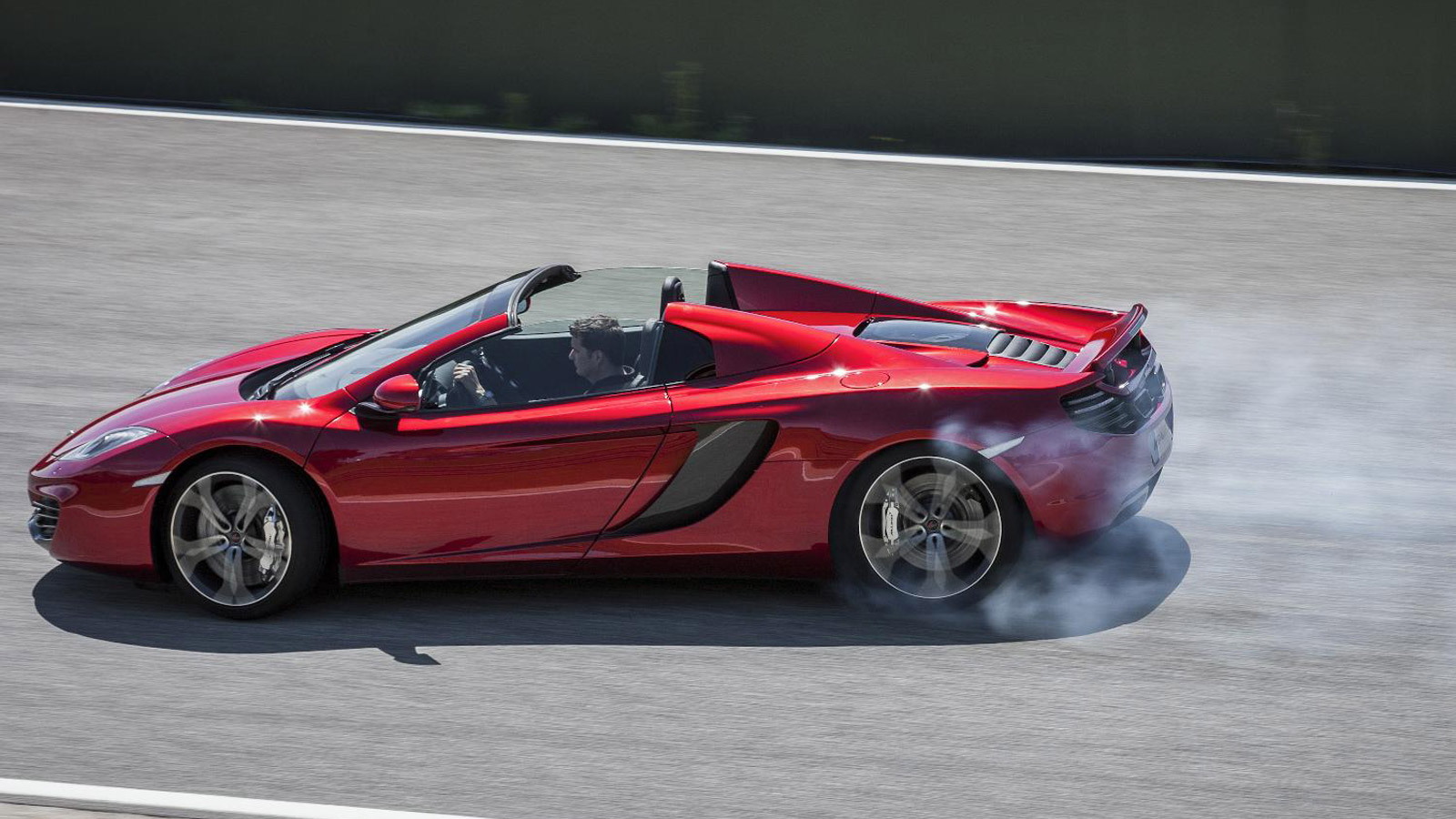 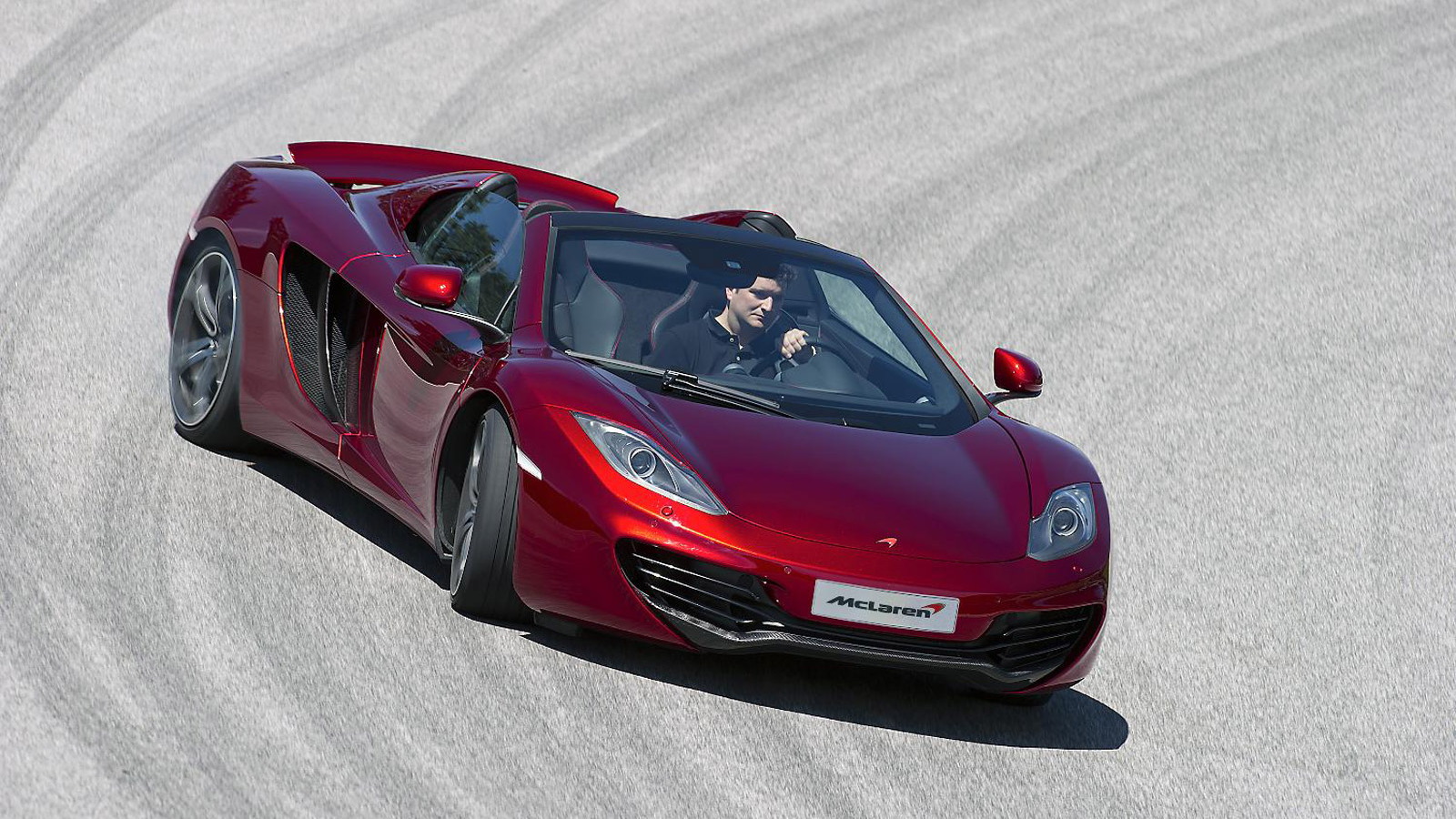 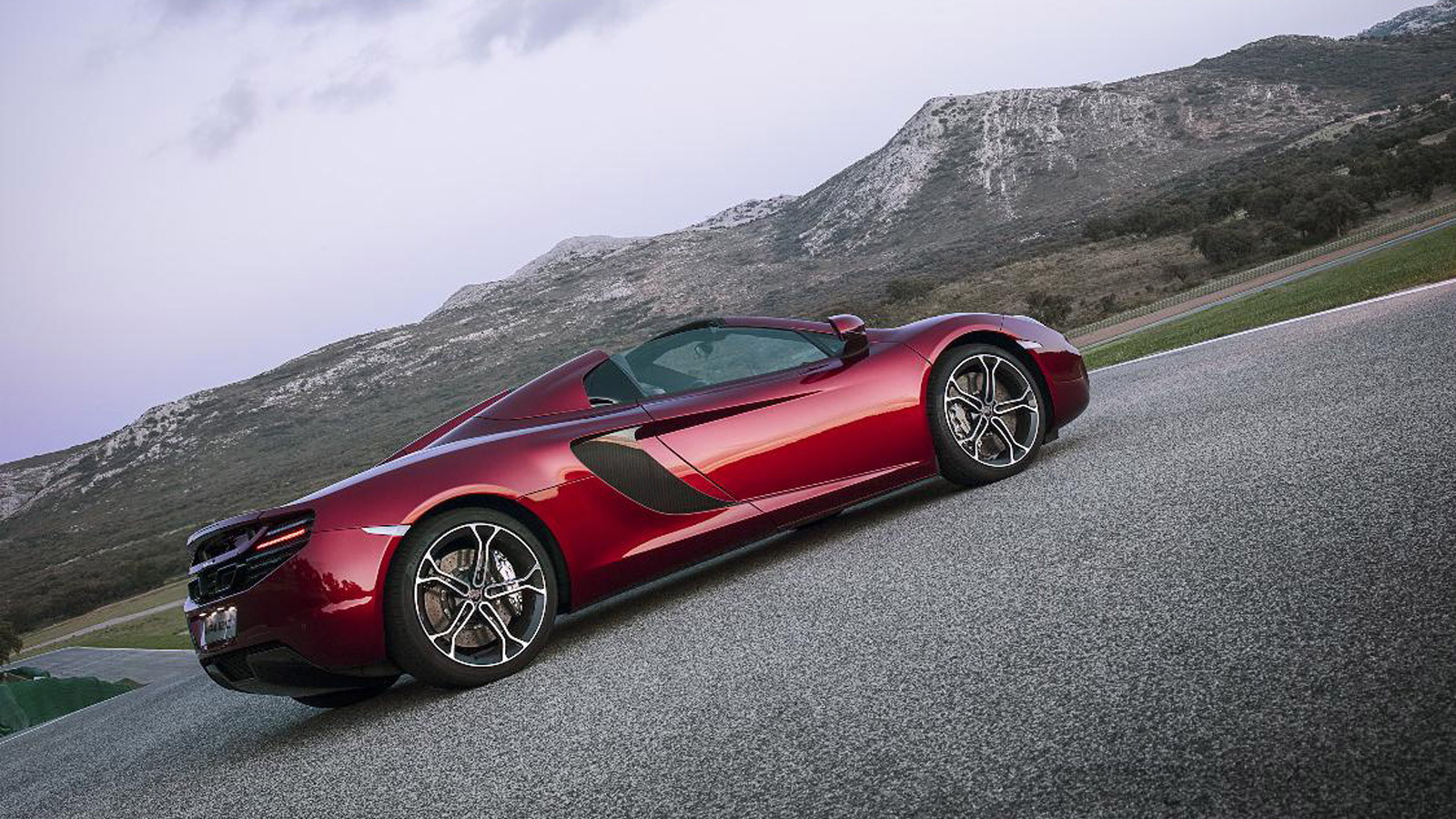 At McLaren, the focus now is on the successful launch of the brand’s successor to the legendary F1 supercar, the new P1, which will be previewed in concept form tomorrow at the 2012 Paris Auto Show. However, the British performance brand  has another new model, the MP4-12C Spider, which was first shown at the 2012 Pebble Beach Concours d’Elegance and should be hitting showrooms soon.

Jay Leno, an owner of the regular MP4-12C coupe, was at Pebble Beach to see the new Spider version and was fortunate enough to meet McLaren design director Frank Stephenson who pointed out a number of the car's features.

As Stephenson points out, no additional strengthening was required for the 12C Spider. The result is a sports car almost identical to its fixed roof equivalent, and weighing only 88 pounds more with the addition of a convertible option. Overall weight with all fluids on board comes in at around 3,200 pounds.

After checking out the 12C Spider, the guys head over to inspect the 12C Cam-Am Edition Racing Concept, which Stephenson says is close to reaching production as a dedicated track car for customers interesting in taking the 12C racing.

Testament to McLaren’s engineering prowess, even extreme vehicles like the 12C Cam-Am race concept feature a stock engine. We’re of course talking about the twin-turbocharged 3.8-liter V-8 developed by McLaren together with fellow Brit firm Riccardo. In its latest specification it develops a peak 616 horsepower and 442 pound-feet of torque, which is all the more impressive when you consider the engine escapes a gas guzzler tax.