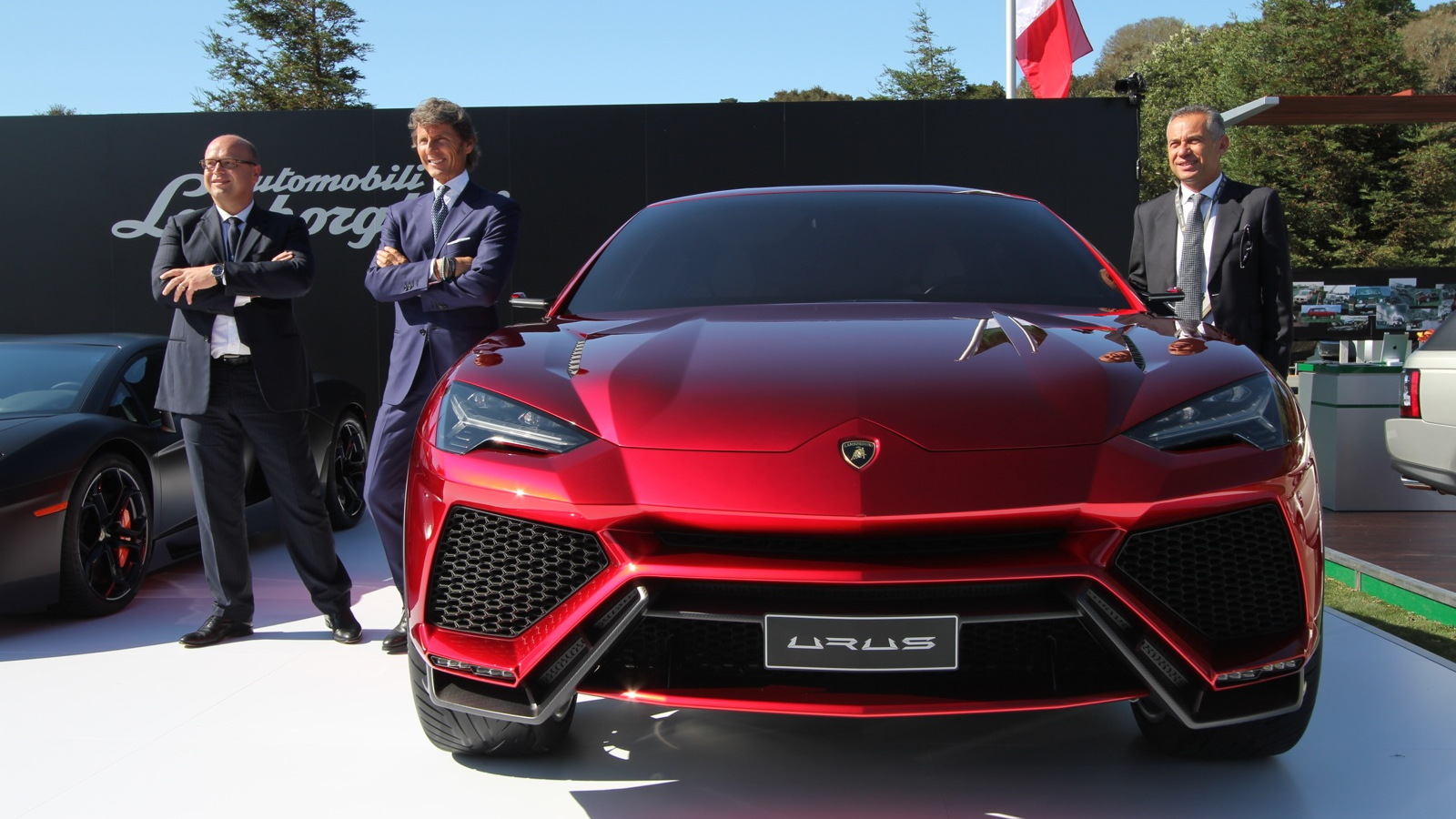 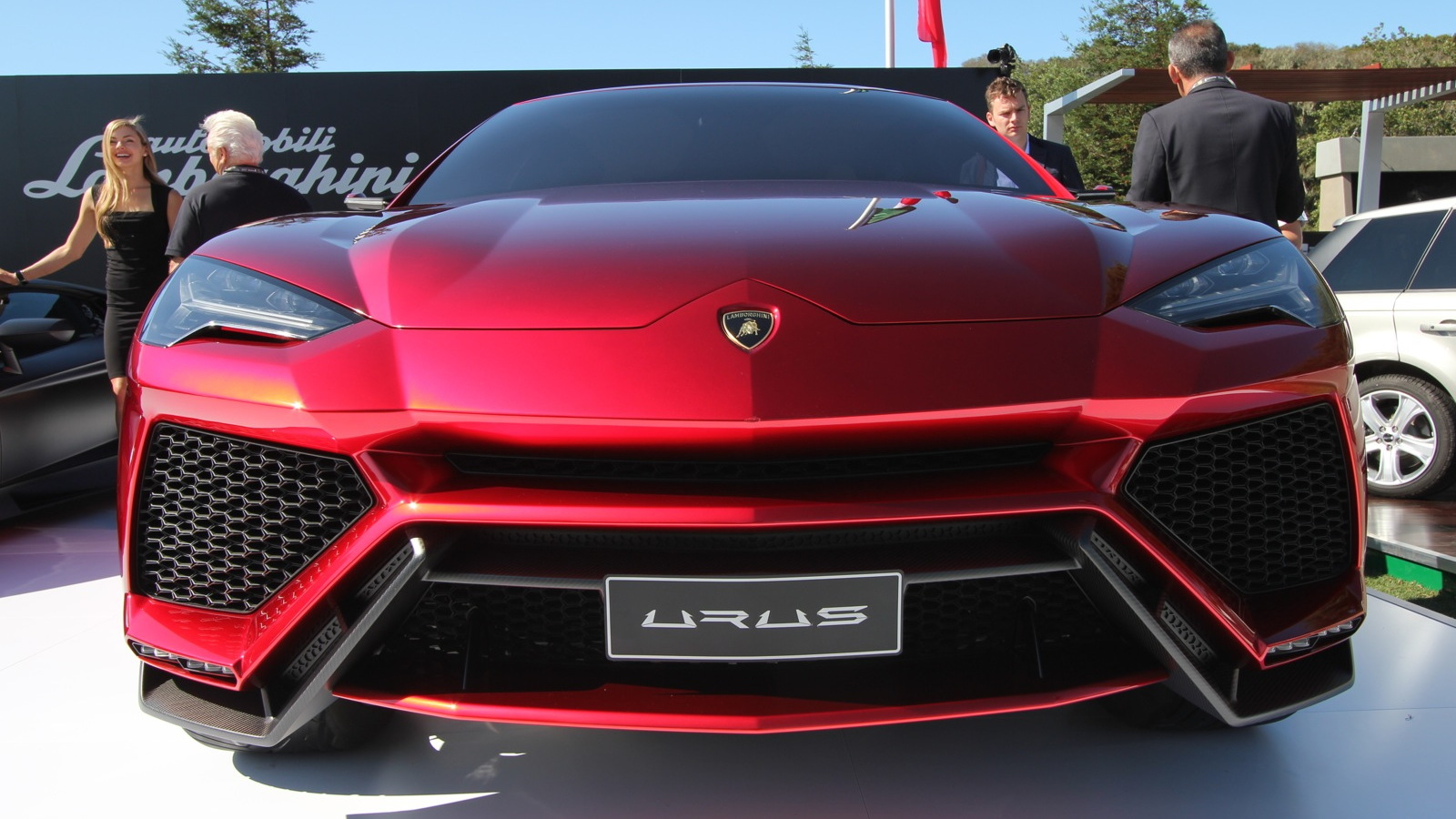 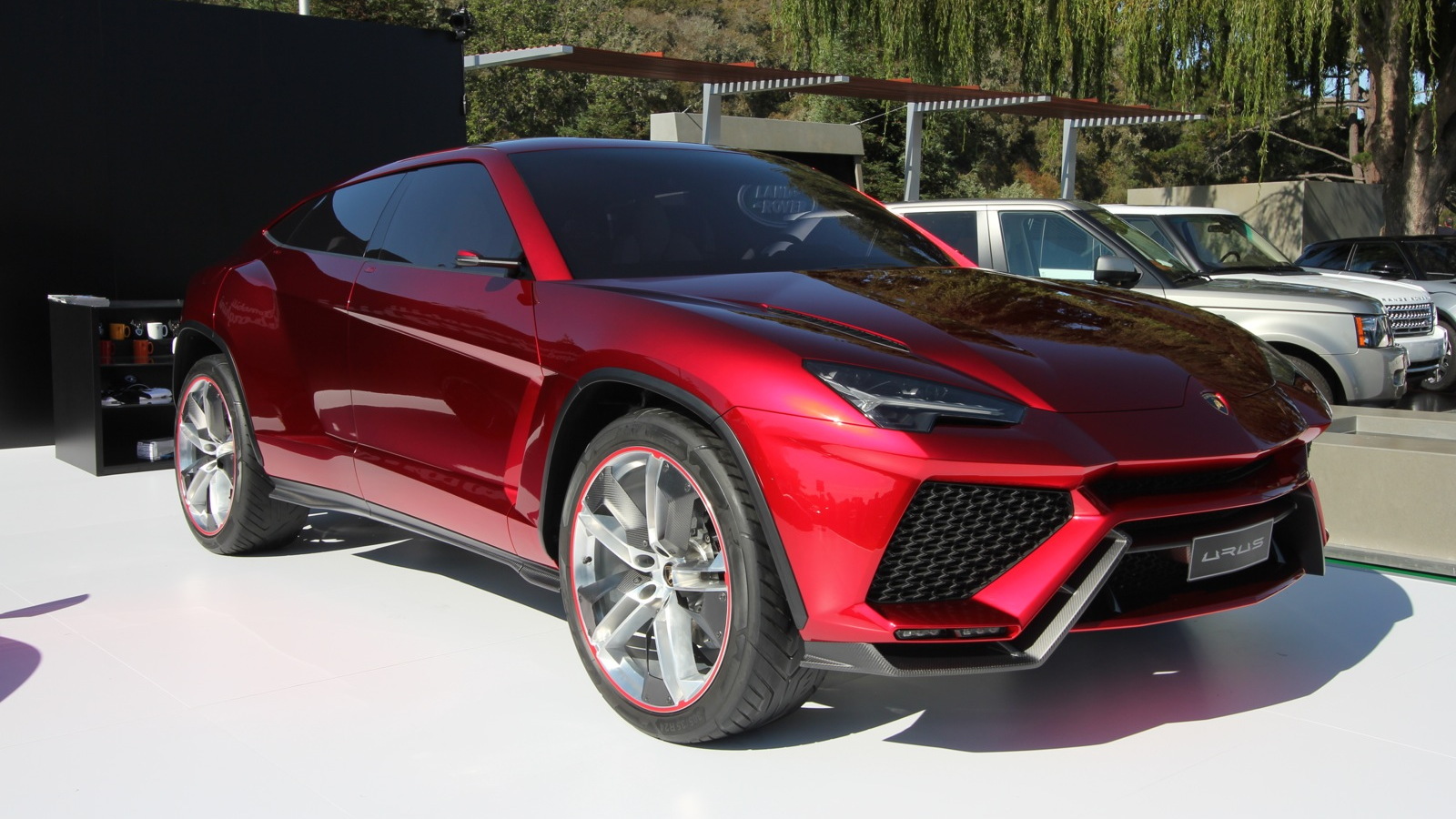 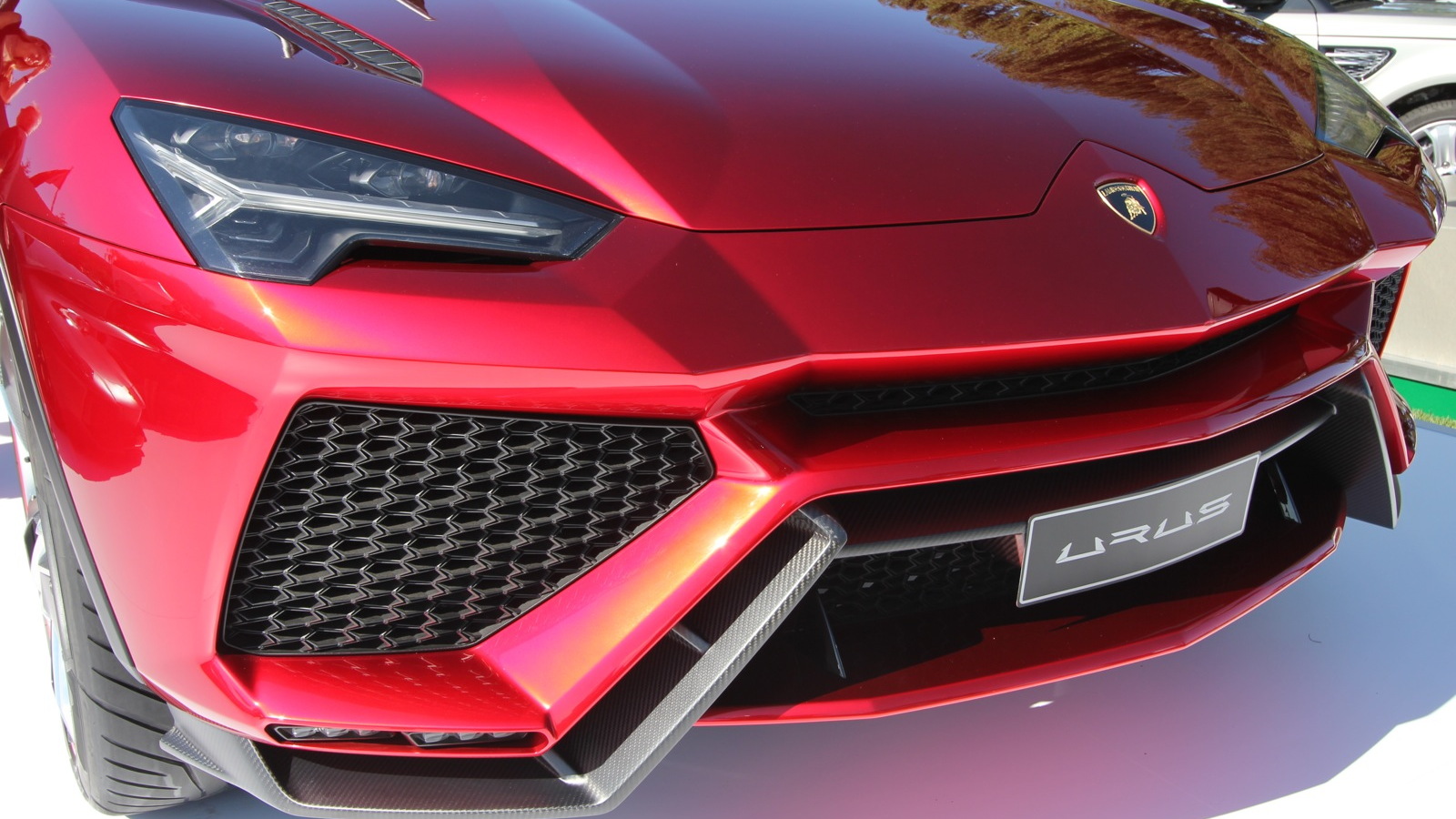 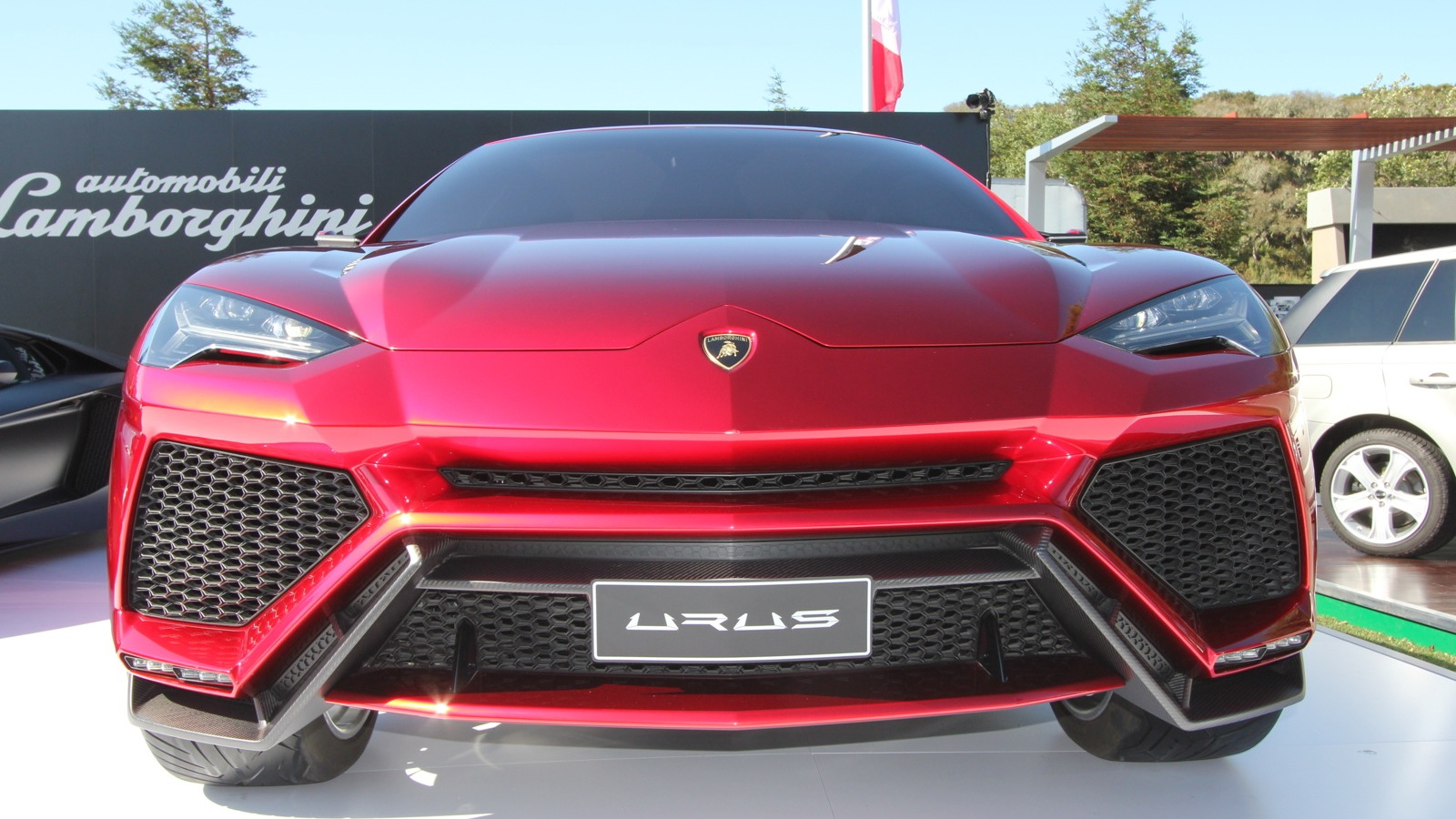 Still fresh from its world debut at the 2012 Beijing Auto Show this spring, Lamborghini’s Urus SUV concept made a first pass at a slew of likely American buyers this weekend at its first U.S. showing, at The Quail 2012.

The Urus is the brand's first SUV concept since the LM002 of the late 1980s, and it's on a fast track to production, if the advanced state of the concept itself is any indication.

The production version of the Urus isn't likely to be on sale before 2016, though. It's a member of a new family of SUVs being developed by various members of the Volkswagen Group from some common architectural components. The first vehicle from the new family will be the next Audi Q7, which is expected to be shown as a concept sometime in 2013.

The unibody architecture also will spawn replacements for the relatively new Porsche Cayenne and Volkswagen Touareg, as well as a new SUV for Bentley, which was displayed at the Geneva Motor Show in concept form.

In production, the new Lamborghini SUV will likely carry a pricetag north of $170,000, and will be the most extreme performer in its class. It's also expected to make intensive use of lightweight materials, a hallmark for the brand from its latest Aventador exotic to the limited-run, carbon-fiber Sesto Elemento shown next to the Urus at The Quail 2012. Only 20 copies of the Sesto Elemento will be built, as the company develops a new skill set with the material.

The Urus concept doesn't have a defined powertrain, but in production it could use a variant of a powertrain found in other related vehicles--perhaps a version of the new turbocharged 4.0-liter V-8 found in the latest Audi and Bentley vehicles.

Key markets for the Lamborghini SUV will include China and Russia as well as the U.S.