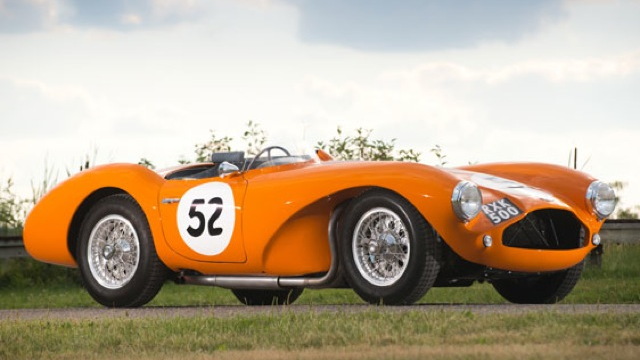 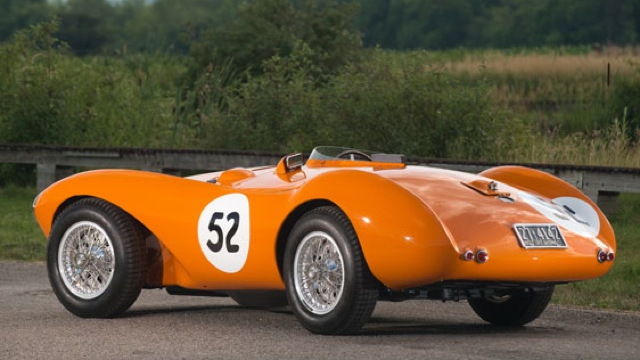 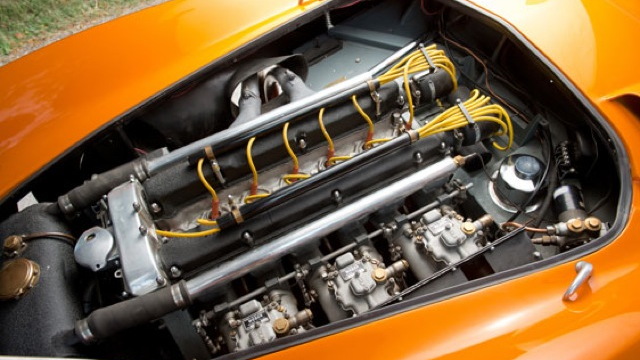 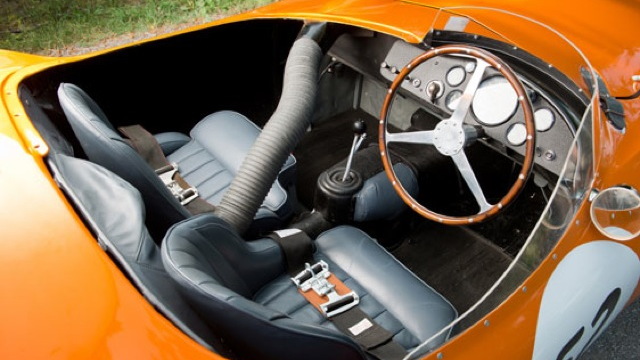 4
photos
In the 1950s, Aston Martin desperately wanted to prove itself in international sports car competition. While its DB2 was successful at Le Mans in-class, an overall victory continued to elude the British manufacturer.

In 1952, Aston Martin launched its DB3 racer, with the primary goal of finishing first at Le Mans. The original DB3 turned out to be too fragile and too heavy, so in 1953 Aston Martin debuted the DB3S.

By 1955, the DB3S was winning races at tracks like Silverstone and venues like the Goodwood Nine Hours. It finished second overall at Le Mans in 1955, a feat the car duplicated in 1956. Factory racing success created demand from privateer customers, and Aston began producing DB3S models for sale in 1955.

Chassis 118, which TeamSpeed says will be sold by RM Auctions in Monterey, was originally delivered to Dutch racer Hans Davids. Sprayed in “Dutch Racing Orange,” the car was campaigned by Davids only during the 1956 season, racking up a third place finish in its first race and a win at the final race of the 196 season.

Davids sold the car to an American, and the car has remained on this side of the Atlantic ever since. Purchased by its current owner in 1992, the car was sprayed in white with blue stripes and only recently returned to its original orange hue.

Only 20 privateer DB3S examples were built, and chassis 118 is considered to be among the most correct and original examples remaining. That’s reflected in the pre-auction price estimate, and RM Auctions expects the car to sell between $3.5 and $4 million.