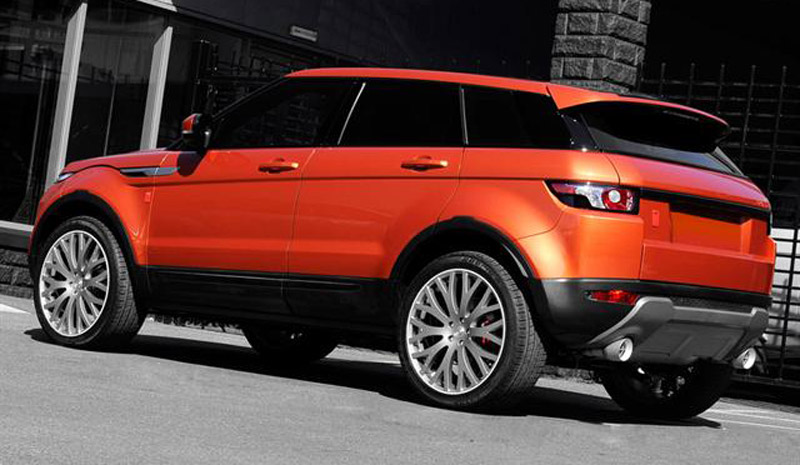 The Range Rover Evoque from Land Rover has proven a hit with customers and the media alike thanks to its combination of good looks, reasonable pricing and brilliant dynamics.

But for vehicle customizers like A. Kahn Design, even a vehicle as faultless as the Range Rover Evoque can do with some improvement.

A. Kahn Design founder Afzal Kahn received much acclaim for fashioning his first Range Rover Evoque late last year, a matte gray take of the model which has already been duly replicated.

Kahn has now developed one of his trademark ‘Vesuvius’ packages for the compact Range Rover and has just launched it for sale.

Some of the upgrades include matte gray elements throughout, including on the bumpers, rear diffuser and side vents, as well as carbon fiber trim, aluminum pedals and stainless steel door sills.

Performance modifications include a lowered suspension and high-flow exhaust system, the latter coming with a unique crosshair design for the muffler tips. The wheels are Kahn’s own RSXF design and measure 21 inches in diameter.

Inside is a very bespoke touch: A. Kahn Design provides customers with the opportunity to express one’s individuality--and they can have whatever they want. A customer could, for example, design a vehicle with an exterior the color of their jeans and an interior with seats the same shade of their favorite t-shirt.

We happen to like the contrasting colors applied here, though we're sure A. Kahn Design’s clientele will be able to come up with much more diverse combos.