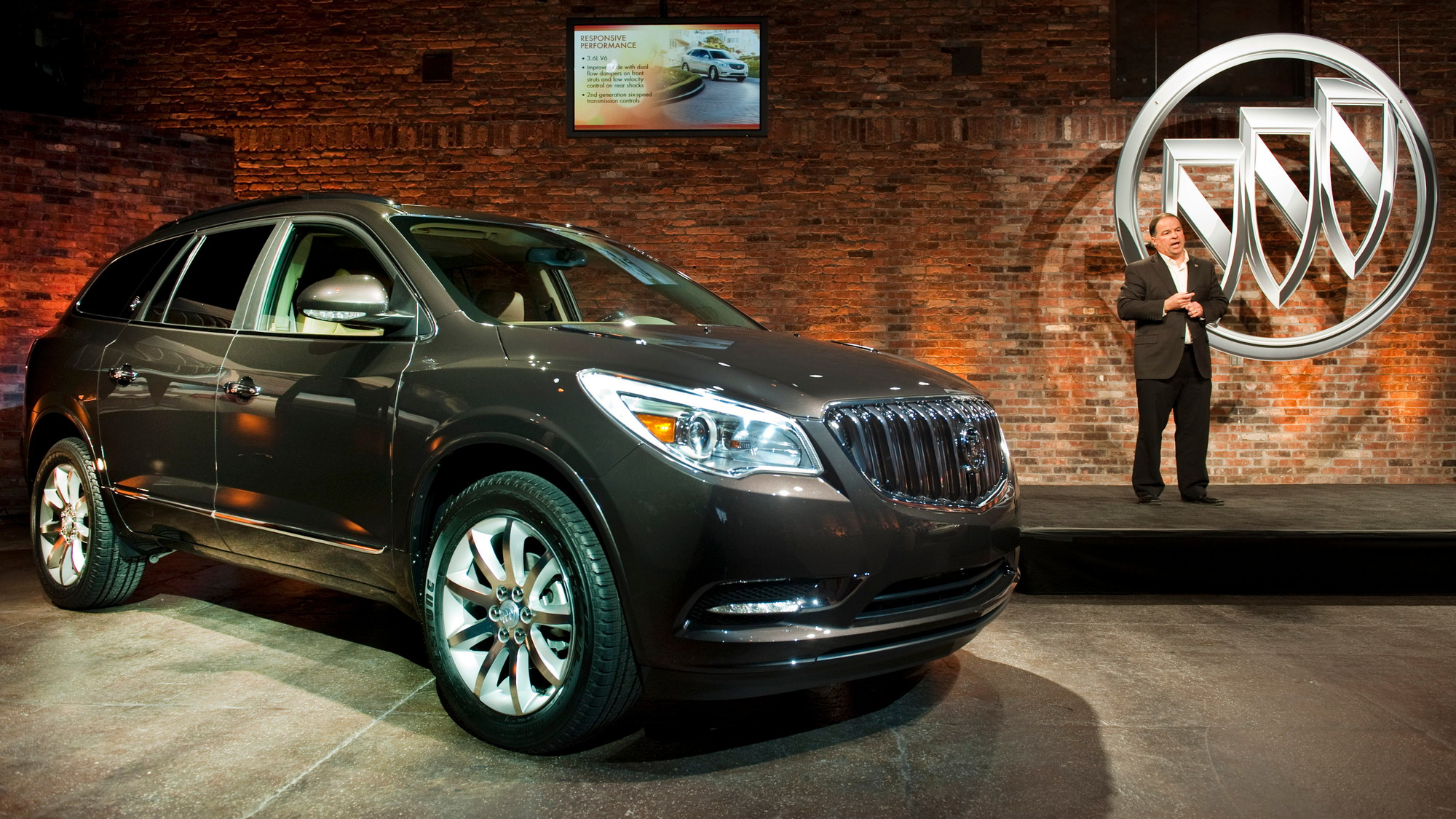 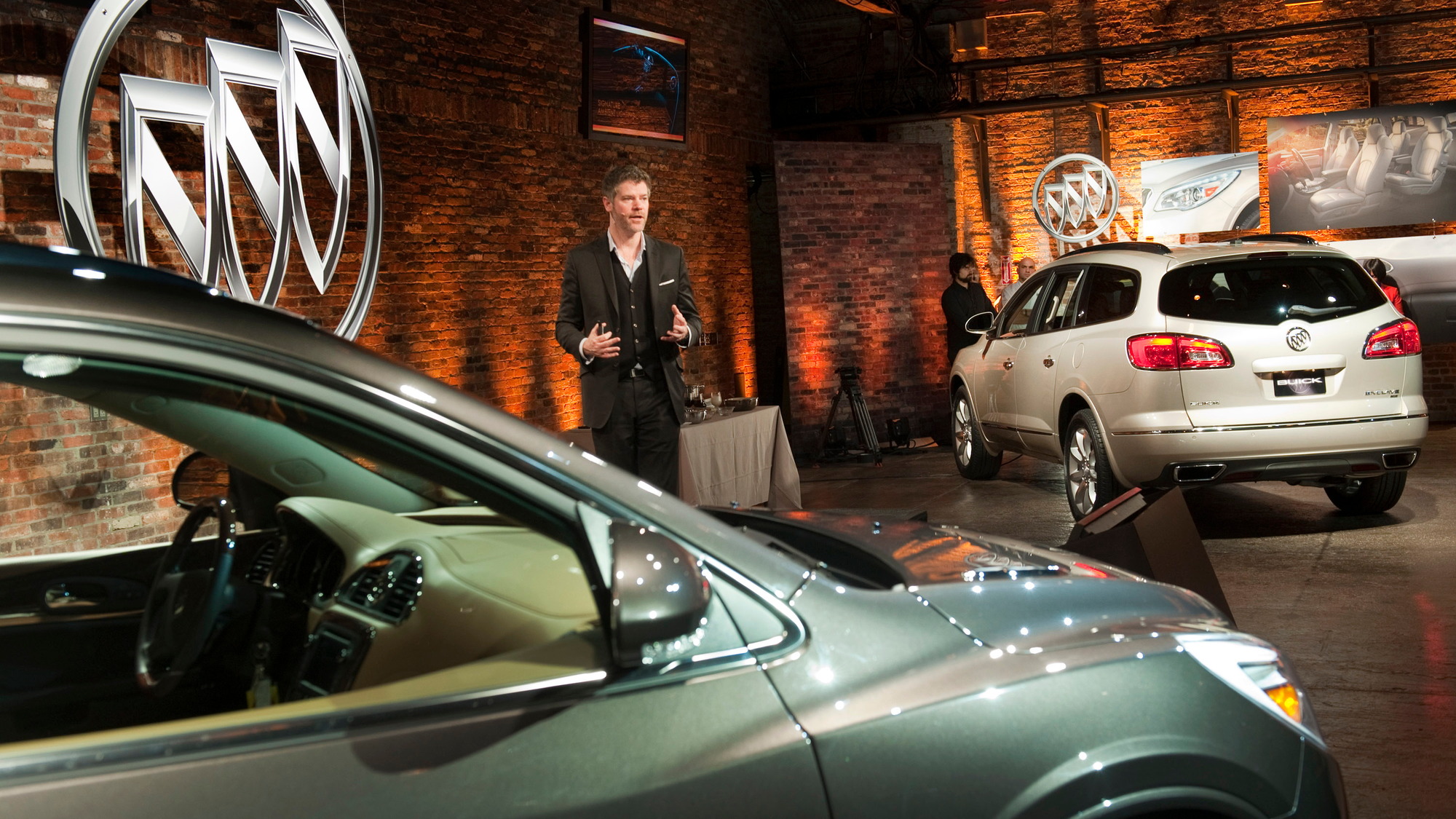 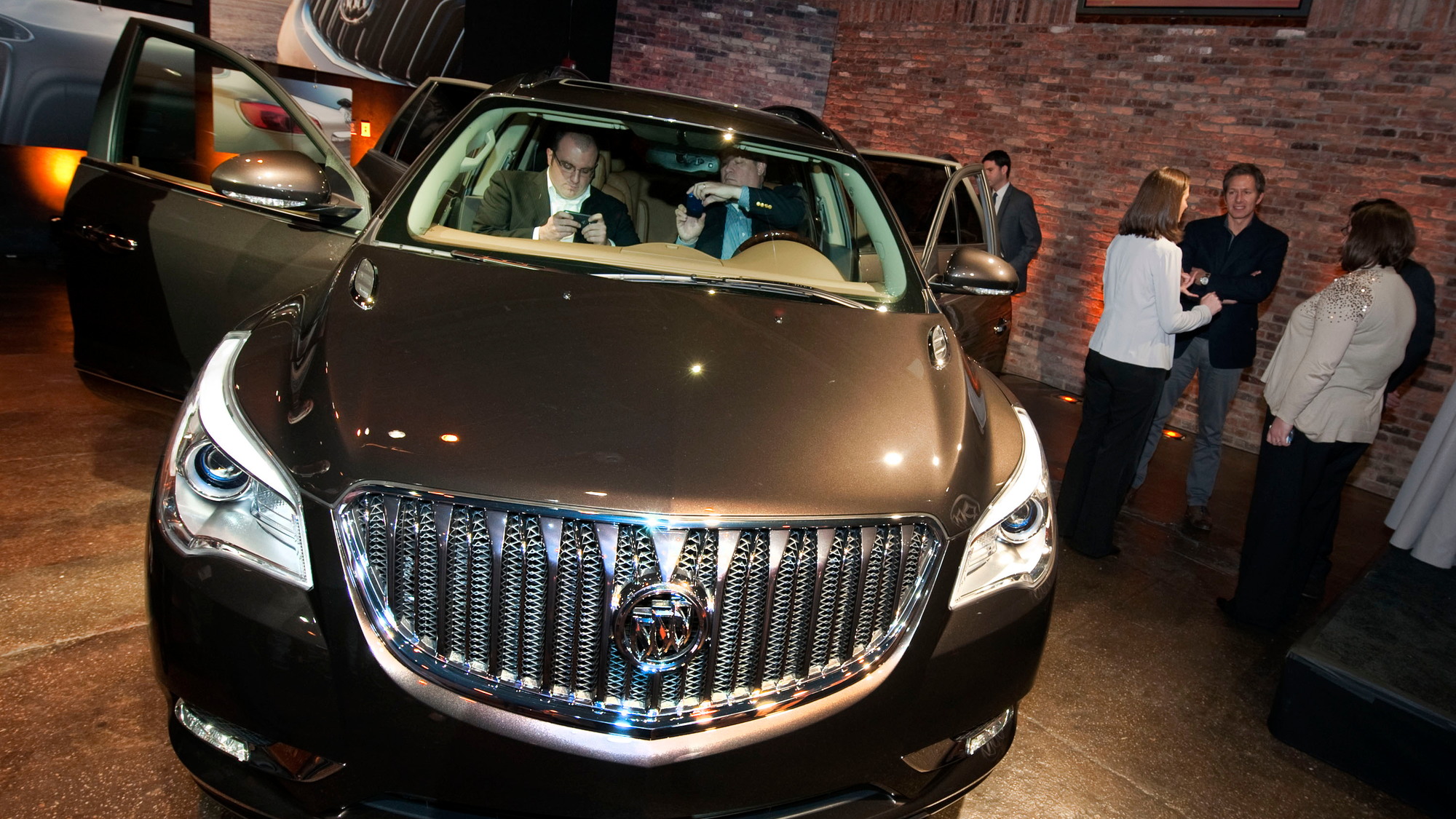 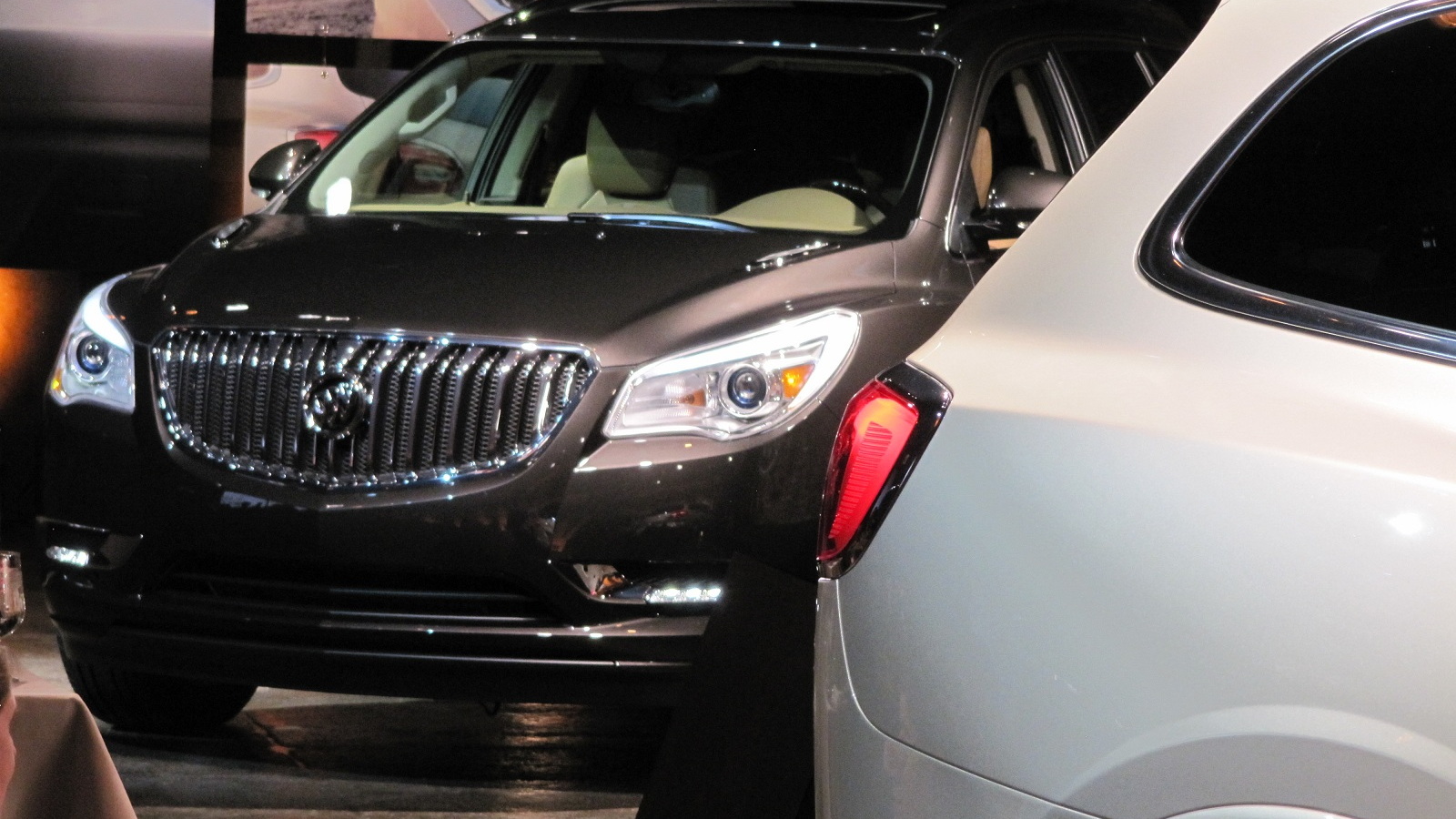 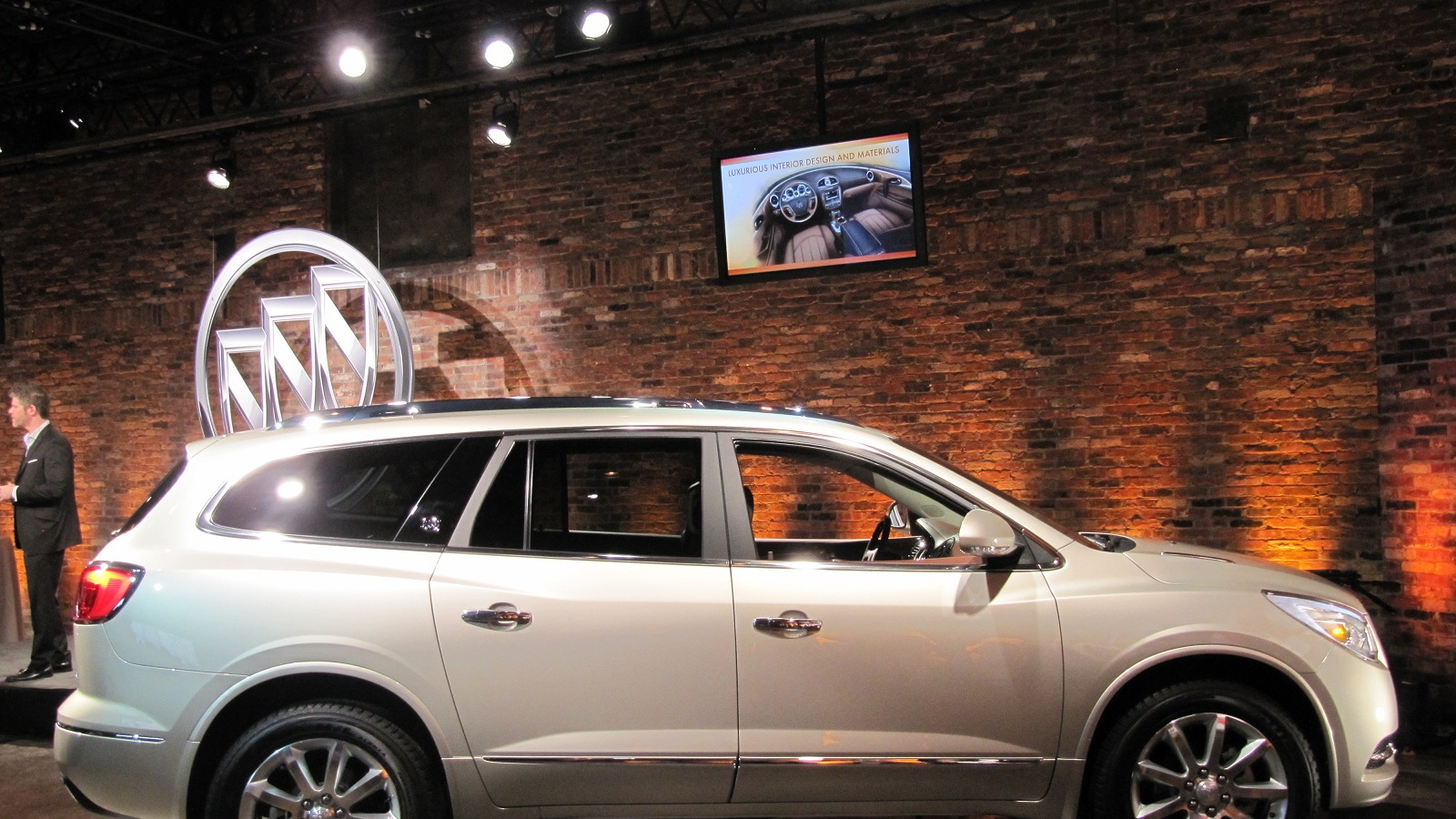 Think of Buick. Then think of fine food and wine pairings.

Do the two go together?

Buick hopes you think they do, and as part of an ongoing marketing initiative, it treats owners and potential buyers to invitation-only culinary and other cultural events.

So it was that at this morning's unveiling of the 2013 Buick Enclave crossover, a restyled and refreshed version of the brand's largest vehicle--and one that has brought many new buyers to Buick.

The Enclave was the first vehicle to represent the new face of Buick when it was launched back in 2007, and it has succeeded in attracting new owners to Buick.

Almost half of Enclave buyers are new to General Motors, said marketing manager Tony DeSalle, and its sales are continuing to grow. In fact, the 2011 model had the highest sales of the four years the Enclave has been on the market.

The new 2013 Enclave has restyled front bodywork, new rear lights, and a refined and updated interior.

It also comes standard with GM's new center airbag, which inflates in certain types of accidents to prevent front-seat passengers from banging into each other.

For full details on all the revisions and updates, see the full review of the 2013 Buick Enclave on our sister site, TheCarConnection.