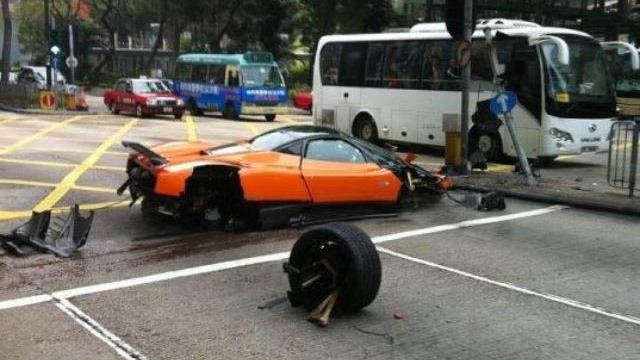 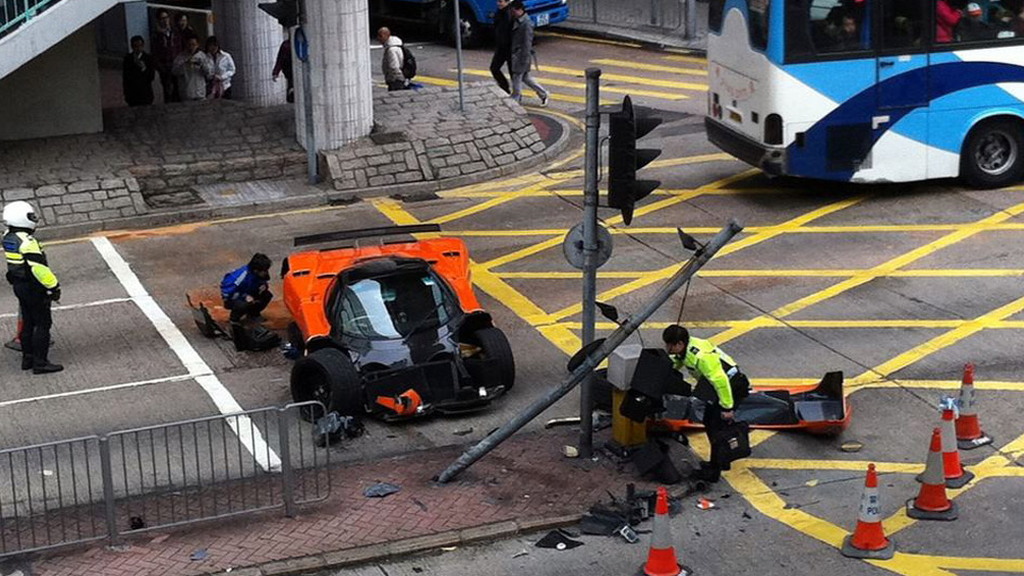 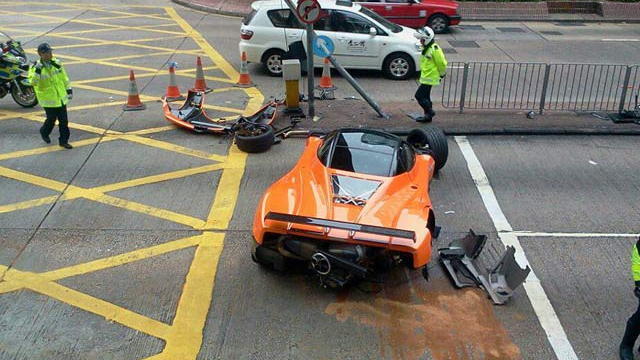 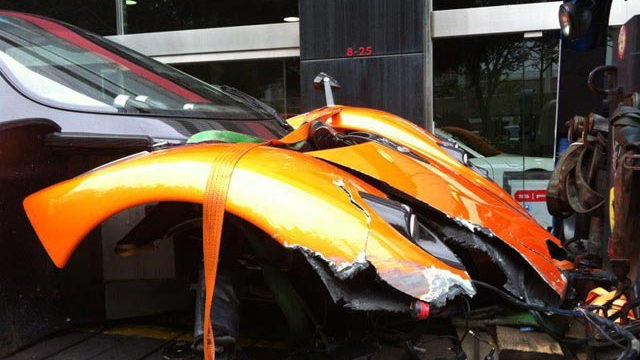 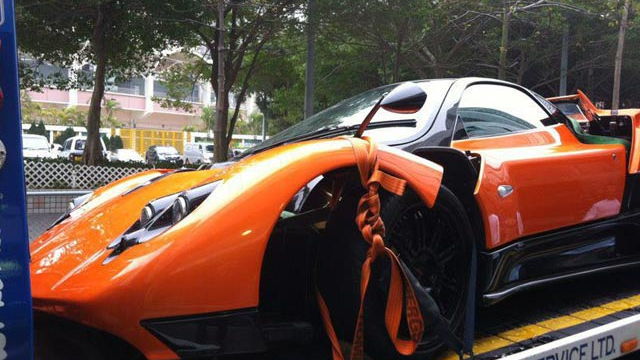 This has been a very bad week for supercars all around the globe. Only yesterday we brought you news of a Lamborghini Gallardo that caught fire in Portland, Oregon, as well as a Lamborghini Murcielago LP 670-4 SV that crashed in Indonesia.

And of course on Monday there was that Ferrari F430 that crashed in Malaysia.

Now we have the first images and details of a rare Pagani Zonda F that crashed on a busy street in Hong Kong earlier today.

No details have come in as yet but the driver must have been traveling at some speed for the car’s front-end to disintegrate like it has and the wheels to dislodge from their axles. There’s also significant damage at both ends of the car, though it appears the crash only involved a single vehicle and a traffic light post.

As Car Buzz points out, this is the second crash of a Pagani Zonda F in Hong Kong in recent times--the last one occurred almost exactly three years ago. And with only 25 examples ever built, we hope the owners of the remaining cars take better care of them as we’re unlikely to see a car like the Pagani Zonda F, or any Zonda for that matter, ever built again.

For more on the Zonda F, check out our review of the Clubsport here.