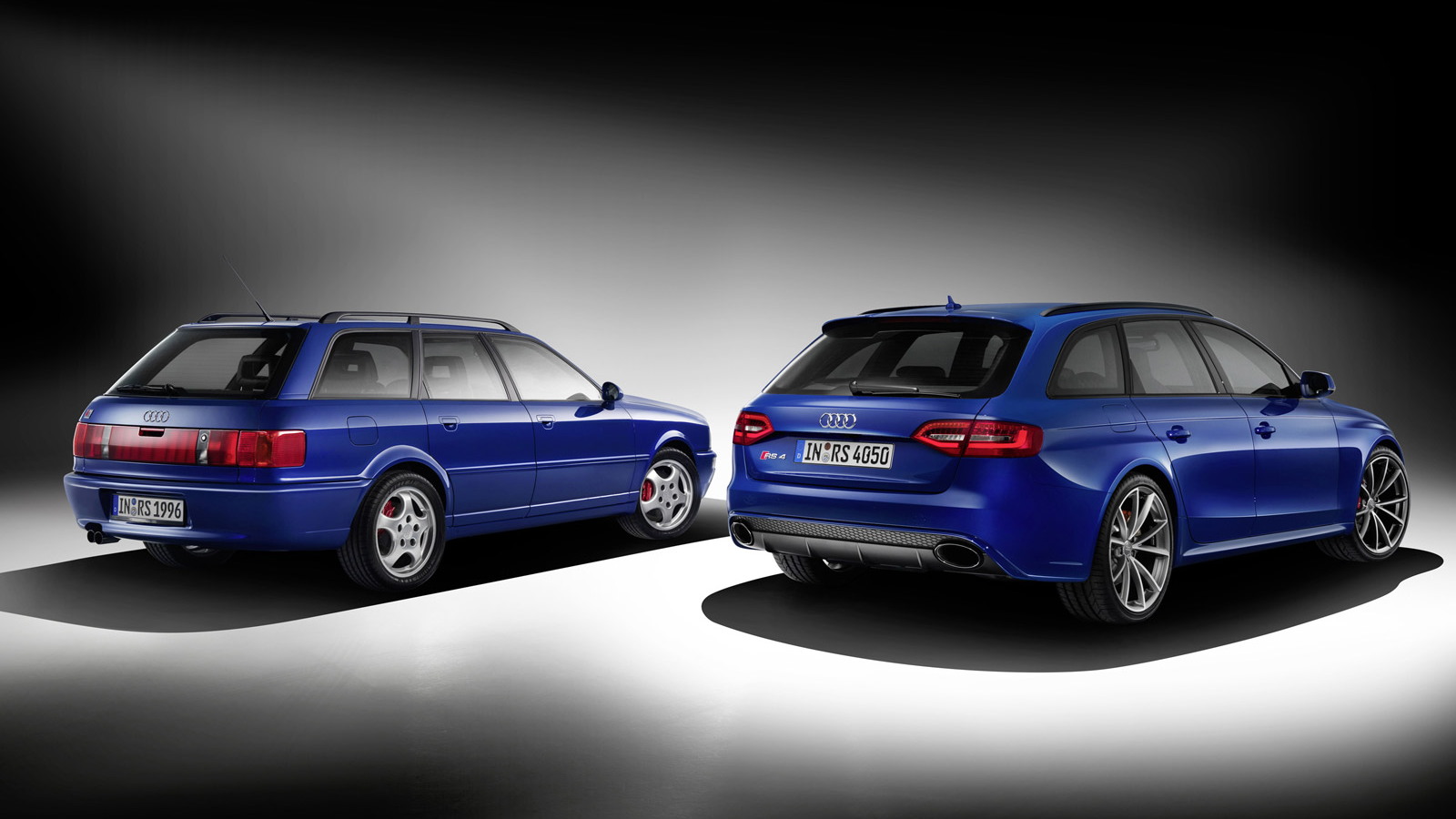 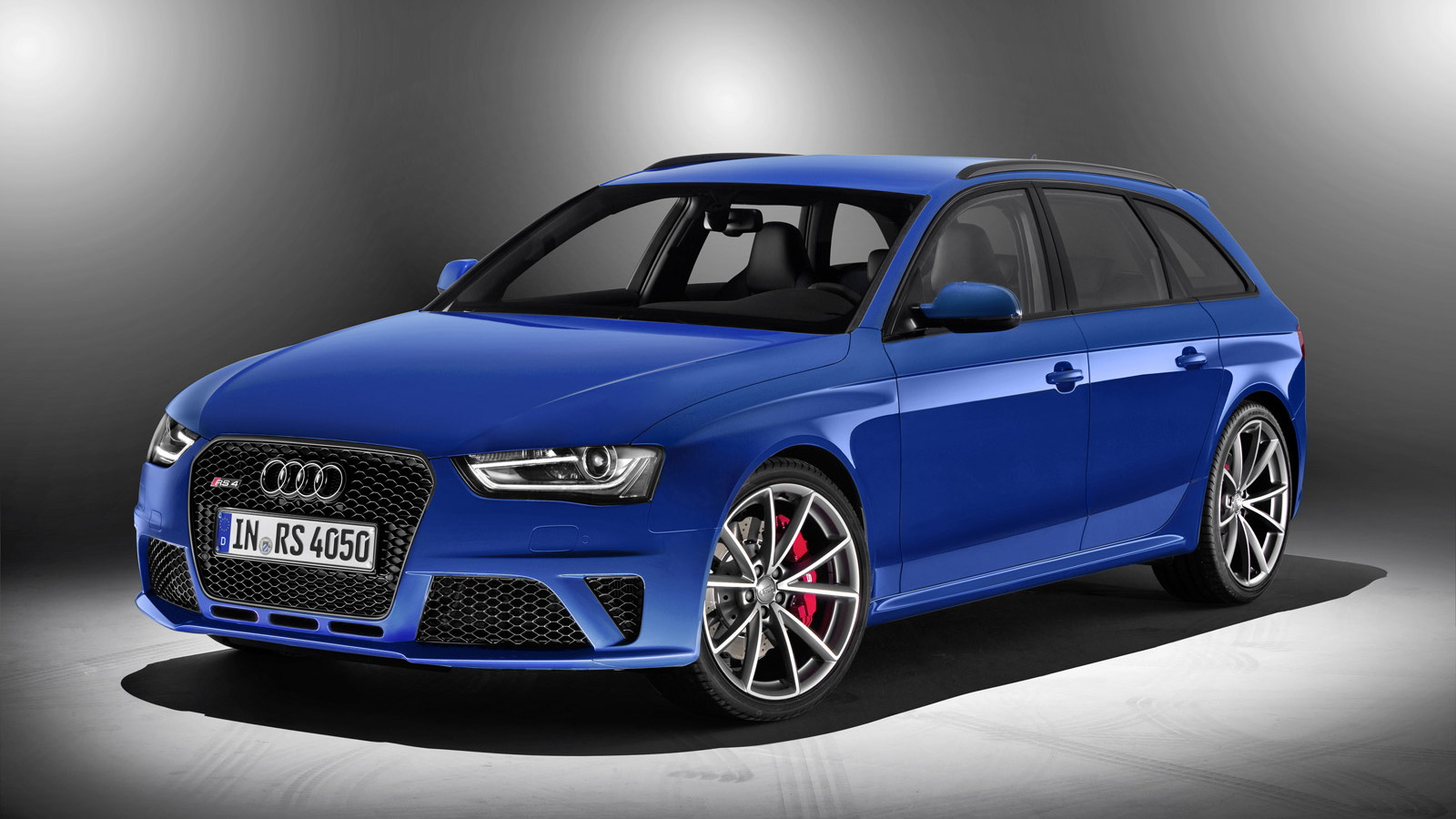 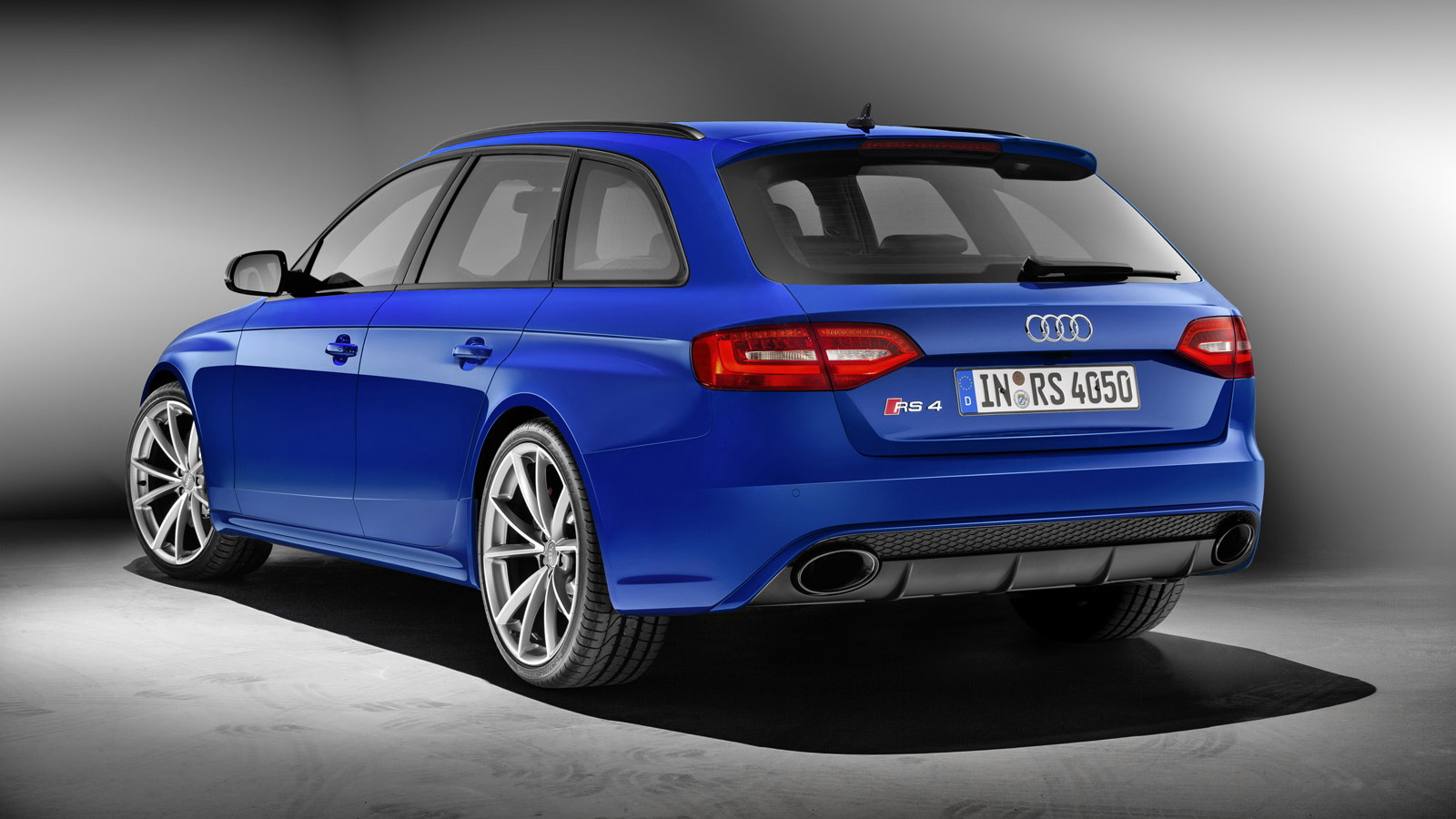 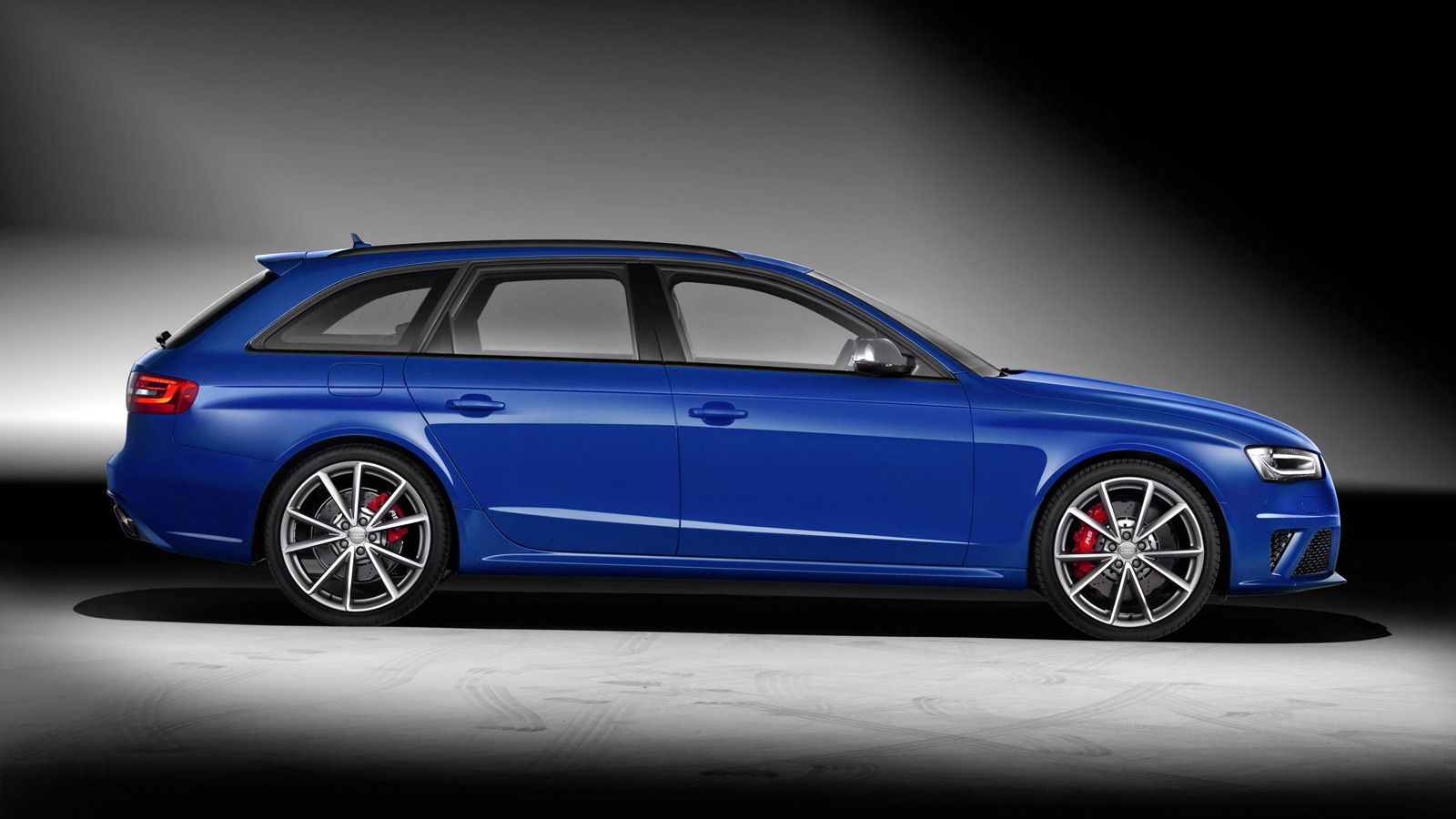 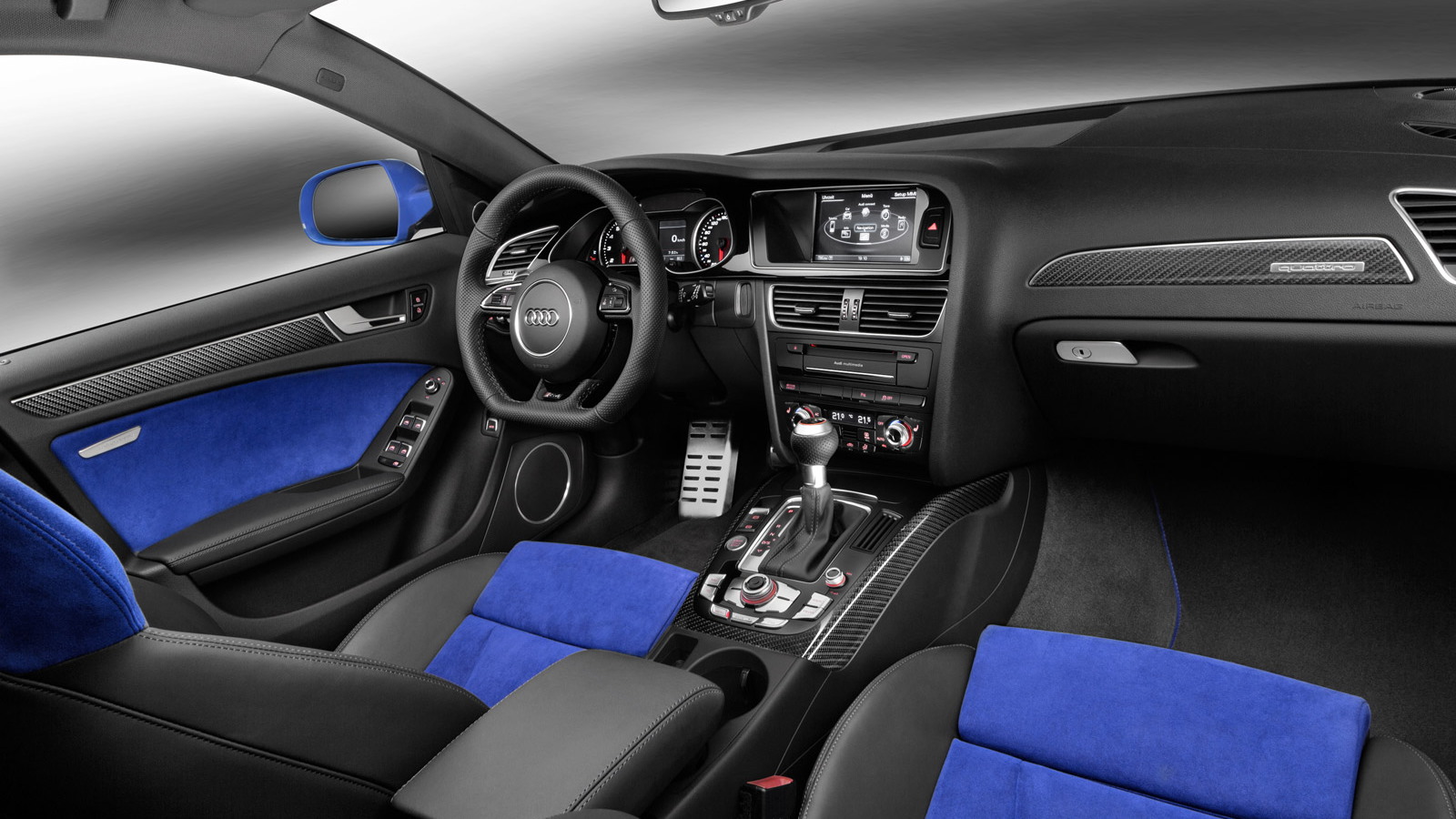 7
photos
It was 20 years ago that Audi’s first RS model hit the scene, the legendary RS 2 Avant. The car was a high-performance version of Audi’s 80 Avant wagon, the predecessor to the A4 Avant, and it would set the tone for a string of new RS models to be launched over the next two decades--combine high performance with everyday usability.

Audi is now celebrating the 20th anniversary of the RS 2 Avant with a special edition RS 4 Avant Nogaro selection, which is set to debut next month at the 2014 Geneva Motor Show. Like the RS 2, the new RS 4 special edition comes in an exclusive Nogaro blue paint finish, recalling the two victories achieved by Frank Biela on the Nogaro circuit in the French Touring Car Championship of 1993.

Unlike the RS 2, which came with a 315-horsepower turbocharged 2.2-liter five-cylinder, the RS 4 Avant Nogaro selection benefits from the regular RS 4’s naturally aspirated 4.2-liter V-8. This engine develops 450 horsepower at a lofty 8,250 rpm and peak torque of 317 pound-feet between 4,000 and 6,000 rpm. Matched to a seven-speed S tronic dual-clutch transmission and quattro all-wheel-drive system, it delivers a 0-62 mph time of 4.7 seconds. Top speed is a governed 174 mph. By comparison, the original RS 2 would sprint to 62 mph in 5.4 seconds and reach a top speed of 163 mph--simply incredible figures for 1994, the year of its launch.

In addition to its special blue paint, the RS 4 Avant Nogaro selection gets glossy black detailing on the grille, window slots and exhaust tips. Matte black, meanwhile, is used for the roof rails. Inside, the car gets a black and blue design with the black surfaces coming mostly in Valcona leather and the blue in Alcantara. Blue threads run through the carbon inlays to lend them a very special shimmer and a special badge is fitted to the top of the gear lever.

Since the latest RS 4 isn’t offered in the U.S., the new RS 4 Avant Nogaro selection will have to remain forbidden fruit. For those readers in markets where the RS 4 is sold, the new special edition goes on sale straight after its Geneva debut. Pricing is set at 87,300 euros (approximately $118,000).