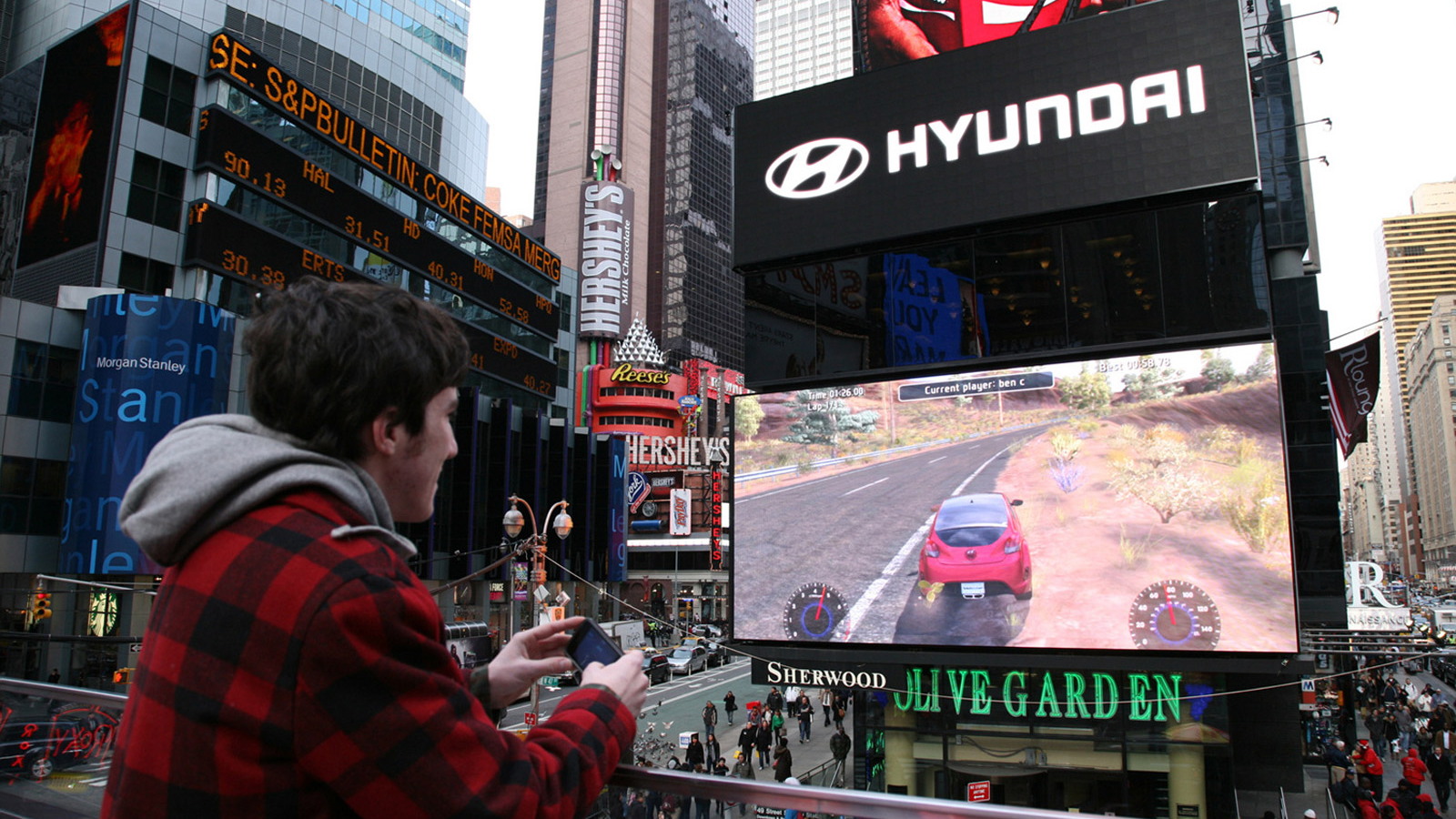 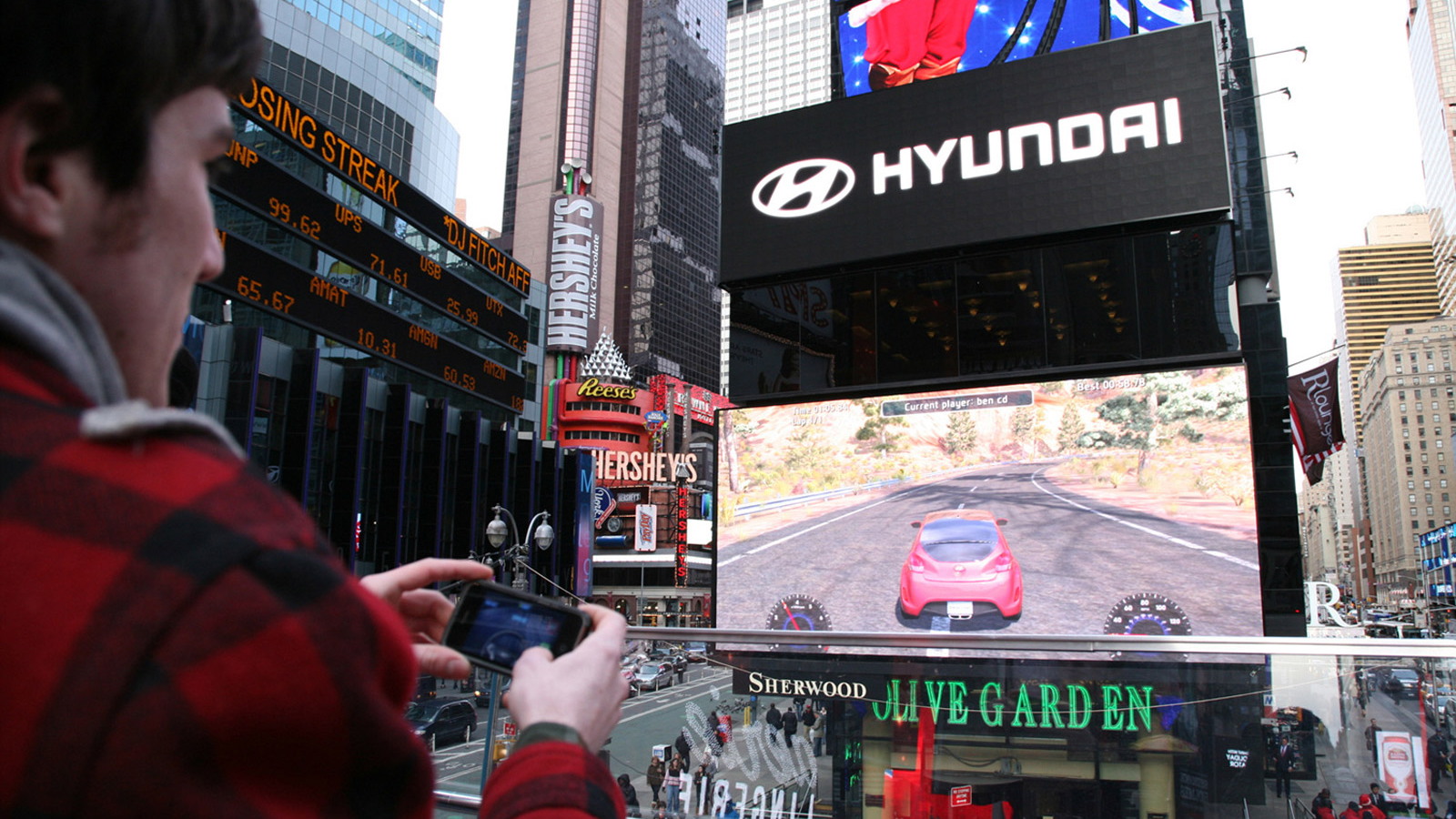 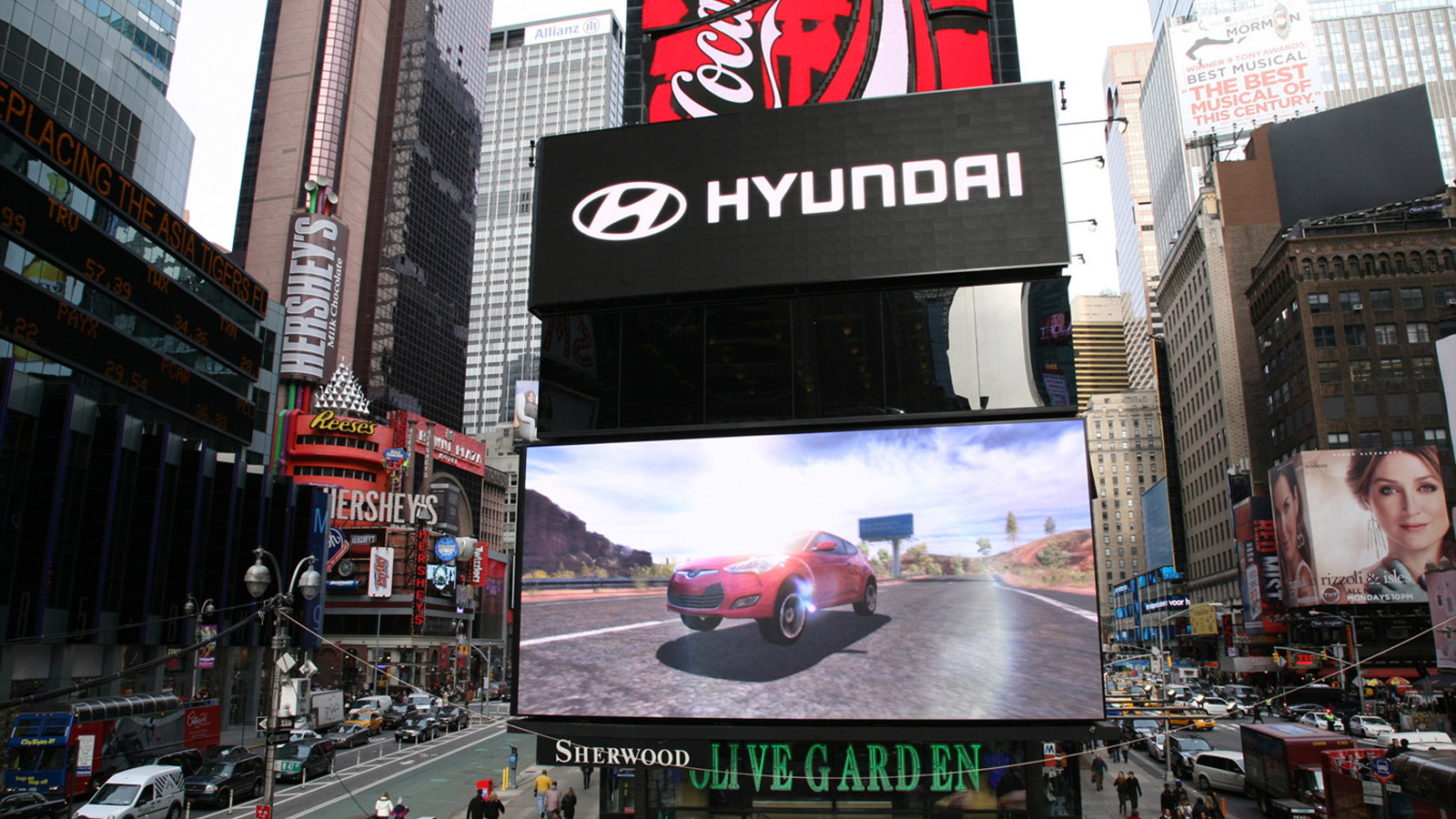 However, this year, a brand new motor racing series will make its debut in the city. Well, a virtual one at least.

Hyundai has launched an interactive racing game called “HYUNDAI RACE” on its prominent Times Square video billboard, which allows visitors the chance to drive the new 2012 Hyundai Veloster on the big screen in front of thousands.

The car in the game is controlled by tilting a smartphone, just like turning the steering wheel when driving a car. Players will need to download the controller for “HYUNDAI RACE” from the Apple App Store and then connect to Hyundai’s WiFi network in Times Square.

Once connected, players can control their vehicle on the big screen just as if they were playing a racing game on their smartphone. When they finish the race, their score appears on the billboard, and shows their ranking among other players.

The “HYUNDAI RACE” game will be on the billboard until the end of this year, and Hyundai plans to deliver other innovative interactive experiences in Times Square next year.

If you can’t make it to New York you can still play the game for free on any iPhone, iPod or iPad by downloading the free app.

For full details on the 2012 Hyundai Veloster, click here.