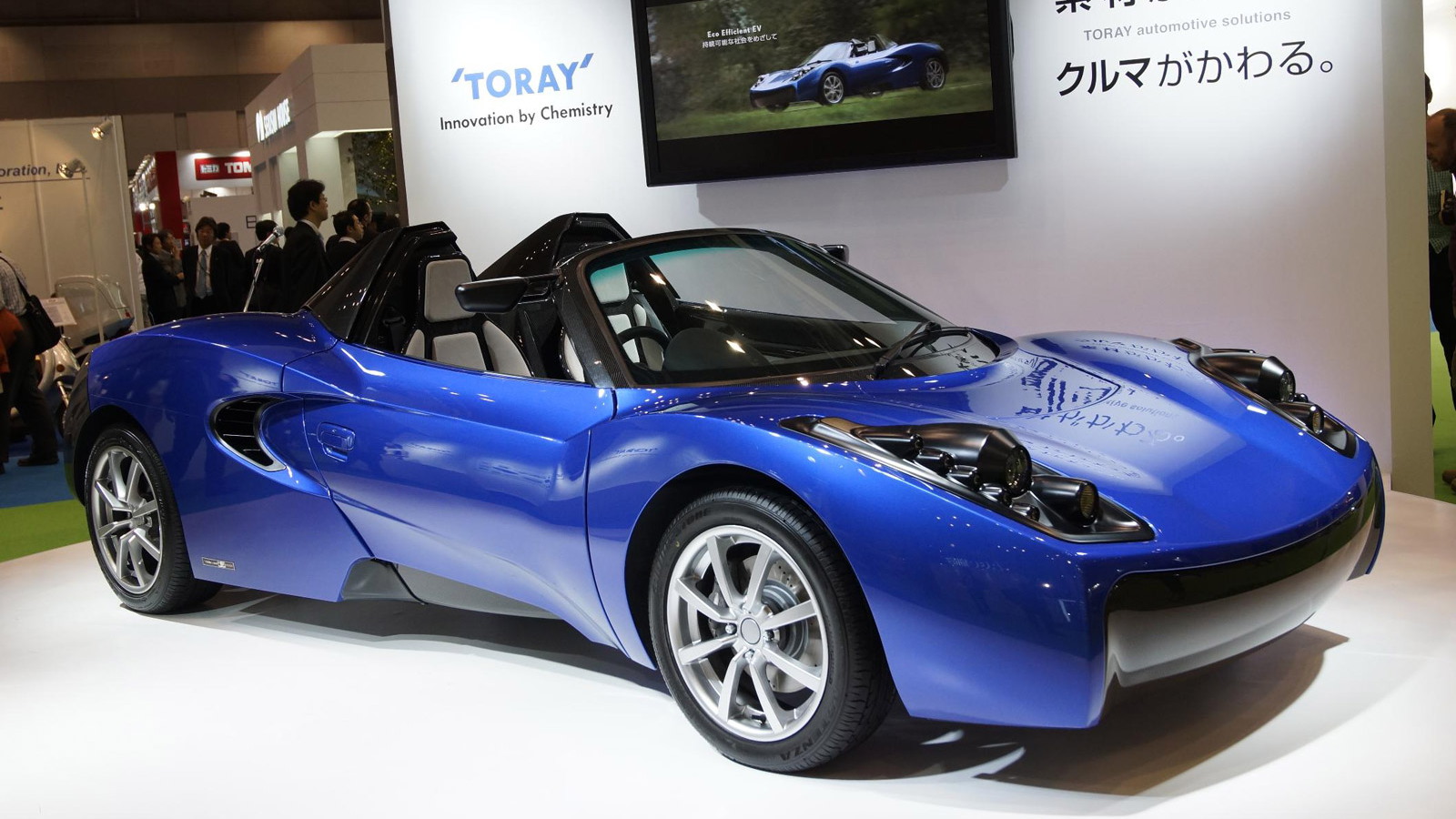 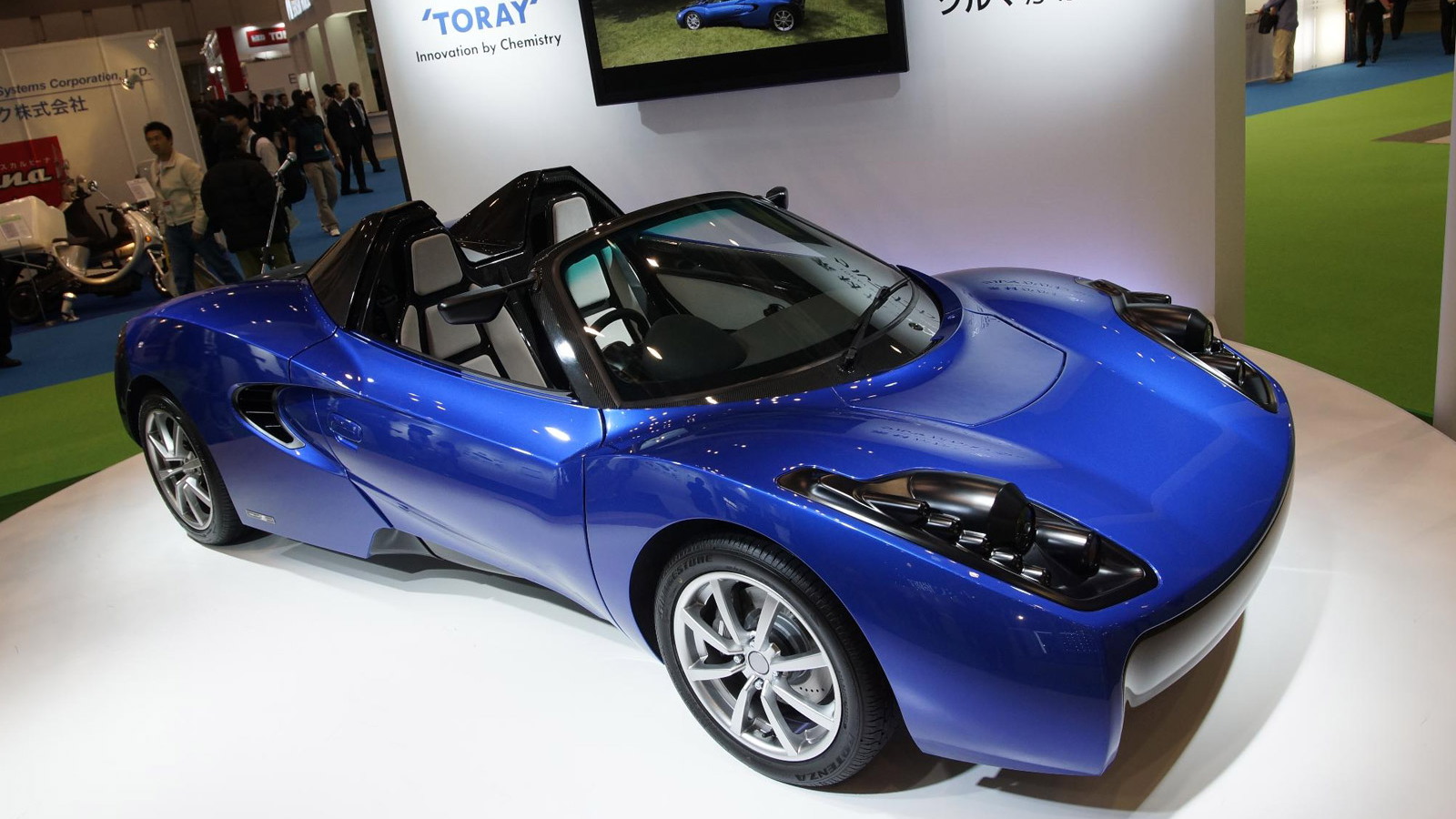 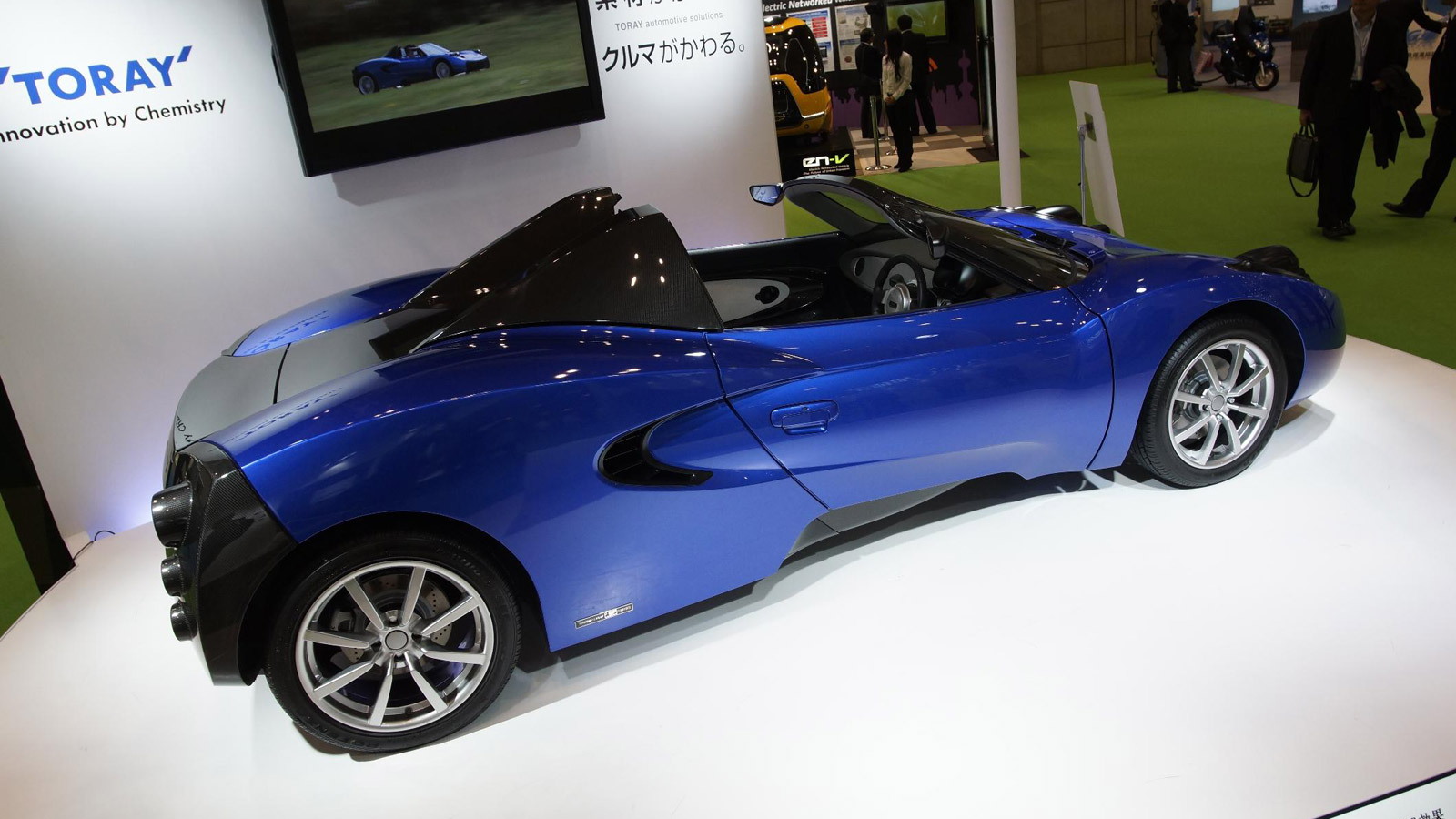 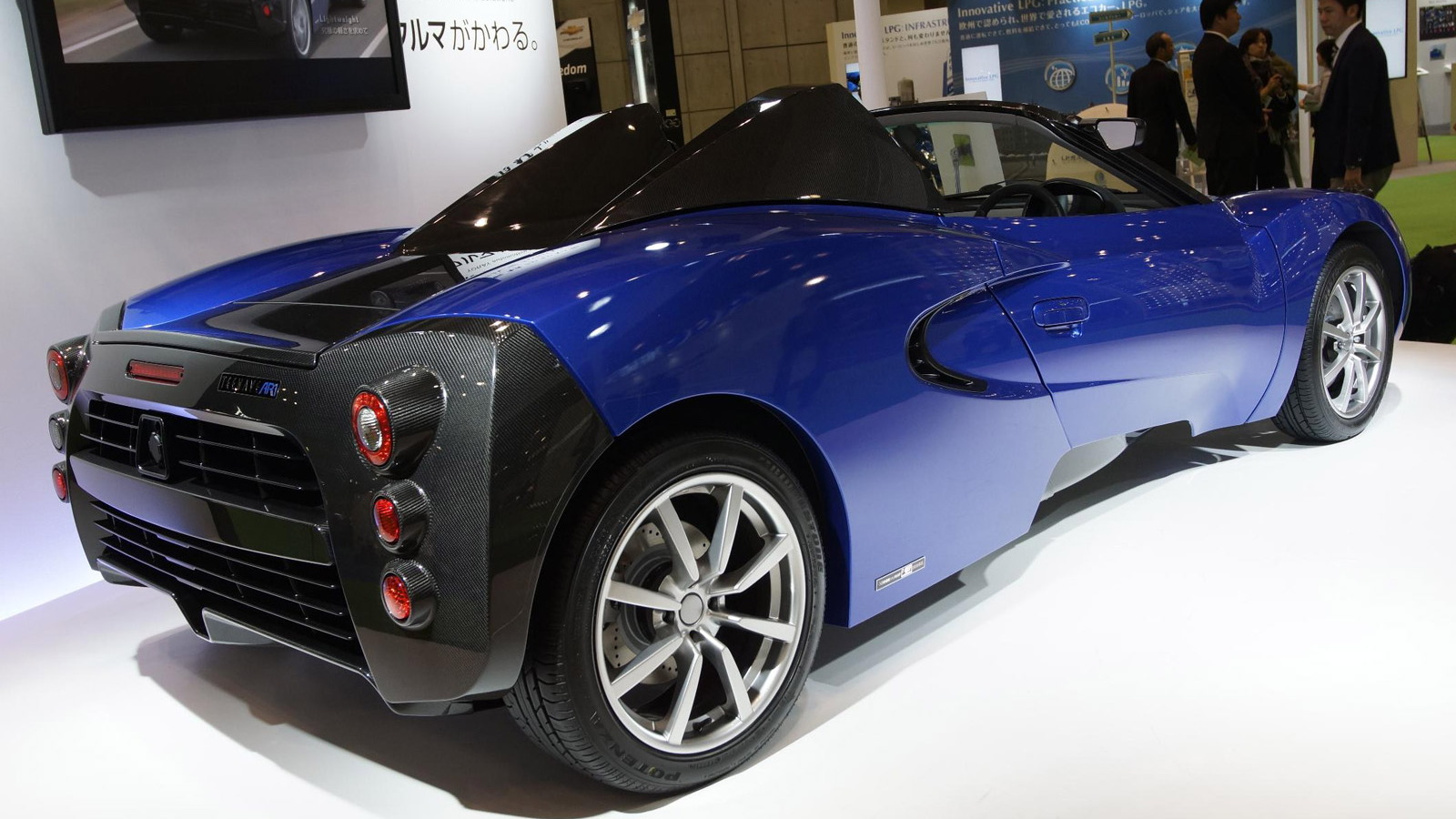 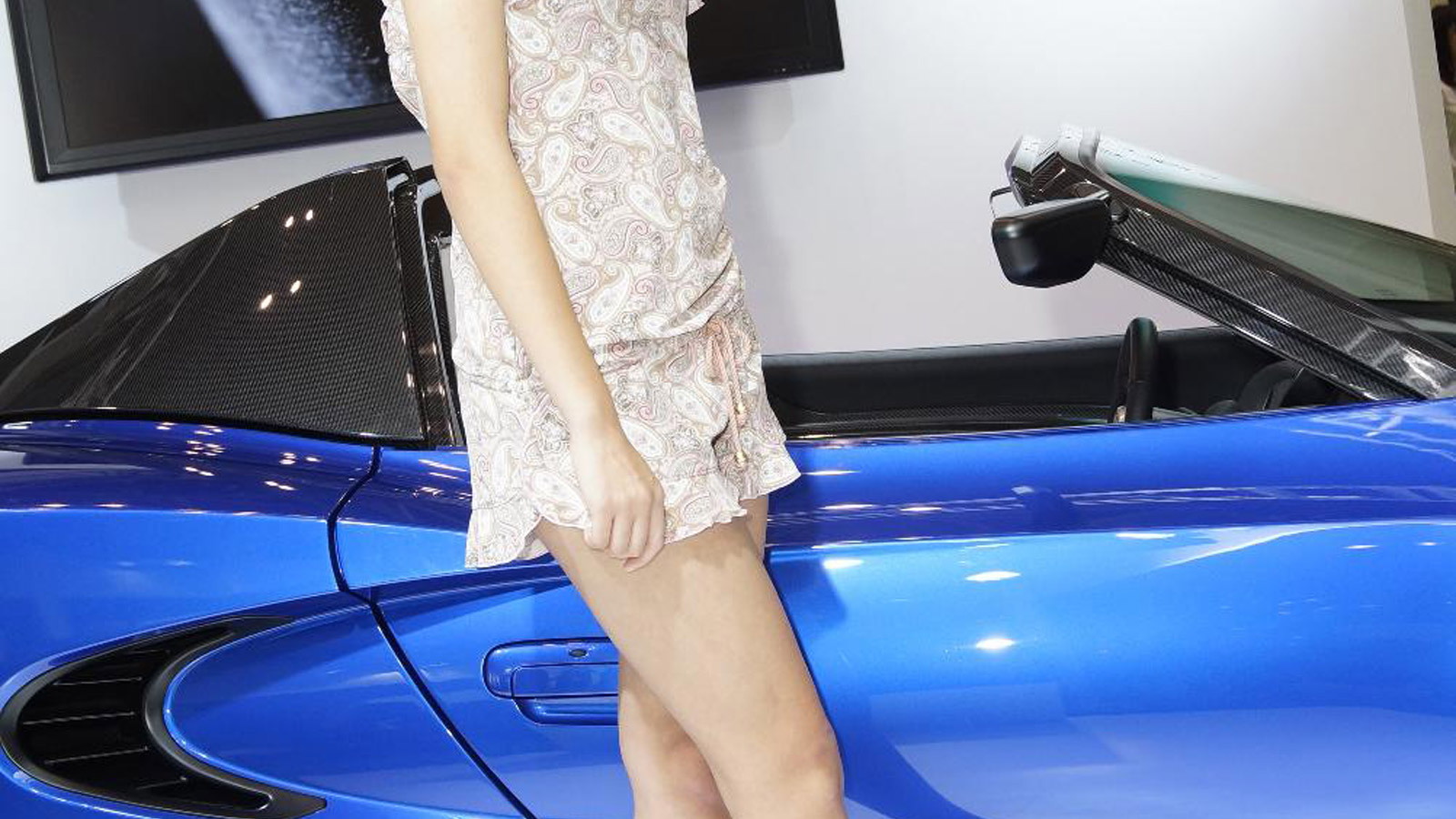 7
photos
Gordon Murray may no longer be designing Grand Prix cars or supercars but his work at the forefront of future mobility is no less important.

In addition to cars like the T.25 minicar and the electric T.27, Murray's pioneering iStream production process has been used to construct the Teewave AR.1 electric sports car, with expertise from Japanese carbon fiber specialists Toray.

The car is on display at the 2011 Tokyo Motor Show and the High Gear Media snappers have been busy taking photographs of the AR.1 for this live gallery.

It certainly looks striking in electric blue, with more than a hint of Lotus Elise about the proportions and some of the details. It's not the prettiest sports car we've ever seen - the front lights are a little odd and can't do much for the car's aerodynamics - but it's compact and only weighs 1,875 pounds thanks to the carbon-fiber tub.

Motive force comes from a 63-horsepower electric motor and the 0-62mph (0-100km/h) sprint takes 11.4 seconds. Not fast, but not bad from such a low power output. Top speed is 91 mph and perhaps most importantly in the electric car world, range is said to be 115 miles.

Full production hasn't been confirmed just yet, but the AR.1 is proof that there's more to Murray these days than upright city cars.