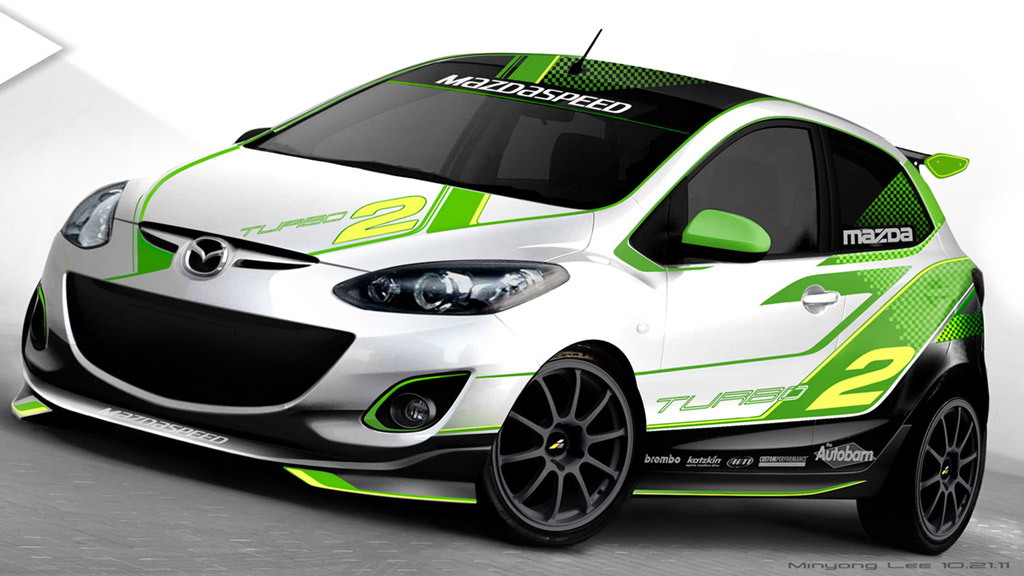 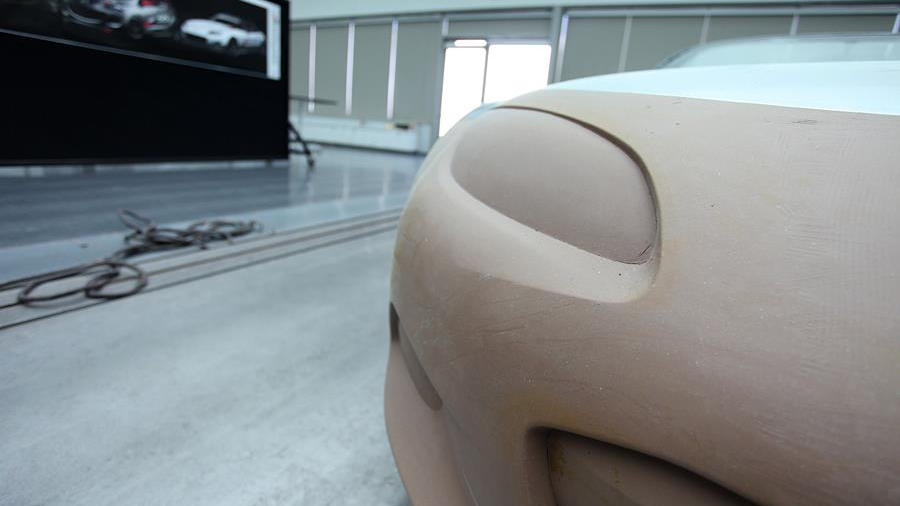 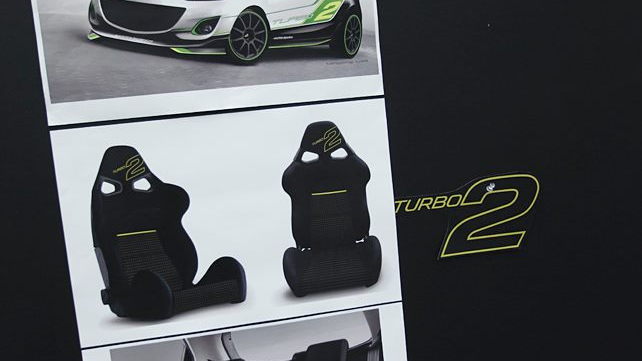 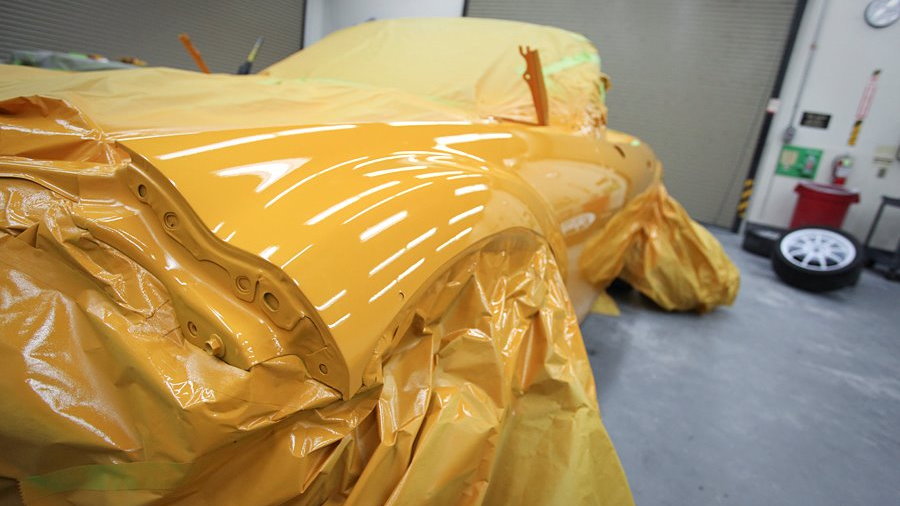 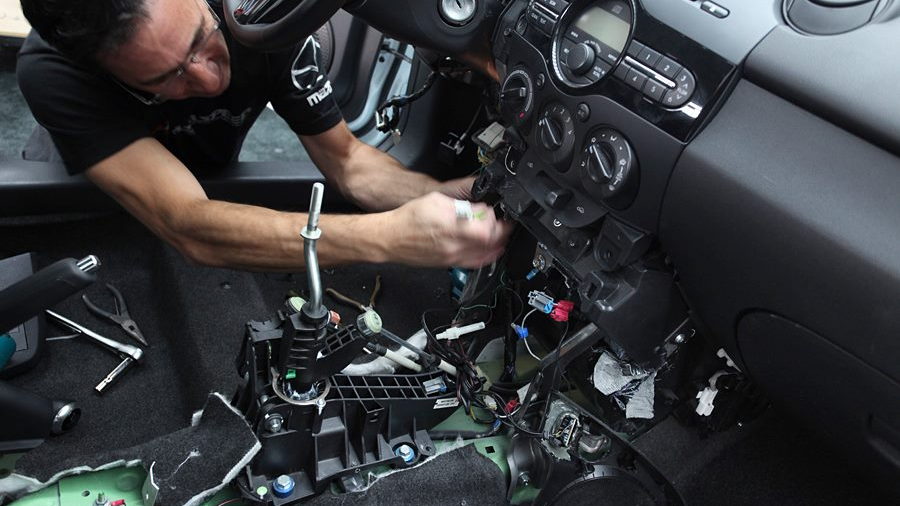 Mazda likes to march to the beat of its own drum—exemplified in its 'zoom-zoom' ethos and far-out design concepts—and its SEMA announcement sticks with that attitude. Forgoing the typical press release route, Mazda has cryptically released teasers on Flickr and Facebook as to what it will be featuring at SEMA.

While no official specifications or information is available from Mazda, from what we can tell it will be bringing two concepts to SEMA. One is a Mazda MX-5 Spyder that appears to be lowered and features a stretched canvas roof. A front spoiler and larger brakes also can be seen.

The second concept is a Turbo Mazda2. Mazda put a caption on one of the Flickr photos saying this concept is one of the most powerful turbocharged engines in Mazda's lightest platform--which sounds promising to us. The most powerful turbocharged engine in Mazda's lineup would be the Mazdaspeed3's engine. Could Mazda possibly have found a way to shoehorn it into the small Mazda2? One can only hope and dream.

Stay tuned for more details as we'll be live on the SEMA show floor next week.