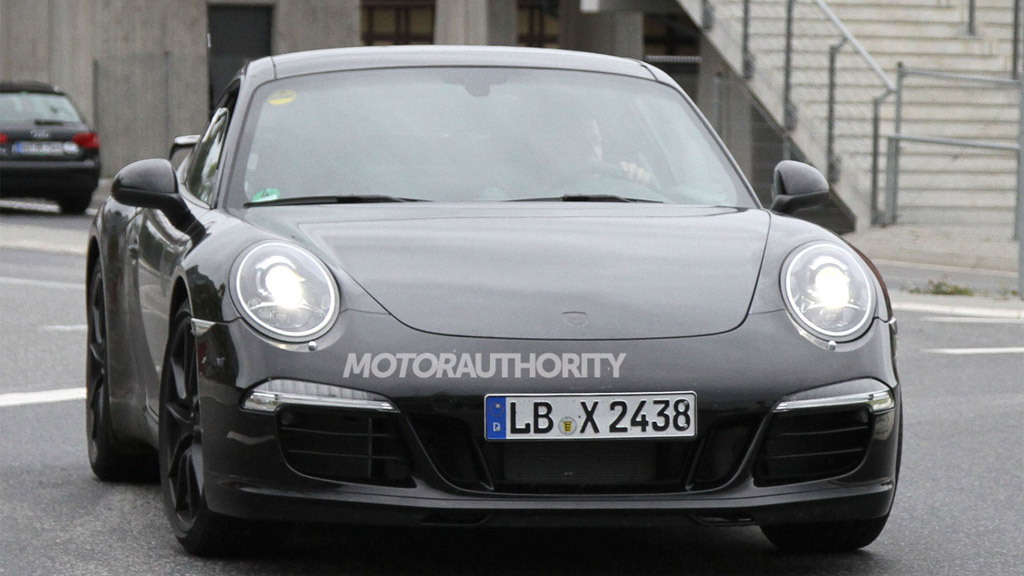 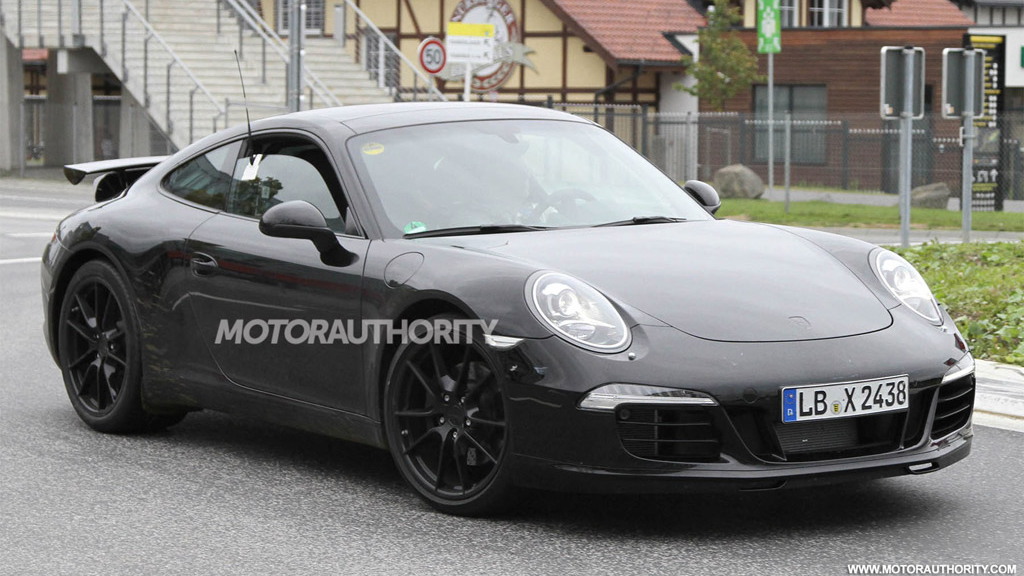 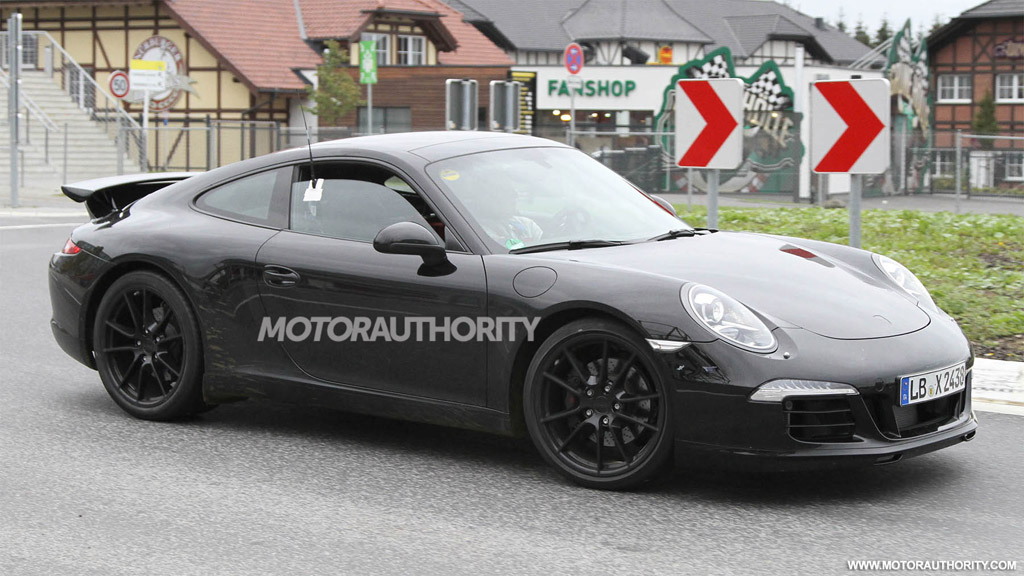 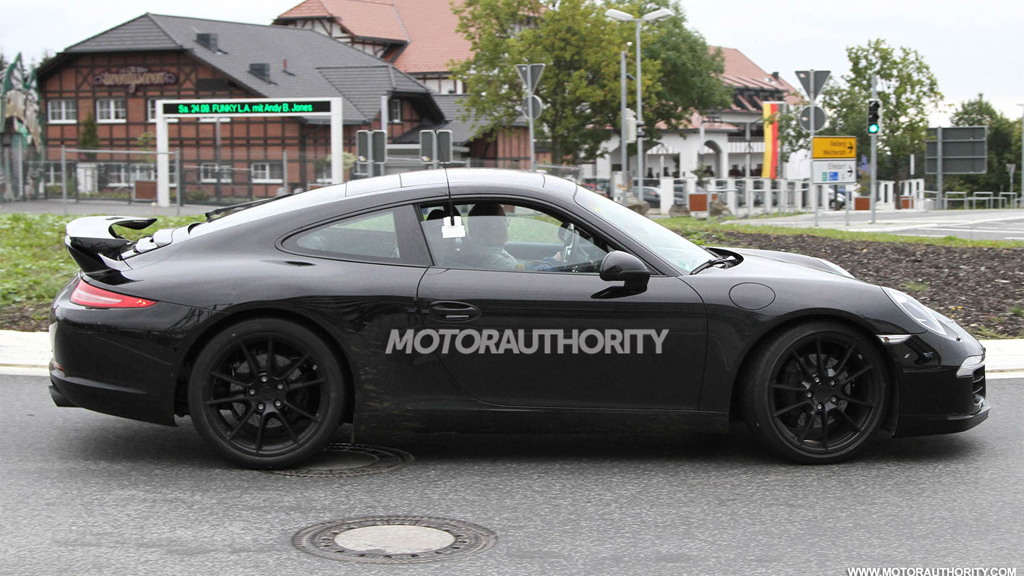 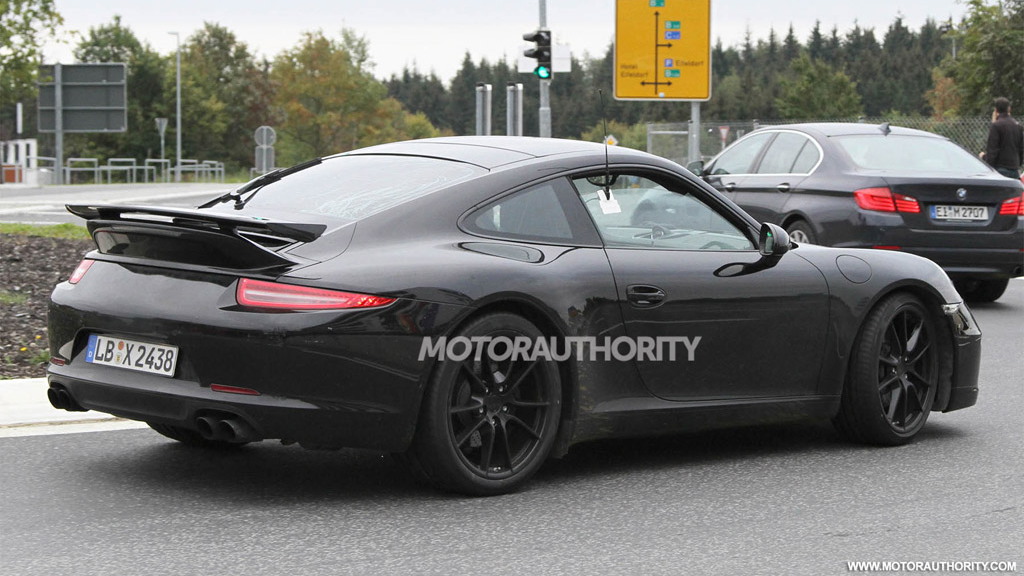 8
photos
An undisguised version of the new 2012 Porsche 911 has been spotted in Germany just weeks after the latest ‘991’ generation car, in Carrera and Carrera S trim, made its world debut at the 2011 Frankfurt Auto Show.

Look closely at these latest spy shots and you’ll notice the car seen here is wearing a unique front bumper with an attached lip spoiler, as well as a fixed rear wing.

We know that Porsche engineers are out testing high-performance Turbo versions of the new 911, in both coupe and convertible bodystyles.

However, the tamer look of this car suggests that it’s merely wearing the new ‘Aerokit’ that will be launched for the 2012 911 and already teased by Porsche.

Similar to previous kits like the one designed for the outgoing 911 Turbo, the latest Aerokit is likely to include all the pieces you see here.

Porsche’s Aerokits are typically completely functional and are thus tested in the real world just like any other component. Expect more downforce all around than the standard car but with no cost to drag.

While you wait for the Aerokit’s arrival at your local Porsche dealership, click here for all the details on the new 2012 Porsche 911.