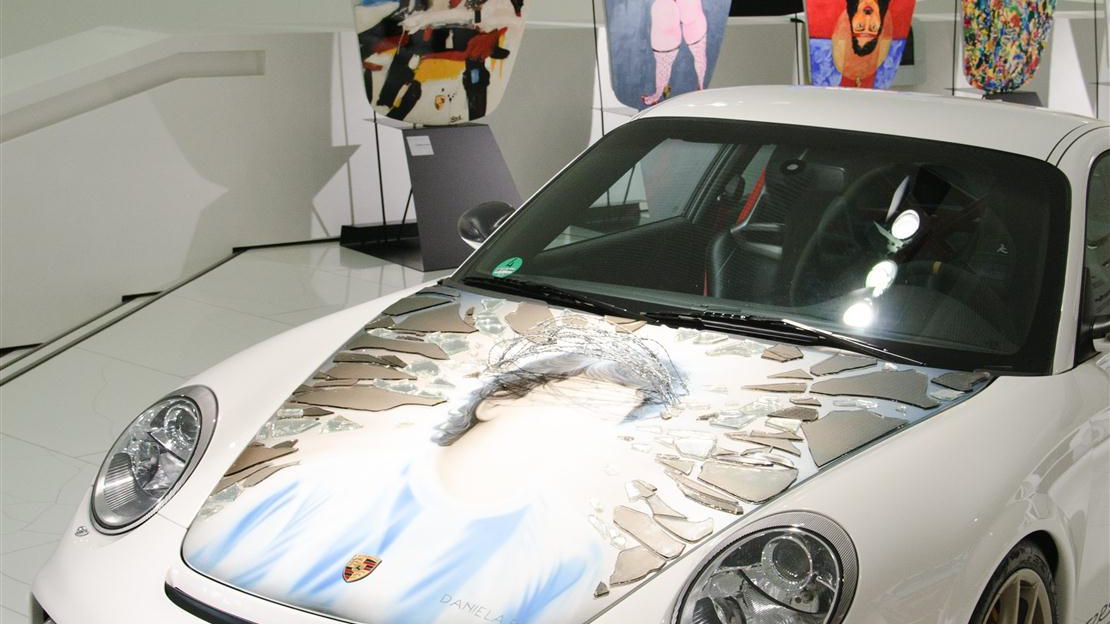 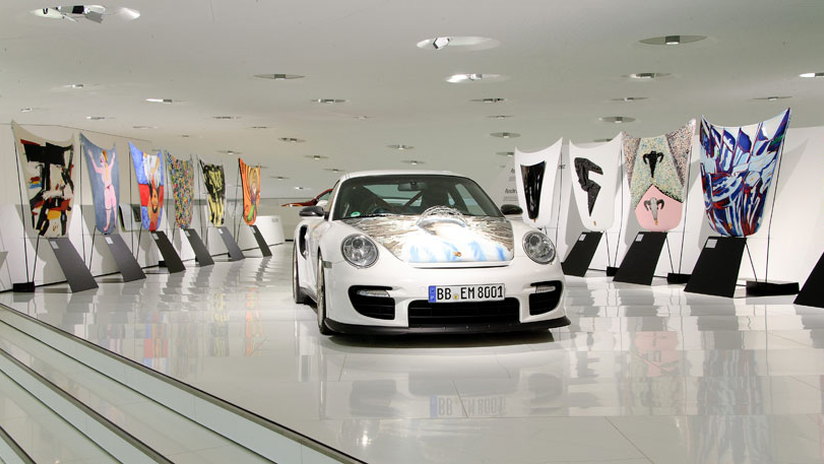 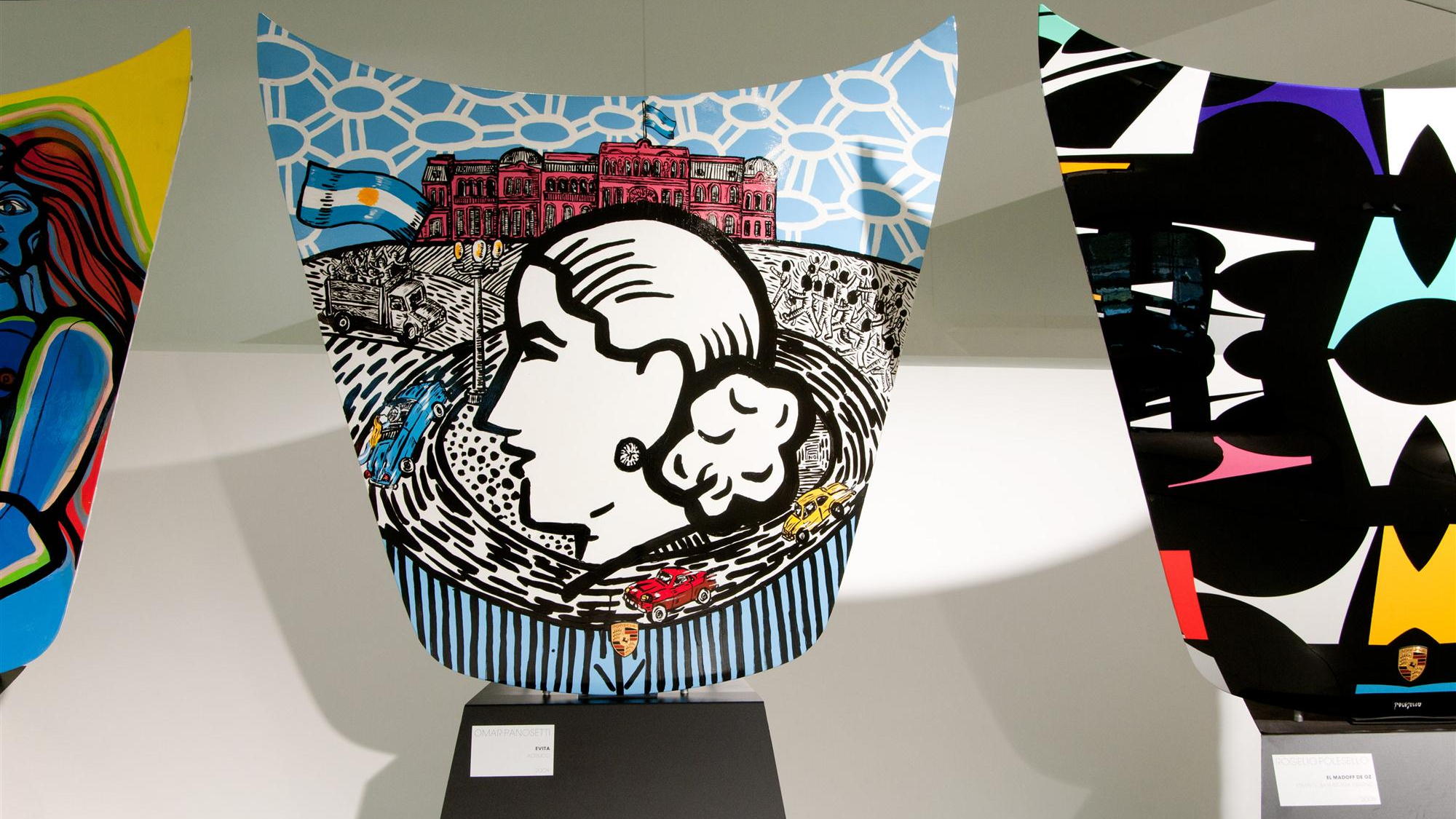 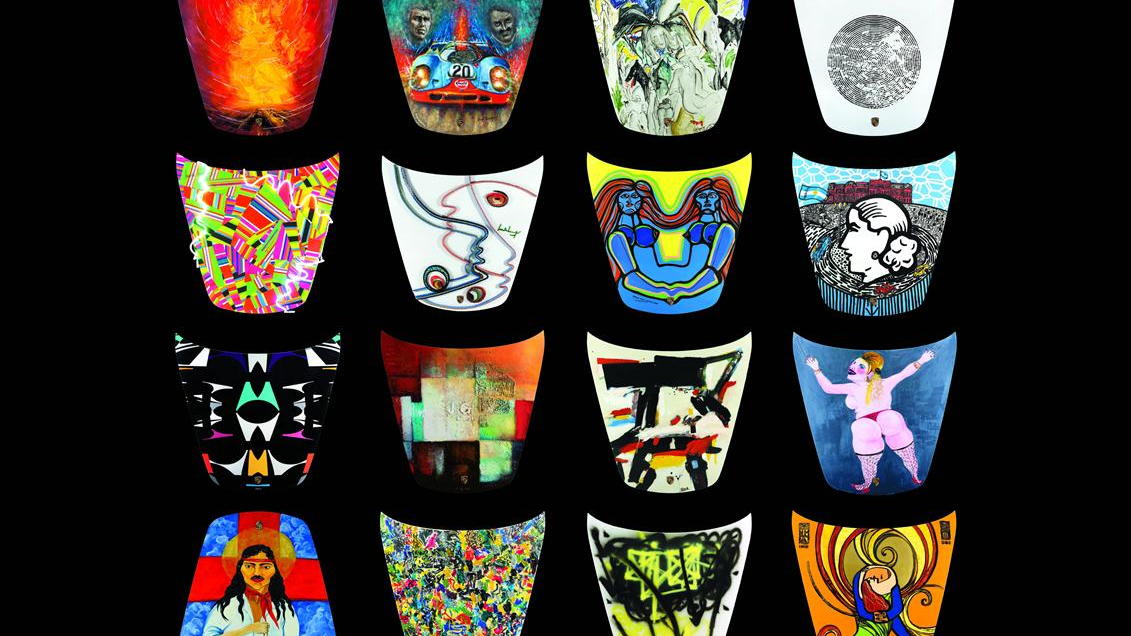 4
photos
Finally, we have a Porsche 911 derivative with a fresh, original face.

Unfortunately, that freshness doesn't come courtesy of a Porsche redesign--the 2012 911 front-end is pretty much a doppelganger of the 2011 911--it comes from a team of South American artists.

Ordinarily when we report on art cars, they're coming from a different German badge: BMW. But Porsche has announced its own spin on the art car in the form of a special exhibition now on display at the Porsche Museum in Stuttgart.

Colección Goméz artists eschewed the sketch pad and easel, creating live artwork on the hood of a Porsche 911 GT2. Nineteen Latin American artists, including Pablo Atchugarry, Rogelio Polesello, Clorindo Testa and Eduardo Stupia, created 24 dynamic hoods, each with its own unique look. Some are simple and understated while others are wildly colorful. There's even a nude in the mix. The artists worked with a variety of raw products including enamel, acrylic and, fittingly, tire rubber.

The artwork was curated by Argentinian Jorge Gómez who decided to combine his two greatest passions--artwork and Porsches. Gomez has been known to fit the hoods to his own GT2 for a joy ride with flair.

The hoods made their European debut at the exhibition, which opened yesterday "against the impressive backdrop of 23,000 hp." It will run until January 8th on Tuesdays through Sundays between 9 a.m. and 6 p.m.