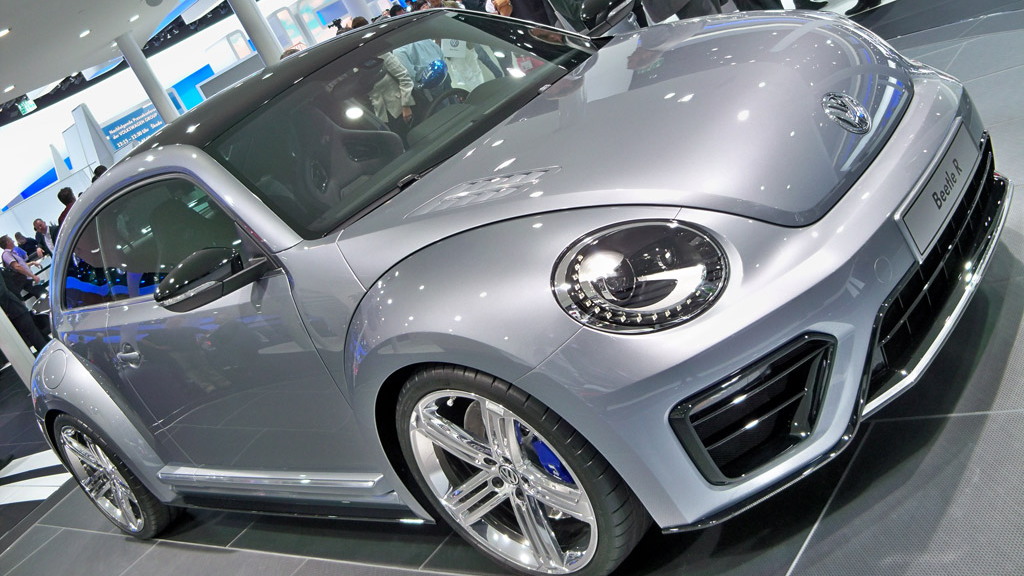 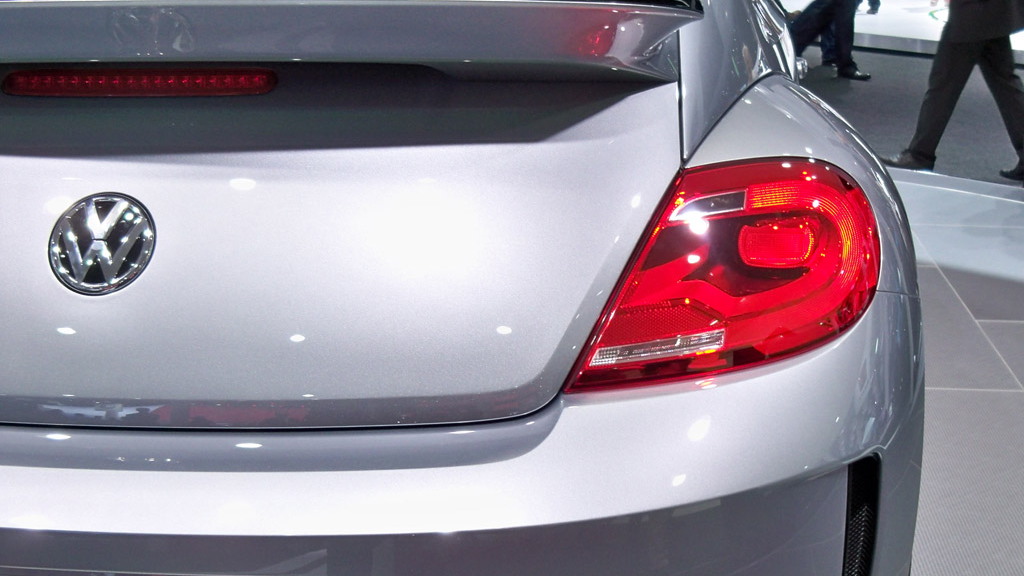 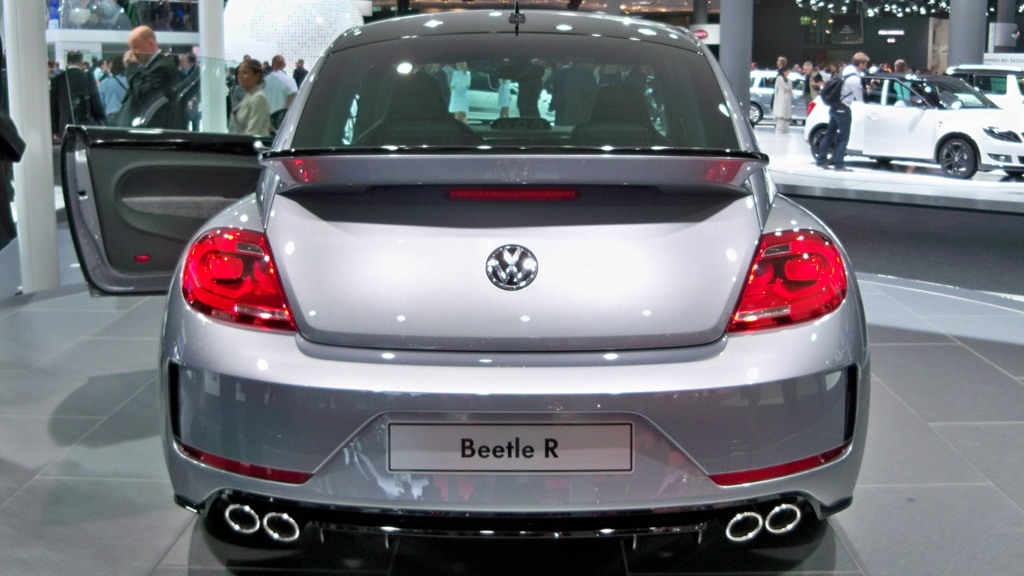 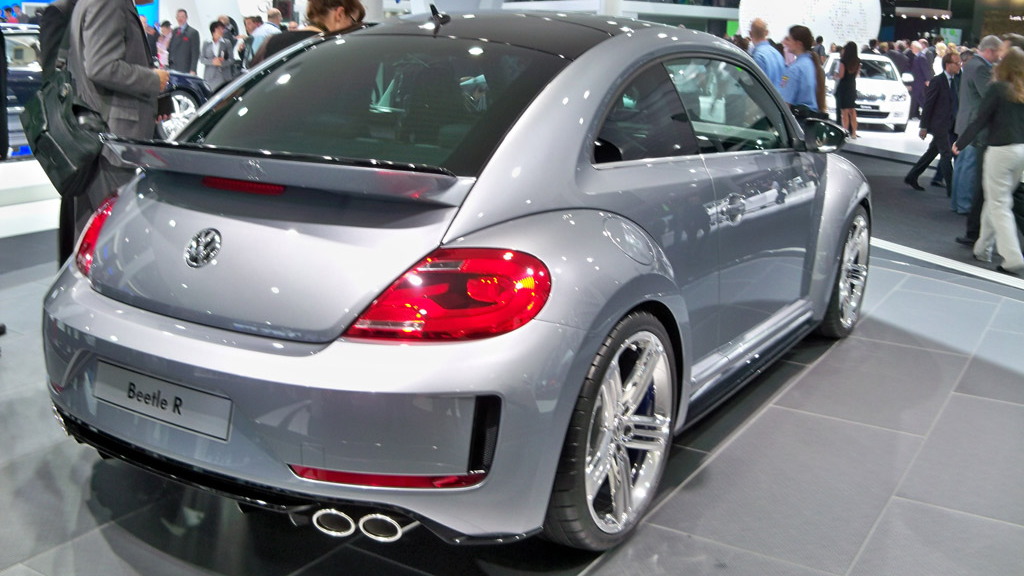 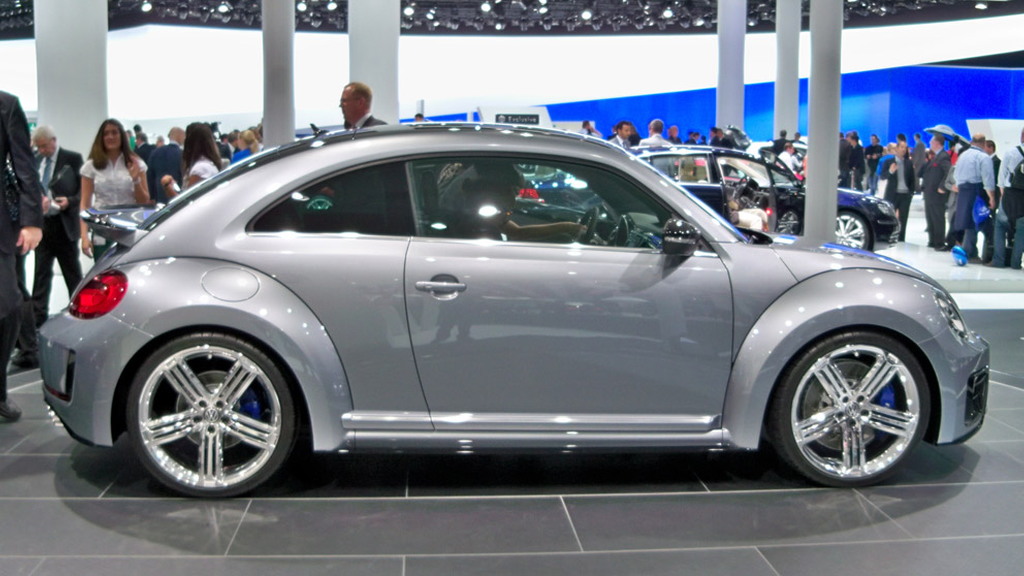 10
photos
Sharing its core underpinnings with the Golf has raised some questions as to why one might prefer the Beetle, though the car's iconic aesthetics are the obvious reason. It turns out that sharing is a good thing for performance fans, though, as Volkswagen has unveiled a Beetle R Concept today in Frankfurt.

Just as the regular Beetle shares much of its running gear and powertrain with the standard Golf, so too does the Beetle R draw on the Golf R's impressive pieces. The engine is the same 265-horsepower turbocharged 2.0-liter TSI four-cylinder, and though Volkswagen doesn't mention it, the Beetle R is likely to get the same Haldex 4Motion all-wheel-drive system, too. Large 20-inch wheels and blue brake calipers accent the Golf R's performance nature, while special bumpers with aerodynamic tweaks and wider fenders complete the look.

As of now, the Beetle R is just a "design study," meaning Volkswagen hasn't decided to announce it for production yet. If the business case for the Beetle R pans out--and that business case is likely to be judged in part by public response to this concept--it could see production, however. The car certainly looks close to production-ready. If it is built, it could follow the Golf R to U.S. sales. The Golf R is expected to arrive here in America in the first half of 2012.