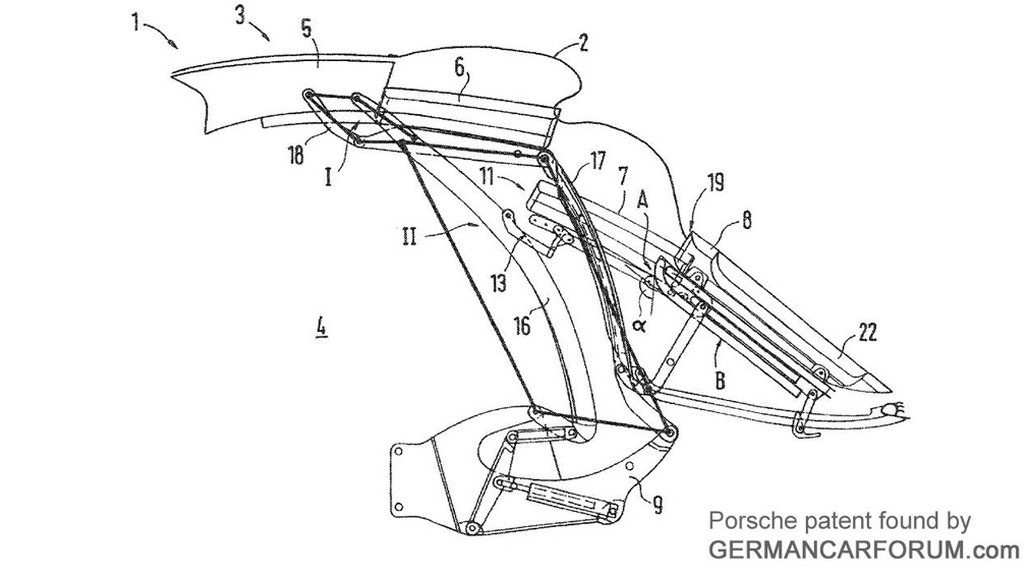 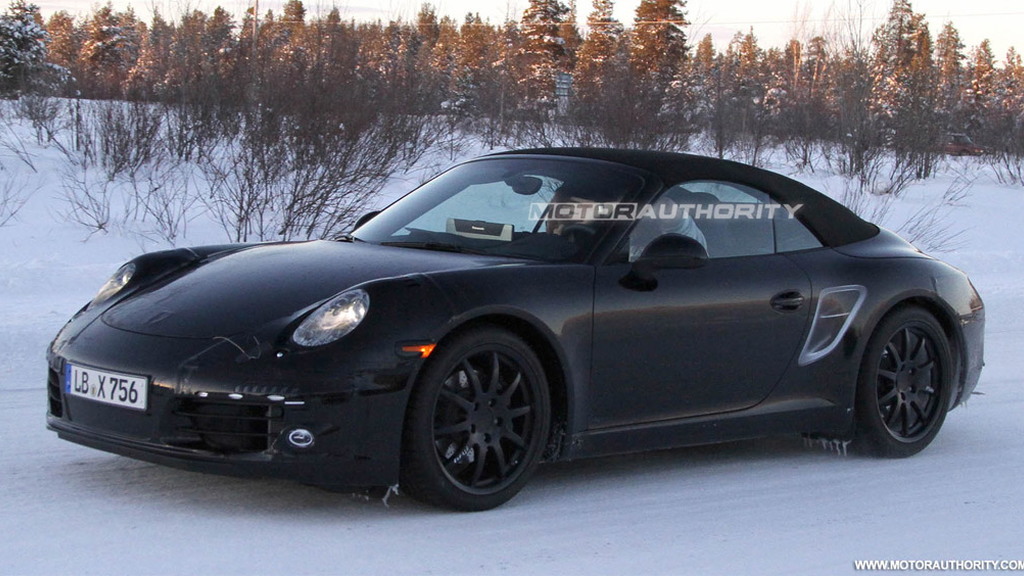 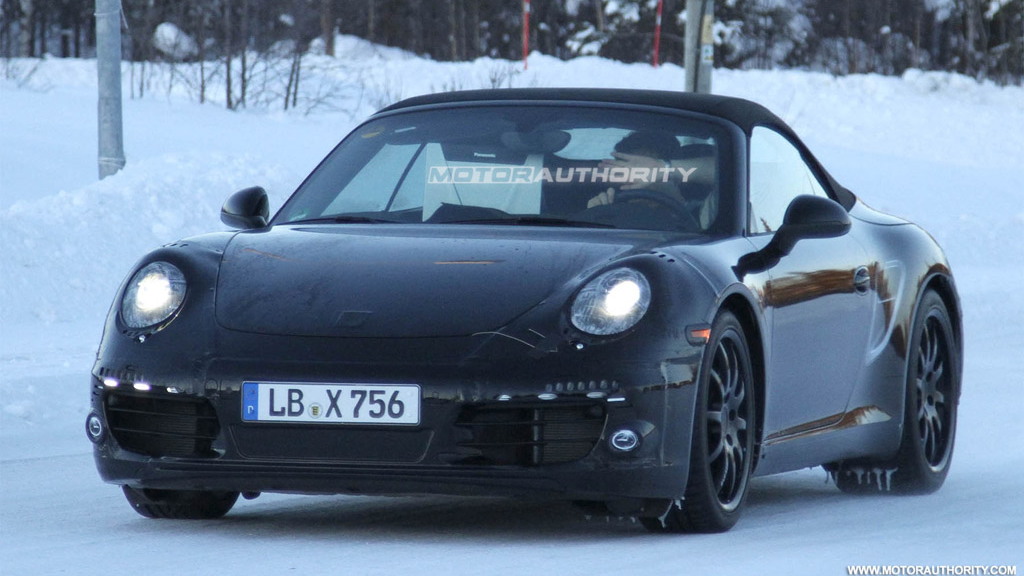 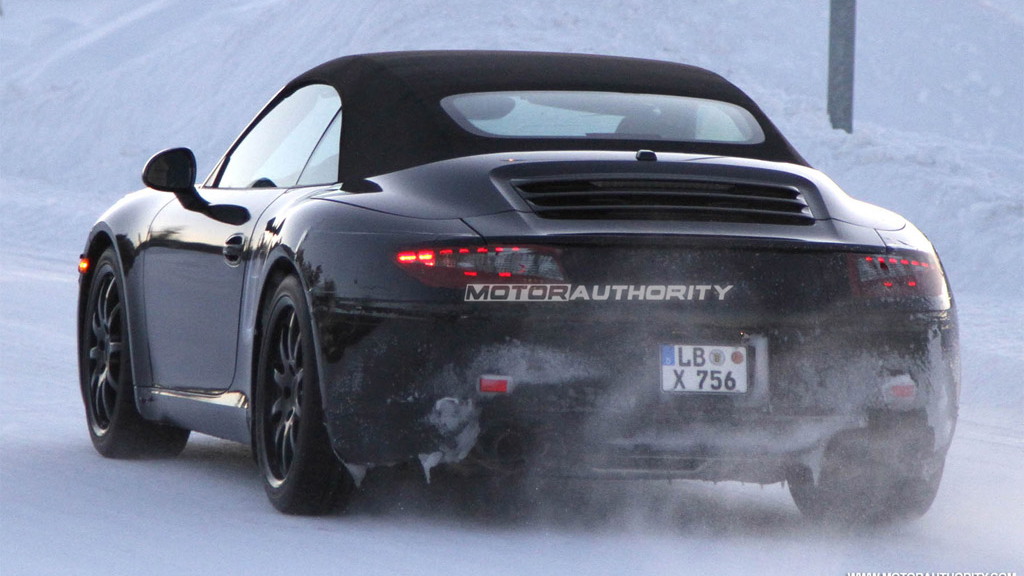 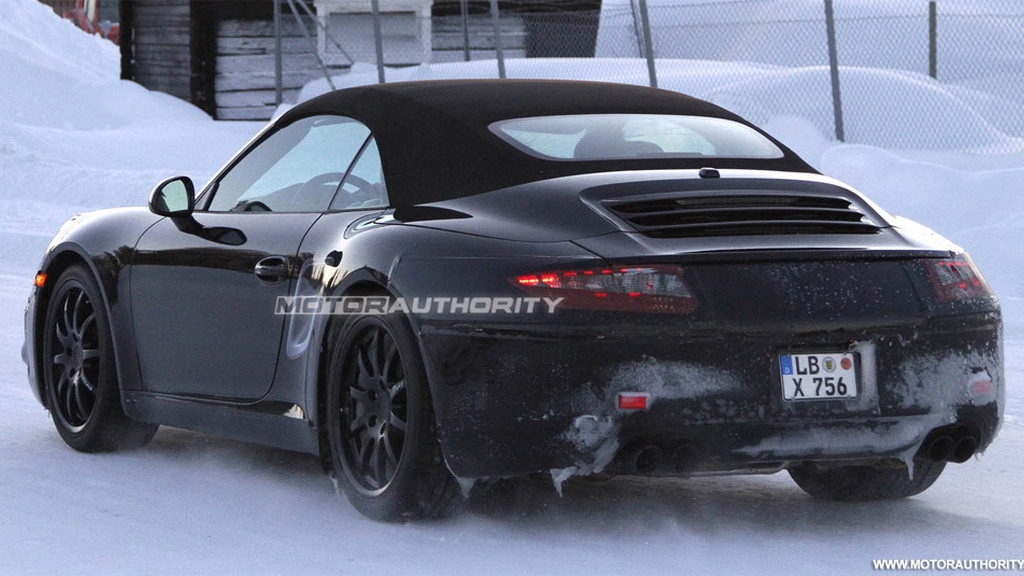 7
photos
Porsche is going to great length to break as much new ground as possible with its latest 2012 911, or 991 to the diehards.

The automaker has already confirmed that a new seven-speed manual, a world first for a production car, will feature, but now it looks like the convertible version will get an intricate folding roof composed of both metal sections and traditional canvas.

Patent drawings allegedly filed by Porsche with U.S. and European trademark agencies have surfaced online, revealing a new design where the main roof section is composed of a solid material and the section around the rear window is soft.

In the drawing above we can see four sections, two solid sections at the outer edges, and soft material (number 2) covering the two middle sections.

The benefit is not only lighter weight, but the storage space necessary for the roof when folded will be smaller, thus, allowing Porsche to go with a sleeker design for the rear of the new 911 Cabriolet.

With the Ferrari California already featuring a folding hard-top, and the recently revealed 458 Spider going the same route, it looks like Porsche is getting in on the folding hard-top action as well. Albeit, in its own unique way.

Looking at previous spy shots of the 2012 Porsche 911 Cabriolet, it’s hard to tell what’s in store for the car.

However, we should know more details closer to the new drop-top's world debut, possibly at the 2011 Los Angeles Auto Show this November or the 2012 Detroit Auto Show in January.

In the meantime, click here to read up about the new 2012 Porsche 911 Carerra and Carerra S models making their respective debuts in just two weeks at the 2011 Frankfurt Auto Show.