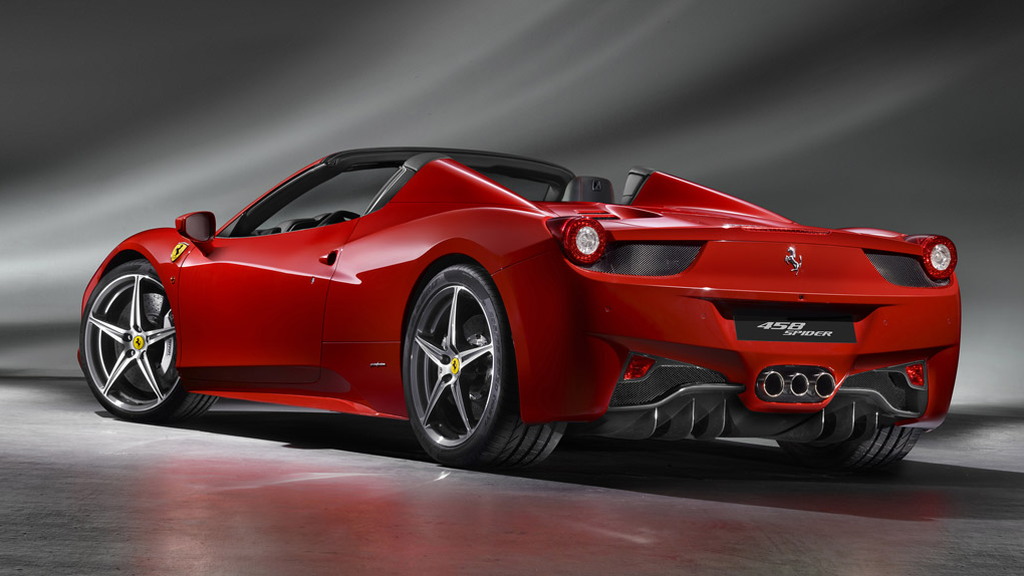 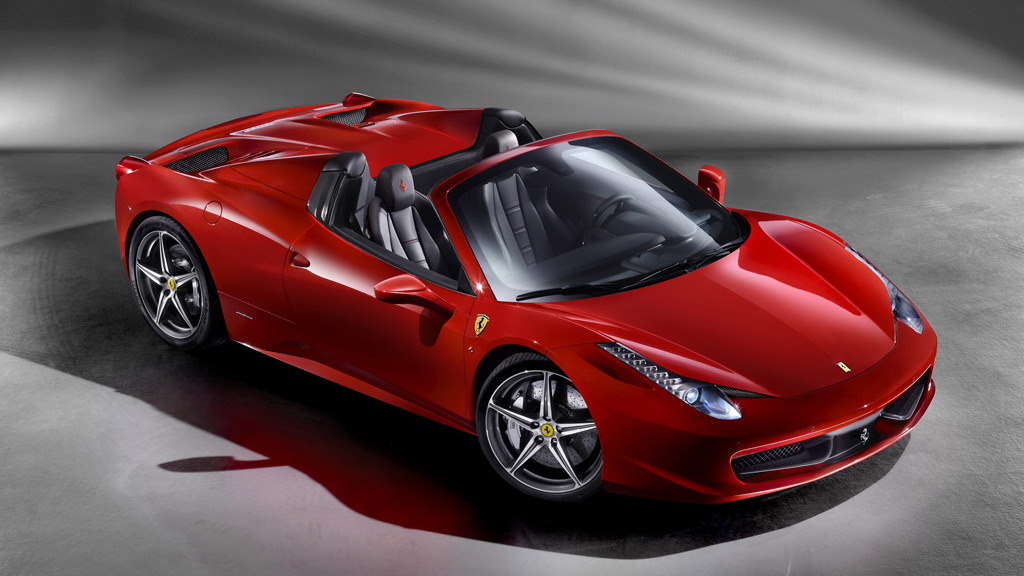 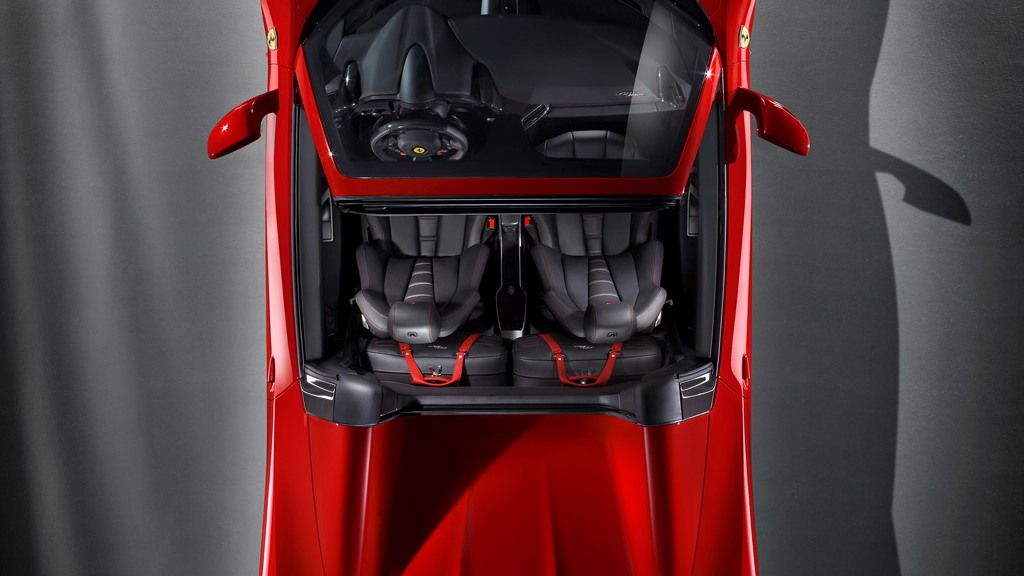 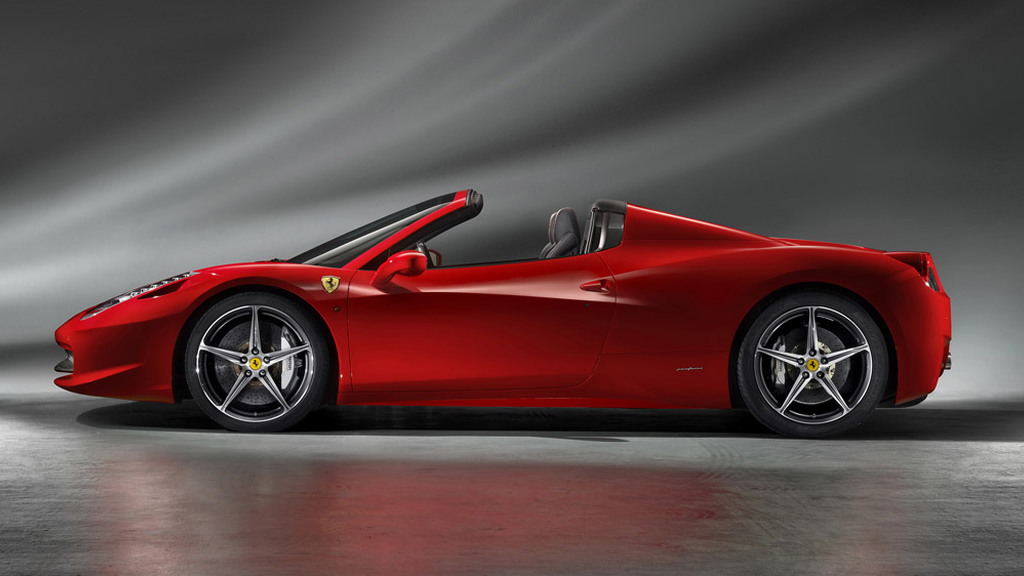 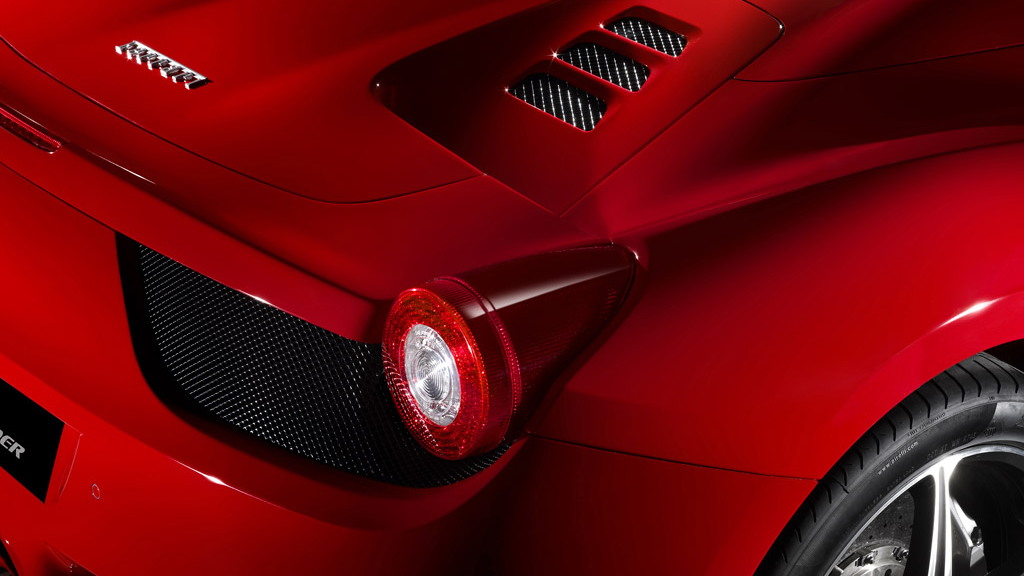 5
photos
Ferrari has taken the wraps off the convertible version of its 458 Italia, and as we predicted, the stunning supercar has gained a retractable hard-top.

This makes the new Ferrari 458 Spider the world’s first mid-engined car with a retractable hard-top.

For Ferrari, the decision was easy. The design allows the 458 Spider to almost equal its fixed roof sibling in terms of comfort, handling and performance.

That’s because, apart from the roof, the rest of the car was left virtually untouched.

We say virtually as certain characteristics of the car, such as the engine mapping and the suspension damping, were adjusted to ensure maximum performance when the top is down. Additionally, the sound of the engine was worked on to ensure passengers can hear it properly despite its new cover, and additional body strengthening added.

As for the new automated folding roof, it’s made from aluminum and only takes 14 seconds to go up or down (see attached video).

Completely integrated into the style of the car, the retractable roof was designed to fit precisely in front of the engine, without harming the aerodynamics and performance. And, since the Ferrari-patented roof mechanism is so small, designers were still able to install a small storage unit behind the seats.

The rear of the body was designed to optimize air flow towards cooling ducts for the radiators, oil cooler and gearbox. There’s also an adjustable wind deflector, which was designed so that it’s still possible to have a normal conversation with the roof down even at speeds of up to 124 mph.

Peak output of 570 horsepower and 400 pound-feet of torque still comes from a 4.5-liter V-8, and is channeled to the rear wheels via a seven-speed dual clutch transmission and electronic differential. Ferrari’s F1-Trac and ABS safety systems are also fitted as standard.

Look out for the Ferrari 458 Spider’s world debut at the 2011 Frankfurt Auto Show in just a few weeks, with first sales in the U.S. to start early next year. Until then, click here for our complete coverage of the Frankfurt show thus far.

For full details on the Ferrari 458 Italia, click here.