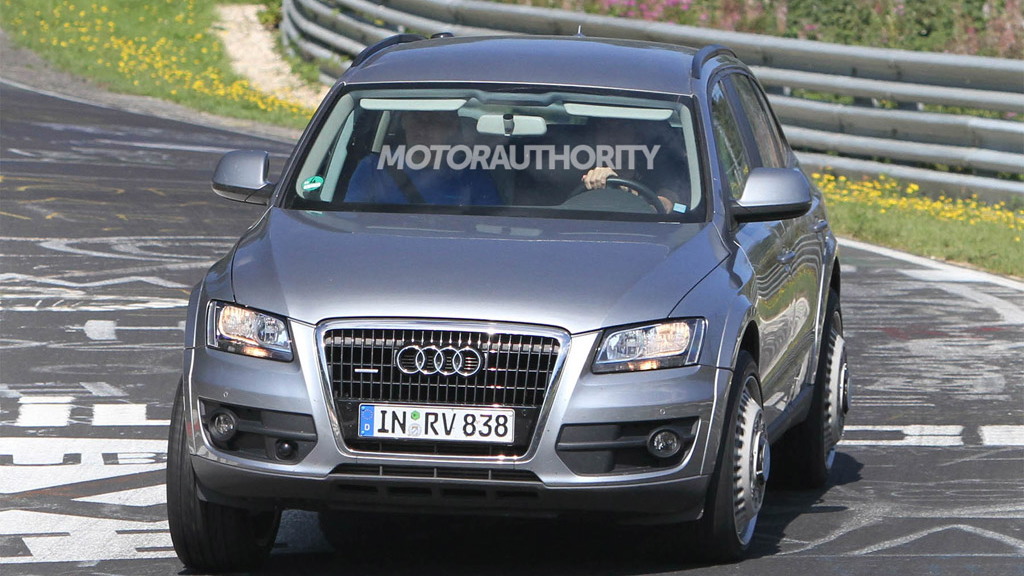 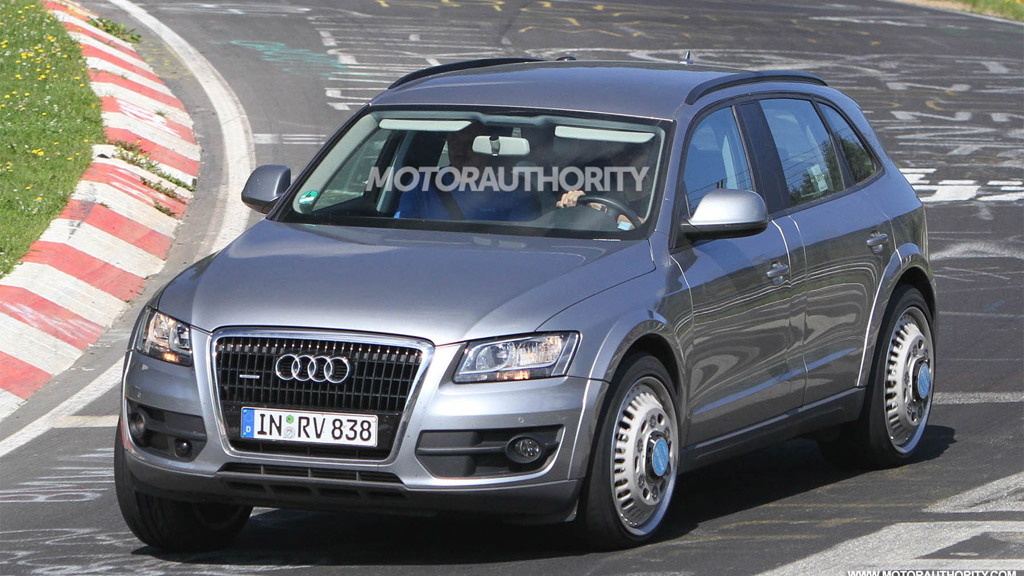 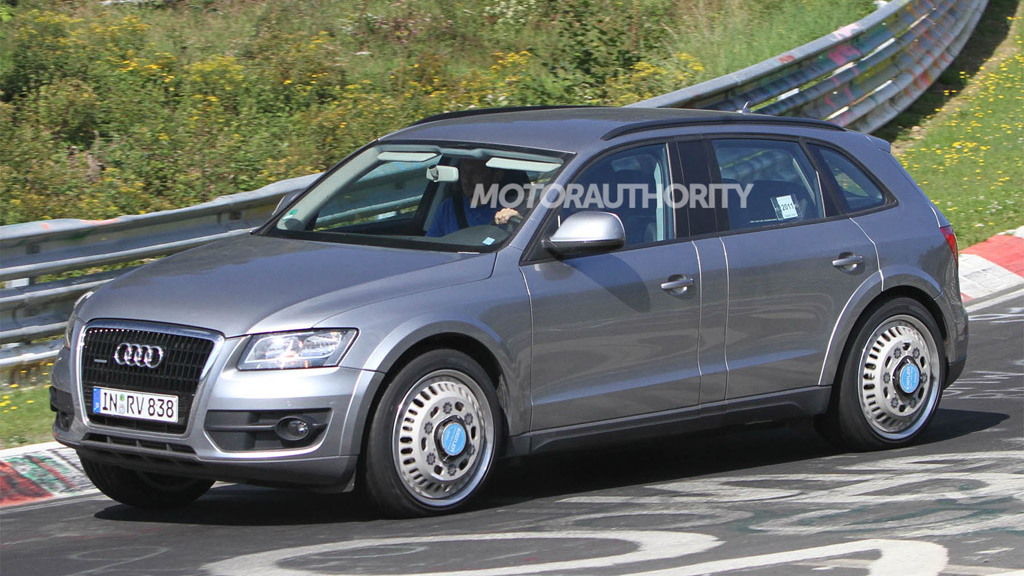 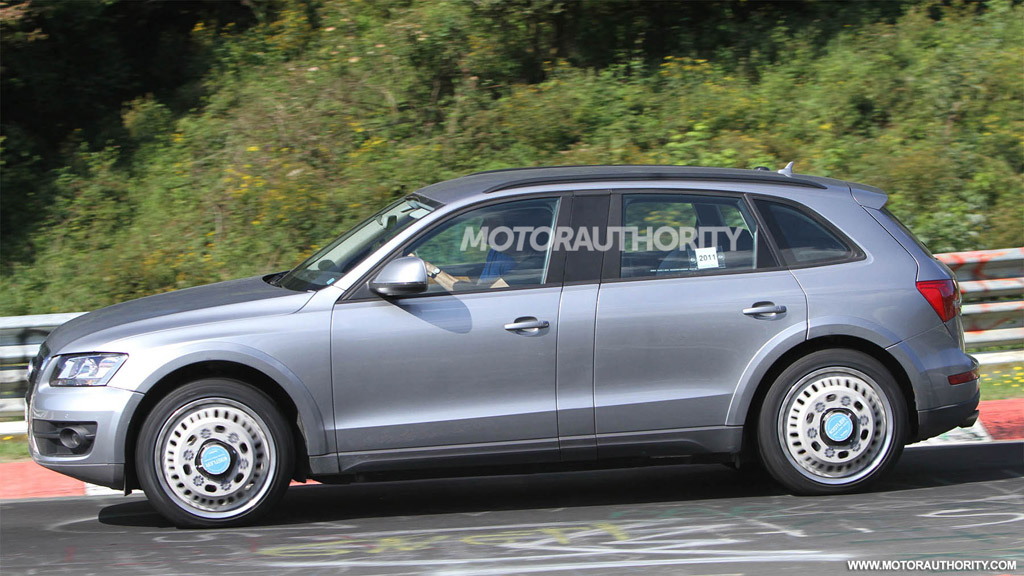 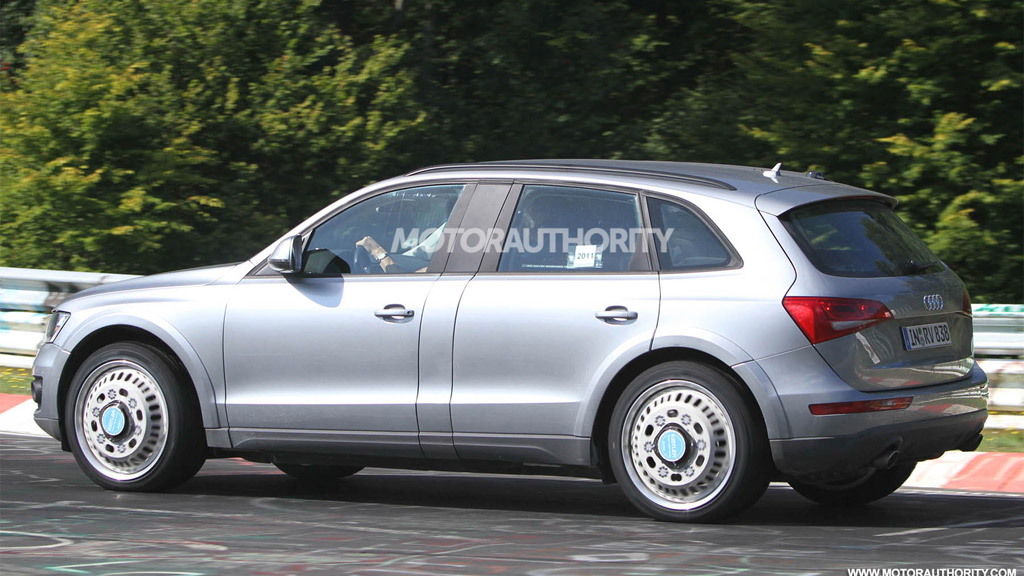 Hidden under the sheet metal of this very strange looking Audi Q5 is a sporty new crossover Audi is working on as a rival to the likes of the BMW X6, Aura ZDX, and the rumored Mercedes-Benz GLS.

Specifically targeting customers in emerging markets such as China, Russia and India, which favor high-performance SUVs and crossovers, the new Audi is likely to be called the Q6, a vehicle we first reported on as far back as 2006, and should hit the auto show stands in late 2013 or early the following year.

These latest spy shots depict a test-mule for the car running up some high speed laps at the Nurburgring race track in Germany. A test-mule is basically a rolling test-bed for a new model’s drivetrain and chassis components hidden under the sheet metal of an existing model, in this case a Q5.

However, there are many details we can gather from these latest spy shots. Firstly, the new Q6 will be significantly longer than the Q5 as revealed by the additional panels located in the middle of the cabin section.

A wider track is also visible, as evidenced by the makeshift fender flares. Finally, the test-mule appears to sit much lower than the standard Q5, hinting at the new Q6’s sporty dynamics.

Those silver hub caps are torque measuring devices typically used during the development of traction and stability control systems.

As previously reported, development is just starting, but the outlines are familiar: a five-seat crossover with the all-wheel drive underpinnings but with a coupe-style profile. A sportier Q6 S is also rumored, most likely coming with a supercharged V-6 engine, as is a hybrid variant.

However, it is still too early to determine powertrain options as the sporty crossover isn’t due for several years still.

Stay tuned for the latest details on the Audi Q6 as it breaks.