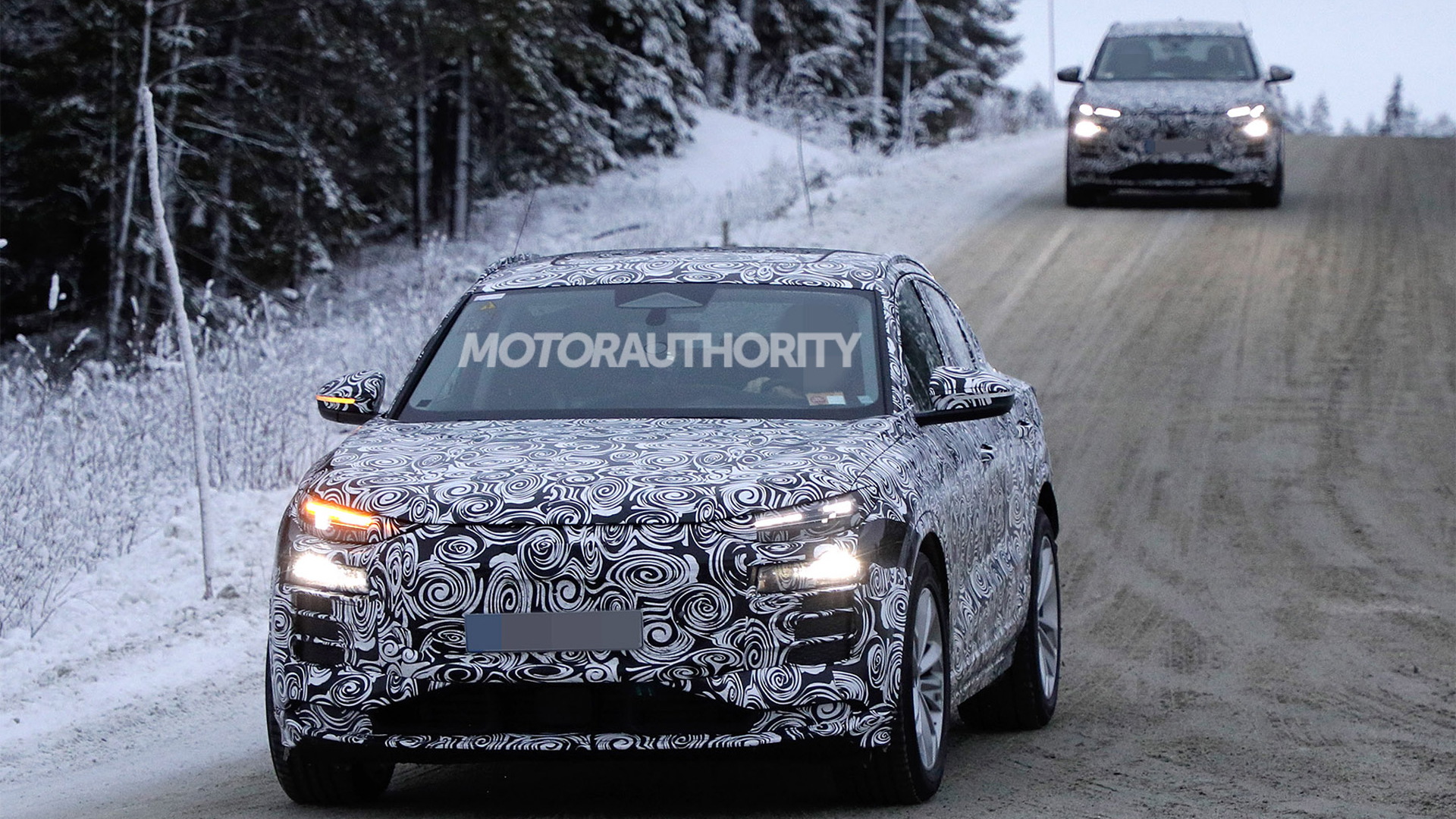 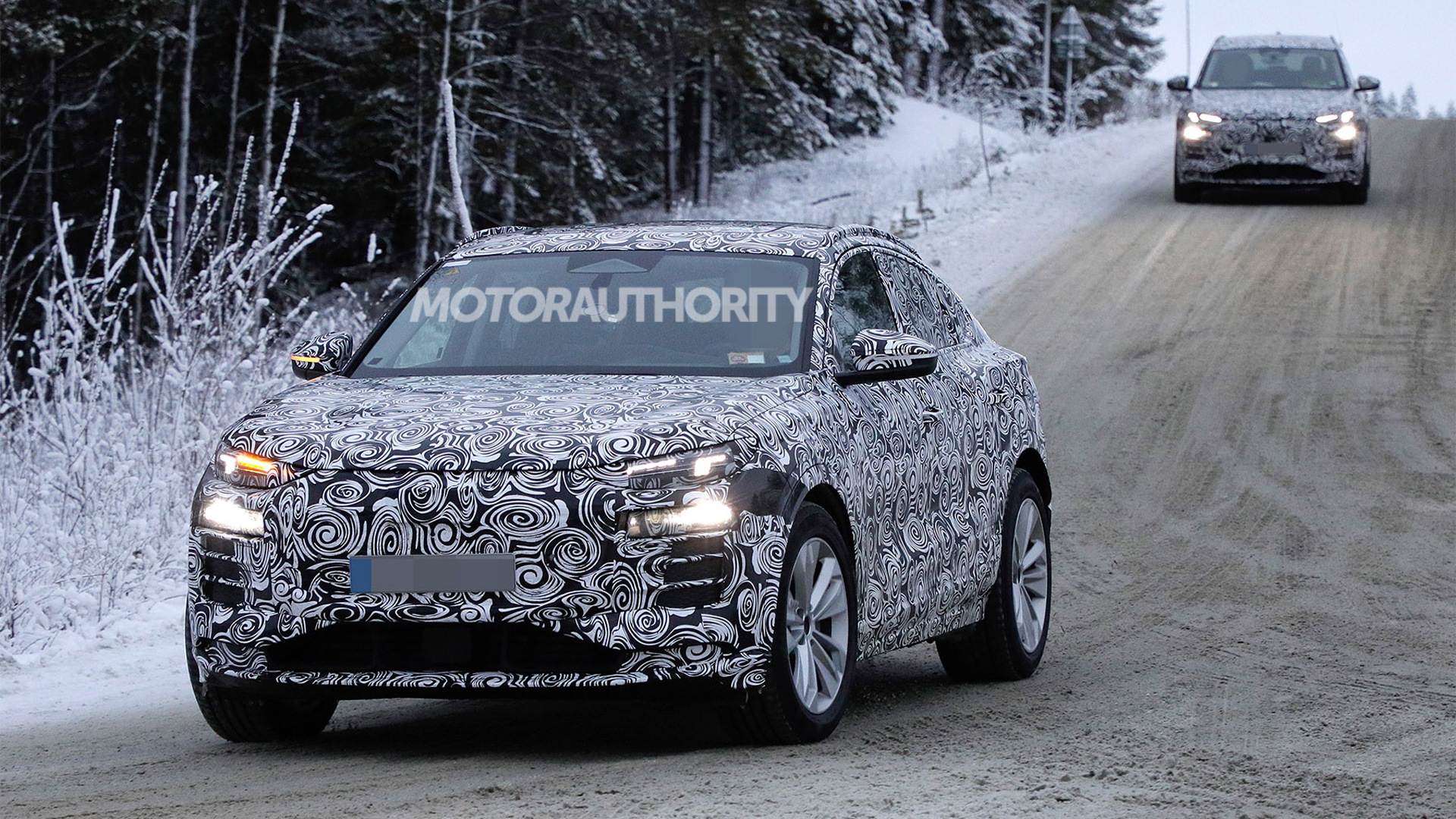 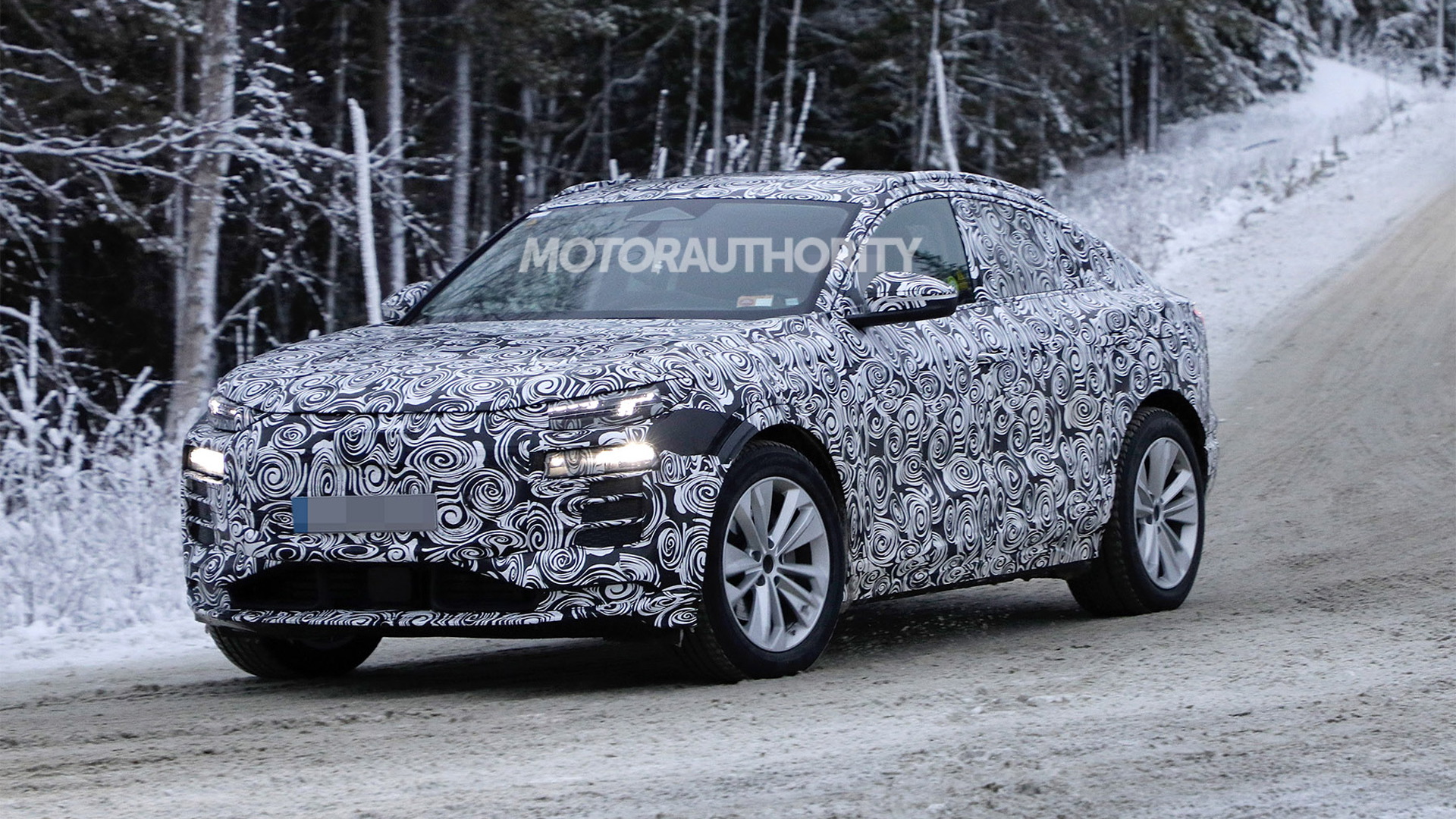 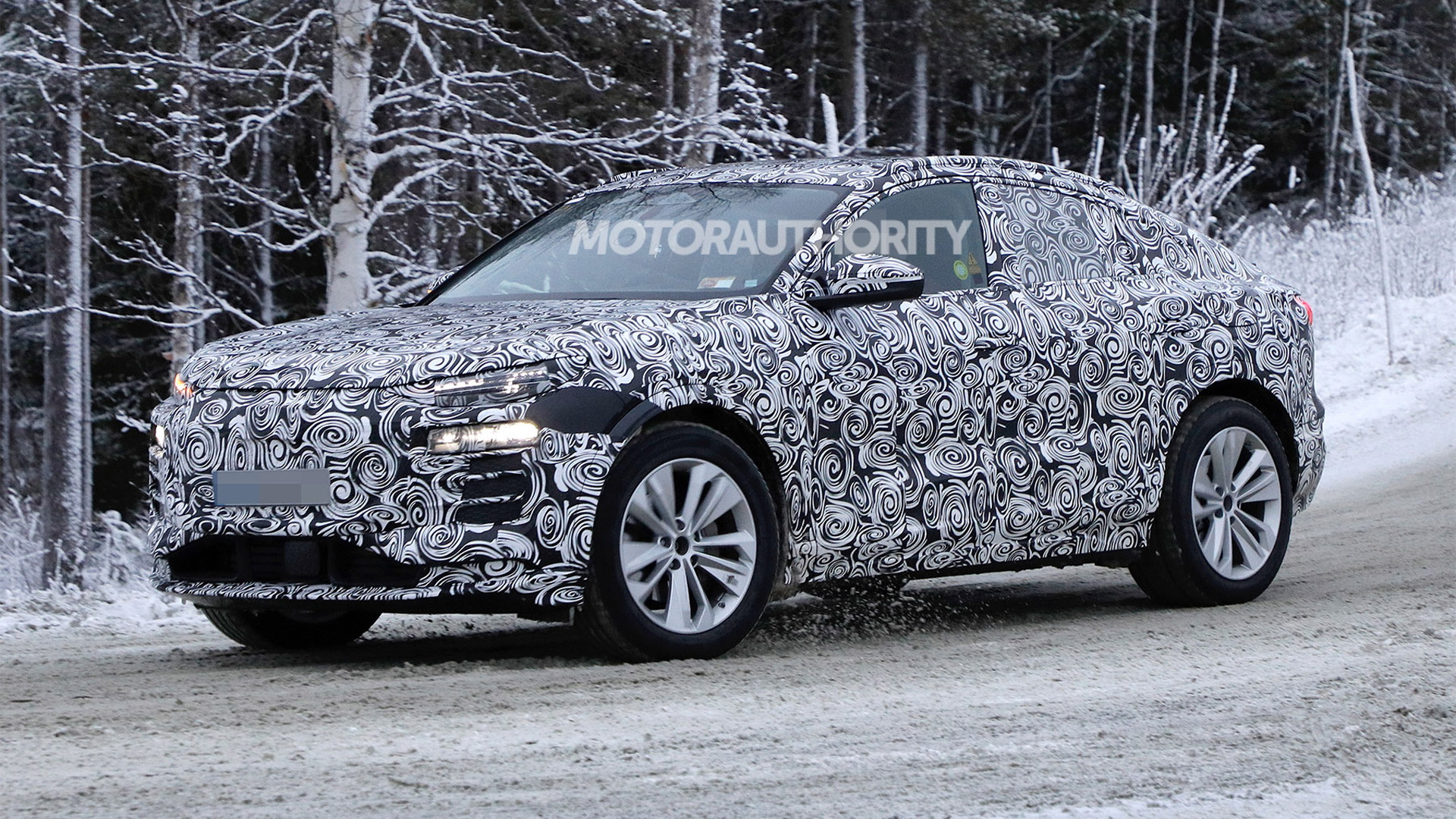 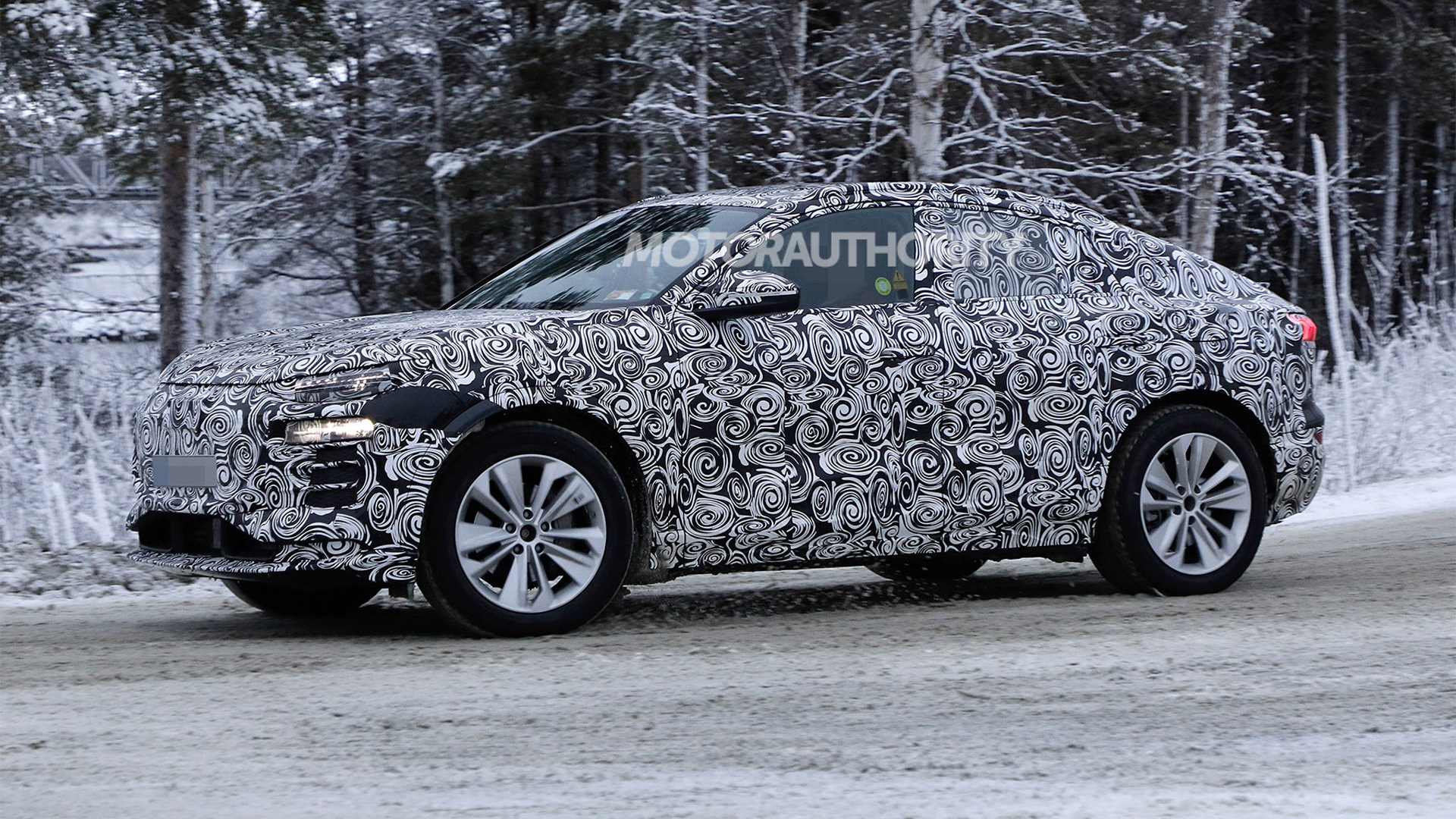 Audi is developing a new electric crossover positioned between the mid-size Q8 E-Tron and compact Q4 E-Tron. It will go by the name Q6 E-Tron, and prototypes have been out and about for more than a year.

Our latest spy shots show a prototype for a coupe-like version to be called the Q6 Sportback E-Tron. It will sit together with coupe-like versions of the Q8 E-Tron and Q4 E-Tron in Audi's growing EV portfolio.

The Q6 E-Tron duo is being developed alongside an electric Porsche Macan. Due to delays, both the Audis and the Porsche are now expected to arrive in early 2024, likely as 2024 models. Underpinning them will be a new Volkswagen Group platform known as the PPE, and primarily developed by Audi and Porsche.

VW Group has been quiet on specs for the PPE platform but we know it will have an 800-volt electrical system, allowing for charging rates as high as 350 kilowatts. Range should also be more than 300 miles for the biggest battery.

For the Macan EV, we know the platform will feature a 98-kwh battery pack and an electric motor driving each axle. At least one Macan EV grade will deliver a combined output of more than 603 hp and 740 lb-ft of torque, something we might also see in a high-performance Q6 Sportback RS E-Tron.

Production of the Q6 E-Tron duo will be handled at Audi's plant in Ingolstadt, Germany, which is being prepared for production of PPE-based vehicles, as well as batteries.

Audi has ambitious plans for EVs: the automaker aims to have 20 in its lineup as early as 2025. Beyond the Q6 E-Tron and Q6 Sportback E-Tron, we'll also see an A6 E-Tron, and electric replacements for the A8 and R8.

Audi also announced last year it will launch its last car equipped with an internal-combustion engine as early as 2026. This means you can expect most models in the Audi lineup to switch to electric power as they are redesigned.