It reads more like a 1950s space race vision of the future than a pragmatic 21st Century theory, but we could now be a step closer to driving a nuclear-powered car.

In light of the recent events in Japan following the tsunami that caused meltdown at the Fukushima nuclear plant, and previous events such as Chernobyl and Three Mile Island, the thought of nuclear power even powering our homes has left many people apprehensive, let alone the vehicles we drive every day.

Laser Power Systems in Connecticut is exploring a safer alternative. Thorium is a lightly radioactive heavy metal thought to be fairly common throughout the world. As with other nuclear fuels it's incredibly dense and as such stores incredibly high potential energy. Charles Stevens, CEO and chairman at Laser Power Systems, says that a single gram of thorium equals the energy of 7,500 gallons of gasoline.

This presents an intriguing prospect.

A car powered by as little as 8 grams of thorium would never need refueling.

Laser Power Systems uses a high intensity laser to heat thorium, exciting the molecules to a point where the element gives off considerable heat. This is then used to create steam from water, which drives mini-turbines. The electricity generated would be used to power the car. In effect, your car would have its own power station under the hood, and Stevens thinks it could weigh as little as 500 lbs. 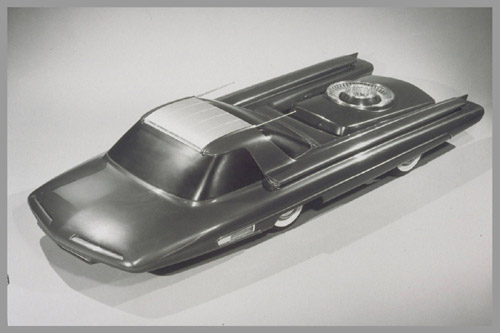 If you're thinking, "Hasn't someone already suggested nuclear powered cars?", you'd be right.

Back in 1958 the Ford Motor Company created a scale model car known as the Ford Nucleon, designed to illustrate how a nuclear-powered car may look. It was an ungainly beast with at least half its overall length occupied by an imposing nuclear reactor.

The Nucleon's reactor would have used uranium fission, similar to how nuclear submarines work. Steam produced by heat from the reaction would drive two turbines - one to drive the car and another to generate electricity. Designers suggested the car could travel around 5,000 miles before it needed refueling.

The huge downside of uranium is its instability, radioactivity and potential for use in weaponry, making it an element you wouldn't really want to see in abundance in your neighborhood.

Thorium is much safer. It only emits alpha radiation, which is weak enough that it can't penetrate human skin - and even less so in the tiny quantities that would be required in cars. The thorium car's 3-inch thick stainless steel container would be more than sufficient to prevent radioactive emissions.

It's also incredibly difficult to turn it into weapons-grade material, so having it freely accessible in cars doesn't present a terrorist risk.

It has other benefits too. It's as common as lead and far more abundant than uranium in the Earth's crust. The U.S. Geological Survey estimates that the U.S. has reserves of 440,900 tons of thorium, Australia over 300,000 tons and India between 319,000 and 716,000 tons - and with every car needing only 8 grams to power it for life, that's a huge potential fuel source.

With reserves that great, it would also make the U.S. energy self-sufficient. Oil demand would tumble and the remaining demand would be for asphalt road surfacing, plastics, lubricants and natural gas. 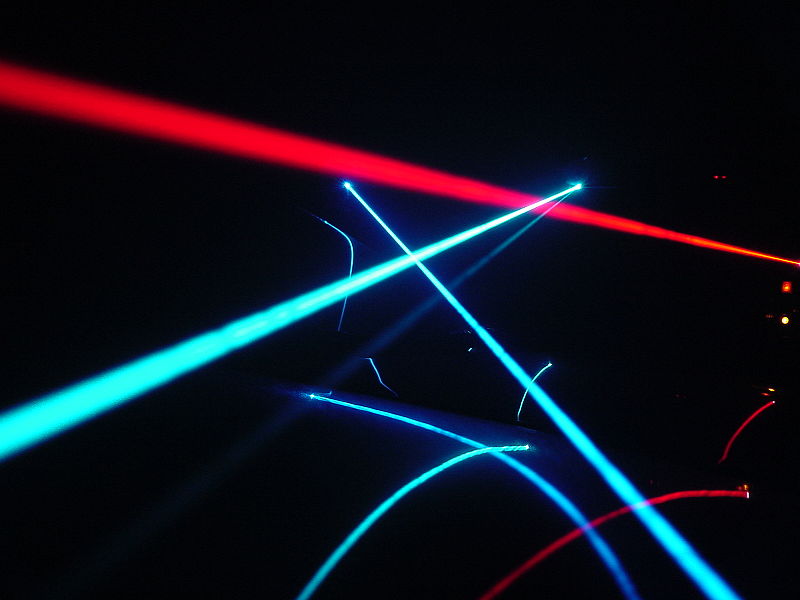 Having read all that, thorium sounds perfect, right? Not quite - as ever, there are catches.

The first is developing a fully functioning powertrain using a laser thorium system. The laser and thorium generator itself could be made small enough, but there also needs to be enough space for a portable and usable turbine and generator, and room for a closed-loop water system where water can be turned into steam and then condensed again.

Reza Hashemi-Nezhad, director of the Institute of Nuclear Science at the University of Syney, Australia, worries that terrorists could process thorium to turn it into uranium 233, commonly used in nuclear weaponry, but Stevens disagrees.

Laser Power Systems' device would not heat thorium to a point that nuclear reaction begins, meaning the system is "subcritical" and the thorium remains in a stable state. It would take incredible heat and energy to produce uranium from thorium.

The laser heating process brings up another issue - cold starting. It could take 30 seconds for the system to generate enough heat to produce steam for the generators, so it's not suitable for a quick getaway. On the plus side, driving an electric powertrain it would be as silent as any current electric car, only with a range of millions of miles.

The only other main problem of thorium is that we simply haven't figured out a suitable way of extracting it from the reserves we have, since it's never been in demand before. A new extraction and production cycle would have to rise to meet the world's demands for the element.

Unfortunately, it's still too early to tell whether we'll be driving around in thorium-powered cars in the future. The carbuying public would have to be educated as to the benefits and safety of such a system to overcome any doubts they might have about a radioactive fuel beneath the hood, and disasters like Fukushima certainly don't ease the nerves.

Laser Power systems plans to create a prototype thorium car within the next few years to demonstrate its theory though, and if it works as well as they suggest it could, the discussion about battery technology could soon become irrelevant and range anxiety a thing of the past...