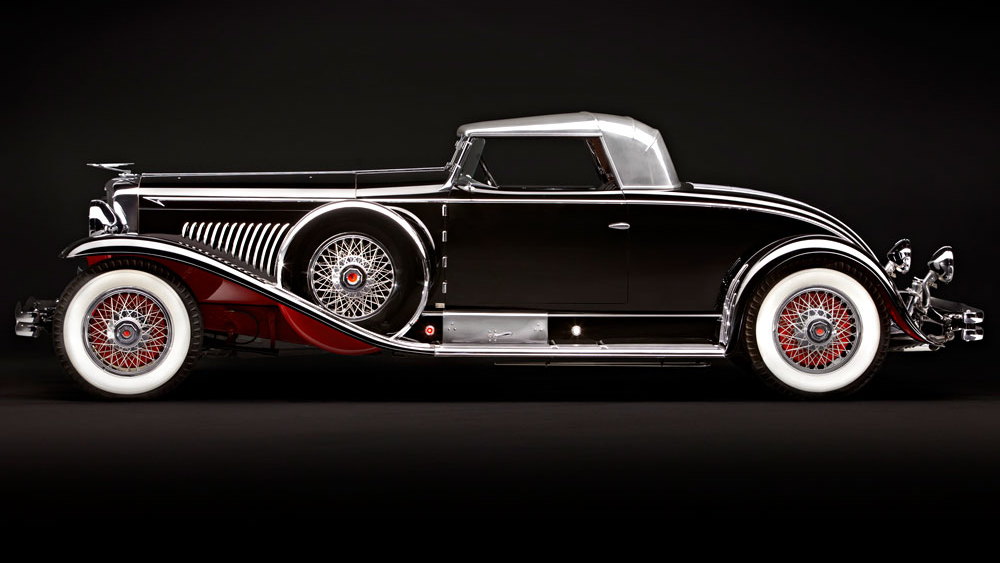 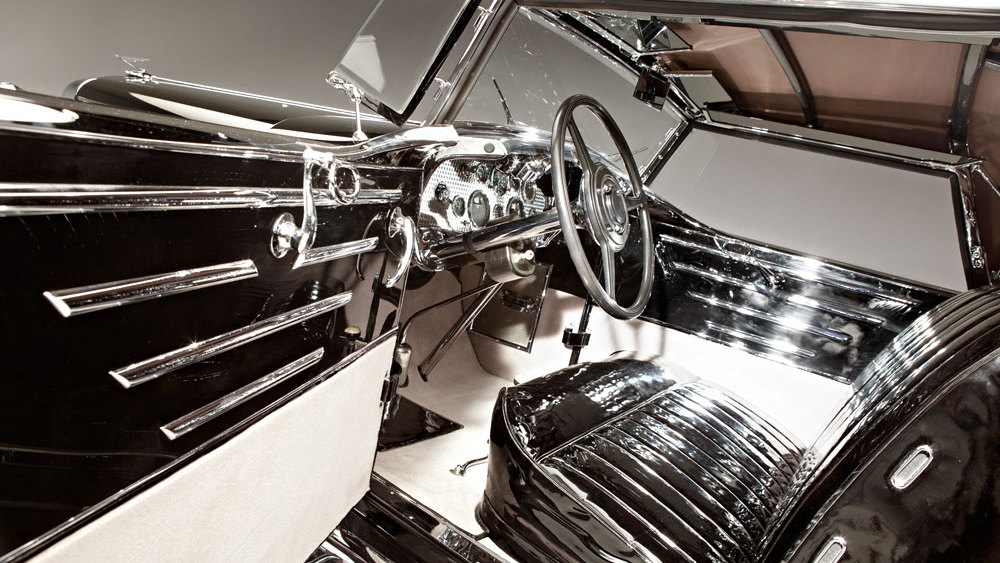 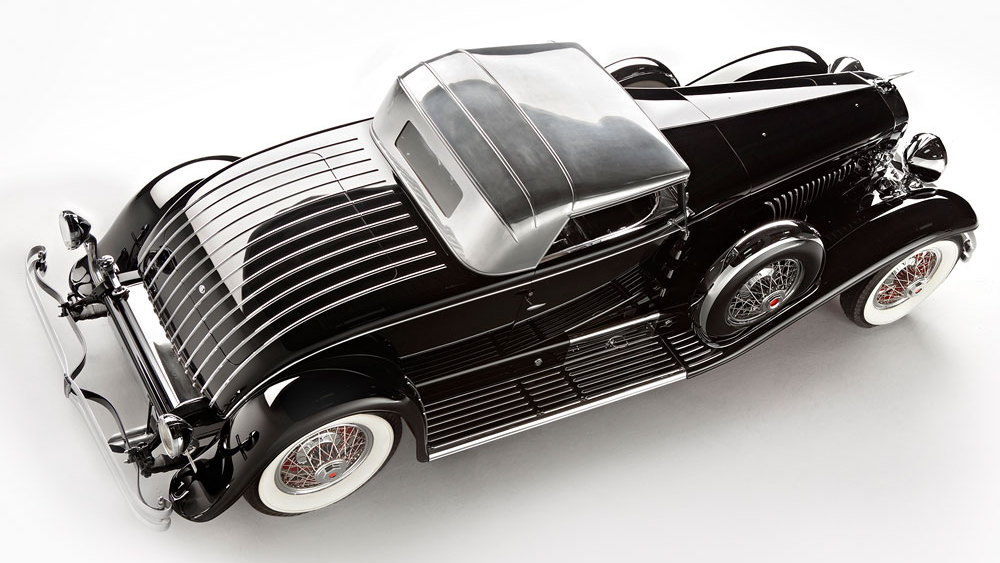 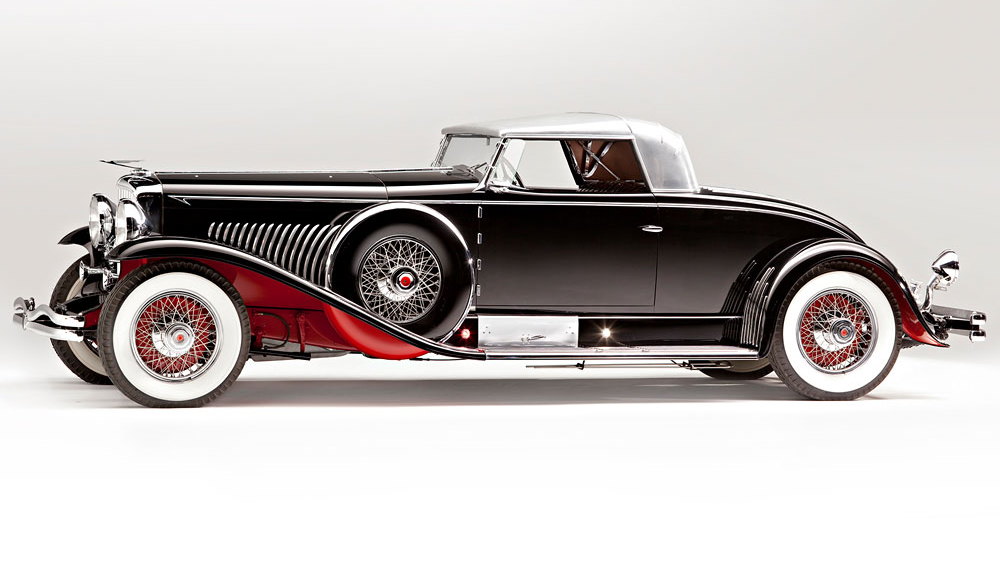 George Whittell, Jr., was sort of the early 20th Century's male version of Paris Hilton--the son of a rich family, he never worked, instead spending his days with fast cars and equally fast women. One of his fantastic Duesenbergs is coming up for auction at the Gooding & Co. Pebble Beach event.

Decked out in more chrome than you could fit on a modern-day car (literally) the 1931 Duesenberg Model J is a two-passenger coupe with a bootlegger's compartment in the trunk and a polished aluminum faux-convertible top. Nautical navigation lights, a wool headliner, and a painstaking attention to detail--not to mention what is either one beautiful restoration job or the most pristinely-kept 80-year-old-car on the planet--all help this car a stunner.

The car didn't come like this from the factory, though. Coachbuilder Franklin Q. Hershey designed the custom tweaks to the vehicle at Whittell's request.

Gooding & Co. expects this uniquely pedigreed Duesenberg to draw a record price when it crosses the block the weekend of August 20-21.