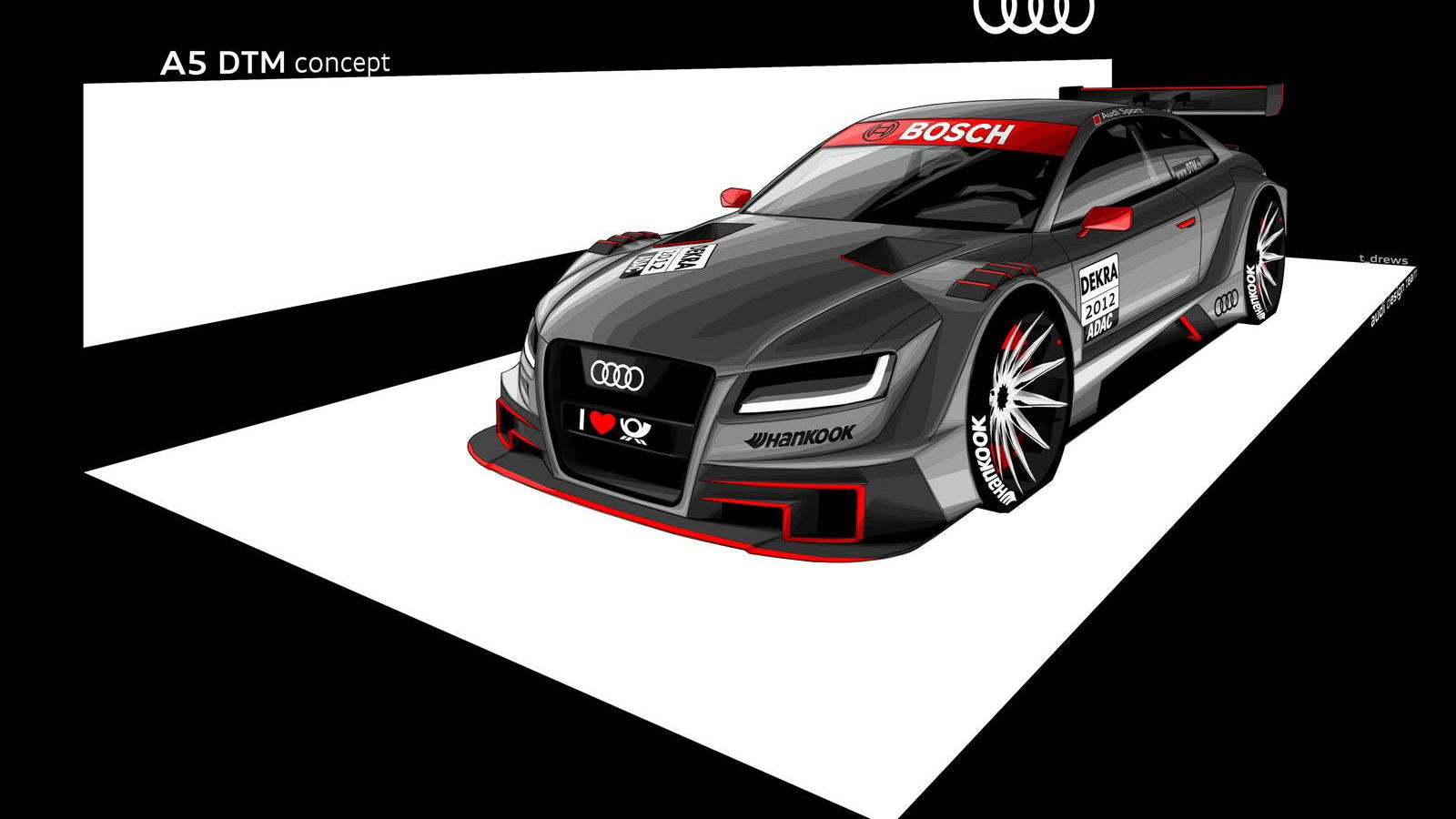 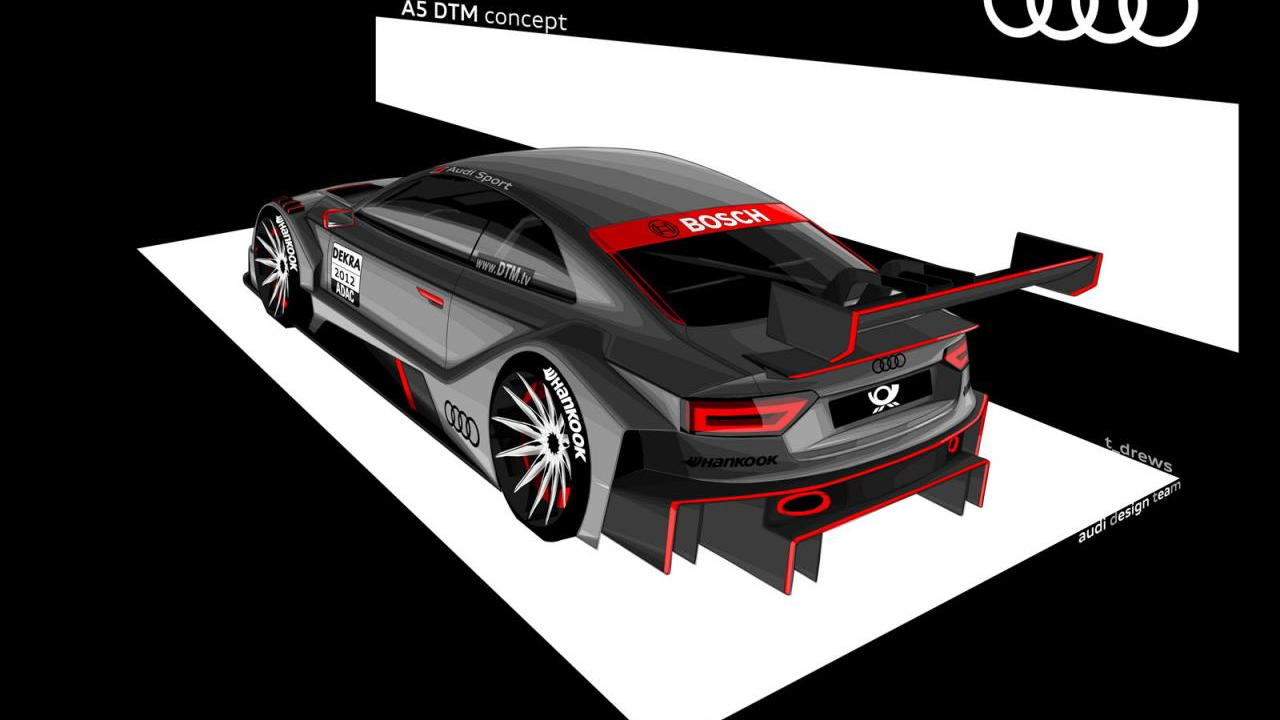 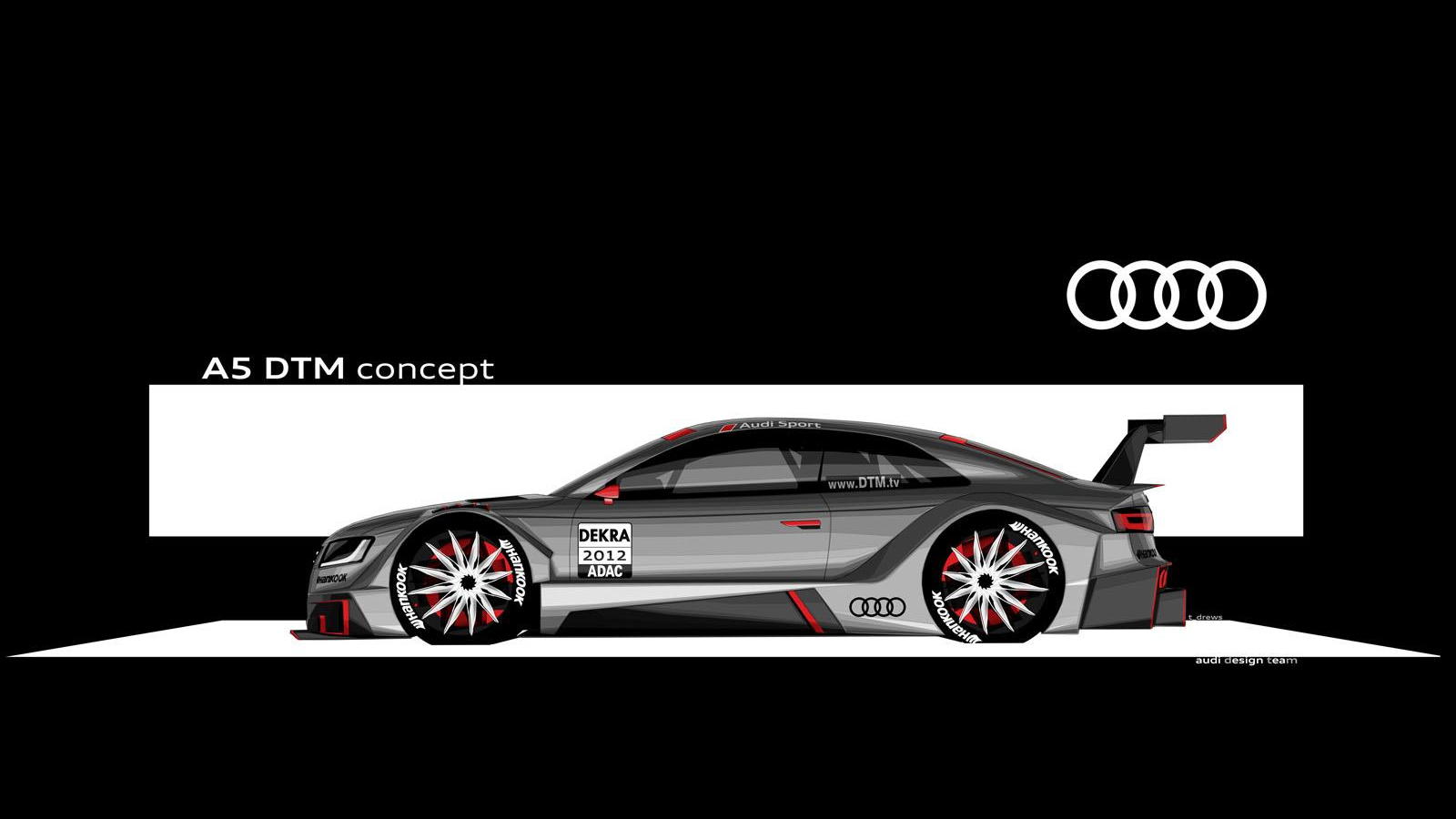 With BMW returning to DTM next year, and the series coming to the U.S. in 2013, Germany's DTM race series is about to get a lot more exciting--and a lot more relevant to U.S. racing fans. Today, Audi's motorsport division released these preview images of the R17 A5 that will campaign what's sure to be an exciting 2012 season.

The current Audi DTM race car is based on the A4, but from 2012, the A5 Coupe will get the nod. As you can see in the sketches, and as you'd expect if you're at all familiar with DTM cars in general, it is only loosely based on the production car's silhouette. It is powered by a 460-horsepower V-8 engine carried over largely unchanged from the current A4 race car.

Extreme lowering, widening, and aerodynamics work will be done to the A5 to lower its center of gravity, increase its track width, and create downforce, all in the name of improved cornering ability. A carbon fiber monocoque, like all DTM cars, underpins the A5 racer's chassis, with a steel roll cage, a special Zylon and Rohacell construction for the car's sides to better handle impact with other cars and walls, and a full fire suppression system. From 2012, the fuel tank will be integrated into the carbon monocoque to further reduce the risk of fire in a side-impact crash.

The new regulations for the 2012 season are part of what prompted the change from A4 to A5, but Audi thinks it has the formula for success nailed down already. "We've got exactly the right model for that in the A5. We're convinced that we'll be able to continue Audi's success story with it in the DTM," said Wolfgang Ullrich, head of Audi Motorsport.

The A5 DTM car will be unveiled in the sheetmetal at the Frankfurt auto show in September. BMW just revealed the concept for its 2012 DTM entry this afternoon.