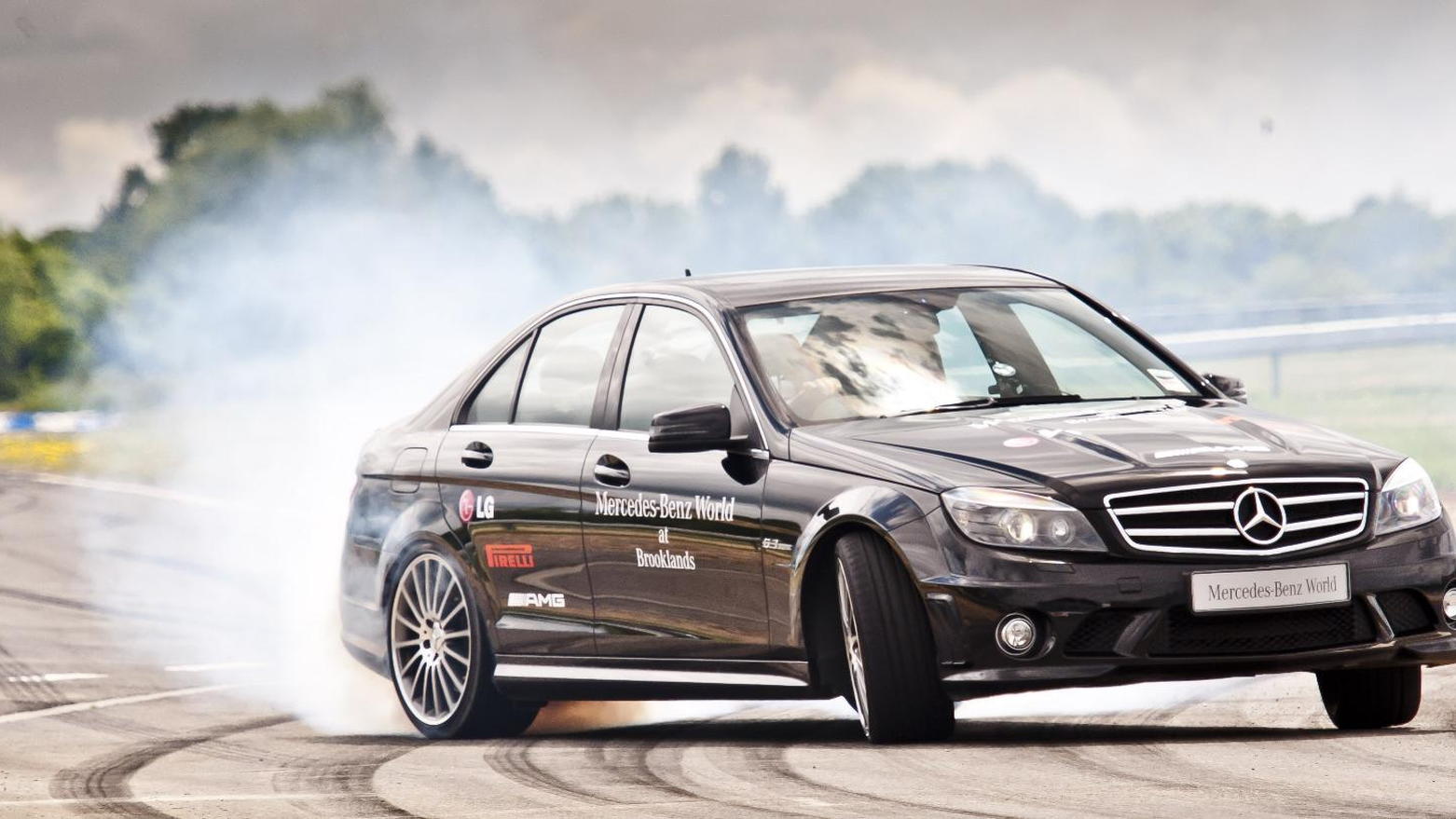 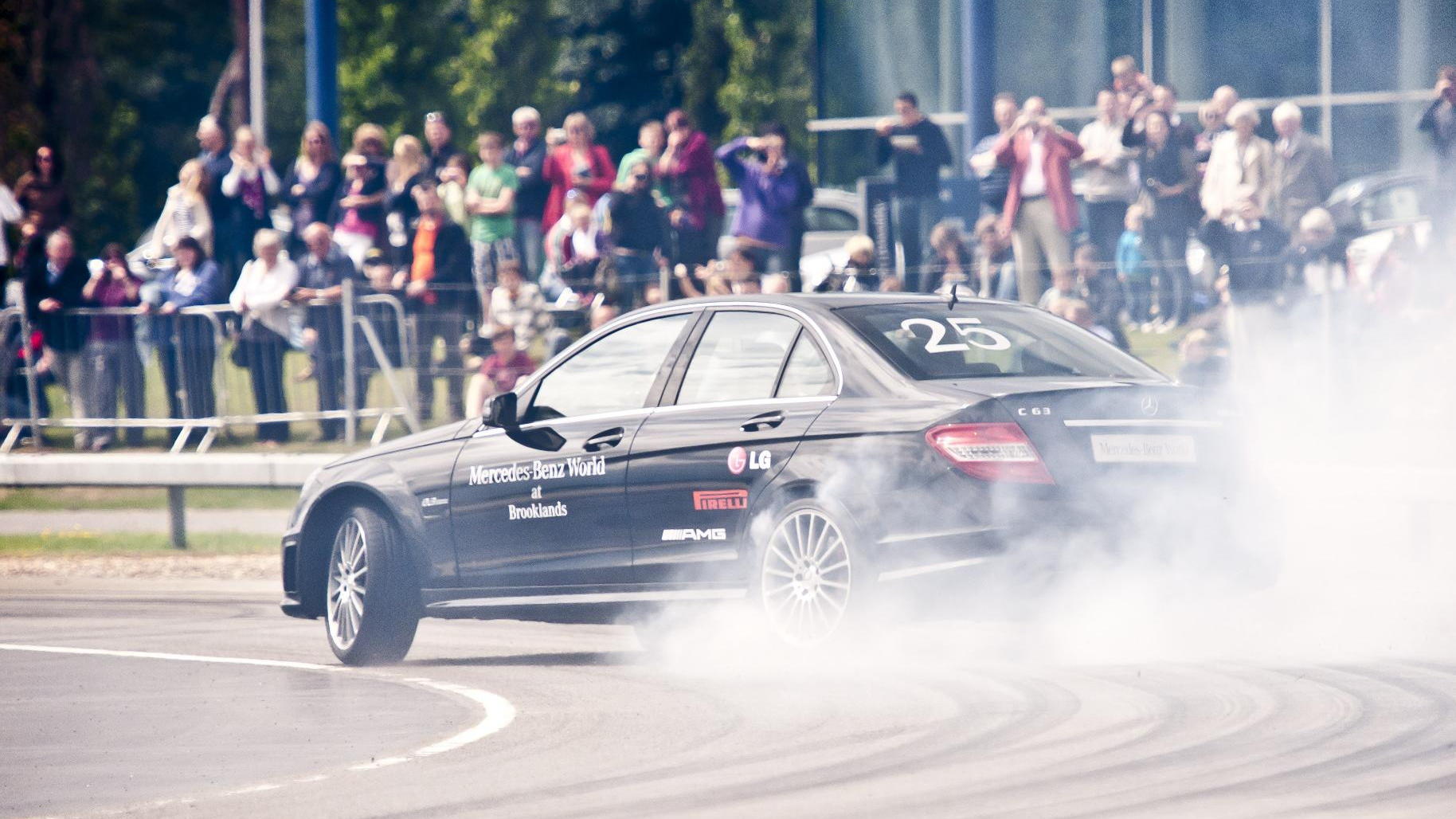 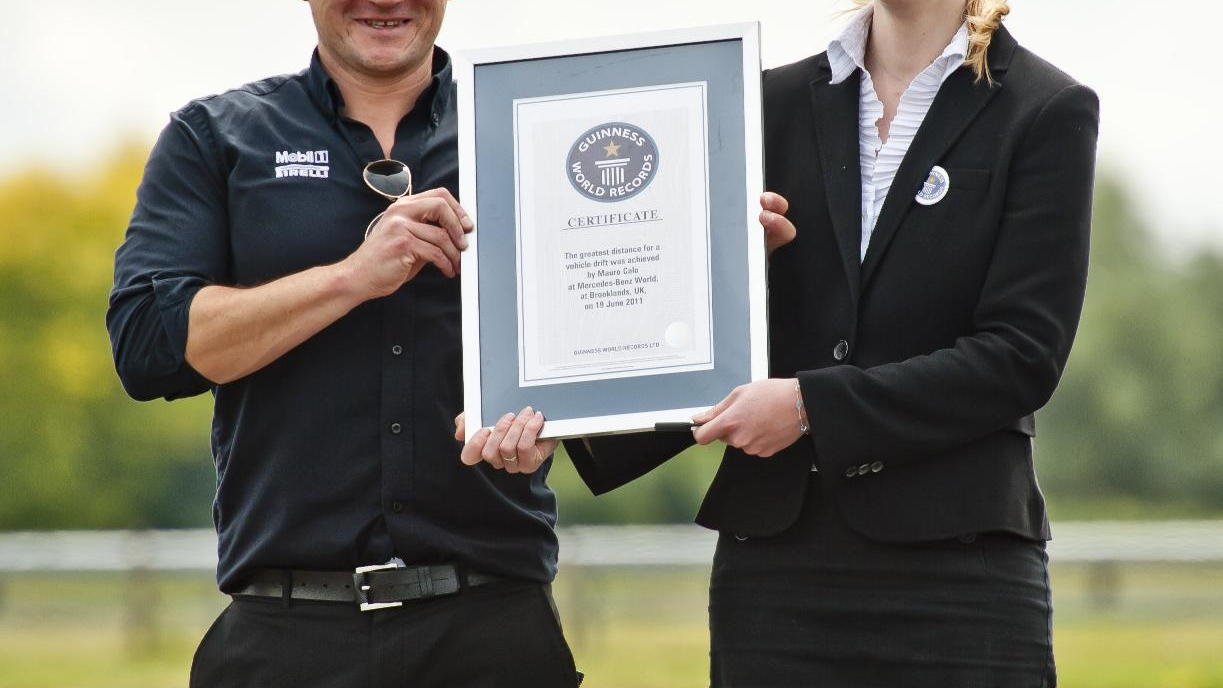 Sliding a car around a circle, tires blazing, looking out the side window, Mauro Calo drove his way into the record books this Sunday, keeping the drift up for a record 2,308 meters, or bit over 7,572 feet.

The new record is 394 meters (1,292 feet) longer than the previous world record. Calo set the new record on the Handling Circuit at Mercedes-Benz World in Weybridge Surrey, U.K. In total it took nearly eight full laps of the 360-degree skidpad to claim the new record.

“When Mauro approached us to hold his record breaking attempt on the circuit at Mercedes-Benz World we were happy to offer him the support," said Andrew Mallery, commercial operations director for Mercedes-Benz Cars in the U.K. "He has been a valuable member of the driving experience team for several years and is a respected driver in the industry, so there was no doubt he would achieve his aim."

Calo is a professional driver for Mercedes-Benz World, familiar with performance and precision driving exhibitions.  Calo fell short of his goal of a 10,000-foot drift, but got close enough to grab a record.