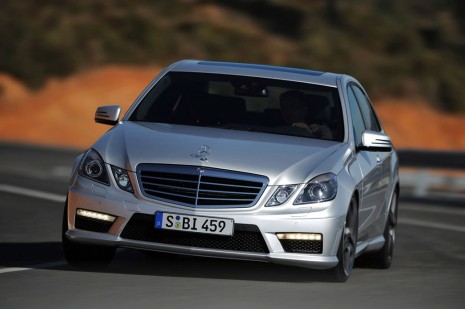 Drifting defines adolescent ridiculousness, yet we can’t get enough of it. The style of driving--if you can call it that--requires a driver to intentionally over steer, causing loss of traction in the rear wheels through turns, while maintaining vehicle control and a high exit speed. Let’s just say, it’s a lot easier said than done.

The current world record for a drift stands at 8,000 feet, which is around one and a half miles. A man by the name of Mauro Calo, a Mercedes-Benz demonstration driver, now wants to smash that record by completing a single drift that will carry him past the 10,000 feet mark--a little under two miles.

Calo plans to take to a track in Surrey, England and will be attempting the feat in a late model Mercedes-Benz model, either a C63 or E63 AMG.

To cover the 10,000 feet, Calo will be traveling at around 55 mph and will need to focus on sustaining the drift for around four minutes.

Making the task all the more difficult is the fact that the track Calo has selected has a narrow perimeter design, with the tarmac barely as wide as a car length in some parts.

Nevertheless, he’s 100 percent confident he can do it. For now, no date has been set but we’ll keep you updated on his progress.