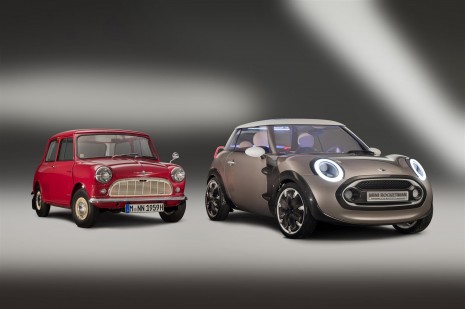 MINI recently announced an $800 million investment deal for its plant in Oxford, UK to prepare for production of its third-generation Cooper model. The new model, spy shots of which have already surfaced, will be based on a new front-wheel drive platform dubbed UKL, which will be used by BMW for its own range of entry-level hatchbacks.

This new platform has been designed from the ground up to be as flexible as possible, with alternative powertrains, multiple bodystyles and both front- and all-wheel drive configurations planned.

This is because the MINI lineup will be growing in the coming years, with the boss of the BMW Group Norbert Reithofer suggesting that up to 10 different models may be launched.

Speaking at the announcement of the $800 million investment deal in London this past week, Reithofer said that he could “imagine 10 MINIs”.

Such a possibility doesn’t seem so far-fetched when you consider that we already have the regular Cooper and Cooper Convertible, Cooper Clubman, and Cooper Countryman, as well as a new Cooper Coupe and Cooper Roadster just around the corner.

Not only that but MINI has already confirmed plans for a production version of its Cooper Countryman-based Paceman concept and just this week we reported that the MINI Rocketman is also destined for production.

So with these models that tally already stands at eight individual MINIs, but what could the last two be?

There’s a strong chance that one of these will be alternative fueled model, most likely an all-electric MINI. You may recall that BMW originally started electric car trials using the MINI E prototype.